Accessibility links
Twitter CEO Jack Dorsey's Job In Peril As Activist Investor Takes Stake Twitter's CEO Jack Dorsey is at risk of losing his job after a powerful investor is pushing for change. It thinks Dorsey, who is also CEO of another company, is not focused enough on Twitter. 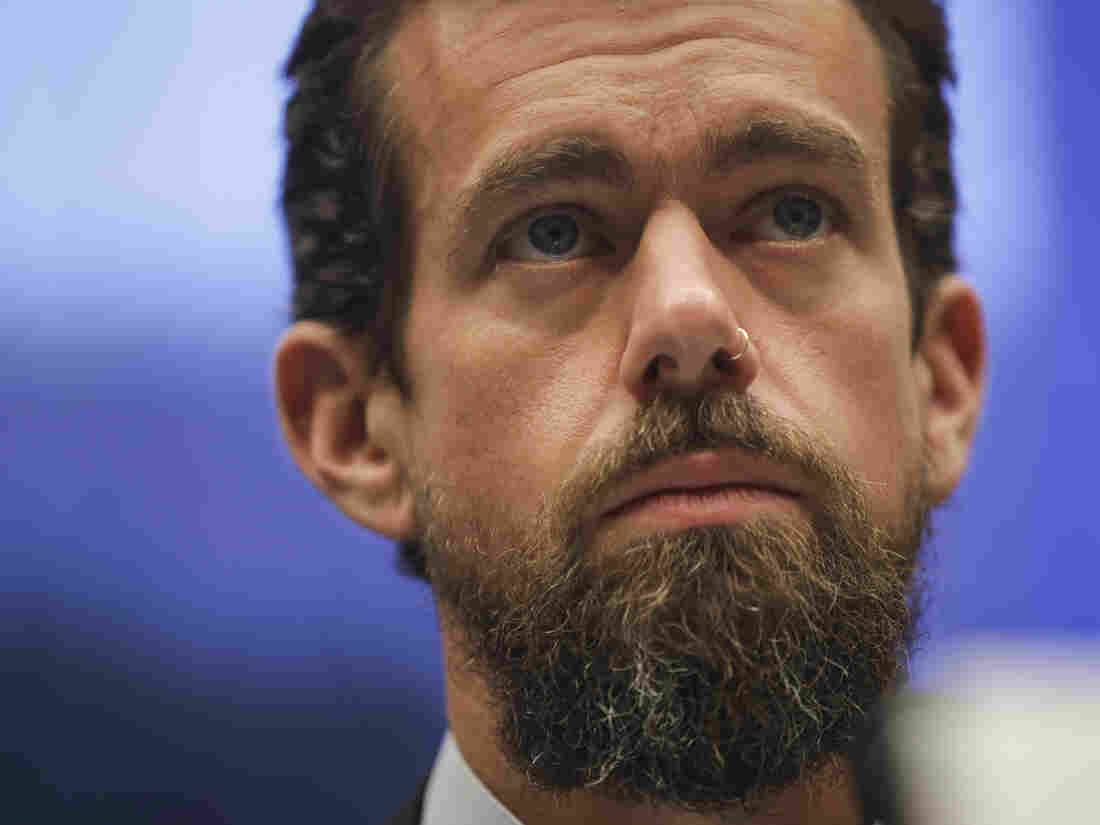 Jack Dorsey's dual roles as CEO of Twitter and Square is drawing pressure from an activist investor, which is pushing for changes at the social media company. Drew Angerer/Getty Images hide caption 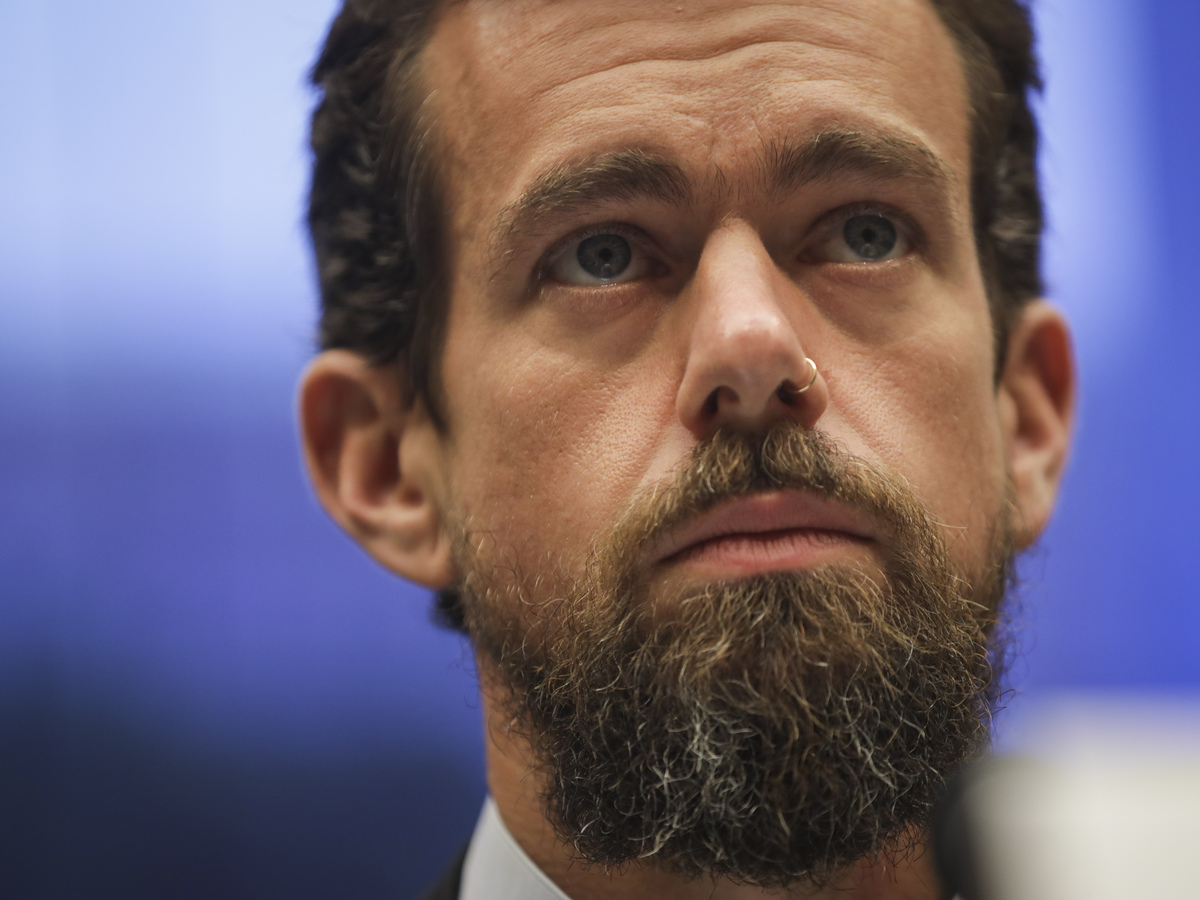 Jack Dorsey's dual roles as CEO of Twitter and Square is drawing pressure from an activist investor, which is pushing for changes at the social media company.

Jack Dorsey isn't your regular CEO. He often says and does things that raise eyebrows.

Now, one large investor has had enough. The powerful hedge fund Elliott Management has bought a sizable stake in Twitter in hopes of bringing change to the social media company.

Elliott is concerned that Dorsey hasn't focused enough on Twitter, because he is also chief executive of payments company Square. The hedge fund is pushing for a CEO whose sole job is running Twitter.

Adding pressure, Elliott has nominated four directors to the company's board, according to two people familiar with the matter. The two sides have had constructive talks, according to the people, who were not authorized to speak publicly. Twitter and Elliott declined to comment.

The worry is that under Dorsey's leadership, Twitter is not poised to capitalize on a flood of news this year, including the U.S. presidential election, the summer Olympic Games in Tokyo and the coronavirus outbreak, that could attract people and advertisers to the platform.

The soft-spoken Dorsey has brought attention to himself for many things beyond his unusual twin CEO jobs, which have him splitting his time between Twitter and Square.

He recently tweeted that he is moving to Africa for three to six months in 2020. He told Wired Magazine he eats just one meal a day and tries to spend two hours a day meditating. In 2018, he got a lot of criticism over a silent meditation retreat he went on in Myanmar. He tweeted that during the 10-day "vipassana" retreat, he stayed away from "devices, reading, writing, physical excercise (sic), music, intoxicants, meat, talking, or even eye contact."

For my birthday this year, I did a 10-day silent vipassana meditation, this time in Pyin Oo Lwin, Myanmar 🇲🇲. We went into silence on the night of my birthday, the 19th. Here’s what I know 👇🏼

As Dorsey tweets about his life choices, investors have become restless about whether he's the right CEO to lead Twitter.

The company has struggled to grow its business at the same pace as its biggest competitors in Silicon Valley. That includes the much-larger Facebook, as well as newer apps like Snapchat and TikTok that are popular with young people.

While Twitter has hundreds of millions of users and is popular among celebrities, the media and political figures, notably President Donald Trump, critics say it has been slow to innovate. It has also struggled with misinformation and handling abusive users and trolls.

Twitter's quarterly revenue, mainly from ads, passed $1 billion for the first time at the end of last year. Facebook, by contrast, reported $21 billion in sales in the same quarter, and has billions of users.

Twitter's shares are worth less now than they were when Dorsey returned as CEO in 2015. He was the company's founding CEO, but left in 2008 after a falling out with another co-founder.

"I think product development has been anemic," said Scott Galloway, a marketing professor at NYU who bought Twitter shares because he thought it was undervalued. "I think their business model is flawed, But more than anything, you know, the lowest lying fruit here is to find a full time CEO."

Dorsey's Africa plans spurred Galloway to write a letter to Twitter's board in December calling on them to replace Dorsey. Galloway said he never got a response, and has since sold all his shares.

Sad to be leaving the continent…for now. Africa will define the future (especially the bitcoin one!). Not sure where yet, but I’ll be living here for 3-6 months mid 2020. Grateful I was able to experience a small part. 🌍 pic.twitter.com/9VqgbhCXWd

In Elliott, Twitter faces a much more formidable antagonist. The hedge fund manages nearly $40 billion in assets and has made a name for itself taking on big companies. It has successfully pushed for changes at eBay and AT&T, and it recently took a stake in SoftBank, the Japanese conglomerate.

"Elliott is pretty notorious for being activist," said Michael Pachter, an analyst at Wedbush Securities. "Their history has been to pick battles that they think they can win."