Accessibility links
Super Tuesday Results Could Show Democrats' Impact In Texas For Texas Democrats, the state's Super Tuesday primary could help define the shape of a party that's on the rise after more than two decades of being shut out of power. 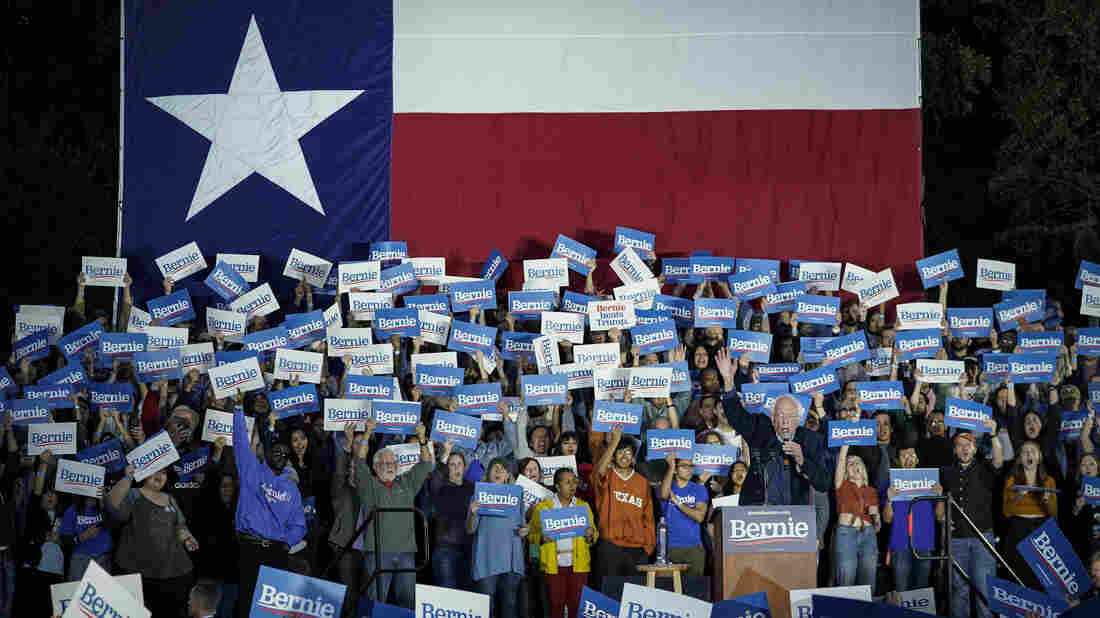 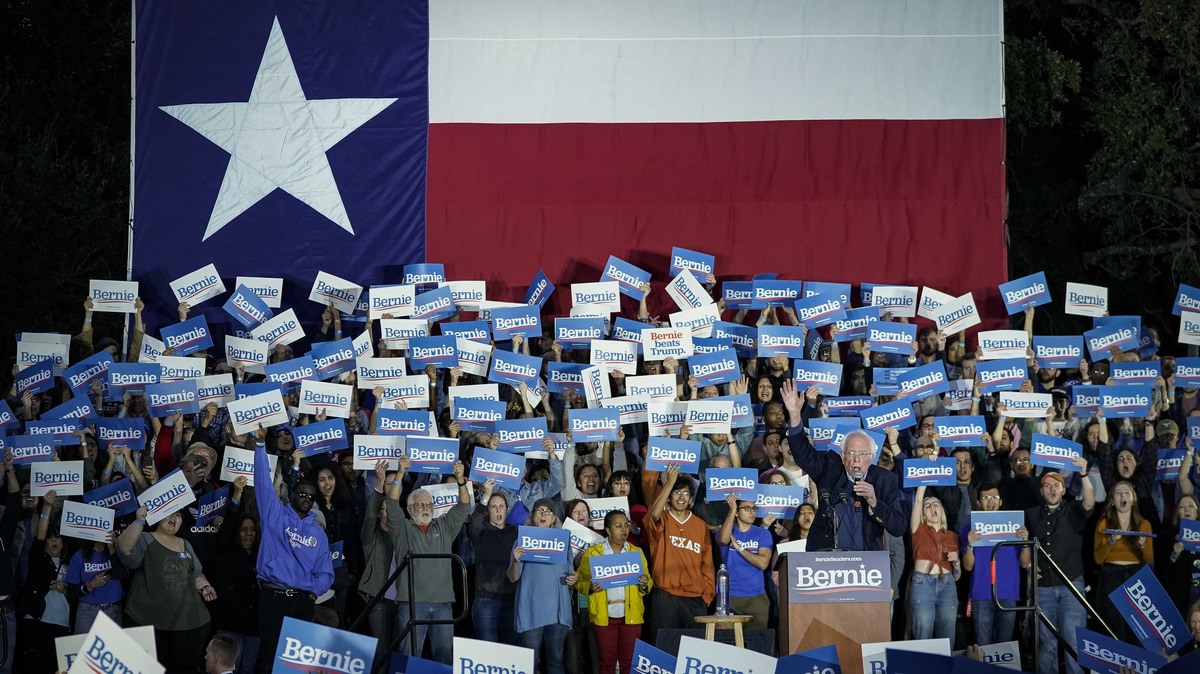 Democratic presidential candidate Sen. Bernie Sanders of Vermont speaks during a campaign rally this month in Austin, Texas. The state's electorate is undergoing a rapid demographic change that's making the state more hospitable to Democrats for the first time in a generation.

For Texas Democrats, the state's Super Tuesday primary could help define the shape of a party that's on the rise after more than two decades of being shut out of power.

During the Trump administration, the party has experienced a surge of new voters — ranging from suburban voters in areas of Texas historically dominated by Republicans to a new crop of young, racially diverse voters.

With so many changes, it's "really hard to predict virtually anything," said Brandon Rottinghaus, a political science professor at the University of Houston. But Super Tuesday, and how progressive the winning candidate is, could be a first look at where the party is headed.

"All Democrats agree that they want to turn Texas blue, but exactly what shade of blue is still in question," Rottinghaus said.

Here are a few of the shifts happening in the state and trends to watch as Texans cast their ballots during the March 3 primary:

In the past decade, Texas has been home to many of the country's fastest-growing cities. While population growth has slowed across the U.S., in Texas there has been consistent growth.

A significant part of the state's growth has been domestic migration — people moving to Texas from other states. Most of the people moving to the Lone Star State have been coming from Democratic-leaning states, including California, New York and Illinois. Many are also moving from Florida, which is evenly divided between Democrats and Republicans.

"Texas is booming in a way that is changing the political dynamics," Rottinghaus said.

In particular, it's making Texas politics more like national politics.

Jim Henson, a pollster with the Texas Politics Project at the University of Texas at Austin, said the state's Democratic voters have been shifting slightly more to the left as the national Democratic Party has become more liberal.

"Despite what Texans often want to think, we are part of the rest of the country," Henson said. "The national political shifts that we have seen happen elsewhere in the country are happening in Texas a little bit late."

2. Younger and more racially diverse Texans are turning out to vote.

Democrats saw some fairly significant electoral gains in 2018. The party came closer to winning a U.S. Senate race than it had in decades, and it flipped several congressional and statehouse seats.

During the 2018 midterm elections, there was a huge surge in turnout in Texas, which has long had one of the lowest voter participation rates in the nation. In the March primaries that year, Democratic turnout in particular more than doubled compared with four years earlier.

Some of those gains have been attributed to a rise in young people and people of color voting, both groups that skew toward Democrats in the voting booth.

Texas is one of the youngest states in the country. About 40% of the population is under the age of 30, and more than 60% of those young people are people of color, largely Latino.

And while turnout among voters under 30 has historically been extremely low (just 8% in 2014), turnout among these voters tripled compared with the previous midterm election.

The midterm electorate in 2018 was also more racially diverse than in the past, with turnout among black and Latinx Texans significantly higher.

3. Democrats are drawing in voters from the suburbs.

Some of those electoral gains for Democrats were also aided by the support of voters in Texas who have historically supported Republicans.

"These are places that are suburban Texas that have been the haven for Republicans for so long, but now are shifting," Rottinghaus said. "You have got swing voters who are willing to cross the line and vote for Democrats instead of voting for Republicans."

Suburban counties around Austin, including Hays and Williamson counties, flipped to Democrats for the first time in decades.

President Trump has accelerated those shifts.

"I had worked in Republican politics when I was young and then became a schoolteacher," said 75-year-old Dorothy De La Garza, who is voting for the first time in a Democratic primary. "I had no idea that I would ever be disappointed in a Republican president the way I am in this one."