Accessibility links
Public Enemy 'Moving Forward' Without Flavor Flav After Bernie Sanders Rally The hype man and former reality television star was dismissed from the legendary rap group he co-founded after sending the Sanders campaign a cease-and-desist over a performance on Sunday. 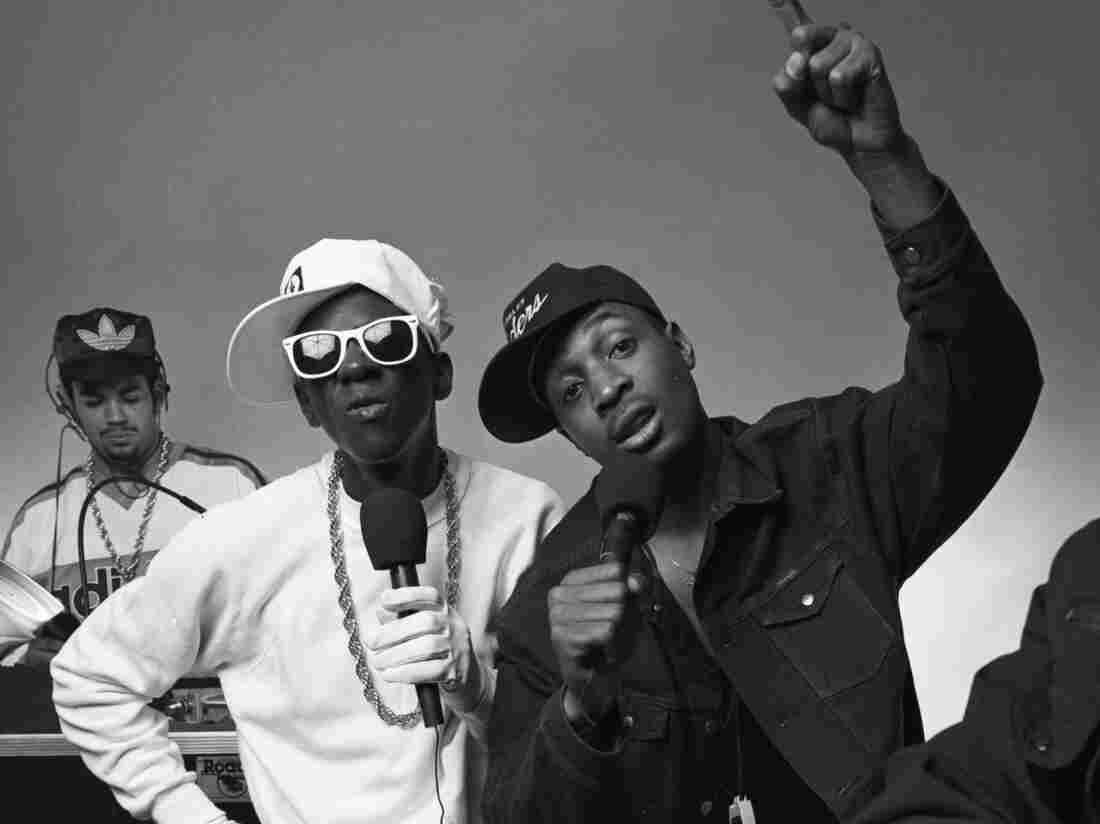 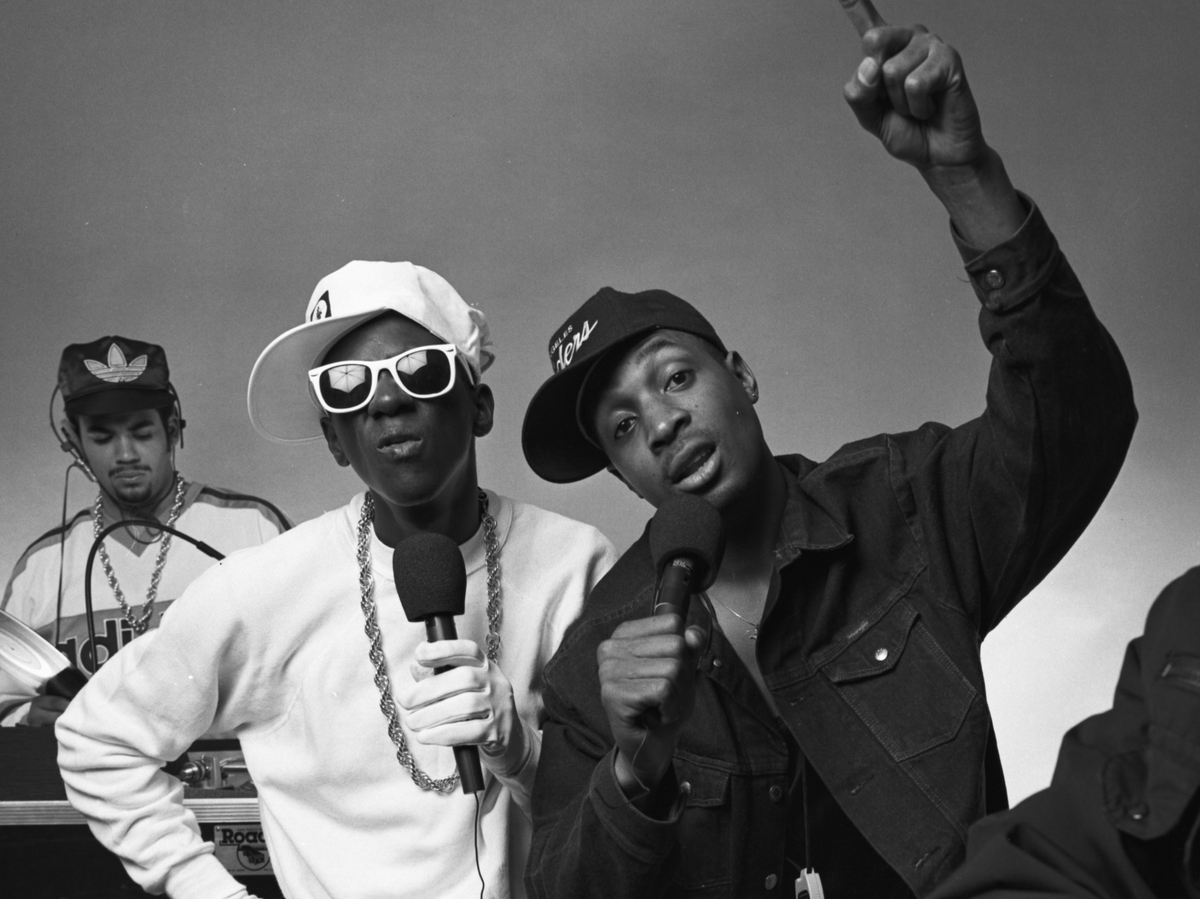 Flavor Flav, prototypical hype man of the legendary and socially forward rap group Public Enemy, has been, it would seem, let go.

According to a statement issued on Sunday by Public Enemy, which Flavor Flav and Chuck D co-founded in the early '80s, the group and another iteration of it, Public Enemy Radio, "will be moving forward without Flavor Flav." The statement went on to "thank him for his years of service." A trademark for Public Enemy is registered solely to Chuck D under his given name, Carlton Ridenhour.

Bernie Sanders introduces Public Enemy ahead of its performance during his Los Angeles rally.

Flavor Flav responded to the announcement on Twitter on Monday afternoon, writing: "You wanna destroy something we've built over 35 years ... all because I don't wanna endorse a candidate." The statement seemed to contradict claims from Chuck D that the split was over remuneration, not political ties.

Monday evening, Public Enemy released another statement in response to the accusation that Flavor Flav's removal was motivated by politics. In it, the group says, as Chuck D alluded to earlier on Twitter, that Flav's no-show to a 2016 benefit tied to Harry Belafonte was "the last straw" and that Flav "always chose to party over work."

The irony that politics was the final straw for Public Enemy...

The firing arrived the same day as a performance by Public Enemy Radio — a group consisting of Chuck D, DJ Lord, Jahi and S1Ws — during a Bernie Sanders rally in Los Angeles. That scheduled performance prompted Flavor Flav to send a colorful cease-and-desist letter to the Sanders campaign over the appearance, claiming the campaign was using his likeness without permission.

After the Sanders rally, Chuck D claimed on Twitter that Flav had long declined to perform at unpaid events and that he began Public Enemy Radio in response to the refusal. 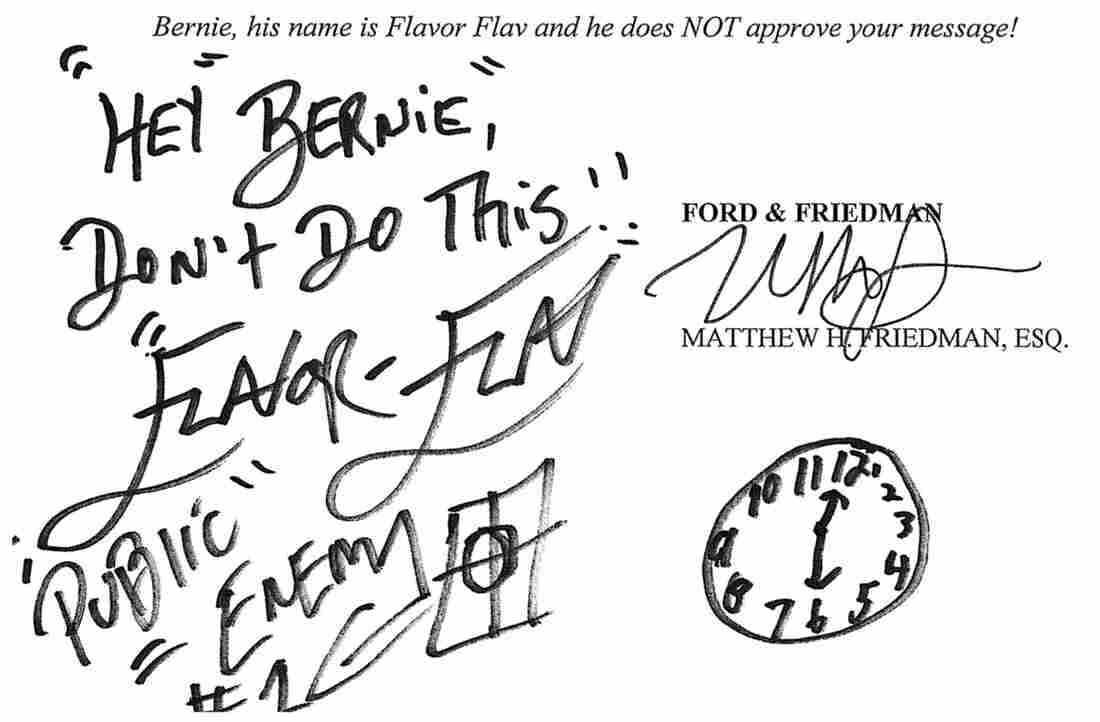 Updated March 3, 8:23 a.m. ET to include a subsequent statement from Public Enemy.