Accessibility links
What Super Tuesday Voting Sites Are Doing About Coronavirus With concern growing about the spread of the coronavirus, officials in a number of Super Tuesday states are taking extra precautions to assure voters that it's safe to go to the polls. 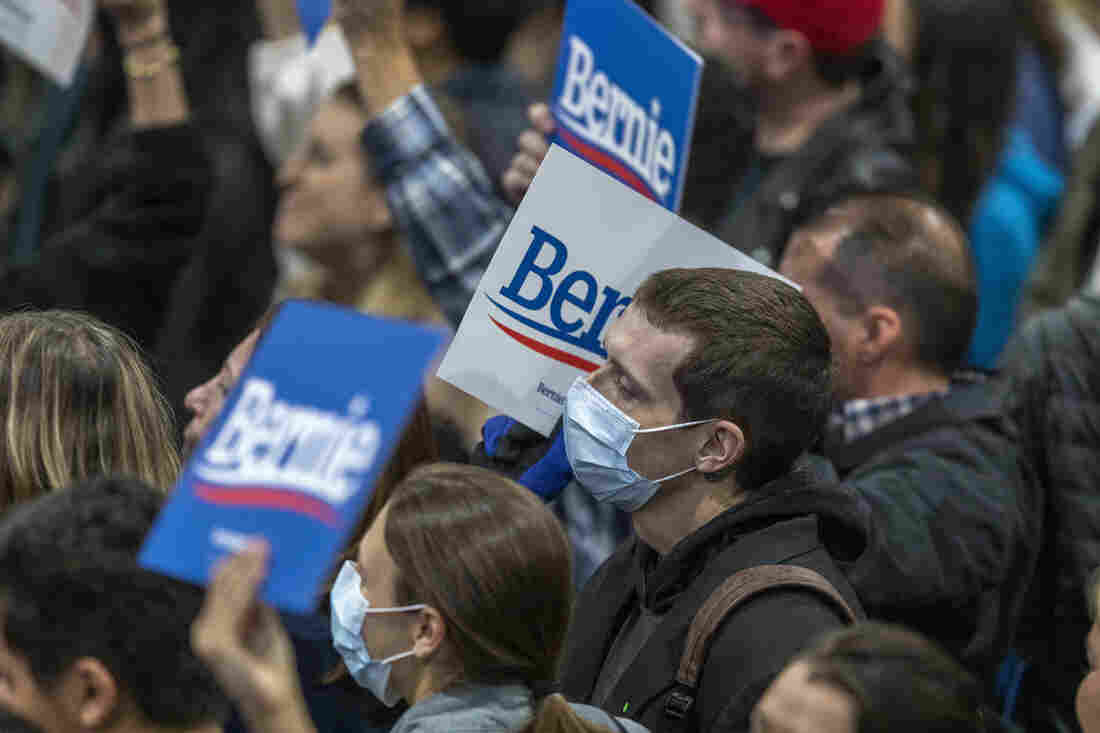 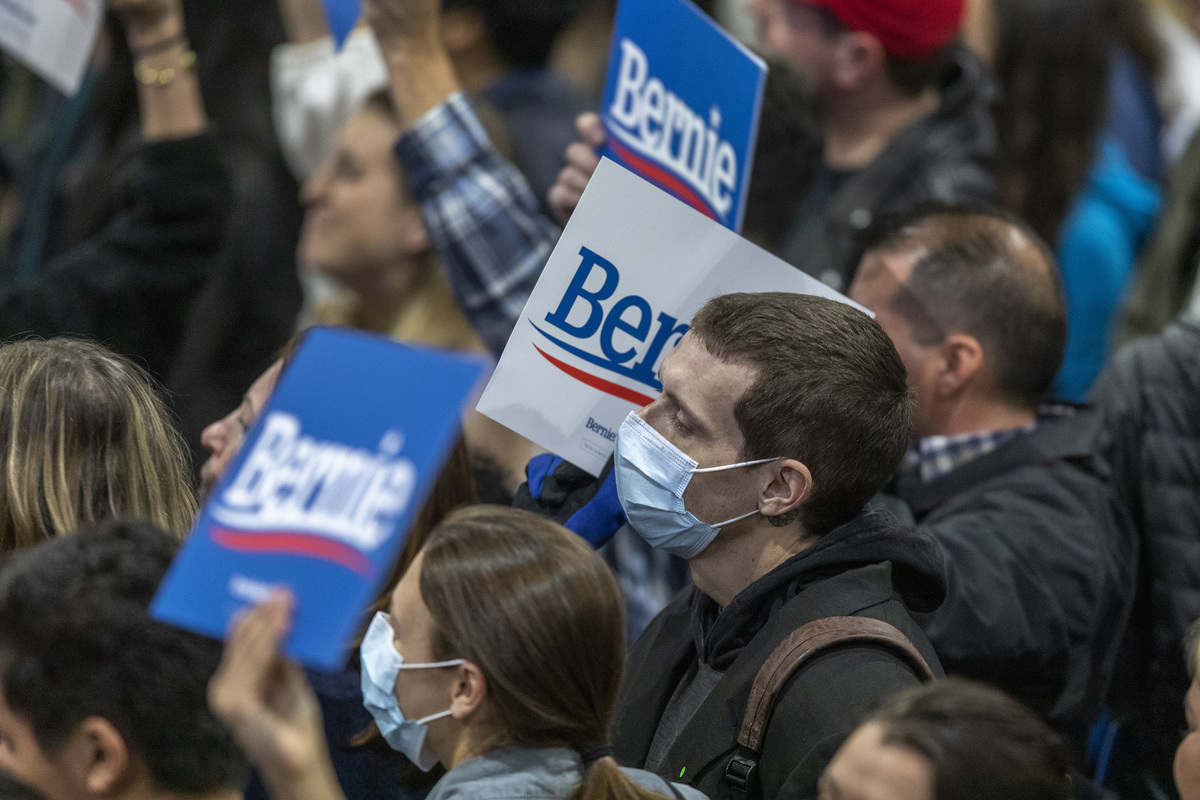 Supporters wear medical masks, as fears of coronavirus increase in California, during a campaign rally for Presidential candidate Sen. Bernie Sanders in Los Angeles on March 1, 2020.

With concern growing about the spread of the coronavirus, officials in a number of Super Tuesday states are taking extra precautions to assure voters that it's safe to go to the polls. Millions of people are expected to cast ballots tomorrow in 14 states, including some where cases of the disease have already emerged.

John Gardner, the assistant registrar of voters in Solano County, Calif. — where two health care workers tested positive for COVID-19 — says they've added an extra curbside location where people can drop off their completed ballots, "so voters don't have to get out of their cars if they don't want to."

Gardner says they have also sent out additional supplies of disinfectant wipes, hand sanitizer and gloves to every polling site in the county. Still, he's seen no indication that the virus is discouraging either voters or pollworkers.

"We haven't received very many calls from voters, or word of pollworkers declining to show up," he says. "That's a good sign."

California Secretary of State Alex Padilla said in a statement that his office is following public health alerts but that "right now there are no indications of any disruptions to California's March 3, 2020 Presidential Primary." Padilla noted that 75% of the state's voters have received absentee ballots, which can be returned by mail or at drop-off locations.

Throughout the country, election officials say they're monitoring the situation closely and are ready to respond if necessary. But so far, they appear to have made only minimal adjustments.

In Falls Church, Va., elections director Dave Bjerke says they always have hand sanitizer and disinfectant wipes available at polling sites, but his office double-checked to make sure there will be adequate supplies for Tuesday's primary. He also reminded election workers to frequently wipe down surfaces that are touched by voters, who will be sharing pens and booths to mark their paper ballots.

Like other election officials, Bjerke is fairly confident that turnout will not be affected. He says none of his pollworkers have said they won't be showing up, although he has heard that one county in the state had seen some pollworkers drop out because they're worried about the spread of germs.

Bjerke says that election officials have to plan for all kinds of emergencies, noting that the 9/11 terrorist attacks and a 2011 earthquake in Virginia both occurred on election days. "We have to be prepared for all of it," he says. "I tell voters if they worry about these kinds of things, there's always absentee voting."

But the Virginia Department of Elections advised local election officials on Friday to keep track of possible disruptions to mail delivery due to the disease outbreak that could affect the return of absentee ballots, and to determine if any accommodations might be required. The agency also told election officials to review their emergency plans. Otherwise, the state says it's monitoring the situation and sees no reason currently to change election preparations.

Alabama election officials also say they have no special plans for tomorrow's primary, noting that there have been no cases of the disease reported so far in the state.

There also appears to be some concern about the risk of spreading the virus at political rallies, where thousands of people can be squeezed into one location. A handful of people wore face masks at a Bernie Sanders rally in San Jose over the weekend. His campaign says it reached out to county health officials in advance and were advised to have hand washing stations on site.