Accessibility links
Supreme Court Considers Writing Itself Out Of Speedy Deportation Cases The Trump administration argued that U.S. courts have no role in deciding whether speedy deportations are constitutional. Will the Supreme Court agree? 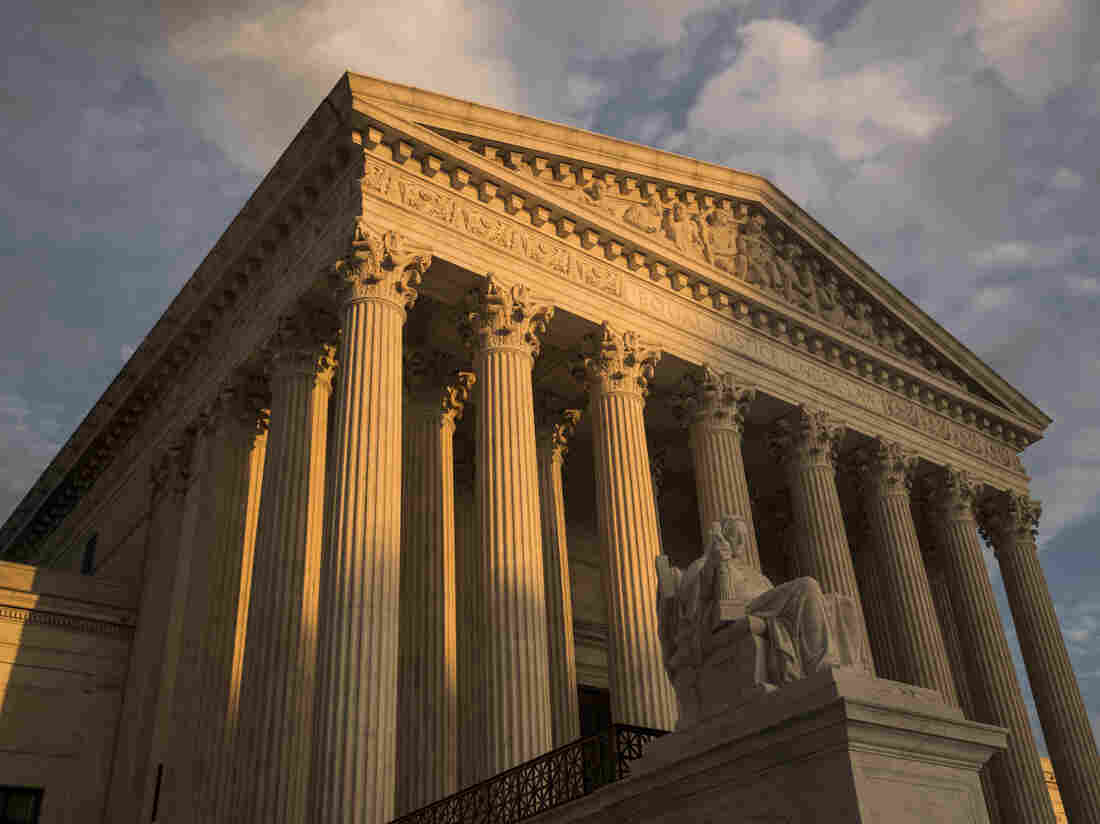 The Supreme Court heard arguments Monday to decide whether Vijayakumar Thuraissigiam can be deported without getting to make his asylum case to a federal judge. J. Scott Applewhite/AP hide caption 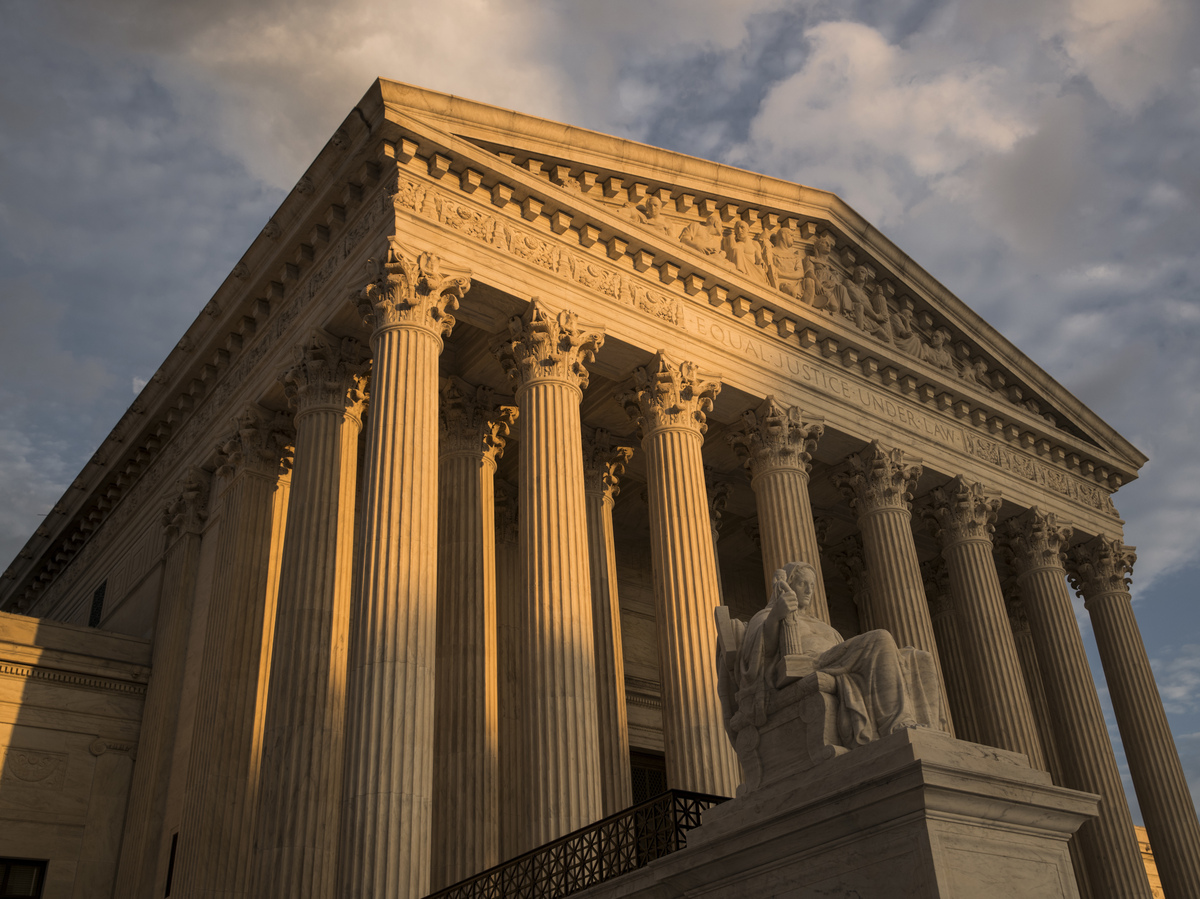 The Supreme Court heard arguments Monday to decide whether Vijayakumar Thuraissigiam can be deported without getting to make his asylum case to a federal judge.

In a potentially historic case, the Supreme Court heard arguments Monday on the Trump administration's policy of speeding deportations of asylum seekers without them ever having a chance to have their cases heard by a judge.

At the heart of the case is the right of habeas corpus, embedded in the Constitution, which guarantees that people who are held by the government have the right to go to court asking to be released. A long line of Supreme Court cases protects that right — including for people who are in the United States illegally and even for those detained at Guantanamo Bay, Cuba, after 9/11.

Monday's case involved a Sri Lankan farmer — Vijayakumar Thuraissigiam — who was abducted from his fields, blindfolded by men in a white van, interrogated about his political activities, and beaten so badly with wooden sticks that he spent 11 days in a hospital.

Thuraissigiam is Tamil, an ethnic minority that has long been persecuted by the majority Sinhalese government in Sri Lanka. The beating he alleges follows a pattern of "white van" abductions of Tamils by security forces in Sri Lanka. After the beating, Thuraissigiam traveled for seven months to get to Mexico, where he crossed the border into the U.S., was arrested, and asked for political asylum.

A 2004 immigration policy targets any undocumented immigrant picked up within 100 miles of the border and within 14 days of entering the country for quick deportation. The Trump administration has sought to expand the deportation policy so that undocumented immigrants anywhere in the U.S can be picked up for any reason up and quickly deported up to two years after their arrival.

Thuraissigiam's case illustrates the speed of the expedited deportation proceedings that have become routine. Following a quick hearing with no lawyer present, an immigration officer denied Thuraissigiam's asylum claim — finding that he did not "credibl[y] fear" for his life if he were returned to his home country and therefore did not merit asylum. After a 13-minute hearing, an immigration judge — an executive branch officer, distinct from a traditional judge — upheld that decision. And so, a month after his arrival, Thuraissigiam was ordered deported back to Sri Lanka.

He filed a habeas petition alleging that the denial of his asylum claim was due to the immigration officer's failure to properly carry out the asylum interview. The district court ruled that even though Thuraissigiam had raised valid legal concerns, he was not entitled to have a judge review his case because he was subject to expedited removal.

The Ninth Circuit Court of Appeals, however, intervened. It ruled that under the U.S. Constitution Thuraissigiam has a right to have his asylum claim reviewed by the judiciary in order to ensure that, at the very least, legal errors were not made by the immigration officers who handled his case.

At the Supreme Court Monday, Thuraissigiam's lawyer, Lee Gelernt of the ACLU, told the justices that the case is of historic importance.

"There has never been a time in the history of this country when a non-citizen could be forcibly removed and deported, especially where they're in danger, without any court at any time looking at whether the deportation is legal," Gelernt told NPR after arguments.

Inside the court, Deputy Solicitor General Edwin Kneedler, representing the Trump administration, told the justices that under the immigration statute, there is no right to judicial review.

"Come on," interjected Justice Stephen Breyer. What if an immigration official "behaved unlawfully," ruled against the asylum seeker "for religious reasons" ... would there really be no recourse for judicial review?

Justice Elena Kagan pointed out that "what he's challenging is whether he's getting a fair hearing," not the final decision of whether he gets to stay.

Justice Sonia Sotomayor asked whether "as a pure matter of law," if, for example, there was no interview conducted at all, could there be an appeal to a judge?

"No," replied Kneedler. In writing the statute, Congress did not provide for habeas corpus relief in the federal courts, and "Congress' judgement should count for something."

Justice Sotomayor shot back, "Shouldn't this court count for something?" The writ of habeas corpus is there "to ensure that the executive acts according to law. What's left if you tell me there are laws" but the courts can't review "whether those laws are being followed."

Kneedler however, said that Congress designed the system to be "quick screening." He argued that there are 9,000 rulings against asylum seekers each year, and a Supreme Court decision that would allow judicial review of those rulings would "bog down the system."

When opposing counsel Galernt got up, however, he disputed that, noting that of those 9,000 cases where people were denied asylum, only 30 had sought judicial review under the Ninth Circuit's ruling that allowed such appeals.

Chief Justice John Roberts pointed out, however, that Thuraissigiam "does not have a right to be to be in the United States."

"That's beside the point," said Gelernt, habeas was put into the Constitution "to ensure that the law is followed." In this context, he added, "there has to be review at least for gross misapplication of the statute." And here, he said, "no reasonable adjudicator" would have seen this case as failing to meet the criteria for asylum.

Gelernt conceded that Congress and the president have "enormous power in the immigration area." But, he noted, the Supreme Court has never allowed the political branches to "remove a check on themselves."