Accessibility links
All Bushfires Extinguished In Australia's Hardest-Hit New South Wales, Officials Say It's the first time since July that the state has been fire-free. "That's more than 240 days of fire activity" across the country's most populous state, New South Wales Rural Fire Service said. 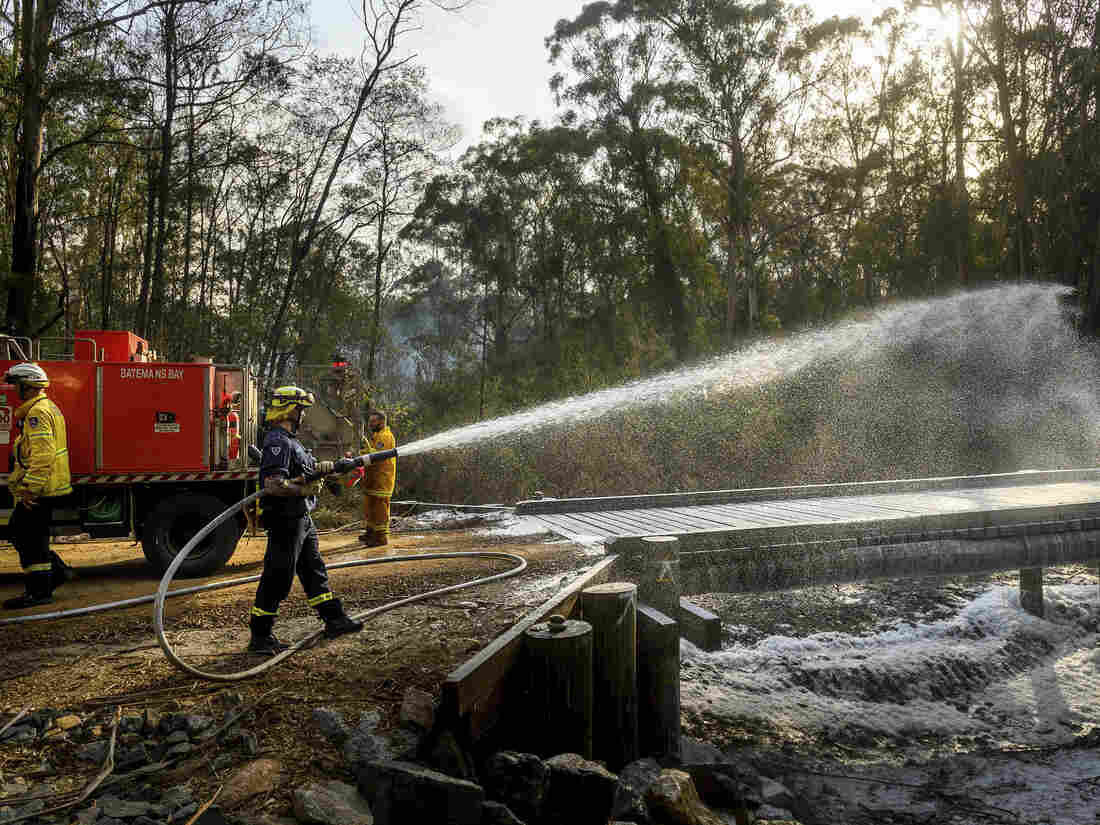 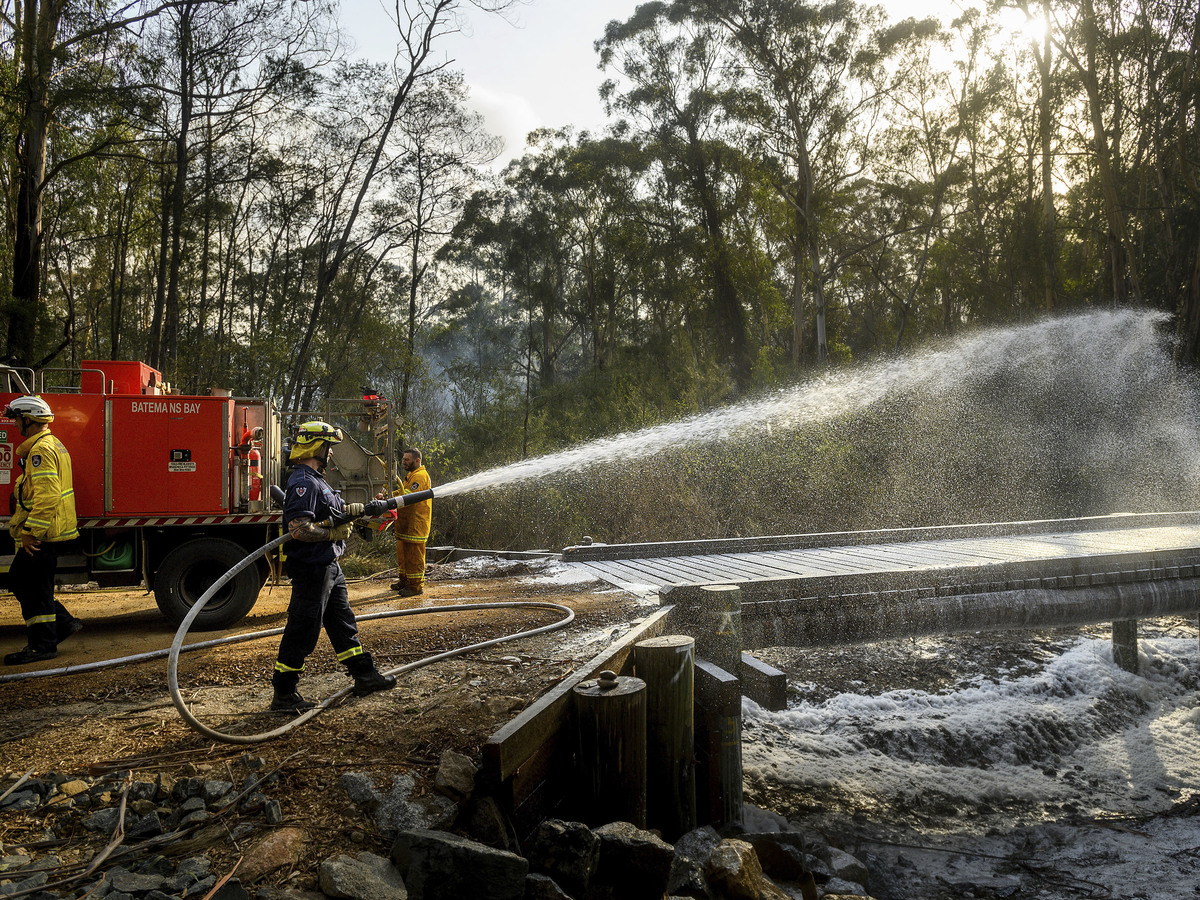 A firefighter coats a bridge with foam as a bushfire burns near Moruya, New South Wales, Australia, on Jan. 25. Wildfires destroyed more than 3,000 homes and razed more nearly 11 million hectares since the summer fires began.

Australian officials announced on Friday there are no longer any active bush or grass fires in New South Wales, the state hardest-hit by massive wildfires that have scorched millions of acres in the country since July.

The New South Wales Rural Fire Service said in a tweet on Monday that the fires had raged for "more than 240 days" across the country's most populous state.

For the first time since early July 2019, there is currently no active bush or grass fires in #NSW. That’s more than 240 days of fire activity for the state. #nswfires #nswrfs pic.twitter.com/NpjF3lAHKa

The respite comes more than two weeks after torrential rains helped to put out some fires and contain others.

While NSW has been the worst-affected, record high temperatures and other extreme weather conditions have also led to unprecedented wildfire devastation in other regions, including Queensland and Victoria.

Firefighters from around the world, including the United States and Canada, and members of the Australian Defence Force helped battle the blazes as they ravaged more than 42,000 square miles (27 million acres) of land across the country — an area about the size of the U.S. state of Virginia.

The end of the fires does not mean the end of Australia's natural disaster woes, however. The latest climate disaster roiling the country involves the very water that has put an end to the inferno; recent flash floods in eastern Australia have left thousands without power in parts of NSW and Queensland.

"The rainfall has been welcomed mainly because it has put out these enormous bush fires that we've had. ... But the rainfall in some parts has been extreme and too much for emergency services to cope with in some cases," Holman said.