Accessibility links
'Rust' Offers View Into The LIves Of Steelworkers Eliese Goldbach turned to a local steel mill in Ohio as a way to earn money after college. She's written a book about her journey — including its dangers and what she learned about the mill workers. 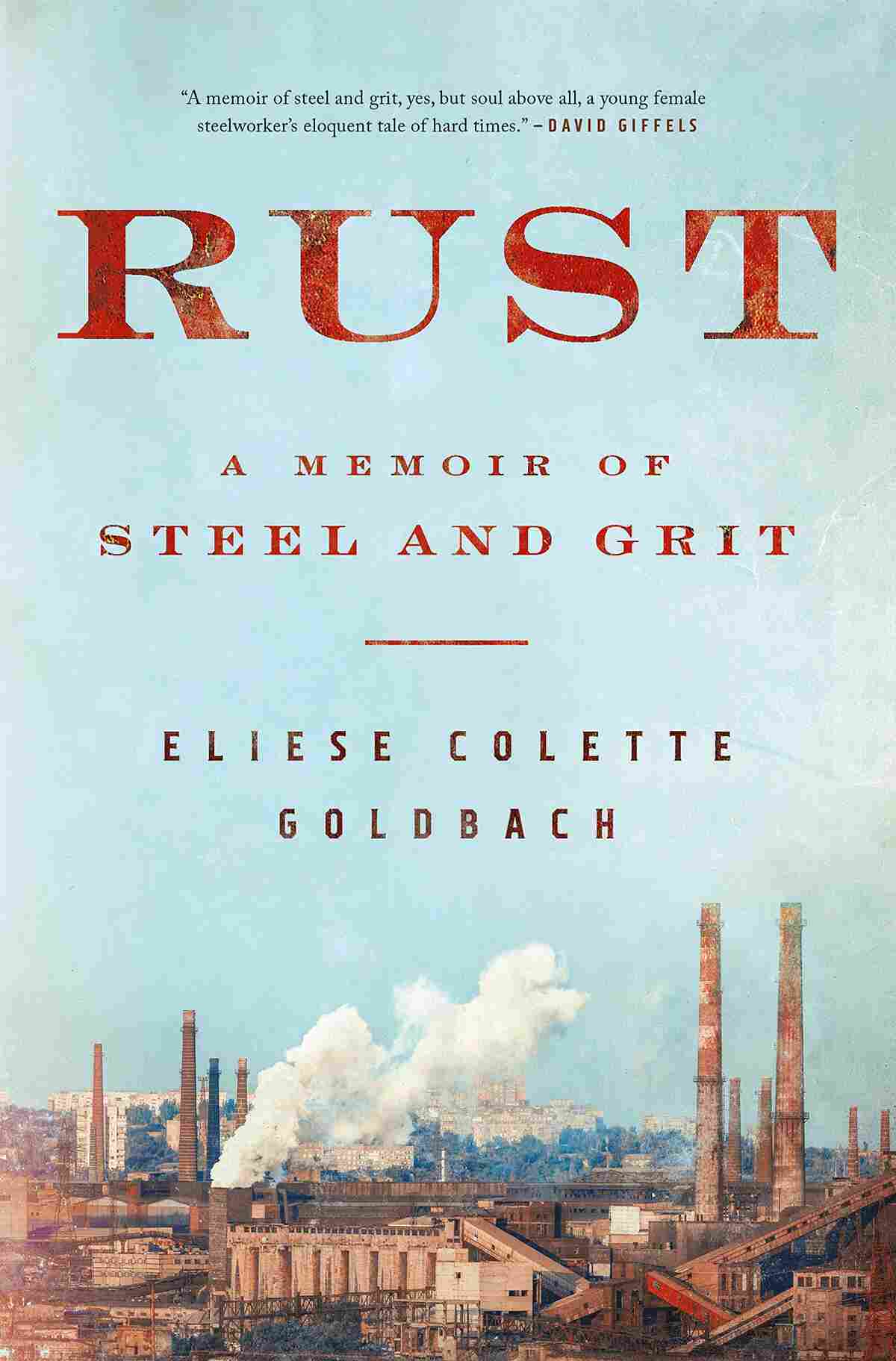 A Memoir of Steel and Grit

Instead of escaping her Rust Belt youth as hoped after college, Eliese Goldbach finds herself applying to work in a local steel mill in an effort to gain financial stability.

In Rust: A Memoir of Steel and Grit, the Ohio-born writer reflects on her childhood in the industrial valley and her three years as a steelworker.

She tells NPR she eventually used the money she earned to become a teacher, now working at John Carroll University.

On the dangers of the job

During the first few weeks of orientation, we were really given clear guidelines about all the things that could harm us. All the things that could kill us, really. And, you know, in some areas of the mill, it's noxious gases that can just knock you out. And in some areas of the mill, it's just this huge equipment that is so powerful and it can just rip apart your body, if you get too close. In other areas of the mill, there's heat to contend with. You know, where you're dealing with metals and where you have to have all sorts of protective equipment to make sure that you don't get burned and don't get hurt. There are cranes always rumbling of overhead and they're carrying, huge amounts of steel ... if it falls on you, it would just kill you and crush you. ... it's like danger around every corner. So you just always have to be to be looking out for yourself and looking out for the people around you.

On one job she had stirring molten zinc

Yeah, molten zinc that was used to galvanize the steel. And my job was to stir it, basically, with this big, long thing that looks like a garden hoe kind of. But the whole time you're just sweating. The mill itself is hot. This the heat emanating from the zinc is making you sweat and you have all these clothes on to protect you from the heat. And also, you know, the metal itself is very heavy and ... hard to control as you're kind of balancing on this walkway, trying to scoop this metal around.

On her evolving thoughts about her coworkers

I think one of the things that really changed was I realized how important being a steel worker is to people's identity, and how much stock — and how much people kind of love the mill. You know, it becomes this place that you spend so much time down there. It kind of becomes a family. And I think that I also, what really changed was I realized how many people were just very similar to myself and also how varied the steel mill can be. It's not just one type of person. There are a lot of different people with different backgrounds, different stories, you know, a lot of people with college degrees who find that you can make more money in a steel mill than doing what they had studied in school. And a lot of people with liberal views like my own. And so ... this idea that being an industrial worker isn't just one thing.