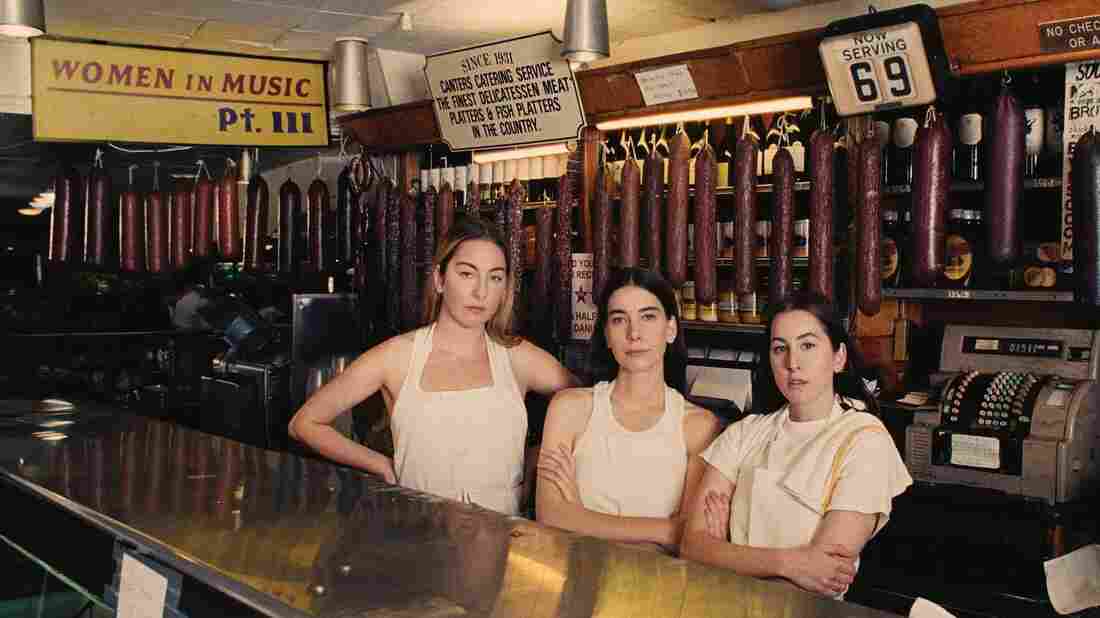 HAIM on the cover of its new album, Women in Music Pt. III. Courtesy of the artist hide caption 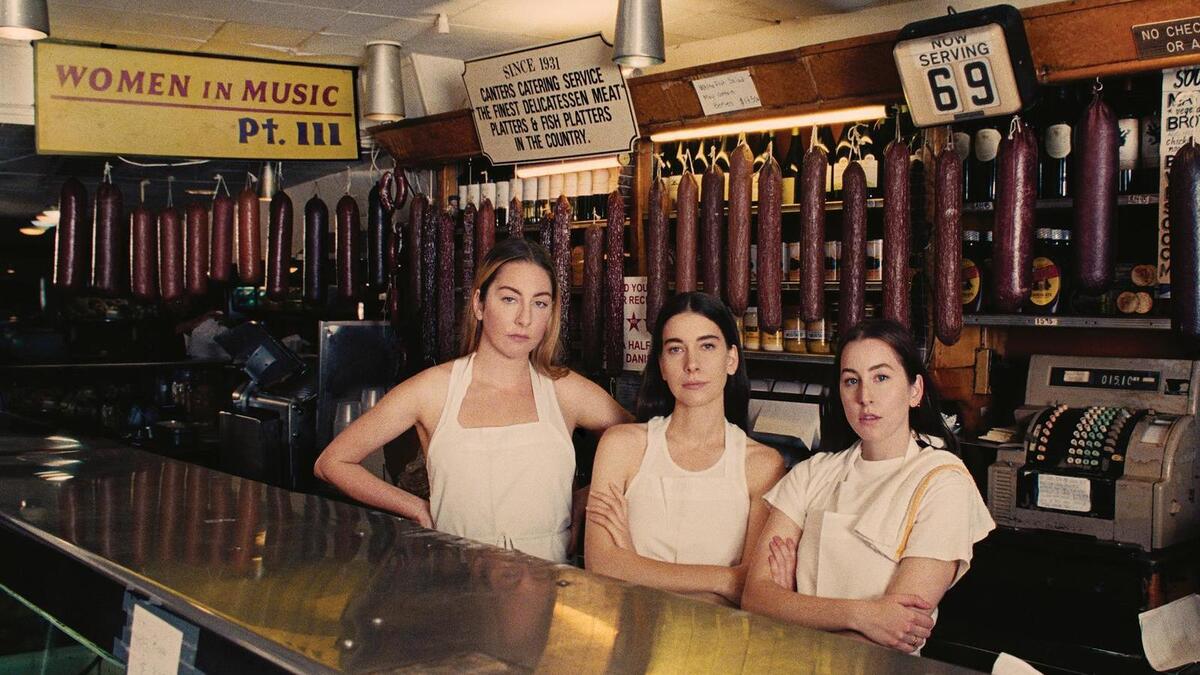 HAIM on the cover of its new album, Women in Music Pt. III.

There must be some alternate reality where Danielle, Este and Alana — the sisters HAIM — are the tough-talkin'-but-tender co-owners of a deli. They've got the best pastrami in town, never skimp on the smoked salmon spread and get their pumpernickel from the nice old man down the street. They dish tough love to young folks, experiment with weird schmears and hug-it-out over bad breakups. At the very least, it's a heart-warming sitcom idea.

That's what the album cover for Women in Music Pt. III wants me to dream, it seems.

Out April 24, the band's third record is produced by Danielle Haim, Rostam and Ariel Rechtshaid, and will feature last year's trilogy of singles — "Summer Girl," "Now I'm In It" and "Hallelujah" — plus a new track out today, above. (They have also collected the four songs into an EP for easy listening.)

"The Steps" takes the sunny HAIM sound and tousles it like a flop of thick hair that ain't seen the shower in a few days. Electric guitars squeal and wobble over a ramshackle acoustic strum and garage drums — the texture's rough and messy, but loved and lived-in.