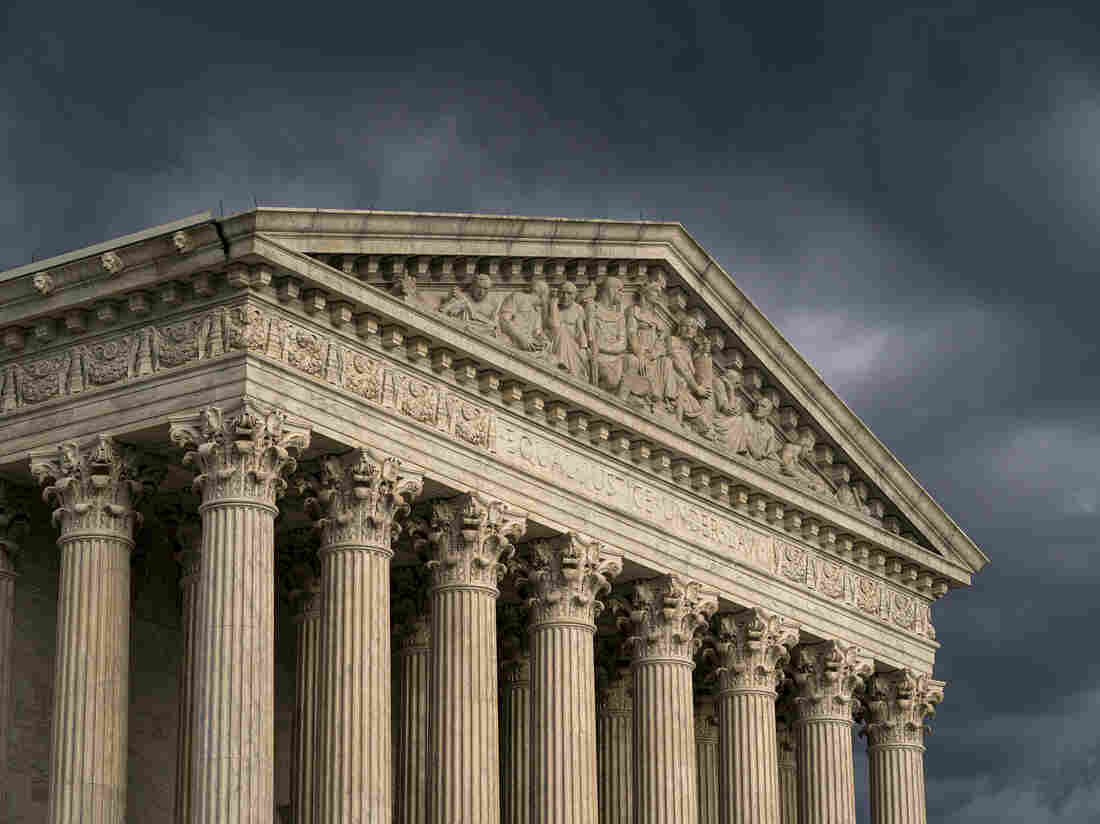 The Supreme Court hears arguments Wednesday in an abortion case from Louisiana. It's the first major abortion case to come before the court since the 2018 retirement of Justice Anthony Kennedy. J. Scott Applewhite/AP hide caption 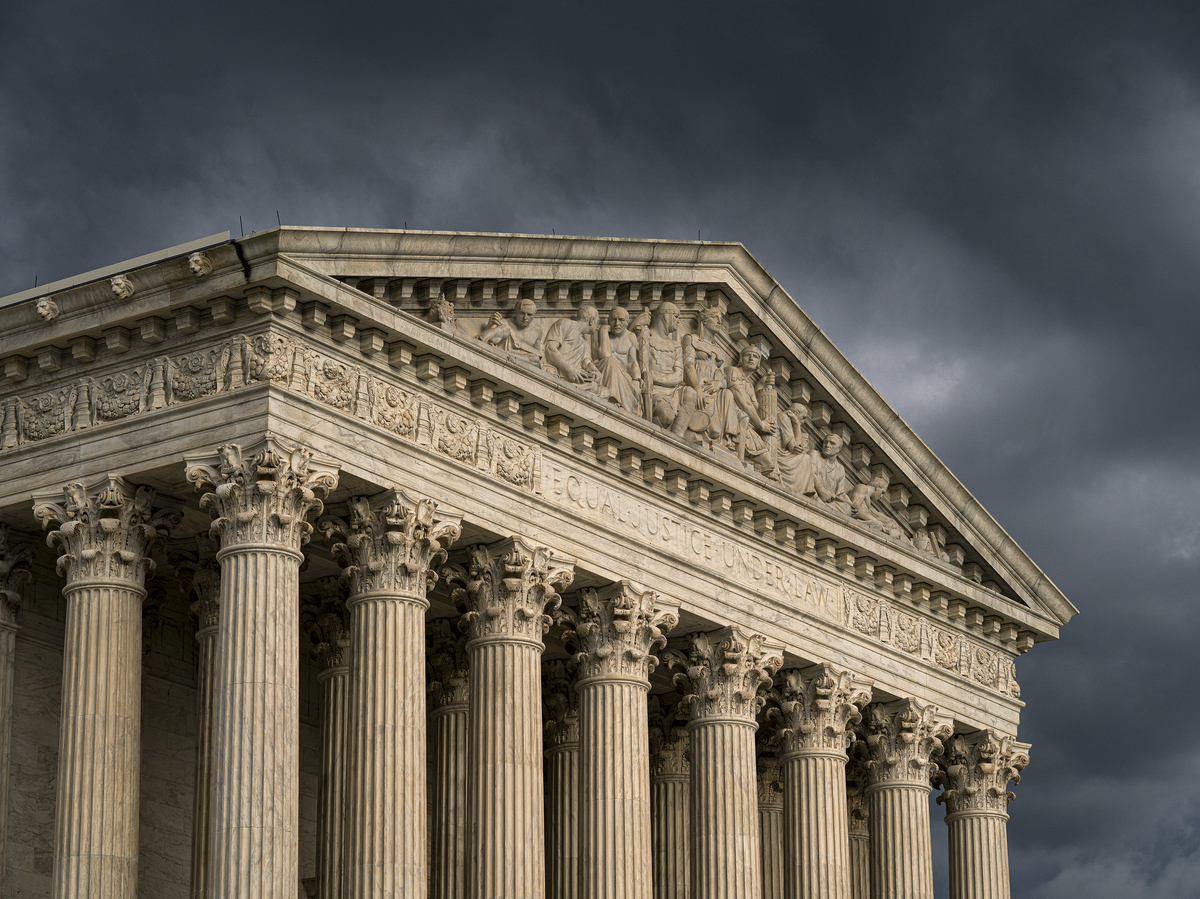 The Supreme Court hears arguments Wednesday in an abortion case from Louisiana. It's the first major abortion case to come before the court since the 2018 retirement of Justice Anthony Kennedy.

Abortion rights are on the chopping block Wednesday as the Supreme Court hears arguments in a case nearly identical to one decided just four years ago.

It's the first major abortion case to come before the court since the 2018 retirement of Justice Anthony Kennedy, making it the first time the majority of justices hearing an abortion case have anti-abortion-rights judicial records.

In 2016, the justices struck down a Texas law that required abortion-clinic doctors to have admitting privileges at a nearby hospital. In that case, Texas argued that admitting privileges, which allow doctors to admit and care for their patients in hospitals, would protect the health and safety of women seeking abortions.

The justices, however, concluded that rather than protecting women's health, these requirements simply created unconstitutional obstacles to abortion access by making it difficult or impossible to staff abortion clinics.

Before the court is a Louisiana admitting privileges law that the state concedes is identical to the Texas law.

The state law at the heart of the case

Louisiana passed its law in 2014, before the Supreme Court ruled the Texas statute unconstitutional. Prior to that, the state required abortion clinics to have transfer agreements with hospitals so that if patients needed hospital attention, they could be easily transferred. The 2014 law upped the ante, requiring that abortion clinic doctors have admitting privileges at hospitals, privileges that most hospitals will not grant to doctors who don't provide the hospital with a steady stream of patients.

A federal district court judge struck down the law, finding the admitting privileges requirement as unnecessary in Louisiana as it had been in Texas. The judge said that because abortion is among the safest procedures today, it is unusual for patients to ever be admitted to a hospital. And, he noted, in the "extremely rare" cases in which complications do arise, patients are treated by hospital staff.

The judge further found that the barriers to abortion doctors getting admitting privileges were so high that were the law allowed to go into effect, only one clinic and one abortion doctor in the state would be able to perform abortions — a situation that would in no way meet the needs of the 10,000 women who seek abortions in Louisiana each year.

But the 5th Circuit Court of Appeals, which had been overruled in the Texas case, reinstated the Louisiana law and allowed it to go into effect. The Supreme Court — on a split 5-4 vote — intervened to temporarily block the law, and now the justices are taking a second look.

Louisiana is essentially relitigating the issue decided in the Texas case four years ago. But now, the composition of the Supreme Court is different.

In the Texas case, the fifth and decisive vote was cast by Kennedy, who has since been replaced by Brett Kavanaugh, who was appointed by President Trump. And Kavanaugh has already indicated his willingness to undermine the Texas ruling — he was among the four justices who voted to leave the Louisiana law in place.

Even though the law has not gone into effect, Louisiana argues that requiring admitting privileges for abortion providers really would make women safer.

"If you have a good doctor and a competent doctor, it is better for you ... to have some continuity of care and not to just be sent to the hospital," says Louisiana Solicitor General Elizabeth Murrill. 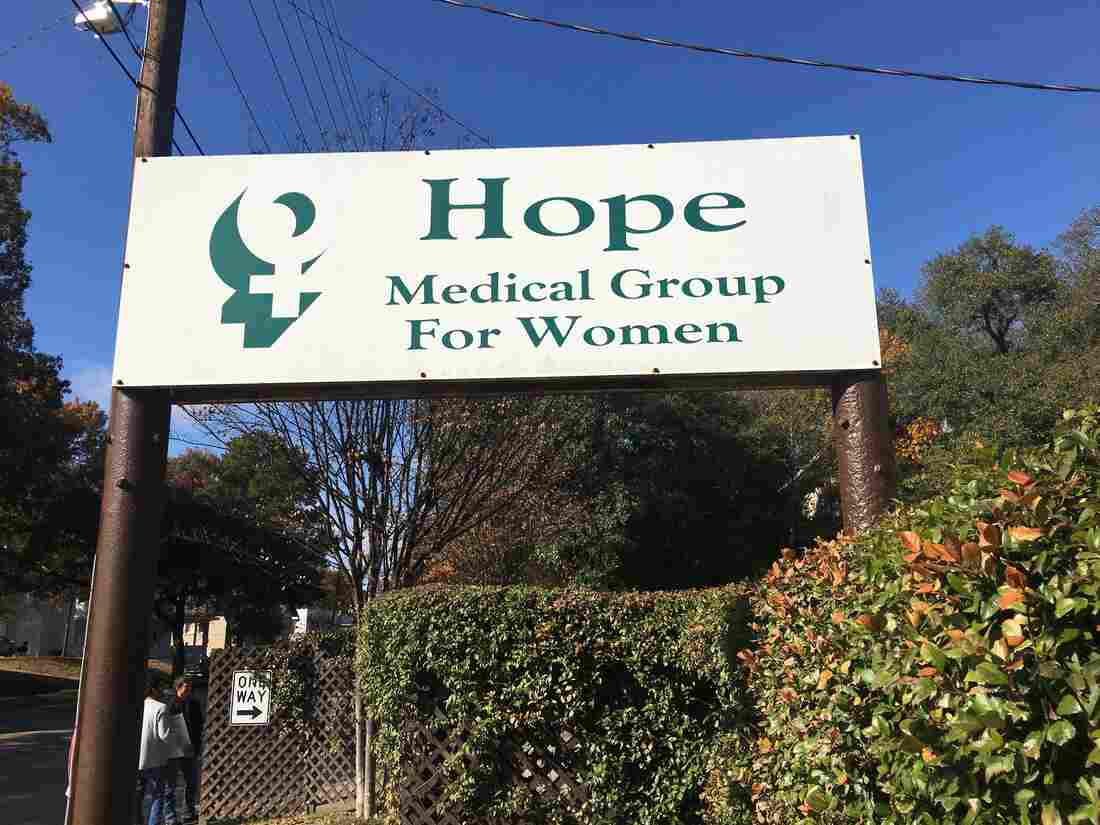 The Hope Medical Group for Women in Shreveport, La., is at the center of the case before the Supreme Court on Wednesday. Sarah McCammon/NPR hide caption 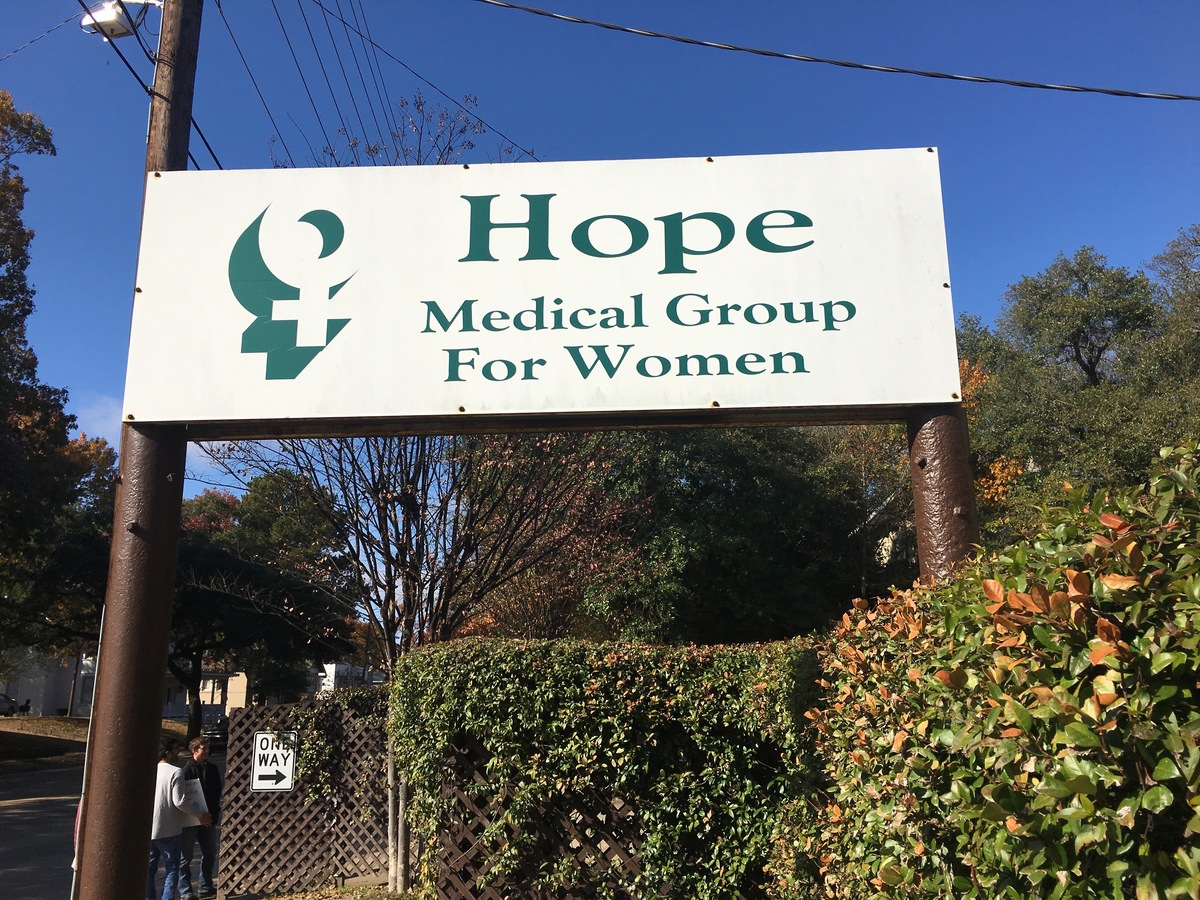 The Hope Medical Group for Women in Shreveport, La., is at the center of the case before the Supreme Court on Wednesday.

But every major medical group in the country — from the American Medical Association to the American College of Obstetricians and Gynecologists — contradicts that assertion. Indeed, although the Trump administration is backing Louisiana in this case, the federal government itself recently eliminated admitting privilege requirements for doctors who treat Medicare and Medicaid patients at outpatient surgical centers. The federal government found admitting privilege requirements to be burdensome and unnecessary.

Abortion providers, on the other hand, are not. Abortion has such a low complication rate — nationally, it is less than a quarter of 1% — that providers do not regularly admit patients to hospitals. What's more, without the financial incentive of regular hospital "admits," there is even less reason for a hospital to grant privileges to doctors whose practice brings with it controversy and security risks.

Abortion is a hot-button issue in Louisiana, and doctors providing abortions in the state face extreme pressure.

One doctor "was outed as an abortion provider and protesters showed up at [his] children's school," says Julie Rikelman, who represents the Hope Medical Group for Women in Shreveport, a clinic that provides abortion services.

Even hospitals that have already granted privileges to doctors don't "want to be identified by name," says Rikelman.

Louisiana, however, contends that none of this is really an obstacle for competent doctors. It says that four of the state's six abortion clinic doctors simply did not act in good faith when seeking to obtain hospital admitting privileges. In short, it says, if the doctors had really tried, they could have complied with the state's requirement.

Rikelman sees that assertion as absurd.

Before the law went into effect, one "doctor who actually was an assistant clinical professor at [Louisiana State University] for 18 years and contacted LSU" about obtaining privileges and was told, "Sorry, now that you're a full-time abortion provider, the hospital doesn't want to do that," says Rikelman.

Rikelman will tell the justices that even the 5th Circuit conceded it could not identify a single woman who would have been better off because of the admitting privileges law.

A question of legal standing

Still, there is one new twist in Wednesday's case. For the first time, Louisiana, and the Trump administration, are claiming that doctors and clinics do not have the legal standing to challenge an abortion law on behalf of their patients.

"The doctors who are seeking to have less oversight and reduce regulations upon them do not share the same interests as women," Louisiana Solicitor General Murrill said of the doctors and clinics who bring lawsuits on behalf of their patients.

"If you're a patient in Louisiana and you're struggling to find abortion care, all you know is that the clinic on the other end of the phone can't see you," says T.J. Tu, a senior counsel at the Center for Reproductive Rights. "You might not know the reason you are not being seen. The people who know that are the physicians in the clinics themselves, which is why they're allowed to come to court and raise their patients rights."

In short, abortion providers see this new procedural challenge as a backdoor way to prevent future challenges to anti-abortion-rights laws, or a wolf in sheep's clothing.

"The wolf is the doctors," counters Murrill. "These are not safe places. Women are exposed to dangerous situations at these clinics, and I do think they could enhance the quality of care."

No court has found that the Hope clinic in Shreveport, which is at the center of Wednesday's case, to be unsafe. It has long provided about 3,000 abortions a year, and the district court found that in the past 23 years, only four patients had to be transferred to a hospital because of a complication.

In the short run, this case is about the availability of abortion in Louisiana. In the early 2000s, there were 11 abortion clinics in the state. Today, there are three, and if the state prevails, it is unclear whether all three could survive. Based on the evidence to date, only two of the six doctors currently providing abortions in the state would be able to continue to do so. And one of those has said he would retire under those circumstances.

Until then, Hope emphasizes that it will continue to provide abortions in Louisiana.

"I do this ... because the women deserve good compassionate care," says Kathleen Pittman, director of the Hope clinic. "And we're going to provide it as long as we possibly can. And we're not going to go quietly into the night."

In the long run, of course, this case is about much more than Louisiana. It is about the right to abortion in the United States and the decades-long effort by abortion opponents to overturn Roe v. Wade. A decision by the court in favor of Louisiana would be a first big step in that direction.