Accessibility links
Students Want To Fix Air Quality For People With Asthma On The Yakama Reservation Among Native Americans, asthma rates are high, and those with asthma end up in clinics more often, miss more school and work, and are more likely to die from the condition, according to the CDC.

Listen · 3:31 3:31
Students Want To Fix Air Quality For People With Asthma On The Yakama Reservation 3:31 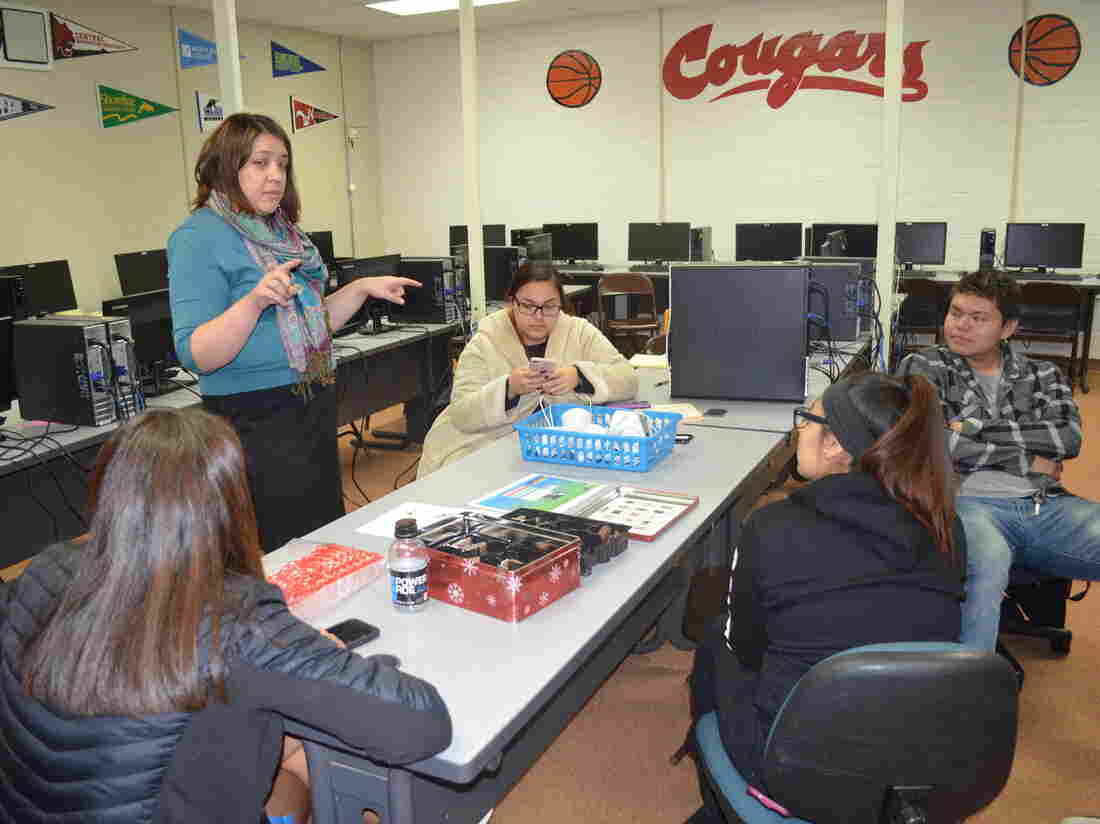 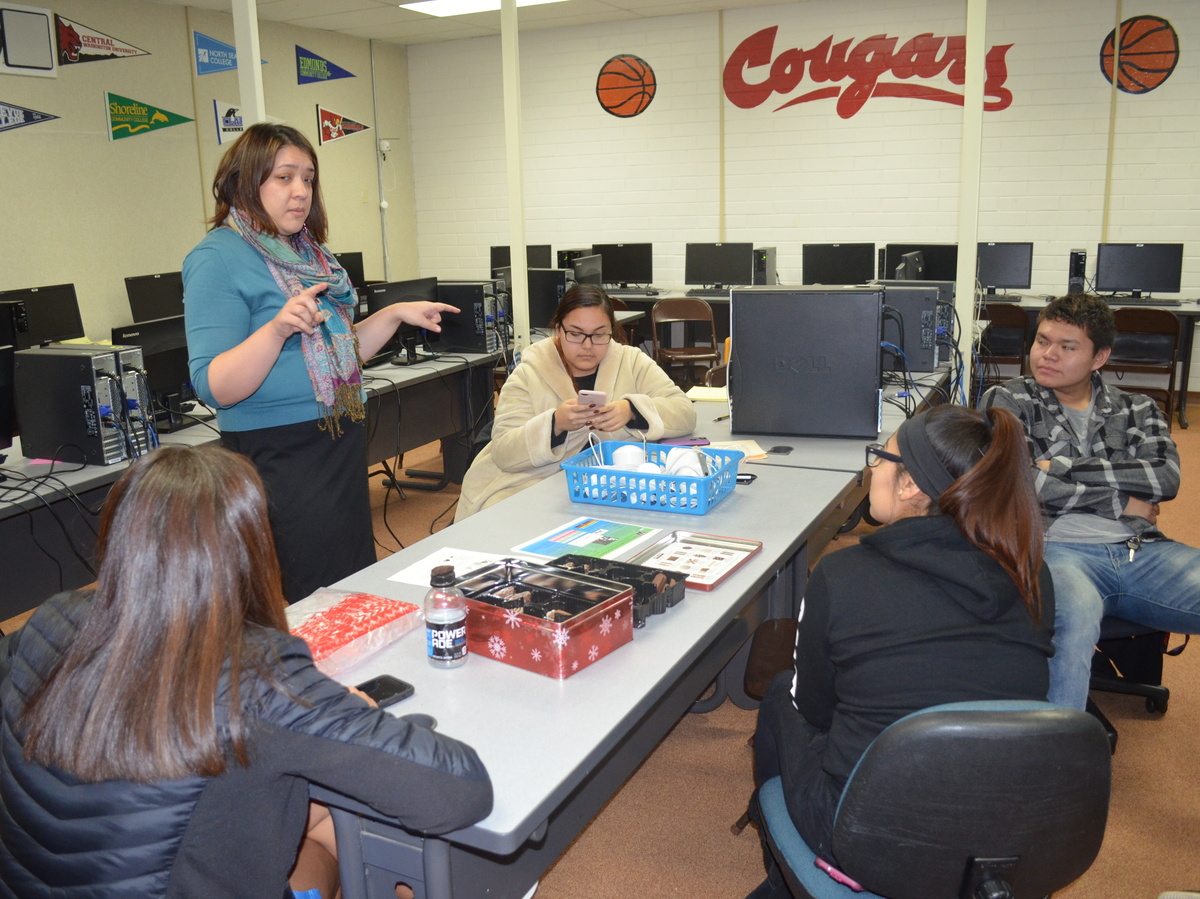 Karolynn Tom, who works with Jessica Black at Heritage University, is teaching students how to set up air quality monitors at White Swan High School on the Yakama Reservation.

Near the middle of the Yakama Reservation, Travis Hull lives with his kids and dog in a trailer. Two of his four kids have asthma.

Tyson, his middle son, has a particularly bad case.

"He'd go through coughing attacks that were just horrible," Hull said. "He had to be hospitalized a few times when he was a little person."

Hull said it was hard to see his son in an oxygen tent.

Among Native Americans, asthma rates are high, and Native Americans with asthma end up in clinics more often, miss more school and work, and are more likely to die from the condition, according to the CDC. On the Yakama Reservation in eastern Washington, one group of students is trying to solve the problem by attacking its roots.

Travis Hull said one of the things that would set off his son's coughing was smoke.

Many households on the reservation have only wood stoves to keep warm during eastern Washington's bitterly cold winters.

That's because electric heat is expensive, but wood is free; members of the Yakama Nation have a treaty-guaranteed right to gather wood to heat their homes.

"If you stood out on the deck, you would see as far as the foothills," Hull said, "and this whole valley — the smoke will just sit in this valley." 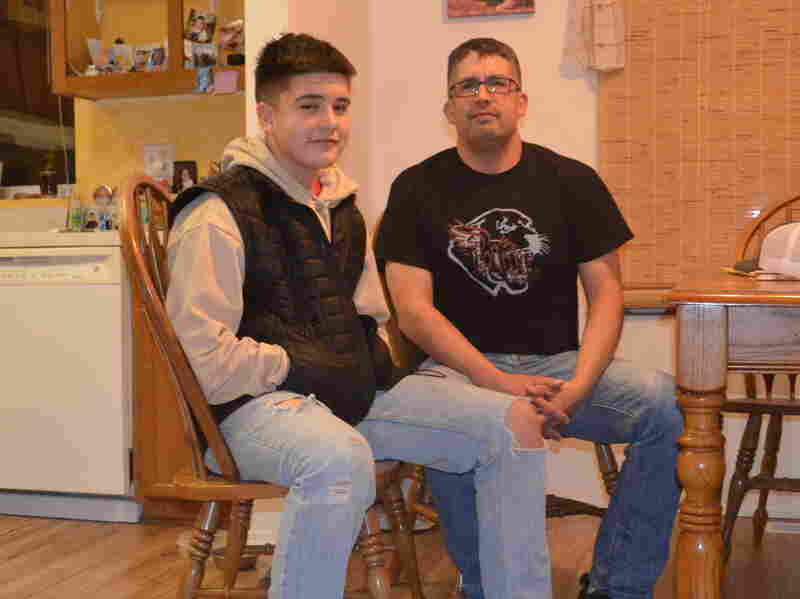 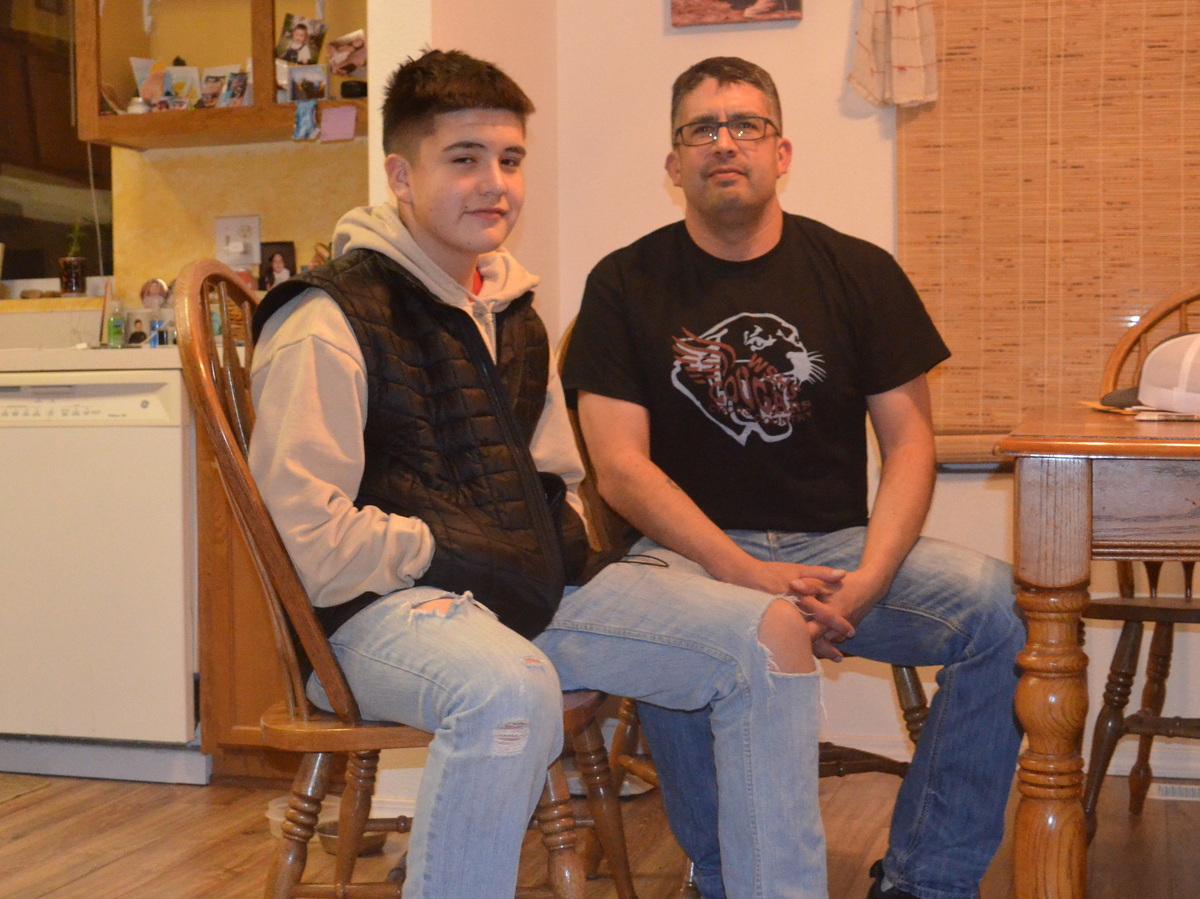 "And it really has an impact on people's health," said Jessica Black, an environmental science professor at Heritage University on the Yakama Reservation.

"We know that there's things that can be done, but, without any data, there's not a lot we can do," Black said.

In order to gather that data, Black enlisted students at a high school on the reservation to set up low-cost air quality monitors across the Yakama Nation.

"The families are far more comfortable having people that they feel like they know enter their homes so that they can place the air quality monitors," Black explained.

After school and basketball practice one Wednesday in early December, half a dozen White Swan High School students gathered in a computer lab to learn how to set up the monitors.

In past years, many students put monitors up in their own homes.

Alexa Weaseltail put one in the home of her cousin, who has a wood stove.

"When we saw the data, it was like really bad," Weaseltail remembered. "And we didn't expect it to be that bad."

Weaseltail herself grew up in a house with a wood stove, and she has asthma.

"Maybe we should clear the environment and have cleaner air," Weaseltail said.

The monitors Weaseltail and others are setting up detect particulate matter from other sources, like forest fires and smudge pots.

But, in the winter, the biggest problem is wood smoke from heating homes.

Keith Hurley, director of the county's clean air agency, runs a program for low-income families to get up to $6,000 to swap out old, dirty stoves for newer stoves that burn cleaner.

"Wood stove changeout was my way of addressing to the greatest extent possible the emissions," Hurley said.

It's a voluntary program that offers stoves to some people on and off the reservation.

"The more of these we get changed out, the greater the reduction will be in the particulate that's put into the airshed in the winter months," Hurley said.

There's a smaller amount of money from the EPA doing the same.

And the federal agency is also working with the Yakama Nation to better regulate older, dirtier wood stoves.

This story came to NPR with help from USC Annenberg's Center for Health Journalism.