Accessibility links
Bernie Sanders Wins California, Largest Delegate Haul Bernie Sanders was always expected to do well in California, with its large population of Latino voters and energized progressives. On Tuesday, he lived up to those expectations. 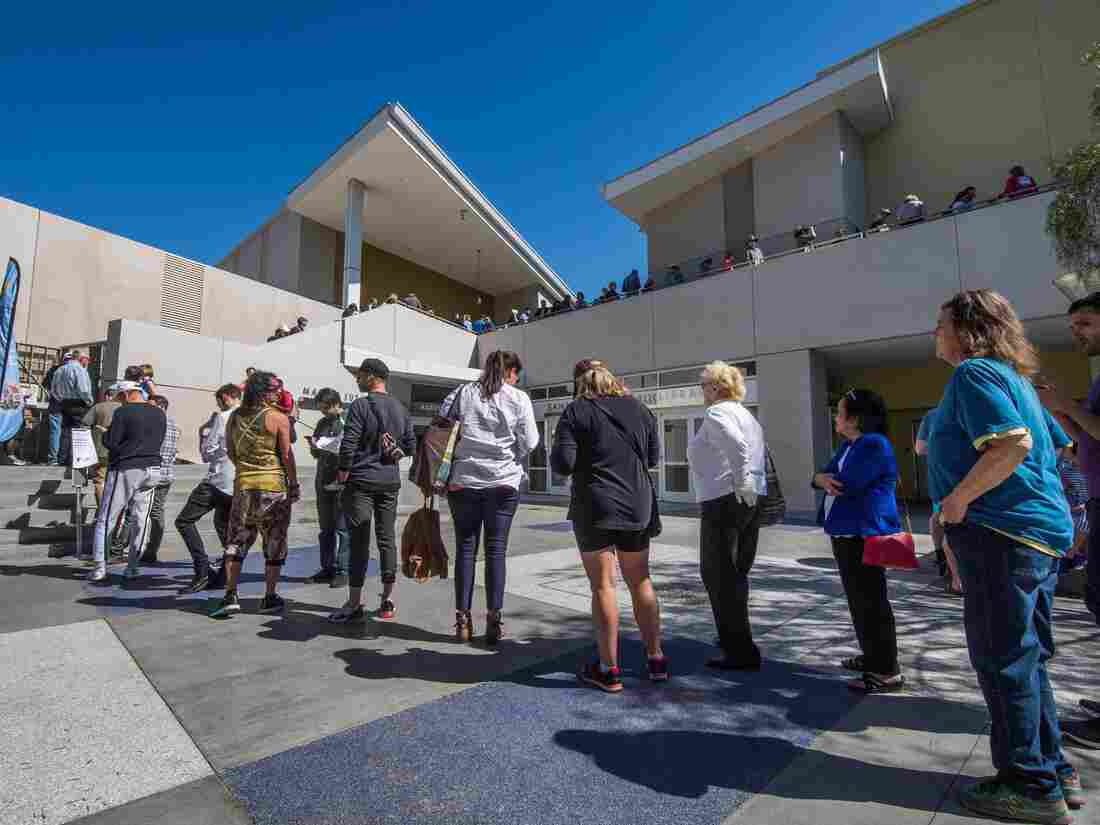 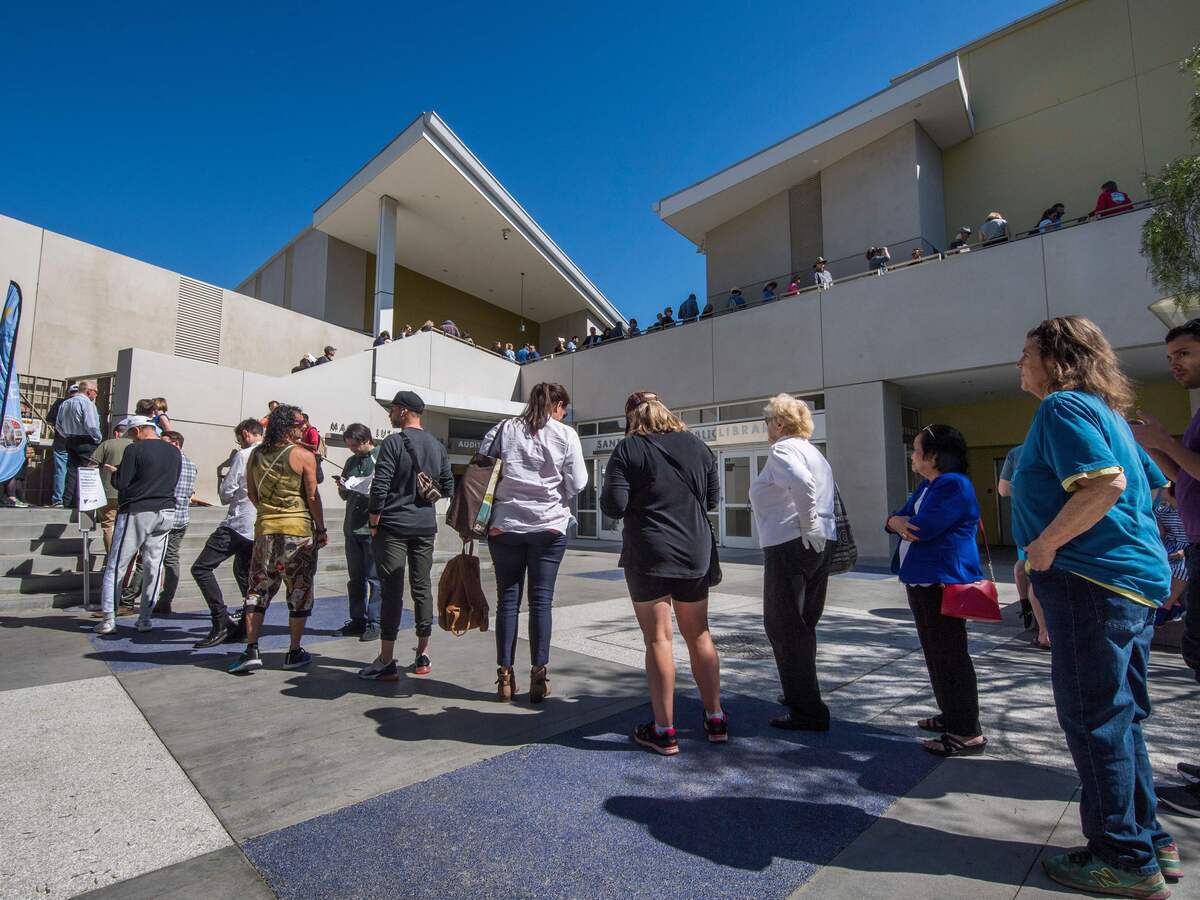 People wait to vote during the presidential primary at the Santa Monica Public Library in Santa Monica, Calif. on Super Tuesday, March 3.

Former Vice President Joe Biden may have won the most states on Super Tuesday, but Vermont Sen. Bernie Sanders captured the one with the most delegates: California.

There are 415 delegates at stake in California, the largest haul of any state.

Sanders was always expected to do well in California, with its large population of Latino voters and energized progressives. On Tuesday, he lived up to those expectations.

Sanders carried 49% of the Latino vote, the state's largest minority group, and 49% of voters who call themselves very liberal, according to exit polls.

Sanders was helped by some $7 million in ad spending in California, compared to about $350,000 by Biden through Sunday. With his victory, Sanders was perhaps able to erase memories of his 7-point loss to Hillary Clinton in California in 2016.

It is expected to be days before the final delegate allocation is known, because counting in California is complicated. Mail-in ballots will count as long as they were postmarked by Tuesday, and same day registration means there a large number of provisional ballots. Of the delegates assigned so far, Sanders has 72 and Biden 21.

Some 4 million votes were cast before Tuesday, and as they are counted it's possible Biden will see his percentage increase, as exit polls showed late-deciding voters trending his way. Officials have until April 2 to complete their tally.

Former New York City Mayor Mike Bloomberg was running in third place, and may win some delegates as well if he remains at the 15% threshold. Before suspending his campaign on Wednesday morning, Bloomberg had spent more than $71 million of his fortune on ads in California.

Elizabeth Warren, D-Mass., is in fourth place and in danger of coming away with zero delegates unless she is able to clear the 15% threshold.

Exit polls show Sanders did well in California — as he has elsewhere — with younger voters, winning a whopping 68% of those 18 to 24 and 48% of 25- to 29-year-olds compared to 5% in each bracket for Biden. However, these voters accounted for only 13% of the overall electorate in California.

Among the biggest age group, voters 65 and older, Biden won 32% of the vote, double the haul of Sanders.

But Sanders made up for it by winning white and nonwhite college graduates, as well as voters who identified themselves as Democrats (32% to 23%). Among voters calling themselves independent, Sanders had a wider lead over Biden, 44% to 12%.

Like he did across the South, Biden won big with black voters, 33% to 16%, but these voters made up just 7% of California's electorate. Voters who call themselves politically moderate also favored Biden, 31% to 23%.

Voters who said they decided on their candidate in the last few days broke for Biden 35% to 16%. But most voters said they made up their minds before February, and they favored Sanders 45% to 18%.

Interestingly, when asked if they will vote for the Democratic nominee in November no matter who it is, most voters said yes. But of the 13% who said no, 34% were Sanders voters.