Accessibility links
Biden Wins Texas After Spending Less Than $100,000 In The State The former vice president won the Super Tuesday state with the second-largest number of delegates. He only spent around $89,000 there, but his resounding win in South Carolina may have been pivotal. 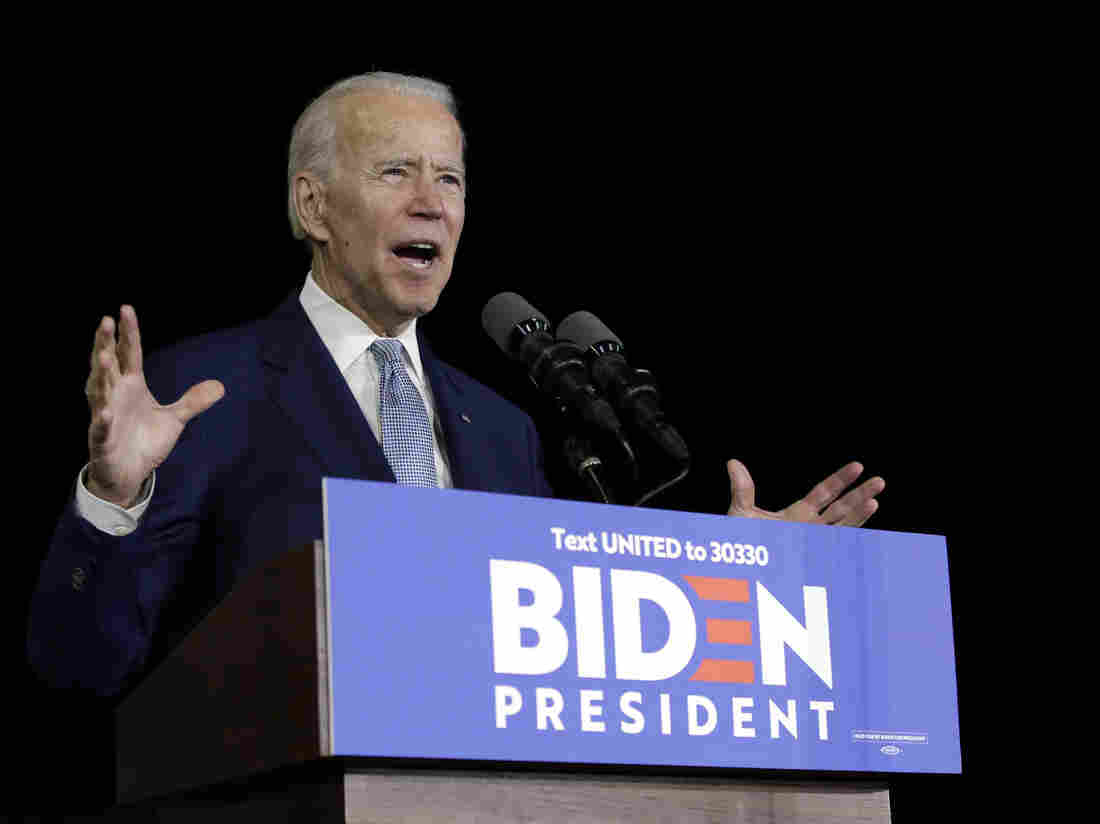 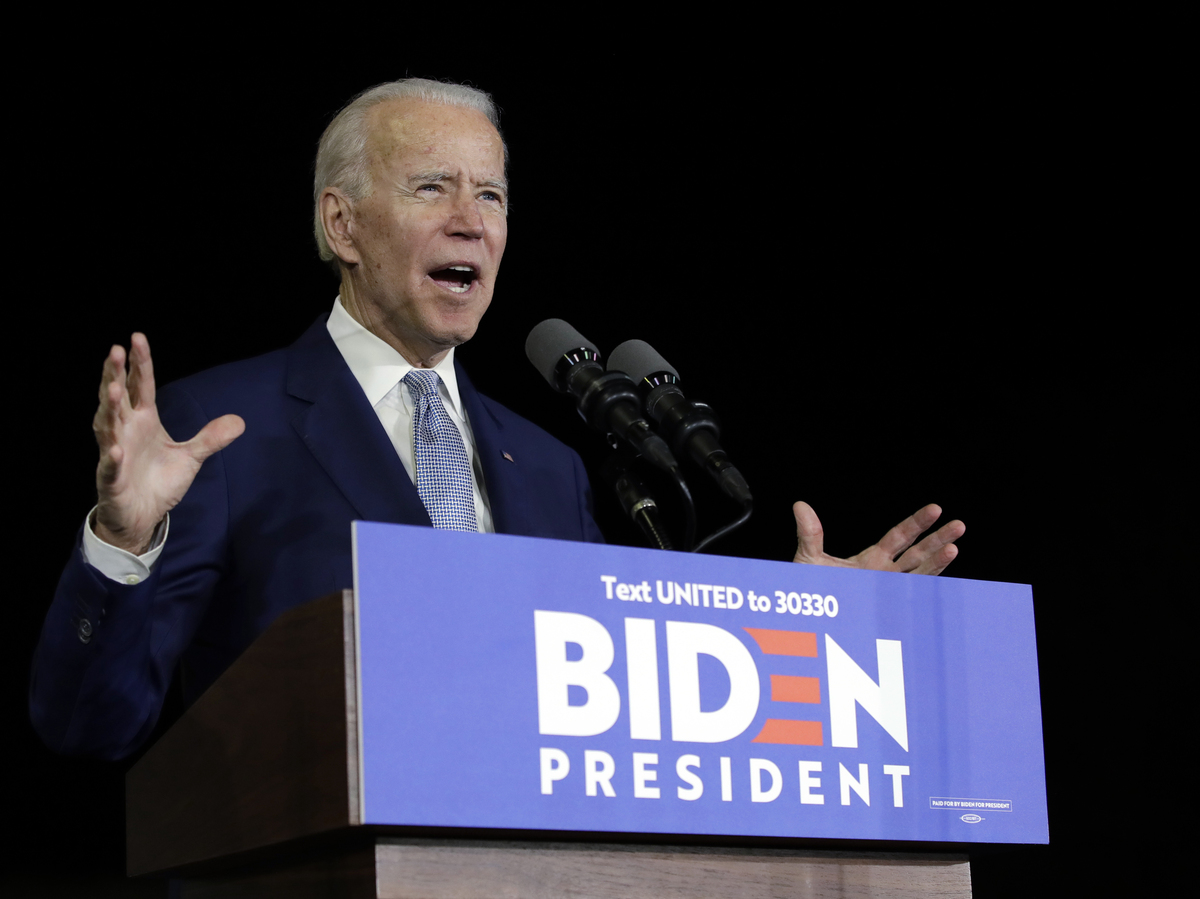 Former Vice President Joe Biden, his campaign thought to be on life support less than a week ago, emerged from Super Tuesday contests a reinvigorated candidate after racking up victories in 10 states, including delegate-rich Texas.

Biden's narrow win in the Lone Star State capped off his sweep of the South that also included wins in Alabama, North Carolina and Virginia.

"Just a few days ago, the press and the pundits had declared the campaign dead, and then came South Carolina and they had something to say about it," Biden said at a election night rally in Los Angeles on Tuesday. "We were told: 'Well, when you got to Super Tuesday, it would be over.' Well, it may be over for the other guy."

That was likely a shot at his closest rival, Vermont Sen. Bernie Sanders, who until Tuesday morning looked to be in a comfortable position.

Biden's strong performance in Texas helped defeat another rival, billionaire Michael Bloomberg, the former New York mayor. Bloomberg finished a distant third in the state after pouring more than $500 million of his personal fortune in campaign ads across all 15 Super Tuesday contests.

Bloomberg suspended his campaign Wednesday and endorsed Biden, who he called "my friend and a great American."

For Biden, Texas, the night's second-largest haul with 228 delegates, proved that momentum may be more of a contributing factor in a race then money or organization. As NPR Politics Editor Amita Kelly pointed out during NPR's election night analysis, Biden only spent around $89,000 in Texas. 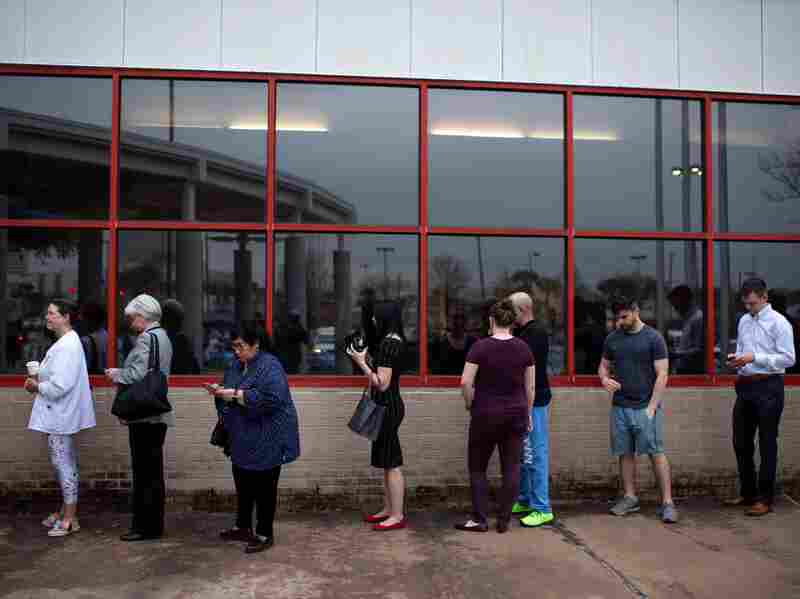 Voters wait in line to cast their ballots during the presidential primary in Houston, Texas on Super Tuesday, March 3. Mark Felix/AFP via Getty Images hide caption 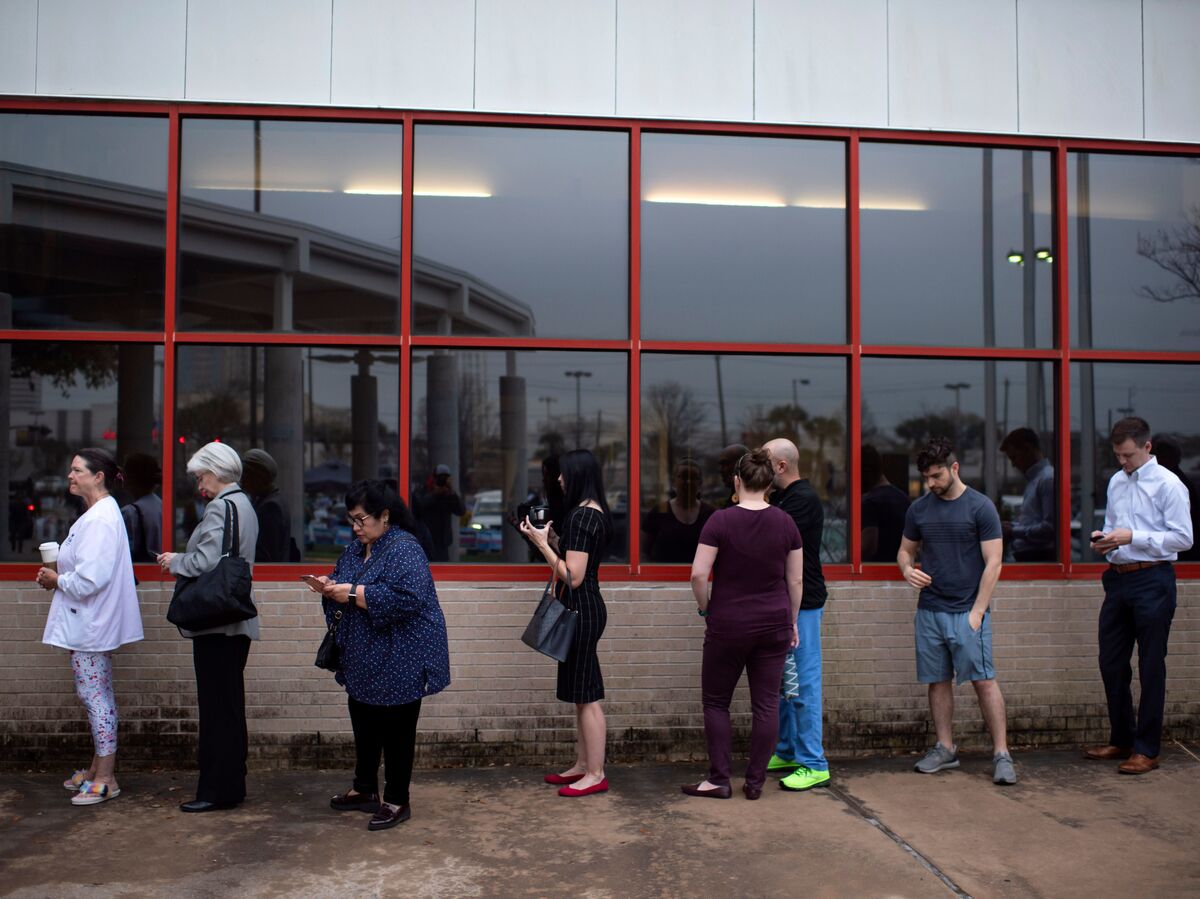 Voters wait in line to cast their ballots during the presidential primary in Houston, Texas on Super Tuesday, March 3.

Meanwhile, Sanders, the only other candidate poised to challenge Biden for the Democratic nomination, spent more than $3.7 million in the state.

It's not all bad for Sanders though. With more than 90% of Texas precincts reporting, Biden holds a less than 4-point lead over Sanders, according to The Associated Press, which means both candidates will be awarded delegates.

That split in delegates also holds true in the night's largest prize, California. While Sanders won the state, the self-described Democratic socialist did not win by a wide enough margin to keep the former vice president from claiming his share of delegates.

Biden's Tuesday night performance can be described as nothing short of phenomenal.

In the 72 hours between his commanding victory Saturday in the South Carolina primary and the Super Tuesday contests, Biden was able to consolidate endorsements from former presidential rivals, Pete Buttgieg, the former mayor of South Bend, Ind., Sen. Amy Klobuchar of Minnesota and former Texas Congressman Beto O'Rourke.

Biden was also able to demonstrate his widespread support among African American voters, a core constituency in the Democratic Party, but one that did not factor in early contents in Iowa and New Hampshire. Biden placed a distant fourth and fifth respectively in those states.

Biden won the largest counties in Texas despite long wait times and technical issues marring the experience for some voters.

Houston Public Media reported that Harris County, which includes Houston, had 52 fewer polling places than in previous elections, and those closures disproportionately impact communities of color.

With those victories, Biden now pulls ahead in the overall delegate count, leading Sanders 566 to 501.