Accessibility links
Pence To Visit Washington State As Coronavirus Death Toll Rises Vice President Pence will travel to the state hit hardest by coronavirus. "I want to assure the people ... that we're with them," Pence said. 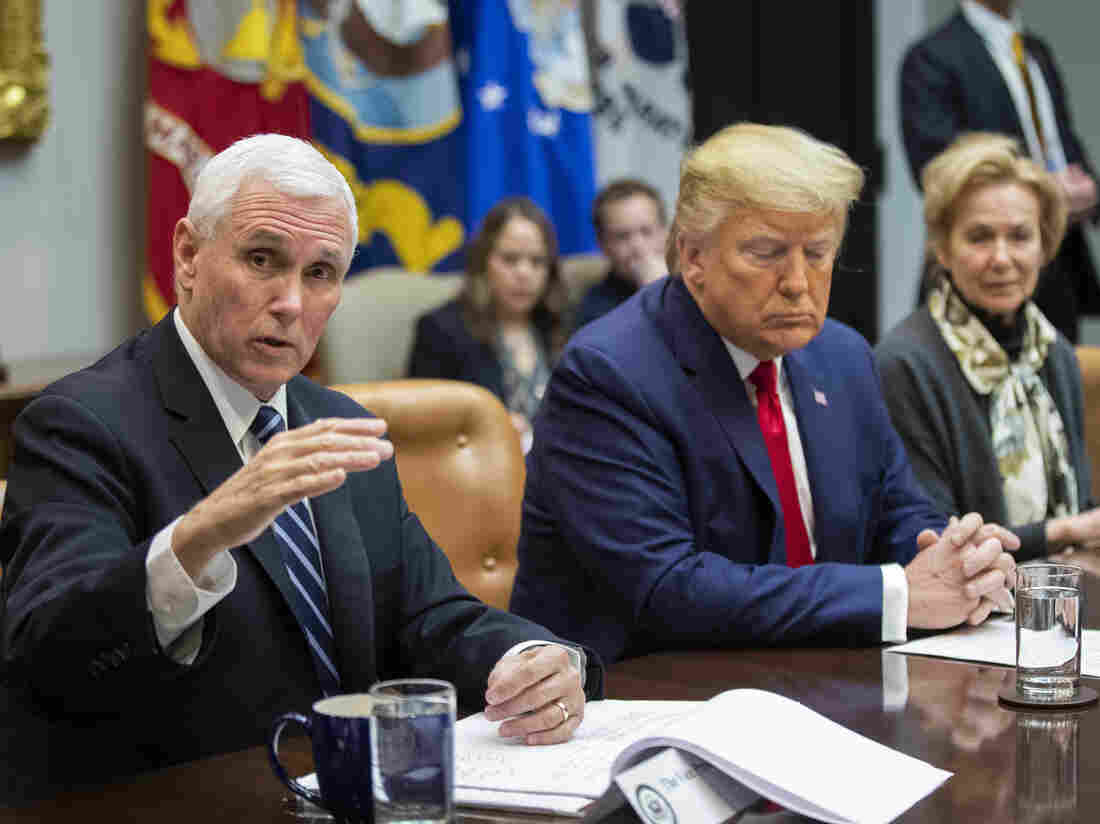 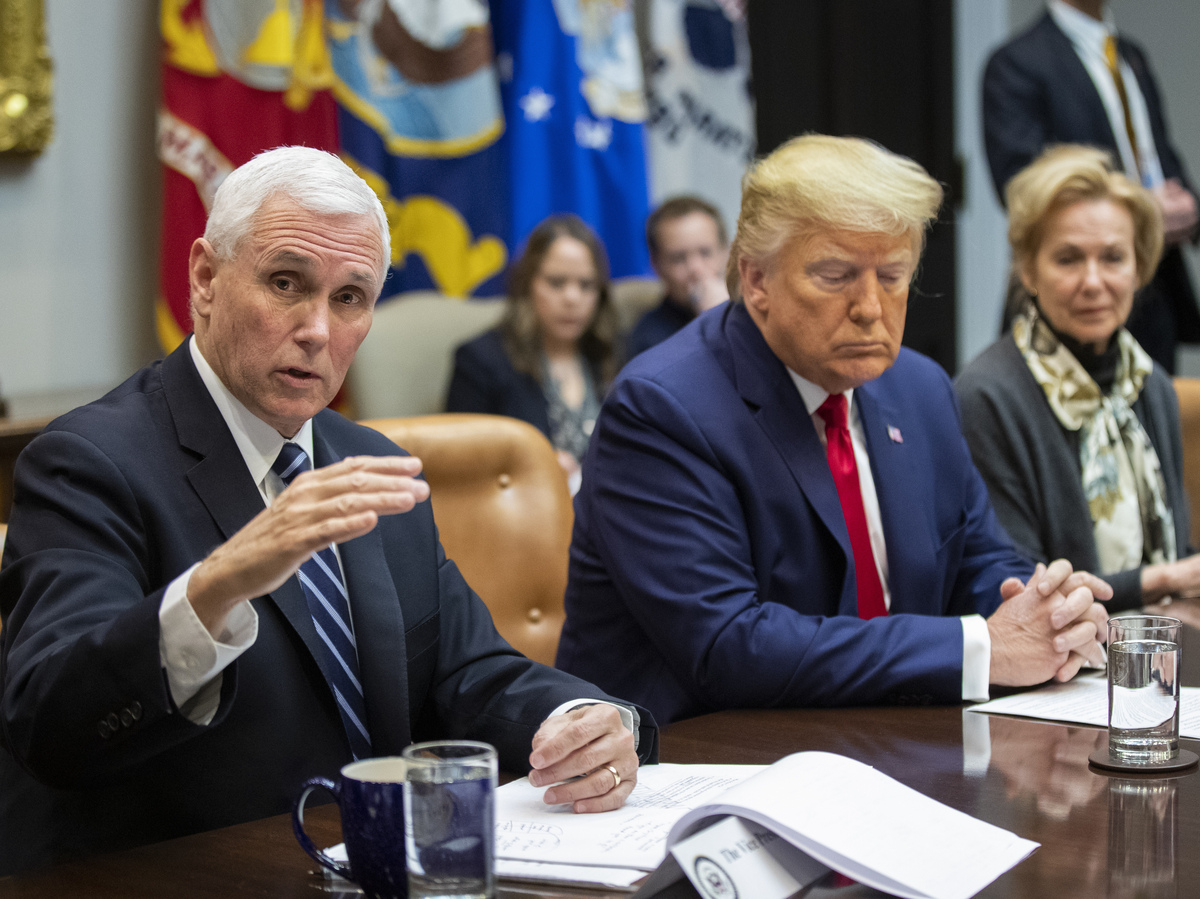 Vice President Mike Pence will travel to Olympia, Wash., on Thursday to meet with the governor and health officials and express support for the region that has been hit hardest by coronavirus.

"By being there on the ground, I want to assure the people of Washington State, people of California, people that are in the communities that are being impacted by the virus, that we're with them," Pence told reporters, pledging federal resources to help.

As of Wednesday, 10 people in Washington state have died after contracting the virus. The state now has 39 confirmed cases, many of which are linked to a long-term care facility northeast of Seattle. California has had one death and more than 50 positive cases, state health officials say, including 24 people who arrived in the U.S. on repatriation flights from outbreak locations in Asia.

Pence held meetings with business leaders in sectors linked to the coronavirus response at the White House on Wednesday, including CEOs from nursing homes and commercial laboratory testing companies.

President Trump joined a task force meeting with CEOs of major airlines to press for more cooperation with data that public health officials use to track down passengers when someone on a flight is later found to have coronavirus.

"What we're asking for is additional pieces of information so that the CDC ... and others can track individuals as they come into the country and as they continue on to their final destination," acting Department of Homeland Security Secretary Chad Wolf told reporters.

Asked whether the issue had been resolved, Wolf said: "I think we will continue to have conversations."

The top lobbyist for the airline industry told the task force that airlines are working on a mobile app and website to collect information. "We think there are better ways to trace the passengers coming in," said Nicholas Calio, CEO of Airlines for America.

The CDC is still working to trace people who shared a flight with a person from North Carolina who became sick with coronavirus after flying home from a visit to the Life Care Center in Kirkland, Wash., the long-term care facility that is considered to be the site of an outbreak.

"We have the manifest. Now the trick is to go find them. That's why we're having this discussion," Robert Redfield, director of the CDC, told reporters.

The airline CEOs told Trump and Pence they were taking extra steps to clean and disinfect aircraft. Oscar Munoz, CEO of United Airlines, said the issue was personal for him: He is a heart transplant survivor and has immune issues. He said his staff invented the "corona bump" – a greeting by elbow – which he called "a fun way of expressing what we all need to know."

Trump has said his decision in late January to restrict air travel from China was a key factor in slowing the spread of the disease in the United States. His administration has added screening measures for travelers on flights from Italy and South Korea — two other hot spots for the virus — and he said on Tuesday he is considering further limits on incoming travelers for those two countries and Japan.

How Not To Get Sick On A Plane: A Guide To Avoiding Pathogens

Trump said the administration will continue to evaluate whether further restrictions are needed for international travelers entering the United States.

"As certain areas get to be more of a problem, we may close them up, as we have done with numerous areas," Trump said.

Pence met with Democratic and House lawmakers on Wednesday. Later, they approved a response package worth about $8 billion — far greater than the $2.5 billion that the Trump administration had requested. The Senate is expected to vote on the measure by the end of the week.

Some of the money will be used to buy millions of face masks and other protective gear for health workers from 3M, Honeywell and other companies. Pence plans to visit a 3M plant in Minnesota on Thursday before going to Washington state.