Accessibility links
Elizabeth Warren: What's Next After A Tough Super Tuesday? The Massachusetts senator now occupies an awkward middle ground in the presidential race. She has a large and enthusiastic base but hasn't been able to present a real challenge to the front-runners. 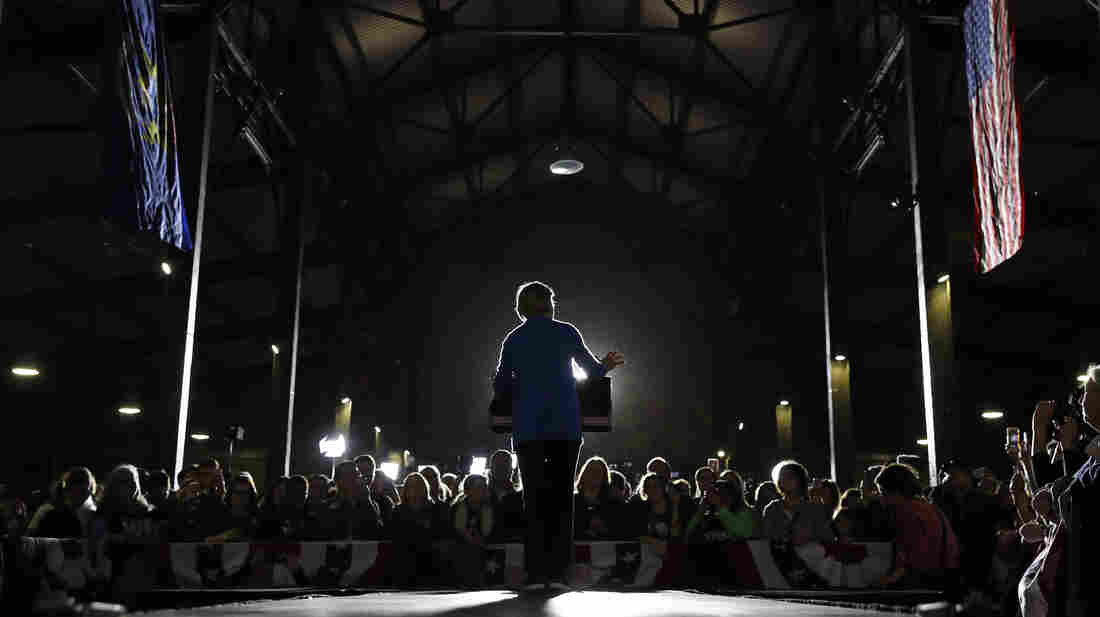 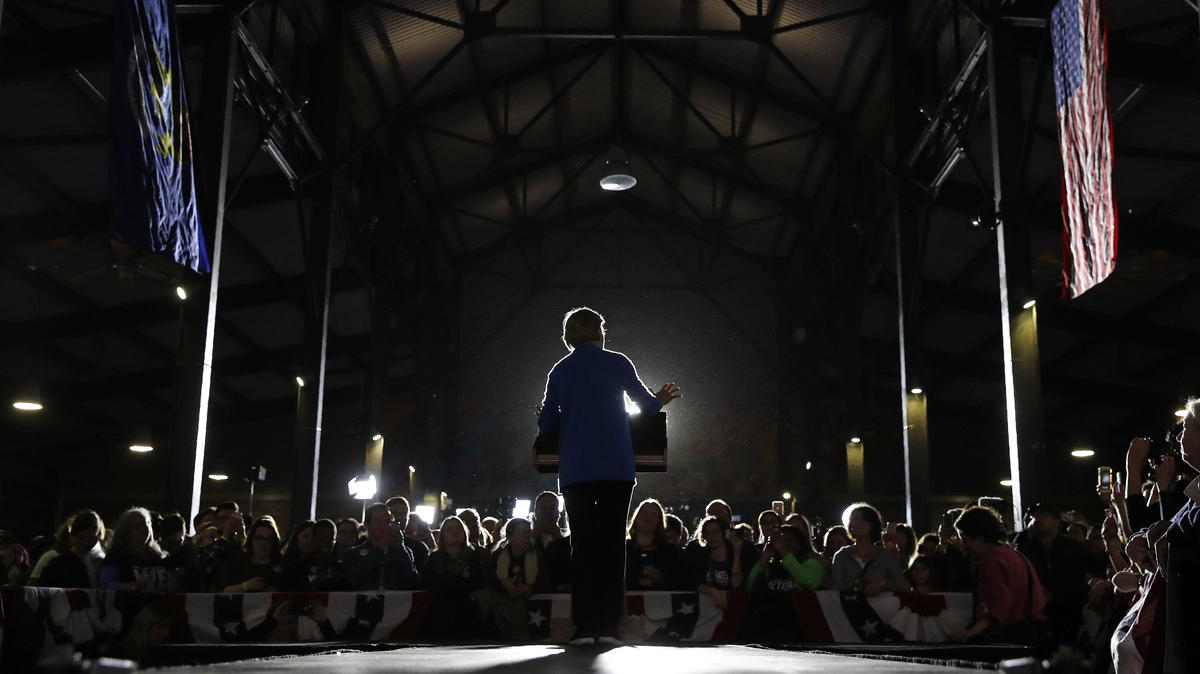 Elizabeth Warren is "talking to her team to assess the path forward," an aide told NPR on Wednesday morning. A big question now hangs over her campaign after falling short on Super Tuesday: What now?

Tuesday night seemed to be make or break for the Massachusetts senator — she had not finished in the top two in any of the four early states. And while she did pick up more than 40 delegates Tuesday night in the Democratic presidential primary, she remains well behind Joe Biden and Bernie Sanders. In fact, thus far, results show that she will likely exit Super Tuesday still not having placed in the top two anywhere — including her home state of Massachusetts.

What appeared to be a narrow path to victory going into Super Tuesday now appears practically impossible.

Warren is now hundreds of delegates behind the front-runners, Biden and Sanders. She exits Super Tuesday with just 50 delegates. Meanwhile, front-runner Biden has 453 and Bernie Sanders is in second with 382.

Warren ended Super Tuesday in Detroit with an early evening speech that urged voters to stop strategizing with their votes based on the fears about electability.

"What I see happening is a lot of folks trying to turn voting into some complicated strategy. You know, pundits, friends, neighbors are all saying you have to second-guess yourself on this," she said. "But prediction has been a terrible business and the pundits have gotten it wrong over and over."

Warren had signaled that she intends to keep going in this race. On Tuesday night, she announced that she is planning to return to Michigan later this week and also hold events in Arizona and Idaho, seeming to signal that she isn't giving up. Michigan and Idaho hold their primaries on March 10, with Arizona following a week later.

And indeed, over the weekend, her campaign had released a memo saying she was pinning her hopes on the Democratic convention in July, banking on no candidate winning an outright majority of delegates.

Warren now occupies an awkward middle ground in the presidential race. On the one hand, she has amassed a large and enthusiastic base of support that promotes her ardently on social media and fills events; her campaign reports that she drew more than 3,000 people in Los Angeles on Monday night and 2,200 in Detroit on Tuesday.

However, none of that has proved enough to present a major challenge in the delegate race.

Perhaps another illustration of Warren's difficult position is that she was the first-place, second-choice candidate in the latest NPR/PBS NewsHour/Marist poll. That poll showed her to be the second choice of 23% of Democrats, buoyed in particular by Bernie Sanders supporters. That put her well past the next-highest candidate, Sanders, at 14%. In short: many voters may see her as a candidate they could vote for, but not enough see her as their top choice.

At least for the past couple of days, Warren's faithful have said they would stick with her to the end.

There are plenty of reasons to hide under the covers. But she's a reason to get out of bed.

While waiting for Warren to speak in Los Angeles on Monday night, Naomi Schegloff said that she refused to vote strategically.

"We are barely getting started on the delegates," she said. "But when somebody shows up who — it's not just that you dislike them the least, but you actually genuinely like them — I mean, if you can be excited about something right now, you should be excited about it. There are plenty of reasons to hide under the covers. But she's a reason to get out of bed."

Tuesday night in Michigan, some of Warren's supporters were hanging on, but less cheerfully.

"I would like to say I'm optimistic, but to be honest, the American people consistently disappoint me, so I'm not that optimistic," said Yvie Siferd, an attorney from the Detroit area. "But I am hanging on to a little bit of hope."

"Same. Honestly, the same," said her friend Rolanda Kelley, who works as a manager at a Costco. She paused, then added: "A little heartbroken, yeah. I am."

Asma Khalid contributed to this report.