Accessibility links
Review: 'Devs' Is A Tech Bubble - Pretty, But Hollow At Its Center Writer/director Alex Garland's techno-thriller limited series tries to be many things at once, but it parcels out its pulpy delights sparingly, in favor of ponderous navel-gazing.

Tech Bubble: 'Devs' Is Stylish, But Hollow At The Center

Tech Bubble: 'Devs' Is Stylish, But Hollow At The Center 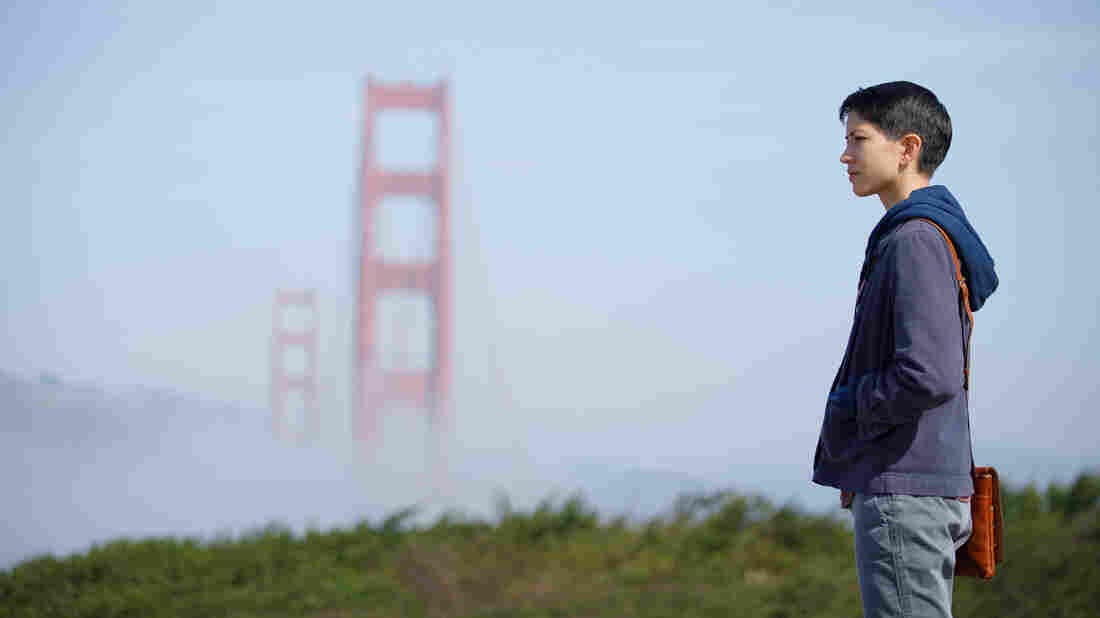 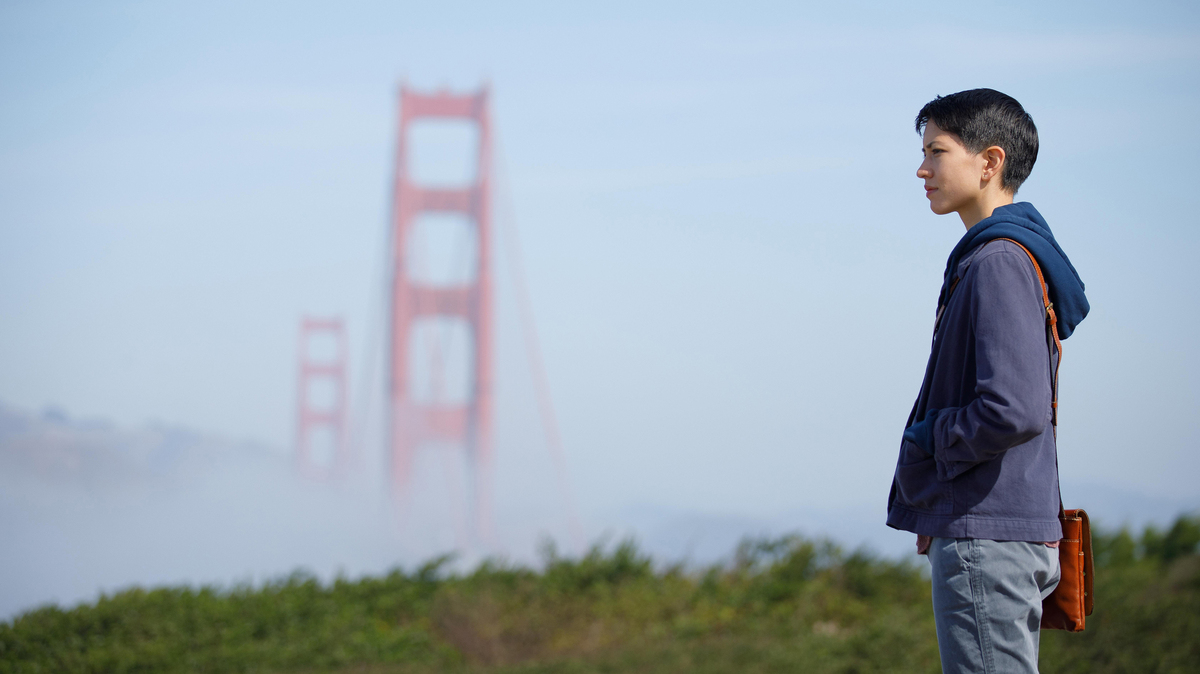 The first two episodes of Devs drop on FX on Hulu on Thursday, March 5th. The remaining six episodes will be published over the following six weeks.

The light, in the fascinating and frustrating limited series Devs, is always golden. Doesn't matter if we find ourselves outside (as we do in any number of establishing shots that soar over downtown San Francisco as the first rays of sunlight burnish every surface to a blinding sheen), or if we're inside (as we are in the many scenes taking place within the Devs Lab — a gleaming cube mysteriously suspended in mid-air inside a vast, golden vault, where mysterious things are afoot, mysteriously, amid pulsing, yellow, mysterious light).

What the various coders who work in that gorgeous, glowing space are actually up to is something the series, written and directed by Alex Garland, parcels out slowly.

None of which should come as a surprise to those who've followed Garland's career. His films Ex Machina and Annihilation took pulpy, familiar sci-fi premises (robots and alien invasion, respectively) and set about methodically dissecting them, uncovering satisfying new layers inside their central metaphors — the nature of consciousness (Ex Machina) and the power of depression and grief to alter our perception (Annihilation).

Devs concerns itself with both of those themes, to varying degrees — but the act of stretching its story over eight hours saps the momentum by allowing for repetitive story beats and ponderous, unintentionally funny navel-gazing dialogue about the state of the universe.

It can't help but feel of-the-moment, however, taking place as it does largely on the bucolic Bay Area campus of a tech firm led by an eccentric, leonine CEO (Nick Offerman) — an oasis of redwood trees, fixie bikes and glass-paneled workspaces. Two software engineers at the firm, Lily (Sonoya Mizuno) and Sergei (Karl Glusman) share an apartment facing Dolores Park; in the morning, they step over a man sleeping in their front doorway.

Listening To The Ho-Hum Of The Machine

When Sergei gets tapped to join the Devs Team, Lily finds herself drawn into a world of corporate espionage, violence and, not for nothing, quantum physics.

"Finds herself drawn into" being the operative phrase, here. On those rare occasions Mizuno's Lily is called upon to emote, she's quite good — but she spends the vast majority of her screentime stoically being acted upon. The script has her chafing against the idea of being rescued by men like Sergei or her former boyfriend Jamie (a wryly funny Jin Ha), but then proceeds to have her ... be rescued. By men. A lot.

Which would be fine, or at least not a deal-breaker, if the series weren't obsessed with underlining Lily's chosen status. Other characters are forever telling her she's "exceptional," "smart," "strong" and "special," but she's afforded precious few opportunities to make that case to us herself. Her choices keep getting circumscribed, and she keeps reacting by ... not reacting.

Now: It could be argued that there exists a clear, structural, story-logic reason for Lily's lack of agency which I will not spoil. Even so, it's one thing to understand the intellectual point Devs is making with Lily's passivity, and quite another for it to work emotionally — and dramatically.

The show is gorgeously shot, and features sparks of deadpan humor from Devs coders played by Stephen McKinley Henderson and Cailee Spaeny. Alison Pill, as Offerman's second-in-command, is given a lot of those "nature of the universe" monologues to deliver, and she does so with a blank, affectless stare that's duly chilling. The great Zach Grenier, as a villainous head of security, goes about his grim business with a hard-nosed menace.

Devs gets most interesting when it drops its whispered, impassive tone and lets, for example, Jin Ha's character inject a much-needed note of humanity, or when a powerful Senator played by Janet Mock gets to rake Offerman's imperious tech leader over the coals:

There's a rawness behind those words, a beating pulse, a clear point of view that only too rarely makes its presence felt over the course of the series' eight episodes. The plague of modern, tech-driven cultural alienation is Devs' theme — and it's a solid one. The problem, from a pure storytelling point of view, is that the show's tone, characters and narrative momentum have all surrendered to that same detached, emotionally isolated form of disaffection.