Accessibility links
Review: Gagging On The Gig Economy In 'Sorry We Missed You' Director Ken Loach and writer Paul Laverty deliver a "lacerating social drama" about a delivery driver (Kris Hitchen) whose demanding job comes with penalties that wipe out his pay. 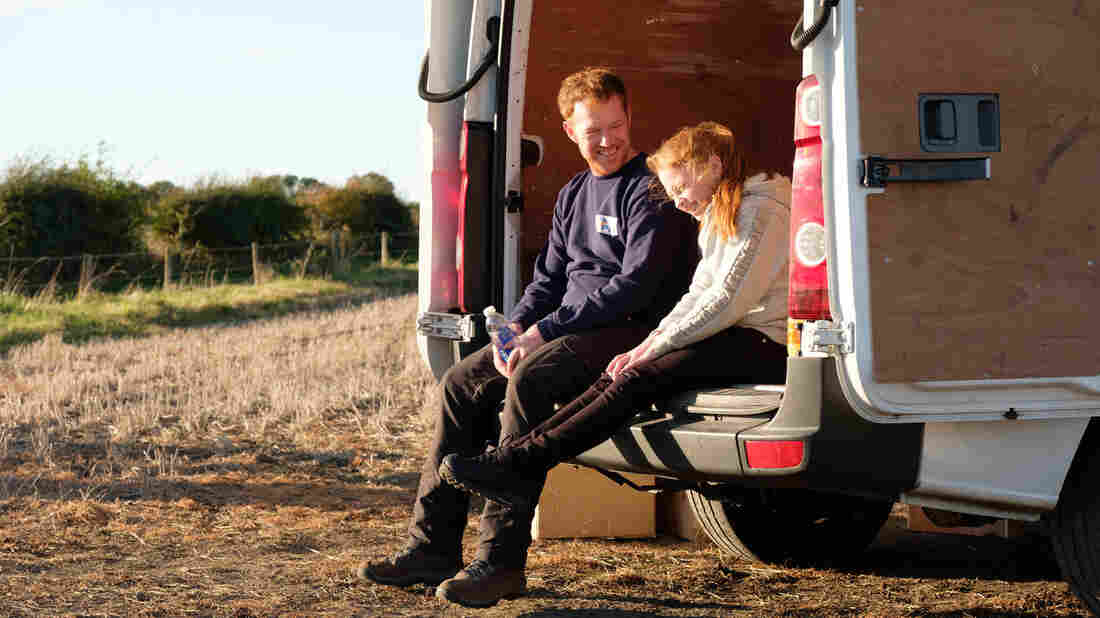 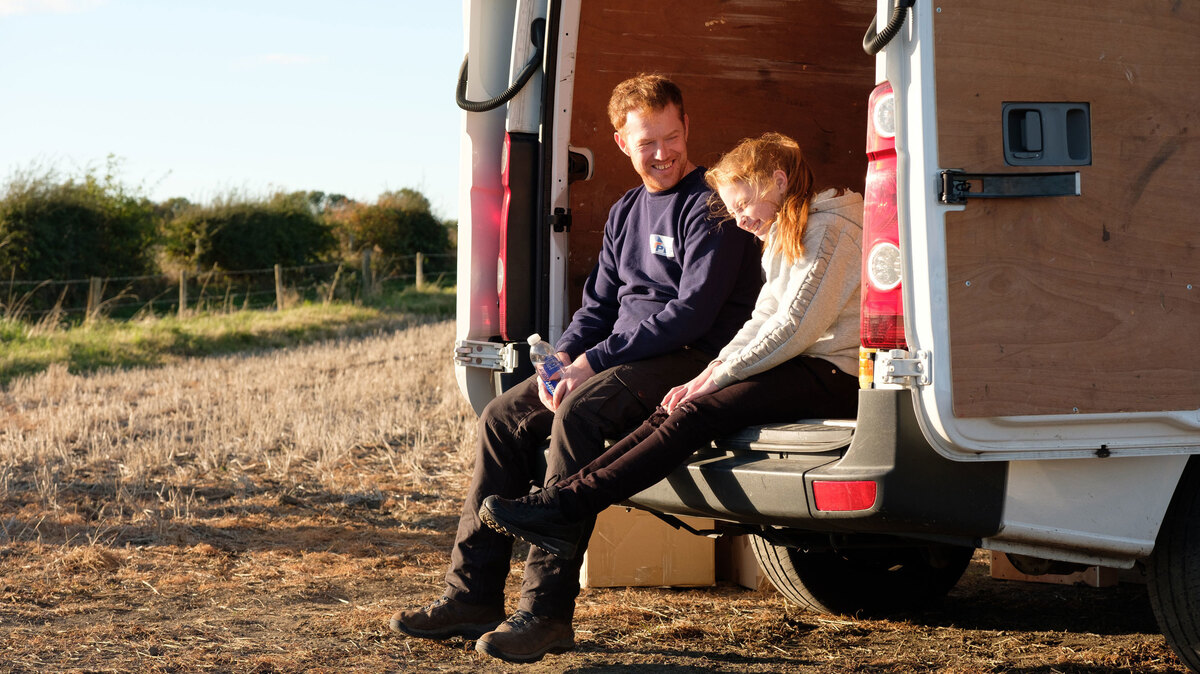 That's the pitch Ricky Turner (Kris Hitchen) swallows at the beginning of Sorry We Missed You, a lacerating social drama that proceeds to demolish the current corporate line on "gig work." It's not an equal partnership, explains the longtime team of director Ken Loach and writer Paul Laverty, but something a lot more feudal.

Sorry We Missed You might be described as Loach and Laverty's return to Newcastle, the site of their previous I, Daniel Blake. Except that they never really left. The new movie was inspired by the earlier one's scenes at a real food bank, where the filmmakers were surprised to learn how many of the clients were not unemployed. They were members of the working poor.

That category includes quick-tempered Ricky and his compassionate spouse, Abby (Debbie Honeywood), a home-care nurse. Still recovering from the 2008 financial crash in which they lost their house, the Turners are raising gentle 11-year-old Lisa Jane (Katie Proctor) and sullen 15-year-old Seb (Rhys Stone). They're all close, so everyone suffers when Dad does.

Ricky's new job — or, officially, collaboration — is with the fictional PDF, a company that delivers small parcels. The first choice Ricky must make is between buying a van or leasing one from PDF at a rate that would likely eat all his profit. He buys, but can afford to do so only by getting Abby to sell her car. That forces her to visit clients via an unreliable bus system, meaning that both she and her husband will spend less time at home with the kids.

'Daniel Blake' Skewers The Red Tape That Keeps The Downtrodden Down

A Class-Concious Romp With 'The Angels' Share' Of Charm

That's the first miscalculation, but there are many more. Ricky does reasonably well initially, even if he is essentially enslaved by the "gun," a handheld computer that monitors his deliveries. Then Ricky's luck turns, and he discovers that his wages — or, officially, fees — can be wiped out by penalties.

The script has many brutal incidents, probably drawn from Laverty's interviews with delivery drivers, but what's most devastating is how the company punishes innocent behavior. Ricky takes Lisa Jane to work with him one weekend, and they have a good time. Then his supervisor, a self-proclaimed "nasty bastard" (Ross Brewster), informs Ricky that the outing was against the rules. It seems that the "self-employed" driver works for PDF, not with it.

Loach's detractors call the 83-year-old director's films didactic, and sometimes they are. But, aside from a few of Abby's remarks, Sorry We Missed You goes easy on political speeches. (No one even utters the word "Amazon.") Still, the script's pileup of workplace misfortunes seems excessive. The story would be more persuasive if, rather than dump all the calamities on Ricky, it spread them among the coworkers we barely get to know.

In this scenario, however, the ensemble that matters is the family. The parents and children's personalities are sharply drawn, and the roles are convincingly played by a cast that includes several nonprofessionals. (This is the first movie for all the principals except Hitchen, a former plumber.) Loach shot the film in chronological order, as he usually does, so that emotions and relationships develop naturally.

Ricky would have to be a saint to abide all the indignities of his non-job job, which doesn't even allow him bathroom breaks. To their credit, Loach and Laverty never present him as anything so simple or virtuous. Sorry We Missed You has some thoughts about political economy, but it's primarily about human nature.