Accessibility links
Review: Documentary 'The Booksellers' Speaks Volumes This "delightful homage" to the world of antiquarian books in New York City features celebrity talking heads — but comes alive when it spotlights the eccentrics who are passionate about collecting. 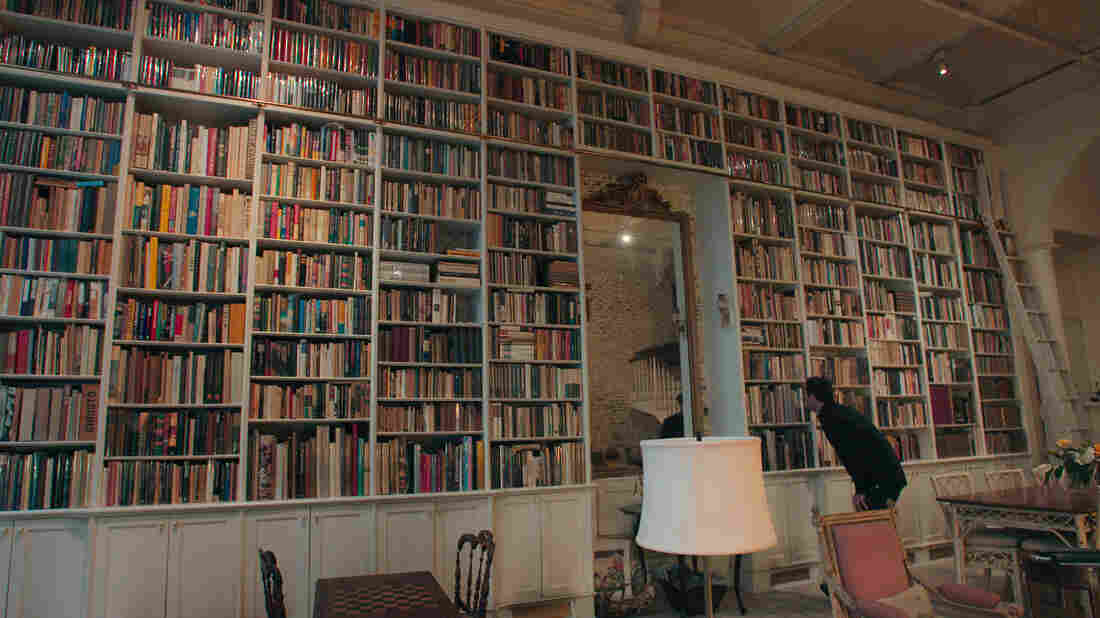 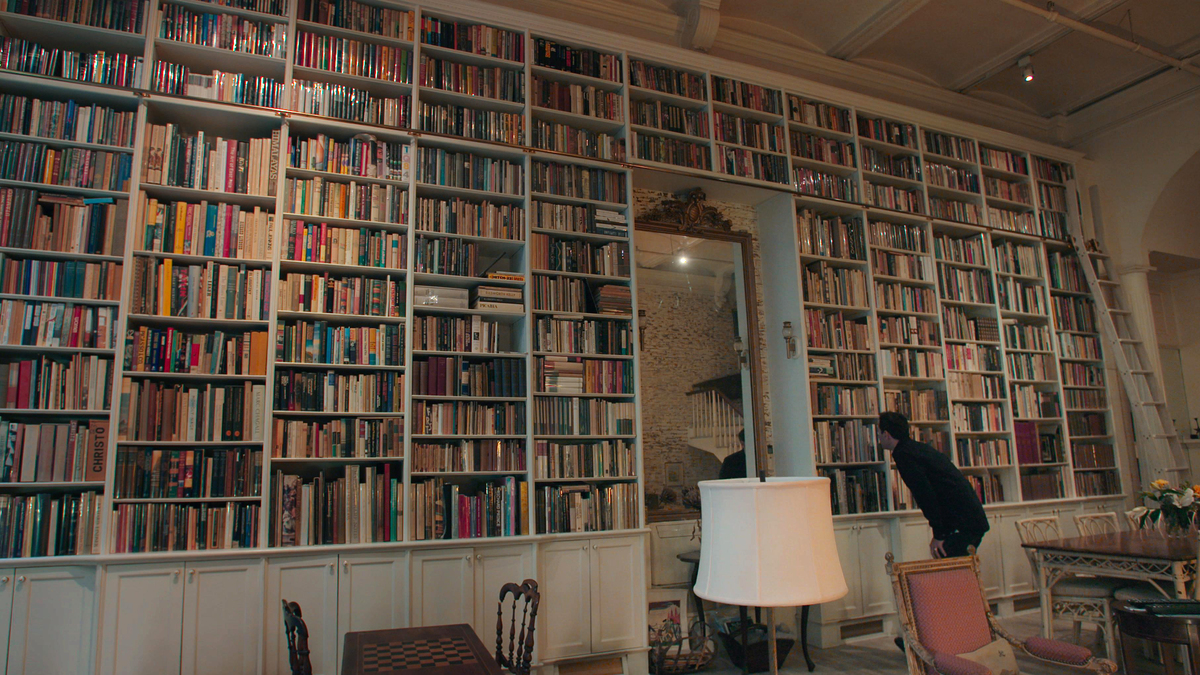 Adam Weinberger examines a bookshelf in the documentary The Booksellers.

As we hurtle closer to a time when little kids will look up from their tablets to inquire, "What was a book, Mommy?" much as they now ask, "What's a record player?," it may cheer you to learn, from a charming new documentary about bookselling, that while the middle-aged tend to play on Kindles these days, millennials are to be seen in droves reading print books on the New York subway. They're probably also the ones ordering "vintage" turntables, and they may be driving the encouraging current renaissance of independent bookstores serving cappuccino on the side, to lure us back from Amazon.

The books being bought, sold and read there, though, are unlikely to be the kind found at the New York Book Fair in a gorgeous old building on the city's Upper East Side: ancient tomes, some with curled and peeling pages, others gorgeously illuminated. The handlers of those books are the subject of D.W. Young's beguiling film, The Booksellers, about the world of New York antiquarian book dealers. They're a vanishing breed who, with some exceptions, regard their work more as consuming passion than as career.

Though Young dots the testimonial terrain with a few famous book lovers — Fran Lebowitz, Susan Orlean, Gay Talese — most of the story is told by eccentrics you've never heard of but will enjoy meeting. Dandies in tweeds and bow ties, pear-shaped nerds with sloping shoulders, all manner of Dickensian oddballs, are all as well-represented here as you might expect from this arcane enterprise. Meet the self-described poet, Arabist and sci-fi collector who, with his lanky frame and long twitch of hair, looks to have marched off the pages of an Edward Gorey tale. Or the ruddy-cheeked British auctioneer in country brogues who looks as though he should be posing with a hunting rifle. Or the dealer in a three-piece checkered suit of vintage cut, his face all but hidden behind a handlebar mustache.

Sprinkled among this bunch is a small army of older gents who have been in the business since time began. Rumpled, balding and lamenting "the shattering of concentration" by smartphones and such, they lurk in decrepit emporia behind teetering piles of dust-encrusted tomes topped by cats with Maggie Smith stares. As Lebowitz observes with glee (of the grumpy owners, not the grumpy felines), "They don't want to sell you anything because they just want to stand there and read all day."

And why not, in these treasure palaces in whose cobwebbed corners you can browse away the day and "find what you aren't looking for."? Here's a specialist in radical cultural movements with a focus on the conflict in Afghanistan. That rich dude who made his fortune from Priceline.com shows off a vast, well-tended library with books organized by height, designed as a "homage to Escher," and waiting to be digitized. Rich or poor, almost all cherish their books as physical objects too. One indiscriminate collector, admitting that "I don't know why I collect," proudly picks out a tome entitled Amish Love to underscore his devotion to anything between covers.

And guess what? There are women dealers and collectors today too, some of them young, like the elegantly black-clad Rebecca, who's a regular guest on the hit Pawn Star television show, or the exuberant black archivist who collects all things hip-hop.

The Booksellers is by no means just an elegy for a dying trade run ragged by astronomical New York City rents, by the internet in general and dread Amazon in particular. It's big business at the top, where the internet drives astronomical prices and millionaires tune into auctions by phone or online (a Da Vinci manuscript famously sold for $28 million not so long ago), even as it impoverishes and displaces those at the bottom.

Rich or poor, most of the book lovers in this delightful homage belong to a tribe that grooves to the arcane because they see what others don't in any given book. Most, as the collector with a doctorate in lyric poetry admits with a rueful grin, see themselves in any case as "not fit for anything else." As the three beaming middle-aged sisters who prop up the Argosy book store, sole survivor of New York's famous Book Row, which once housed 50 antiquarian bookshops, declare, "We like being here."