Accessibility links
Coronavirus Cancellations: Google, Microsoft Workers Told To Stay Home U.S. companies are trying to limit disruption from the coronavirus outbreak by curtailing travel and telling some employees to work from home. Several major tech firms are among the latest to act. 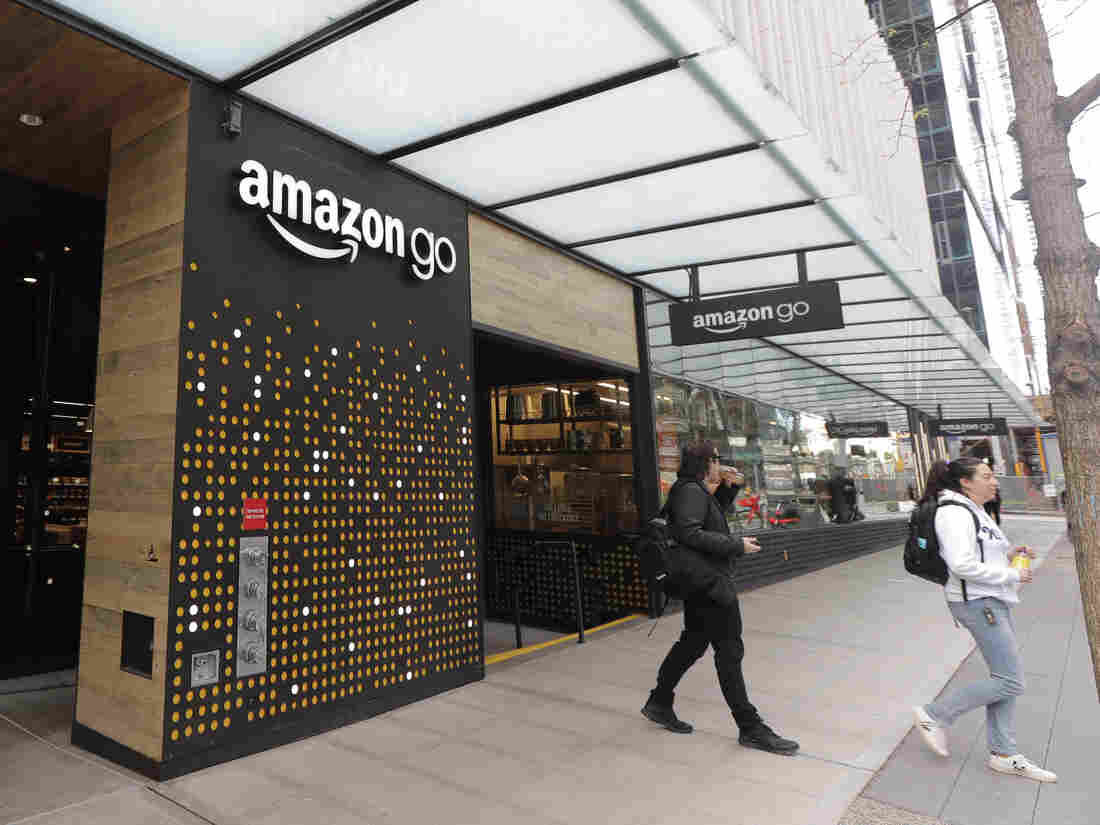 Amazon is among the companies telling workers in the Seattle area to stay home as the coronavirus outbreak spreads. Ted S. Warren/AP hide caption 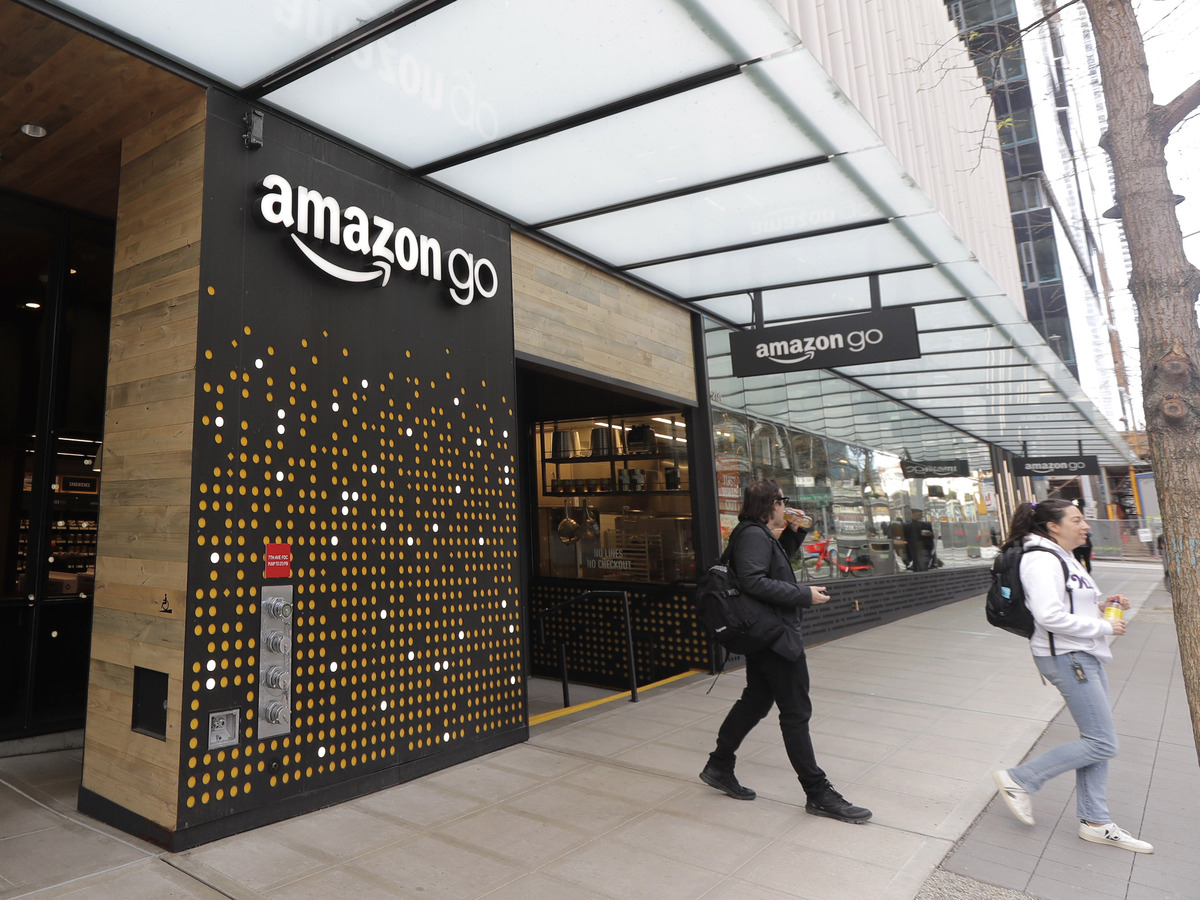 Amazon is among the companies telling workers in the Seattle area to stay home as the coronavirus outbreak spreads.

Amazon, Facebook, Google and Microsoft are telling employees in the Seattle area to work from home as the business world tries to reduce risks from the spreading coronavirus outbreak.

Facebook said a contractor in one of its Seattle offices had been diagnosed with the disease caused by the virus. The worker was last in the office on Feb. 21, and Facebook has closed the office until March 9. The company is encouraging all employees in Seattle to work from home through the end of the month.

"We've notified our employees and are following the advice of public health officials to prioritize everyone's health and safety," a Facebook spokesperson said.

An Amazon employee at the company's Seattle headquarters has also contracted the virus, the company said.

"We are recommending that employees in Seattle/Bellevue who are able to work from home do so through the end of the month," an Amazon spokesperson said.

Google and Microsoft are also recommending that employees in the Seattle area work from home if possible.

American companies including IBM, JPMorgan Chase and Apple are restricting travel and canceling big events or turning them into virtual gatherings, as they try to limit their employees' potential exposure to the virus.

The cancellations are a blow to local cities and vendors and threaten to squeeze the travel industry even more. Stocks of airlines, hotels and cruise lines have all fallen sharply in the past few weeks.

Here are the latest business impacts:

Adobe canceled its annual summit in Las Vegas, saying it would become an "online-only" experience.

Amazon is restricting all nonessential employee travel, including within the U.S. Employees may work from home if they choose. It is encouraging Seattle employees to work from home. A worker at the company's Seattle headquarters and two employees in Milan have contracted the virus.

Apple has restricted employee travel to China, Italy and South Korea, according to Bloomberg News.

Facebook called off its biggest event of the year, its F8 developers conference set for May. It said it would instead offer "locally hosted events, videos and livestreamed content." It also canceled its Global Marketing Summit in San Francisco. It is recommending Seattle employees work from home after a contractor in a Seattle office was diagnosed with the virus.

Google called off its flagship developers conference, I/O, which was scheduled for May. It also scrapped its Global News Initiative summit and said it would turn its Cloud Next conference into a digital event. It has halted all international travel. An employee in its Zurich office has tested positive for the virus. It is also encouraging workers in Washington state to work from home.

IBM said its Think 2020 conference, scheduled for San Francisco in May, would be held as a "global, digital-first event." It suspended domestic travel for internal meetings and participation in events with more than 1,000 attendees. It is also restricting international travel to "business-critical situations when virtual methods are insufficient."

The International Monetary Fund and World Bank said their spring meetings would be held virtually instead of in person in Washington.

Microsoft canceled its MVP Summit in suburban Seattle and said it would turn the networking event into an online-only gathering. It is recommending that employees in Seattle work from home and advising all workers to avoid nonessential travel to regions affected by the virus.

Salesforce prohibited international travel and restricted "all but the most critical" domestic travel and is making customer events digital instead of in person.

Shoptalk, a major retail conference, has been rescheduled to September in Las Vegas. The event, which draws thousands of attendees each year, had been set to kick off on March 22. Organizers said the change was due to corporate travel restrictions as well as public health advice.

Square, the San Francisco-based payments company, is "strongly" encouraging employees to work from home. It also halted nonessential business travel in the U.S. and internationally, and it is "discouraging in-person attendance at internal and external conferences and business events," according to a spokesman.

Twitter is encouraging all employees to work from home if they are able. Workers in Hong Kong, Japan and South Korea are required to work from home. It also suspended "all non-critical business travel and events."

The Washington Post canceled nonessential business travel through the end of March.