Accessibility links
Court Stops Trump's 'Remain In Mexico' Immigration Rule In Arizona, California The 9th Circuit said the policy, which forces asylum-seekers to wait in Mexico, may violate the law. But judges were prepared to block the policy in two states only, starting next week. 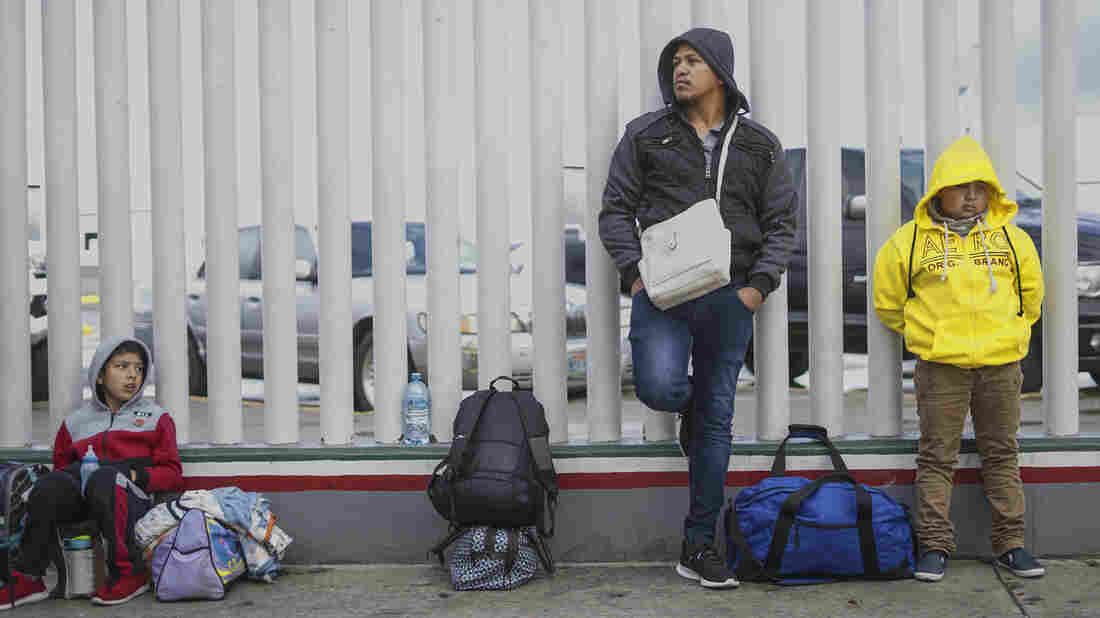 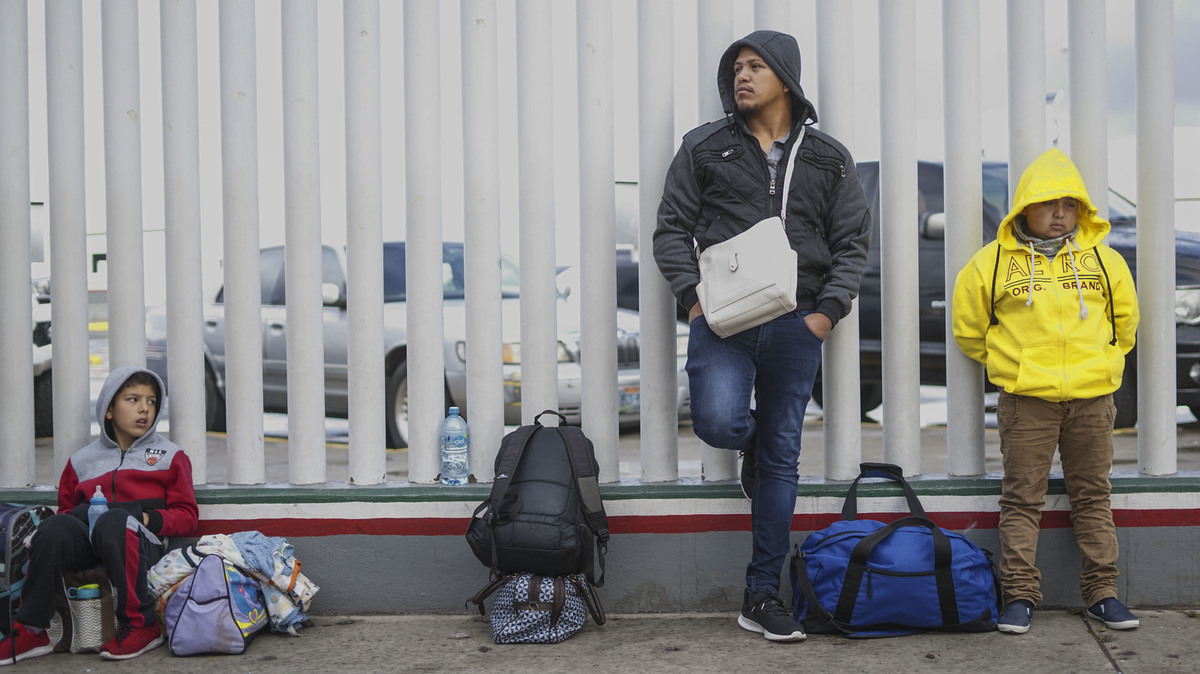 Honduran migrants wait in line to plead their asylum cases earlier this month at a border crossing in Tijuana, Mexico.

A federal appeals court has decided to block the Trump administration's "Remain in Mexico" plan in two states along the U.S. border, following back-and-forth rulings over the program.

In its order late Wednesday, the 9th Circuit Court of Appeals in San Francisco said that next week the administration will have to stop making asylum-seekers wait in Mexico for the U.S. to process their claims, but that the court ban applies only to areas in its jurisdiction, Arizona and California.

The decision comes less than a week after the appeals court briefly blocked the program, then quickly suspended that order.

On Wednesday, the court said it remains "very clear" that a lower court was correct in ruling that the Trump administration program — technically called the Migrant Protection Protocols, or MPP — may violate the law. "It is equally clear," the court added, "that the MPP is causing extreme and irreversible harm to plaintiffs," many of whom are asylum-seekers themselves.

Judges were not certain, however, about the scope of their injunction. Because such a legal question is "a matter of intense and active controversy," they said, the program can continue in regions "outside the geographical boundaries of the Ninth Circuit."

The court said it will wait until March 12 for its order to take effect to see "if the Supreme Court has not in the meantime acted to reverse or otherwise modify our decision."

Wednesday's order represents a setback — but not a knockout — to the administration's controversial asylum policy. Since implementation of the MPP early last year, tens of thousands of migrants have been told to wait in Mexico to await the outcome of their cases — less than 1% of which have ended in successful entry into the U.S.

"This allows us to more effectively administer our immigration laws, including assisting legitimate asylum-seekers while also simultaneously ensuring aliens with nonmeritorious or even fraudulent claims no longer have the incentive to make the journey," Mark Morgan, acting commissioner of U.S. Customs and Border Protection, told reporters at a briefing Thursday.

"The latest MPP ruling could easily drive yet another surge," he added, "not only making our jobs harder to protect the southwest border and safeguard this country, but also it's just going to reenergize the pull factors of illegal immigration, putting everyone once again at risk."

The American Civil Liberties Union sees the policy differently — and vowed to keep fighting it.

"If the administration had any respect for the law or any sense of decency, it would end this program immediately," Judy Rabinovitz, special counsel in the ACLU's Immigrants' Rights Project, which has challenged the program, said in a statement released after the court order. "We will continue working to permanently end this illegal and inhumane policy."

The Tahirih Justice Center, another nonprofit group fighting the policy, expressed frustration at the limited scope of the court's injunction.

" 'Remain in Mexico' has already sent more than 60,000 asylum-seekers to Mexico, violating our legal obligation to provide safe haven to those fleeing life-threatening violence at home," said the organization's litigation counsel, Richard Caldarone. "We call on the government to end this heinous program entirely."

Read the full text of the order