Accessibility links
Report: Russian Election Trolling Is Becoming Subtler, Tougher To Detect A cache of Instagram posts has yielded what researchers call a more up-to-date look at election interference operations. Much of it is familiar but now executed with more sophistication. 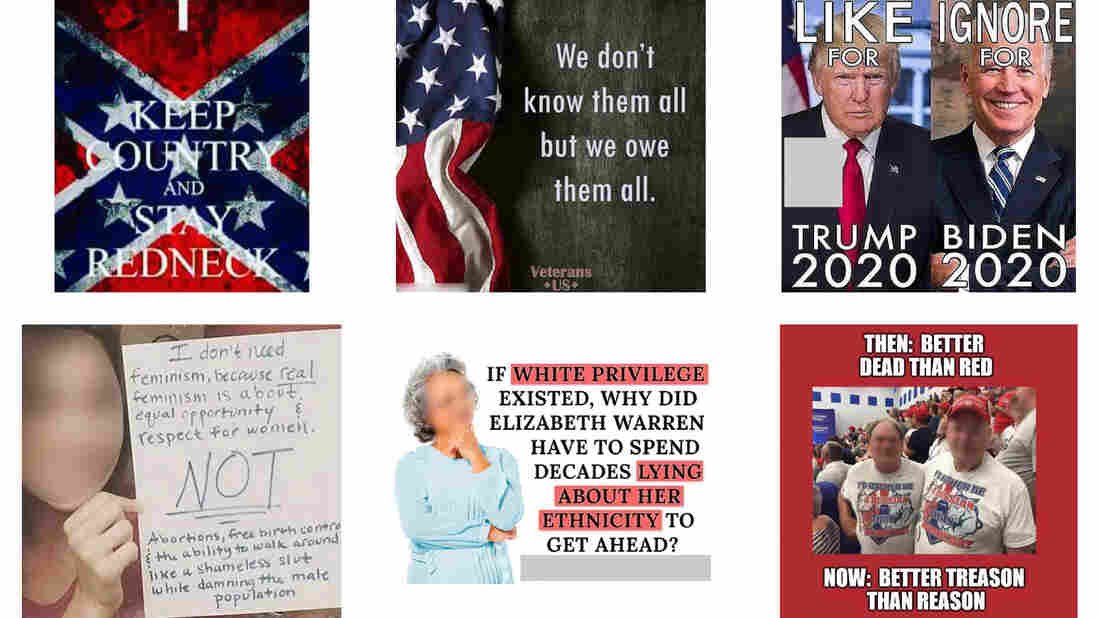 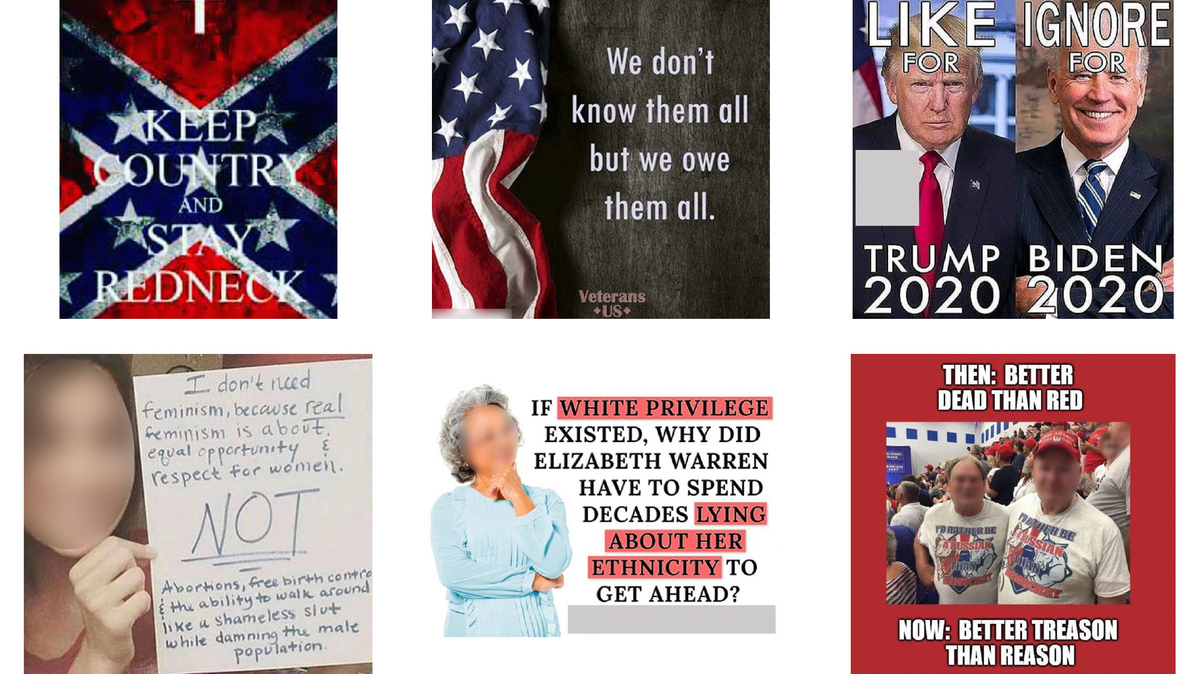 Russia's trolling specialists have evolved their disinformation and agitation techniques to become subtler and tougher to track, according to new research unveiled on Thursday.

A cache of Instagram posts captured by researchers showed that the Russians were "better at impersonating candidates" and that influence-mongers "have moved away from creating their own fake advocacy groups to mimicking and appropriating the names of actual American groups," wrote Young Mie Kim, a University of Wisconsin professor who analyzed the material with her team.

Kim, who is also affiliated with the Brennan Center for Justice at New York University, discussed the analysis in a new report that also included images of some of the posts.

Kim and her team identified 32 Instagram accounts they said appeared to be linked to Russia's now-infamous Internet Research Agency, of which 31 later were confirmed to be IRA-linked by an analysis commissioned by Facebook, which owns Instagram.

The material was taken down, but Kim's team has saved it and studied it.

Kim's report followed warnings this week, ahead of voting on Super Tuesday, that foreign actors are continuing to try to influence voters in the United States.

Law enforcement and intelligence officials told reporters that they didn't detect any big spike in activity but acknowledged that interference activity endures at a steady state.

Kim's report examines that at an atomic level and confirms that the efforts targeting the 2020 vote continue many of the trends exhibited earlier.

What her research did not establish was the degree to which the material was intended to help a specific candidate; there doesn't appear to have been enough to draw a solid conclusion.

Russian influence operations are aimed at sowing chaos and amplifying division as much as bringing about a specific political result, national security officials say.

To that end, influence specialists posed as American grassroots or community activists and targeted populations with the intent to divide them or convince them not to vote, Kim wrote.

"The IRA is well-versed enough in the history and culture of our politics to exploit sharp political divisions already existing in our society," Kim wrote. "American nationalism/patriotism, immigration, gun control and LGBT issues were the top five issues frequently discussed in the IRA's campaigns."

Veterans, working-class whites in rural areas and nonwhites, "especially African Americans," also were especially targeted, according to the report. And: "One notable trend is the increase in the discussion of feminism at both ends of the spectrum."

Kim's findings about the posts' focus on nonwhites tracks with earlier findings of former special counsel Robert Mueller and the Senate Select Committee on Intelligence, both of which documented clear attempts by Russian influence-mongers specifically to divide blacks or dissuade them from voting.

Kim's findings also suggested a level of political sophistication about the operations she analyzed: The accounts targeted battleground states, including those expected to be critical in 2020, such as Michigan, Wisconsin, Florida, Ohio and Arizona.

For as much continuity as Kim's research uncovered about more recent influence operations, the overall game is different from 2016.

National security officials and social media platforms are working in real time to monitor and counter election interference in a way they didn't during the last presidential race.

Twitter's head of site integrity, Yoel Roth, acknowledged to NPR this week that the service was caught "flat-footed" last time and that this is why it's being more active for the 2020 race.

At the same time, however, Roth said technical aspects of the influence operations are changing too.

Twitter today traces very few election-interference posts to Russia, he said. And in 2018 the goal was, in effect, meta-influence: Specialists tried to create the impression that more interference was happening than actually was.

"We saw activity that we believe to have been connected with the Russian Internet Research Agency that was specifically targeting journalists in an attempt to convince them that there had been large-scale activity on the platform that didn't actually happen," Roth told NPR.

Thirteen Russians and three Russian entities, including the IRA, were indicted in 2018 as part of the Justice Department's investigation into the interference of 2016.