Accessibility links
Dan Deacon: Deacon-structing Dan Electro-pop musician and composer Dan Deacon talks about his love of audience participation and plays a game about well-regarded board games with mundane themes. 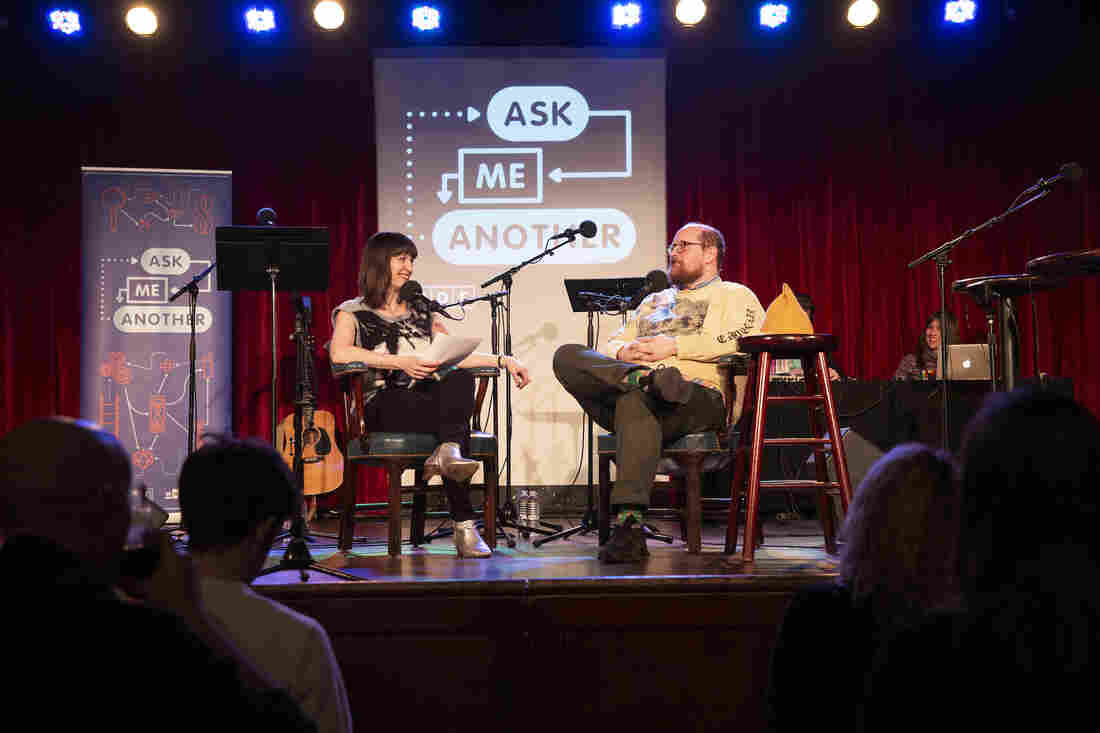 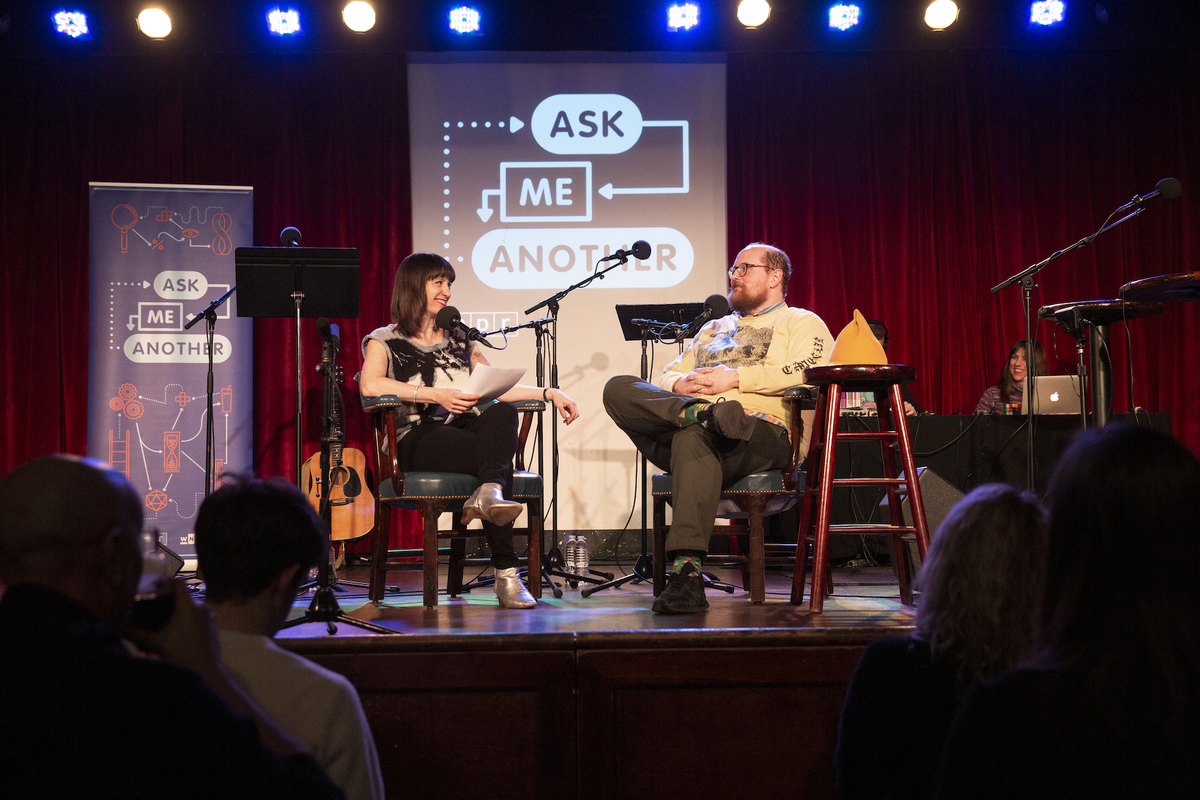 Dan Deacon at the Bell House in Brooklyn, New York.

Electro-pop musician and composer Dan Deacon wants his audience to dance "like if Jurassic Park was Bart Simpson." Deacon's live shows involve heavy audience participation, including (but not limited to) dance competitions. 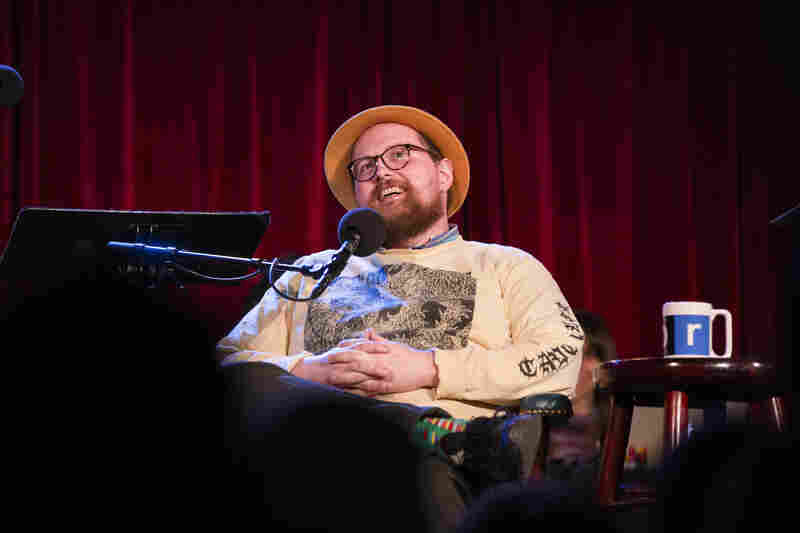 Dan Deacon appears on Ask Me Another at the Bell House in Brooklyn, New York. Nickolai Hammar/NPR hide caption 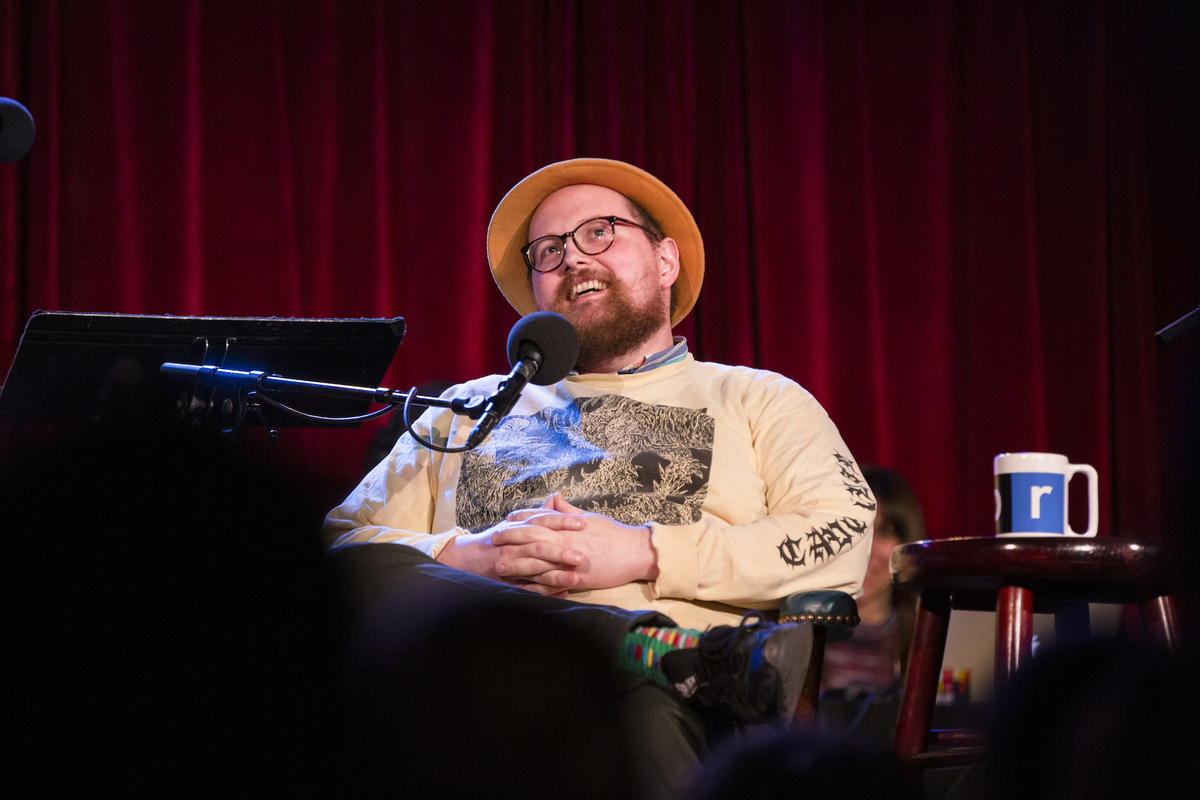 Dan Deacon appears on Ask Me Another at the Bell House in Brooklyn, New York.

"I try to make the show as comfortable as possible," he explained to NPR's Ask Me Another host Ophira Eisenberg at The Bell House in Brooklyn, New York. "That way, when it becomes, 'Okay, now we're gonna do, basically, summer camp activities for next two and a half hours,' it isn't a gruelling punishment."

Deacon's most recent album, Mystic Familiar, is his first in five years — and the first to feature his natural singing voice.

Later, Deacon tests his knowledge of well-regarded board games with mundane themes when he takes his Ask Me Another challenge.

On His First Computer

"My family had a computer, one of those...beige computers. Remember, computers were beige? ...[My dad] bought it for his pest control company but for some reason it had this MIDI program on it, and I didn't know what MIDI was. ...I just fell in love with it."

On Making His Live Shows Theatrical

"This was 2001, 2002, when IDM [Intelligence Dance Music], the arrogant uncle of EDM [Electronic Dance Music], was emerging. Every show...[was] four people being like, 'I got this custom-made laptop and I'm gonna stand here for forty minutes and play esoteric sounds that aren't enjoyable to listen to while standing!' ...So I started thinking, there has to be theater to the performance. If you're gonna put something on stage, there should be something to watch."

On Using His Real Singing Voice In His New Album, Mystic Familiar

"For some reason, with my own voice, I was like, 'No one shall ever hear it.' I was feeling really emotionally raw and very vulnerable — I really wanted to write a song that was just piano and vocals, because I don't play the piano and I don't sing. I was like, 'This'll be great for my career!'"