Accessibility links
6 Ways Colleges And Universities Are Responding To Coronavirus From online classes to warnings against xenophobia — and at least one "COVID-cat" — here's how schools are coping with the global health crisis. 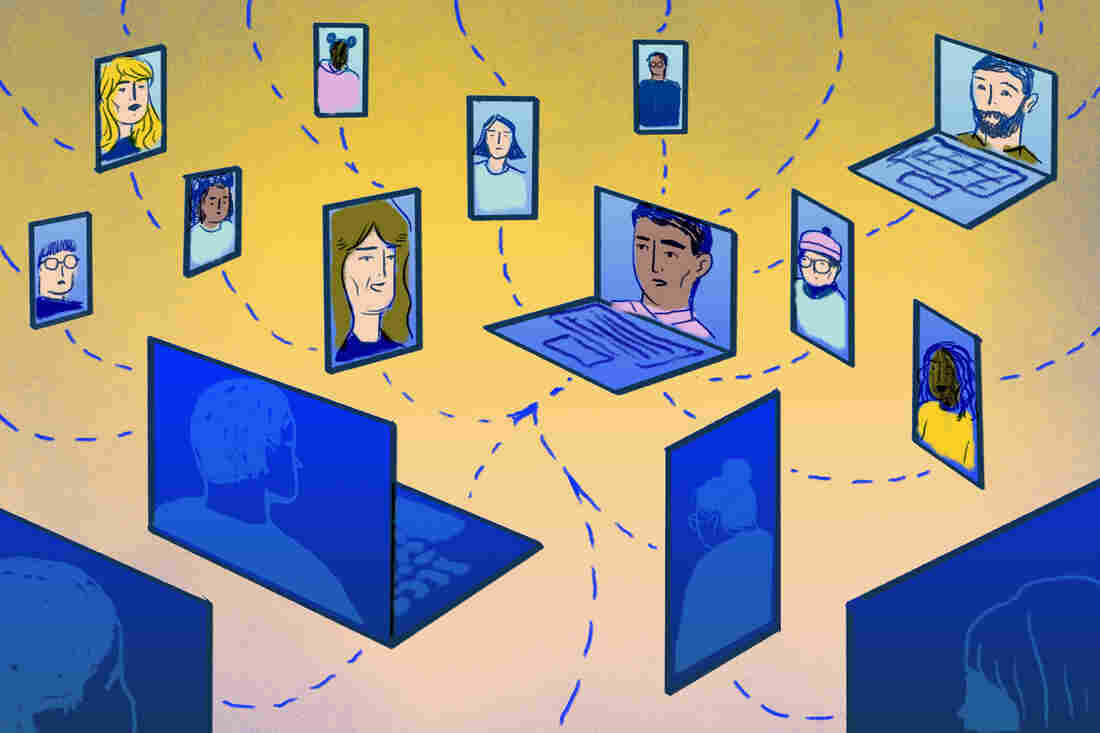 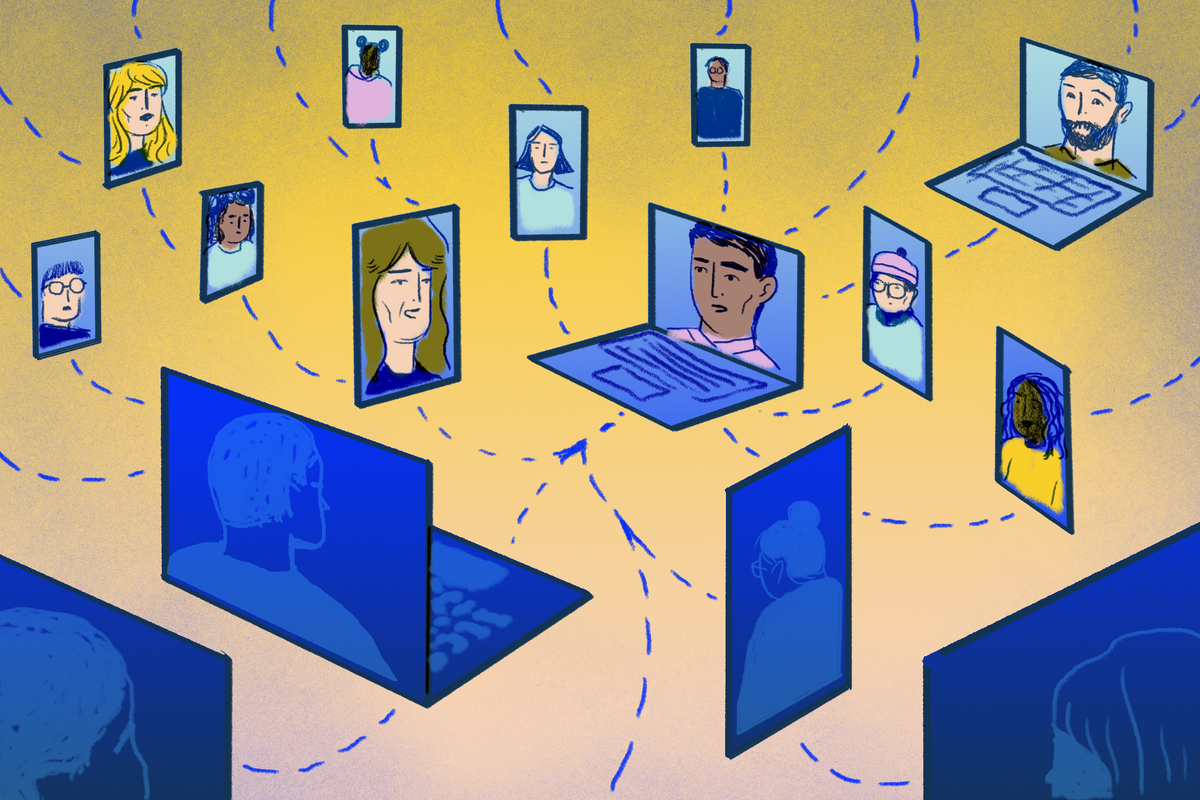 So far just a few U.S. higher education students have confirmed exposure to COVID-19, mainly through contact with patients in hospitals. There are no outbreaks centered on campuses, and young people as a group appear less susceptible to the disease.

But higher education in the United States is more of an international community than ever, and that means the effects of the coronavirus have been felt broadly across the country already. On Sunday, the Centers for Disease Control and Prevention said colleges should "consider" canceling both study-abroad and foreign-exchange programs, which could potentially affect hundreds of thousands of students.

Almost 1 million of the nation's more than 19 million higher education students come from overseas, according to the Institute of International Education. China is the largest point of origin for those students, with about 370,000 students currently enrolled. Of the other highly affected countries, South Korea is No. 3 , Japan is No.8, and Iran is No. 13 in sending students to the U.S.

As Schools Close Due To Coronavirus, Nearly 300 Million Kids Aren't In Class

At the same time, 342,000 students from the U.S. study abroad each year, according to IIE. The second-most popular destination is Italy, which, because of widespread community transmission there, now carries a CDC travel warning.

Here are the top ways colleges and universities are coping with the spread of coronavirus:

Amy DeCillis, a senior at NYU Shanghai, chose to stay in-country to finish out her last semester. She says she's been largely confined to her apartment complex, getting groceries delivered and taking classes online with classmates across several time zones. When she ventured out to a restaurant recently, she had to get her temperature checked at the door. And she has temporarily adopted the cat of an absent classmate.

Just For Kids: A Comic Exploring The New Coronavirus

U.S.-based institutions with operations on the ground in China and Japan — including Temple University, NYU, Fort Hays State University and Sam Houston State University — had just a few weeks to migrate all their classes online after cities came under quarantine. And colleges and universities around the United States are now asking professors to prepare to do the same, and to familiarize themselves with video conferencing programs like Zoom, in the event that an outbreak keeps students confined at home.

In China, some schools are making courses accessible over mobile phone, because students may be stuck at home without laptops. And taking classes online can mean using a VPN to get around China's firewall. Heather Lee, a professor of history at NYU Shanghai, says, "The VPN makes things really difficult." Because of bandwidth issues, she often resorts to using the popular Chinese messaging app WeChat to communicate with her students during online lectures.

Jeff Bourgeois, a leadership professor at Fort Hays State, has gone from teaching students on their partner campus in Henan Province, China, to teaching them from 16 time zones away in San Diego. He says he can't travel to China; meanwhile, his China-based students are quarantined at home.

"I asked one of my students the other day, 'What have you been up to?' And his response was, 'Today, I took a shower. I watched a movie. And then I took a nap. Tomorrow I'll probably do the same thing.'" Bourgeois says as the semester gets going, "I'm hoping they fill their time with lots of homework and writing beautiful papers."

Jeff Lehman, vice chancellor at NYU Shanghai, says there has been one silver lining: "We have, as a faculty, been thinking more seriously about pedagogy in the last month than we have in the prior eight years." He says lecturing over video chat isn't always feasible because of bandwidth issues and other reasons, so professors are figuring out how to engage students by posting videos and over chat threads.

He and leaders at other colleges say that lessons learned, and plans created, for their Chinese operations may become applicable stateside if the coronavirus continues to spread.

Lehman at NYU says that after the school's Chinese New Year break, with coronavirus looming, hundreds of Shanghai students chose to go study on different campuses: "The No. 1 destination, ironically, was Florence. And so actually, a number of those students have had a double bump experience. But they're troupers."

Faculty, meanwhile, have been affected by cancellations of major meetings and academic conferences like Educause in Bellevue, Wash., and a meeting of the American Physical Society in Denver. Science magazine reported that researchers as far away as Berkeley, Calif., are feeling the loss of ability to collaborate with colleagues in China.

On Thursday, the Institute of International Education released a survey of 234 U.S. institutions that together enroll about half of all Chinese students in the United States. Of those, 37% said some of their students were forced to remain in China after traveling home for the holidays because of virus-related travel restrictions. The universities have been offering these students the chance to do independent study, take a semester off or enroll online.

For Chinese students currently on American campuses, the problem is the reverse: They can't go home for spring break, or possibly for the summer. The survey found institutions are offering special counseling services and, in some cases, hotlines to report instances of discrimination.

In addition, three-fourths of institutions surveyed said travel restrictions are affecting their ability to recruit students in China for upcoming years.

Across the country, universities are trying to calm students, faculty and parents; 96% told IIE in their survey that they have released communitywide communications and basic health information. Students and staff coming back from overseas — and sometimes, anyone with symptoms — are being urged to self-quarantine for two weeks. Campus health centers are asking for a heads up if a student with symptoms believes they need to be tested for COVID-19. And professors are being reminded to encourage students to stay home if they feel sick, and not to require a doctor's note.

In addition to health warnings, hand-washing reminders and cleaning tips, a common thread in campus communications about coronavirus has been to "take an active role in rejecting xenophobia, bigotry and racism associated with COVID-19," as the University of California, Davis put it.

For Ruth Chisum, executive director of online operations at Sam Houston State University in Texas, the coronavirus threat has meant dusting off their "academic continuity plan" from Hurricane Harvey in 2017.

SHSU exemplifies the complex nature of higher education today: The public college near Houston serves about 20,000 students and has 51 online programs. It also happens to run a dual-degree program with Zhejiang Police College in Hangzhou, China. The program swiftly converted to online-only after the coronavirus began to spread.

When it comes to their main campus, Chisum says, "We're going to wait and see what the CDC says — what sort of mandate we receive from our federal agencies. However, it's not a passive posture in the sense that we are preparing ourselves for the possible transition of moving all of our campus-based operations to an online modality."

During Harvey, Chisum says the school closed the main campus for only one week. However, knowing that its online students, often working parents, were facing significant life disruptions, SHSU delayed the start of the online semester until October, crunching its usual 15-week courses into 7.5-week intensives. Chisum says they'd probably do something similar in the case of coronavirus closures, since students mostly stayed on track after Harvey and revenue didn't drop as much as expected.

6. Teaching and learning about coronavirus

A global health crisis can also be a learning opportunity. In mid-February, the Imperial College London debuted a free class on the online learning platform Coursera, titled "Science Matters: Let's Talk About COVID-19." The course already has more than 7,000 enrollments, making it the second most popular Coursera offering so far in 2020.

As for Amy DeCillis at NYU Shanghai, she has shifted her capstone senior project to be about coronavirus and her own quarantine experience. She says she's not sorry she stayed through the quarantine: "I'm content with my decision. It sounds cheesy, but I'm learning so much about life, and friendship, and the world, and myself in the process."