Accessibility links
Bernie Sanders' Call For Young Voters Isn't Working Out The Way He Planned Vermont Sen. Bernie Sanders acknowledged this week that the young voters he's been counting on to boost his candidacy have not shown up at the polls in the strong numbers he had been hoping for. 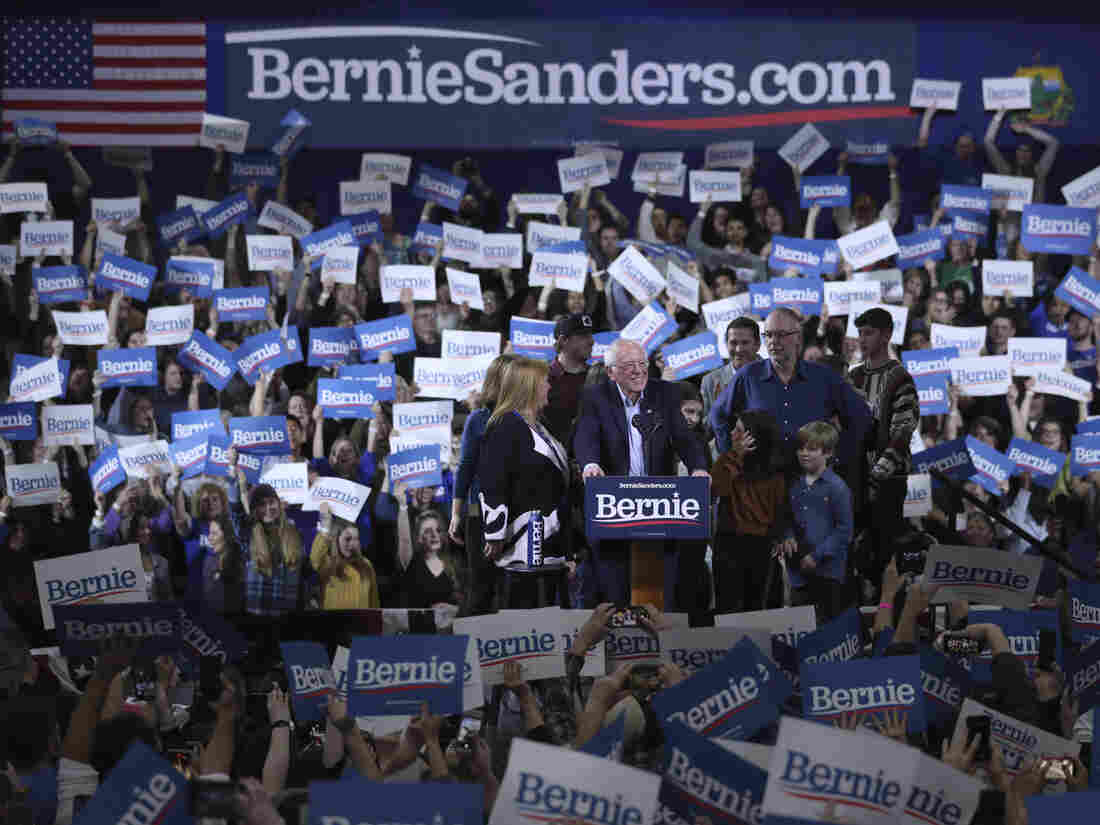 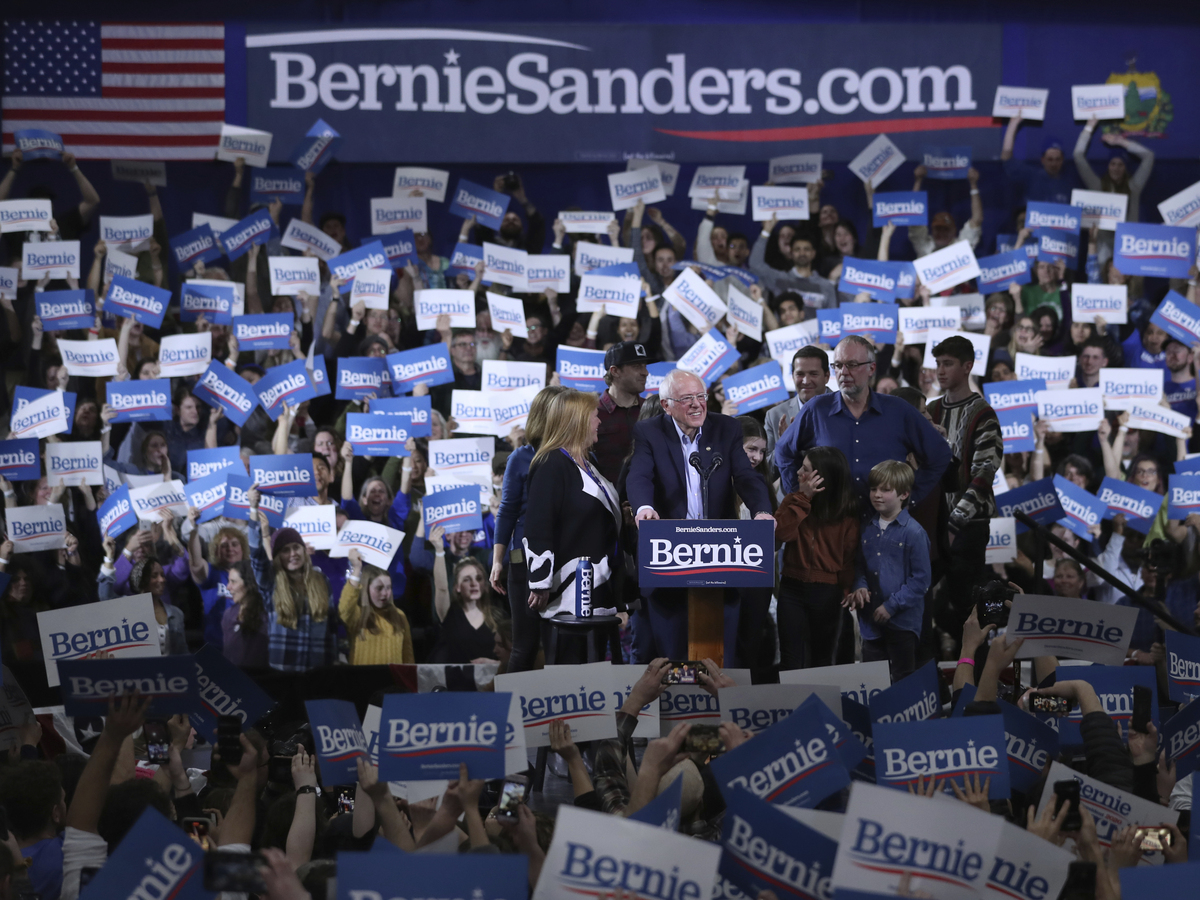 The revolution that Bernie Sanders is promising depends on a new wave of young voters showing up at the polls to propel his campaign. But this week, the Vermont senator acknowledged that those voters, on which his success to some degree hinges, have not shown up in the way he'd hoped.

After 14 states held primary contests on Super Tuesday, Sanders acknowledged to reporters that he'd been "disappointed" with the results.

"Have we been as successful as I would hope in bringing young people in? The answer is no," Sanders told reporters at a news conference at his Burlington, Vt., headquarters. Sanders went on to acknowledge the undeniable challenge that any candidate banking on the support of younger voters faces: They do not vote in high numbers, compared with other groups.

"I think that will change in the general election, but I will be honest with you, we have not done as well with bringing young people into the process," Sanders said. "It is not easy."

While young voters were part of the coalition that propelled Sanders to victory in California, those under age 30 made up just 11% of the electorate, according to exit polls. Another 35% were between the ages of 45 and 64, and 30% were 65 or older.

In Texas, a state that Biden won though the demographics were supposed to favor Sanders, just 16% of voters were younger than 30, while 38% were between the ages of 45 and 64, and 24% were 65 and older.

Even in Sanders' home state of Vermont, voters younger than 30 made up just 11% of Super Tuesday voters, according to exit polls. Roughly 70% of voters were over age 45.

Of the 14 states that held primary contests on Tuesday, participation by voters younger than 30 didn't exceed 20% in any state, according to an analysis of exit polls.

Given the huge turnout, including youth turnout, in the 2018 midterms, many had predicted, or at least hoped, that the trend would continue during the 2020 Democratic primaries. But so far, at least, there is no clear evidence of greater participation by the young people that Sanders has said he can motivate to get out to the polls.

Warren Declines To Endorse, Talks About Support From 'All Those Little Girls'

"When I look at the collection of data, from multiple sources, there is no evidence of an increase or surge in the youth vote," John Della Volpe, the polling director of Harvard University's Institute of Politics, said. "In fact, there is considerable evidence to suggest that the youth vote is flat or declining relative to the previous election cycles."

He used North Carolina as an example, noting that while turnout statewide was up 17%, youth turnout was down 9%.

Other experts have been looking at the youth vote this year using different benchmarks.

The Center for Information and Research on Civic Learning and Engagement at Tufts University argues that it's more relevant to compare youth turnout this year with 2012 turnout, the most recent election cycle in which there was only a single competitive primary, rather than 2016.

"If we compare to the 2016 primaries we're comparing to a primary where there was a huge Republican field, there were tons of Republican campaigns doing outreach, there was so much media.," said CIRCLE's Director of Impact Abby Kiesa. "The environment and the levers and the things that we know affect youth turnout aren't fully maximized when it's only one competitive primary."

Kiesa said that when comparing Super Tuesday turnout this year with 2012, young people turned out at rates either on par or above 2012 levels. 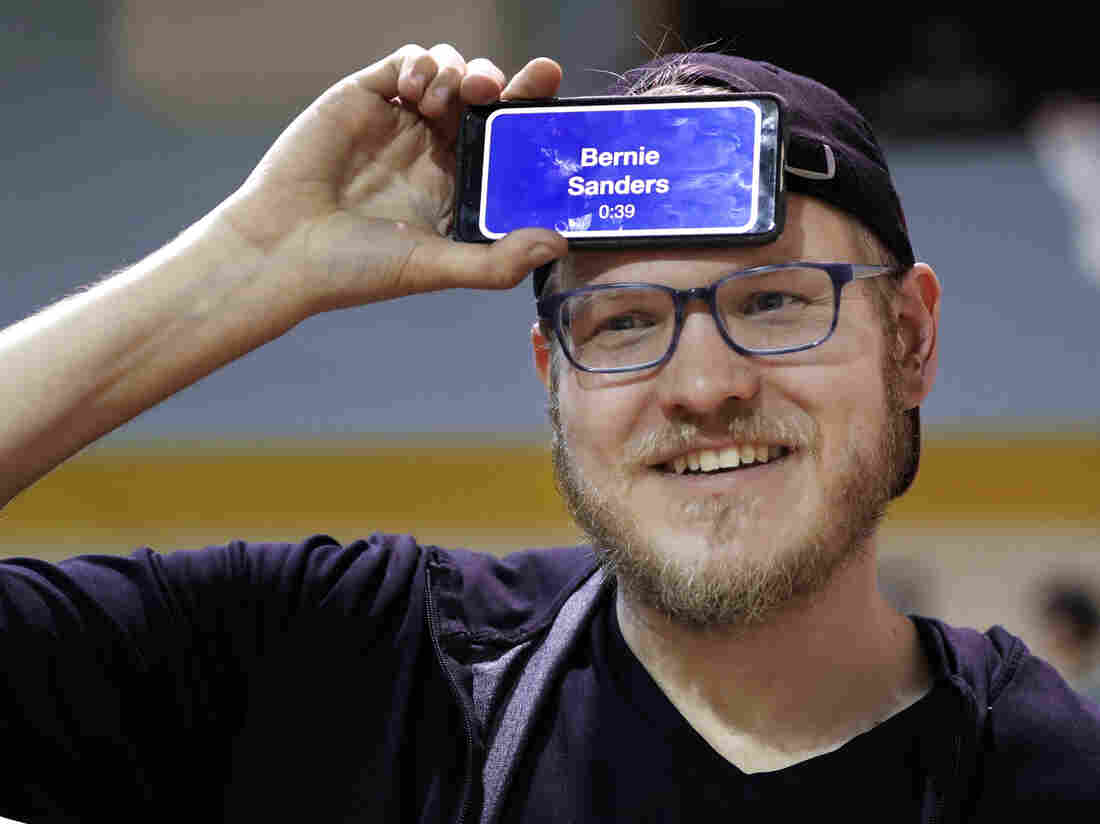 Corey Brothers tries to guess the name of candidate Bernie Sanders as he plays the guessing game "Heads Up!" while waiting in line to vote on Super Tuesday at the Cleveland Park Community Center precinct in Nashville, Tenn. Mark Humphrey/AP hide caption 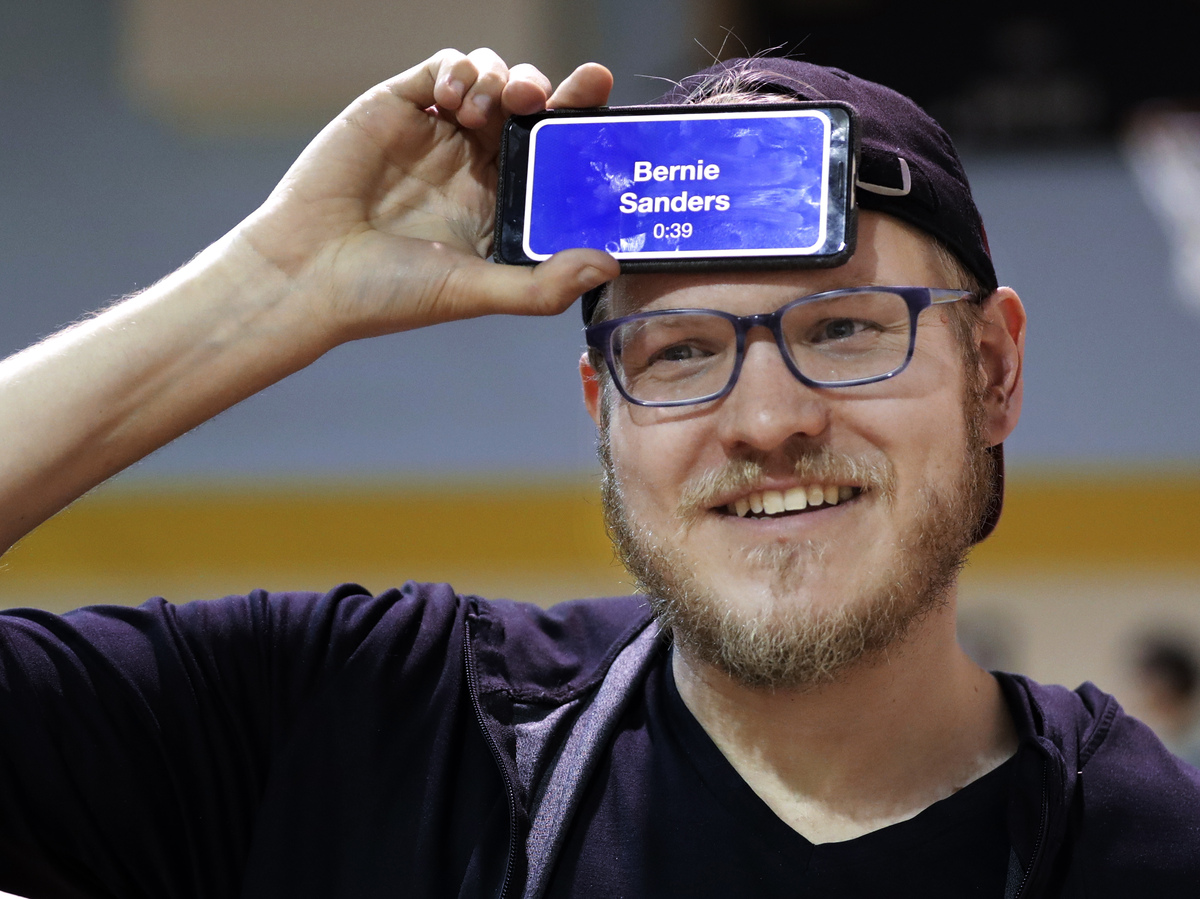 Corey Brothers tries to guess the name of candidate Bernie Sanders as he plays the guessing game "Heads Up!" while waiting in line to vote on Super Tuesday at the Cleveland Park Community Center precinct in Nashville, Tenn.

Experts have a variety of theories on why young voters aren't turning out as campaigns hope they will.

Della Volpe said that unlike during the 2018 midterms, when President Trump's policies (though not the candidate himself) were on the ballot, the primaries have been about the distinctions among the Democratic candidates.

"When we're talking about engaging young people, one of the biggest things you have to do is register them," said Sarah Audelo, the executive director of Alliance for Youth Action who ran Hillary Clinton's millennial outreach efforts in 2016. "They're not just young voters, they're new voters."

She also made the point that this is work that campaigns need to be weaving into all parts of their apparatus.

"It's a sign of not good things to come when you have to start from scratch," she said. "Young people should be invested, like any other voter group."

Ben Wessel, the executive director of NextGen America, the Tom Steyer-backed group that works on mobilizing young voters, said that in many youth-dense precincts, youth turnout was up — and in some cases by volumes.

"Young people are turning out, but they don't view voting as the end all, be all," Wessel said. "They see voting as a tool in their tool box, and they'd be foolish not to use it, but that's not how they are going to stop clamoring for change. They've seen that we elect awesome people, and still we have stasis and still we have a system that's not working for young folks."

"As we move towards the general election, we're going to need to see candidates talking about the issues that young people care about in an authentic and consistent way," Wessel warned. "Because if you think you can show up with just two weeks to go and say, 'Yeah, yeah I'm with you, and what are you going to do, vote for Trump?' It's not enough, and it's certainly not enough in an election year like this year where we know the other side is going to come out in record numbers."

Della Volpe agreed with this sentiment and thinks some of the non-Sanders candidates have missed an opportunity. Sanders has centered young people in his movement from Day 1. Other candidates haven't had the same focus.

"It seems to me that they made strategic decisions not to focus on younger voters," he said. "Perhaps they thought they were all going to be with Bernie."