Accessibility links
Kabul Shooting Kills 32 At Shiite Memorial; Islamic State Claims Responsibility The attack interrupted a memorial for a Shiite leader that the country's chief executive had been attending. The Taliban, which just signed a peace deal with the U.S., said they were not involved. 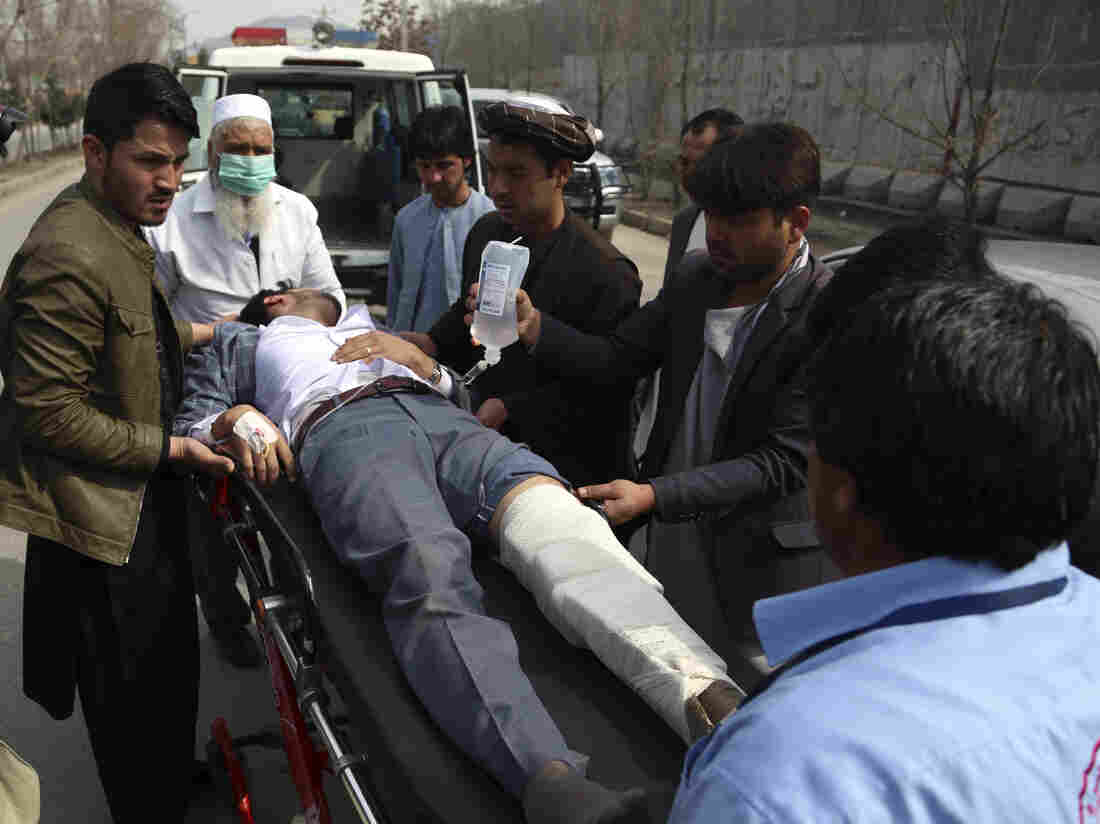 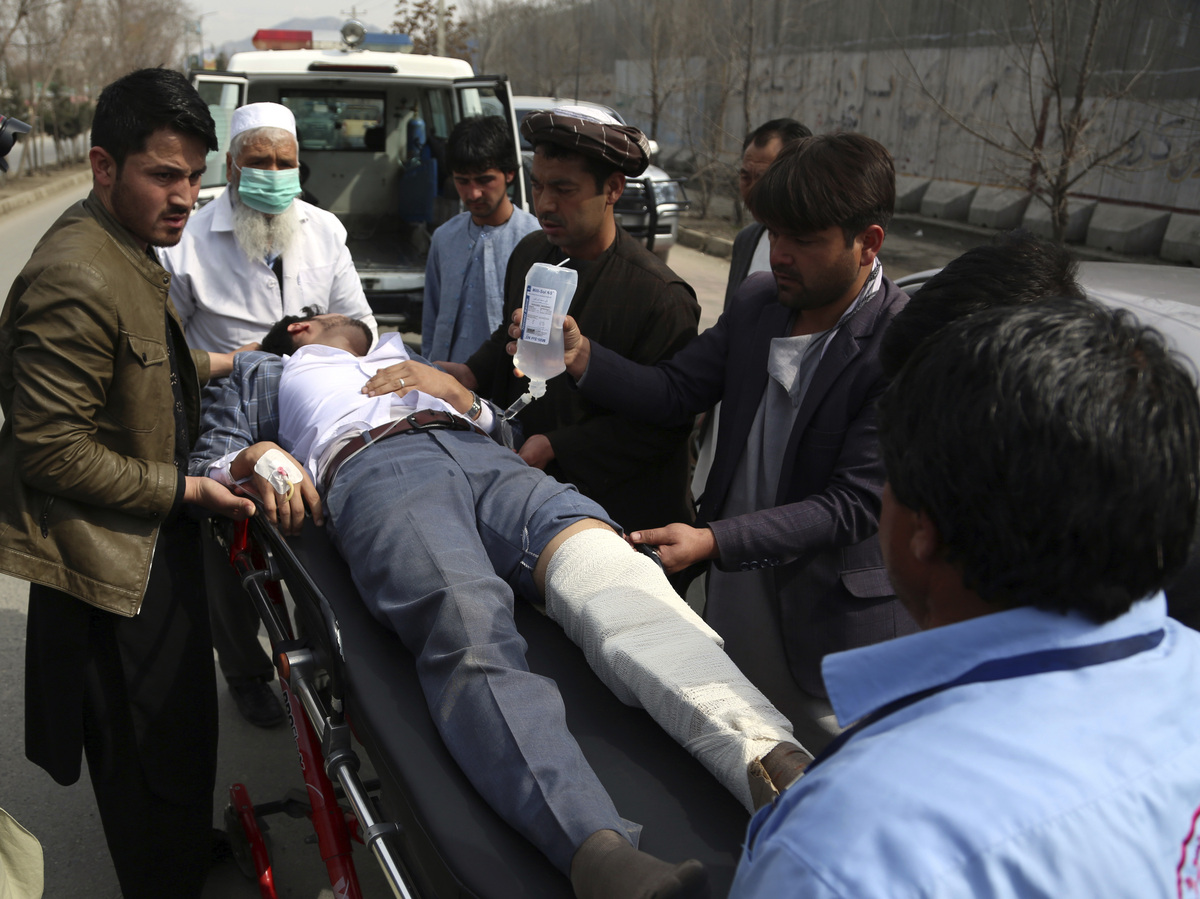 Emergency response workers load an injured man into an ambulance after an attack Friday in the Afghan capital, Kabul, left more than two dozen people dead.

Gunmen opened fire on a memorial ceremony Friday in Kabul, killing at least 32 people and wounding dozens more in the first major attack in the Afghan capital since the U.S. signed a peace framework with the Taliban late last week. Several prominent politicians, including the country's chief executive and recent presidential candidate, Abdullah Abdullah, were in the audience but escaped unharmed.

A spokesman for the Afghan Ministry of the Interior said the gunmen retreated to a nearby building, where they were killed during an hours-long standoff with security forces.

An Islamic State group claimed responsibility for the attack. The ceremony marked 25 years since the death of Abdul Ali Mazari, a leader of the country's Shiite minority, and the Sunni militant group that targeted a similar event last year.

"This situation looks endless in our country," one of the people injured in the attack told local media. "There are political games, but only the poor people pay the price — how long will this continue?"

Afghan President Ashraf Ghani said he called Abdullah, his erstwhile rival for the presidency, and Karim Khalili, the chief of Afghanistan's high peace council. Khalili had been delivering an address at the ceremony when loud gunfire erupted, followed by screams. He emerged from the attack unscathed.

"The attack is a crime against humanity and against the national unity of Afghanistan," Ghani said in a statement posted to Twitter.

For Afghans, the attack caps a bloody week across the country.

Just six days ago, the U.S. and Taliban announced that they had signed an agreement, offering hope for peace between the two longtime adversaries. The deal outlined a 14-month timeline for the withdrawal of the thousands of Americans still stationed in Afghanistan, which would bring an end to the longest war in U.S. history.

The U.S. troop drawdown is partly conditioned on the Taliban fulfilling their promises to combat and prevent the spread of terrorist groups such as ISIS and al-Qaida.

But trouble quickly followed, as Ghani pushed back against the deal's proposal for a prisoner exchange, and the Taliban — after a seven-day reprieve — redoubled their deadly attacks on Afghan troops throughout the country. The violence escalated to the point that the U.S. said it carried out a "defensive strike" on the Taliban, seeking to support its Afghan allies at a military checkpoint earlier this week.

Now Afghanistan must cope with yet another spasm of violence — this time in its capital, and so far with the assailants unknown.

"We extend our condolences to the families of the victims & thank the Afghan security forces for swift response," Ross Wilson, the U.S. charge d'affaires in Kabul, tweeted. "We stand with Afghanistan for peace."