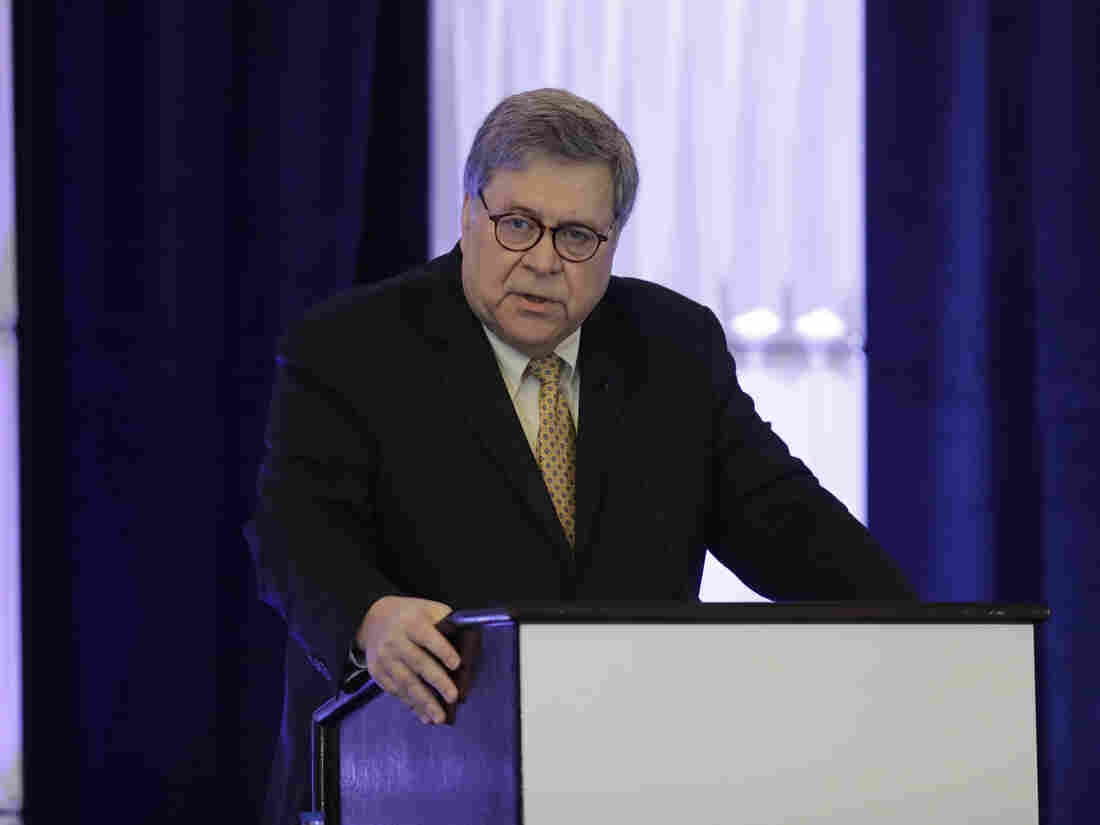 The Justice Department, led by Attorney General William Barr, said Friday that it is formally amending regulations and pushing forward with a plan to collect DNA from immigration detainees. Brynn Anderson/AP hide caption 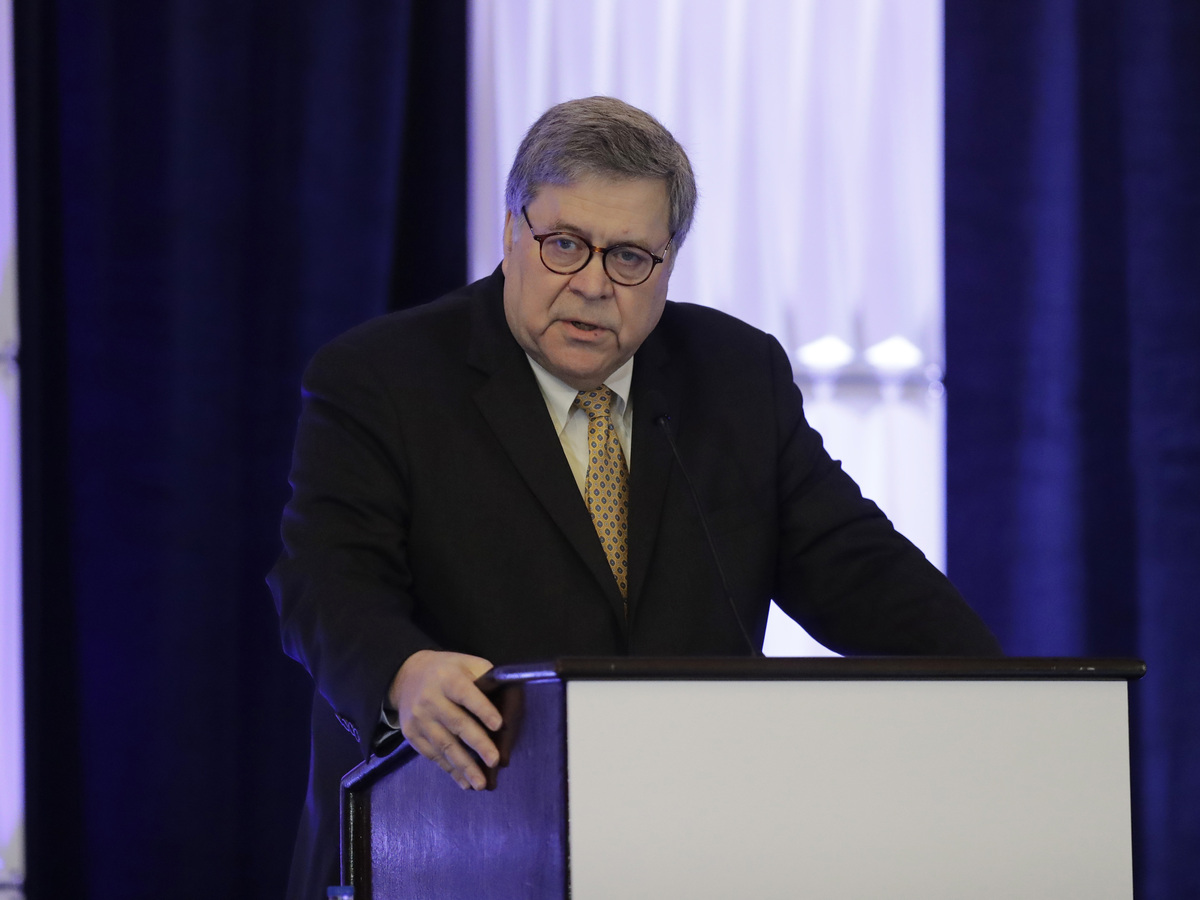 The Justice Department, led by Attorney General William Barr, said Friday that it is formally amending regulations and pushing forward with a plan to collect DNA from immigration detainees.

Starting in April, immigration authorities will start taking cheek swabs to collect DNA from hundreds of thousands of immigration detainees in federal custody each year.

The Trump Administration says the policy change will help law enforcement apprehend criminal suspects. The data collected will be transferred to an FBI database, so that in the future, law enforcement officials could check if these samples matched any DNA recovered from a crime scene.

Immigrant rights advocates describe it as dehumanizing and a serious breach of privacy against vulnerable populations. "It's about miscasting these individuals, many of whom are seeking asylum in this country ... as people who pose a threat that somehow would justify holding onto the most intimate information about them indefinitely," Naureen Shah, senior advocacy and policy counsel with the American Civil Liberties Union, tells NPR. She notes the ACLU also opposes DNA collection from people arrested or investigated for crimes, due to concerns about the risk of misidentification.

The Justice Department said Friday that it is formally amending regulations and pushing forward with the DNA collection plan, which was first floated in October. The final rule is scheduled to publish on Monday.

The Department of Justice said the final rule is simply implementing a 2005 law called the DNA Fingerprint Act, which gave authorities broad authority to collect DNA samples from people in federal custody.

"Today's rule assists federal agencies in implementing longstanding aspects of our immigration laws as passed by bipartisan majorities of Congress," Deputy Attorney General Jeffrey A. Rosen said in a statement. "Its implementation will help to enforce federal law with the use of science."

Until now, however, the law allowed the Secretary of Homeland Security to waive the collection of DNA samples from some migrants "because of operational exigencies or resource limitations."

During the Obama administration, federal officials decided it was not feasible to collect DNA in this sweeping fashion from individuals in immigration detention.

The Trump administration has removed this option, and now requires the Secretary of Homeland Security to collect DNA from immigration detainees. It says that DNA collection has become easier and cheaper since the 2005 law was passed.

The final rule says the DNA information that will be collected is a "sanitized 'genetic fingerprint'" that "can be used to identify an individual uniquely, but they do not disclose the individual's traits, disorders, or dispositions."

Shah says the Trump administration officials have "tried to downplay what they can do with this information."

"This isn't DNA from information that's going to be looked at once and then disappear from a database. It's going to stay in governments hands," she says, and she's concerned the way it is used could change over time.

"That's why we have a lot of concerns about how this particular program, which targets immigrants in detention, actually is a precursor to deploying this kind of surveillance technology to lots of vulnerable ... communities in the United States and ultimately be used as a tool for full scale surveillance," Shah adds.

The Trump administration says the DNA information collected would not, and could not, be used for surveillance.

According to the final rule, sample collections would be expected to ramp up over several years, eventually reaching about 748,000 new samples annually.

The information will be added to the FBI's Combined DNA Index System, known as CODIS, which authorities use to search for DNA that matches traces of biological material found at crime scenes. The data that will be gathered from immigration detainees per year is expected to be more than the entire database from almost any individual state.

The Trump administration has repeatedly suggested that immigrants in general pose a criminal threat to the U.S., even though studies have shown that they commit crimes at lower rates than people born in the U.S.