Accessibility links
Exhibition Celebrates Artwork Of Native Women: 'Making Is About Our Survival' The "Hearts of Our People" exhibition is devoted entirely to the art of Native American women past and present. "We're still very powerfully here," says Anita Fields, one of the artists in the show. 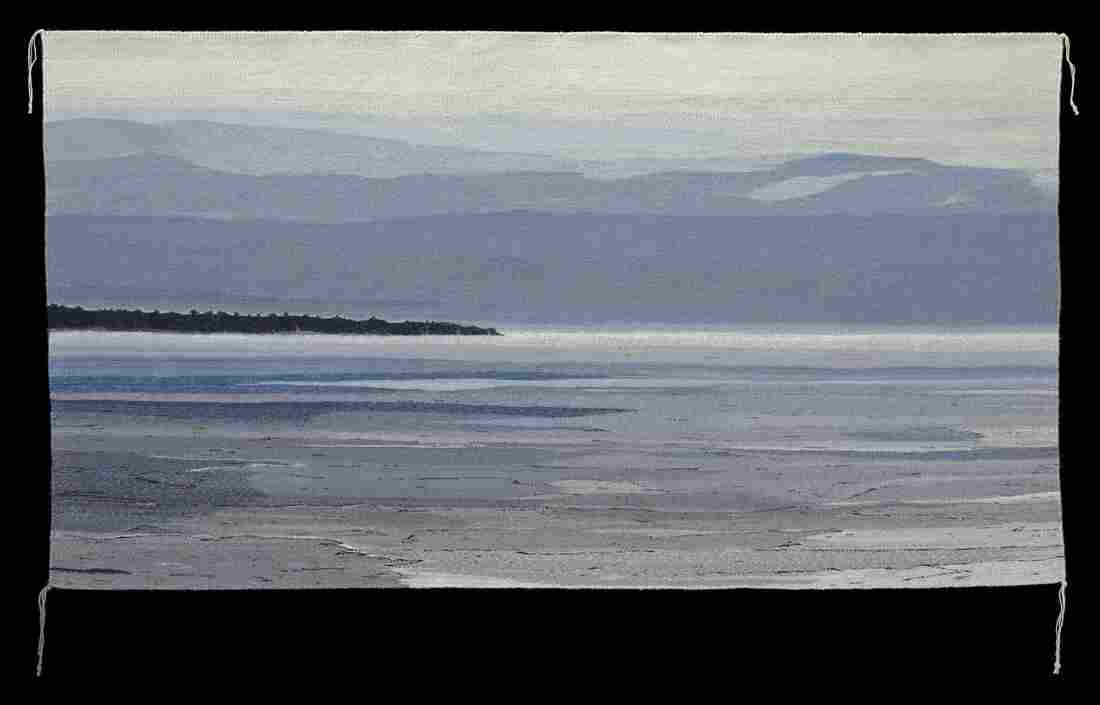 The "Hearts of Our People" exhibition is devoted entirely to the art of Native American women past and present. Above, Náhookǫsjí Hai (Winter in the North)/Biboon Giiwedinong (It Is Winter in the North) by D.Y. Begay (Navajo), 2018, wool and natural dyes. Addison Doty/Minneapolis Institute of Art hide caption 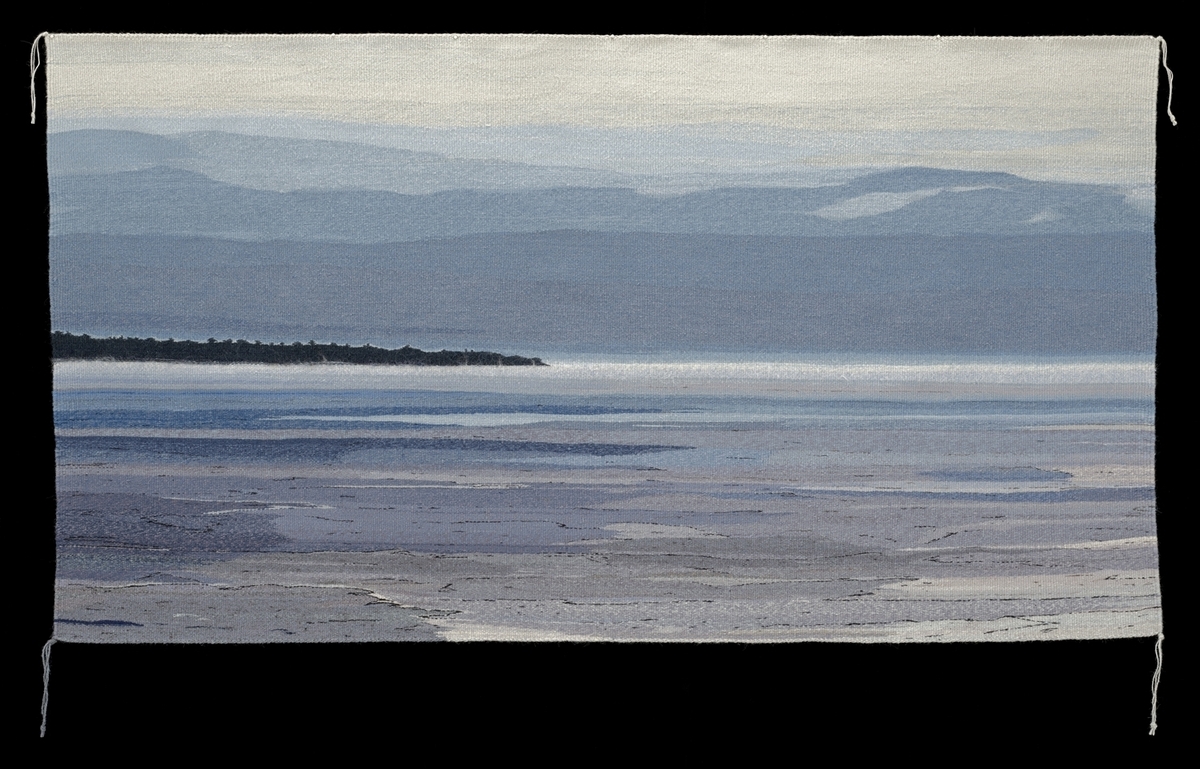 The "Hearts of Our People" exhibition is devoted entirely to the art of Native American women past and present. Above, Náhookǫsjí Hai (Winter in the North)/Biboon Giiwedinong (It Is Winter in the North) by D.Y. Begay (Navajo), 2018, wool and natural dyes.

One thousand years of Native American women's art is currently traveling around the country, being featured at major museums.

"The whole idea to wipe us off the face of the Earth didn't work," says Anita Fields, an Osage artist in the show. "So we're still very powerfully here."

"Hearts of Our People: Native Women Artists" is now on view at Smithsonian Institution's Renwick Gallery in Washington, D.C., just across the street from the White House. It's the third stop on a tour that also includes Minnesota, Tennessee and Oklahoma. 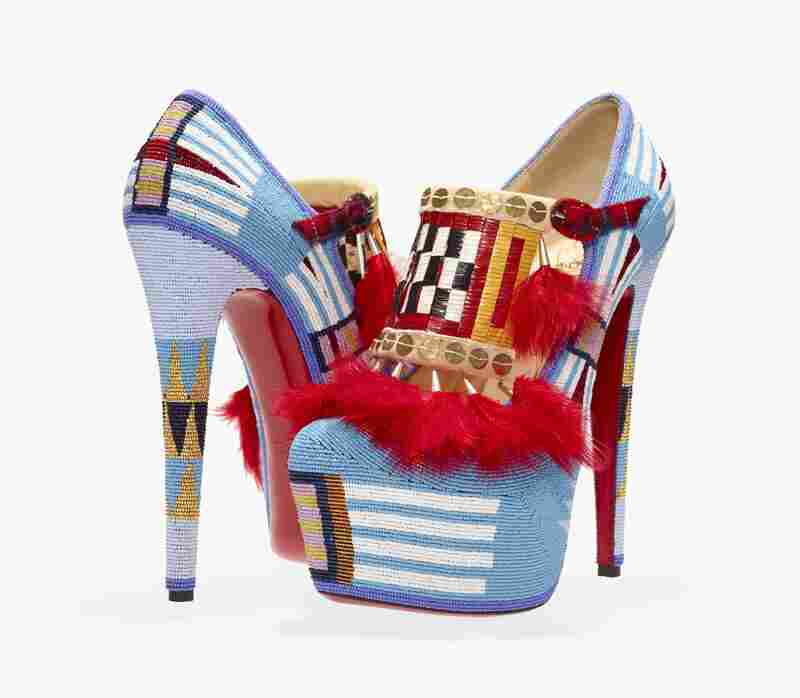 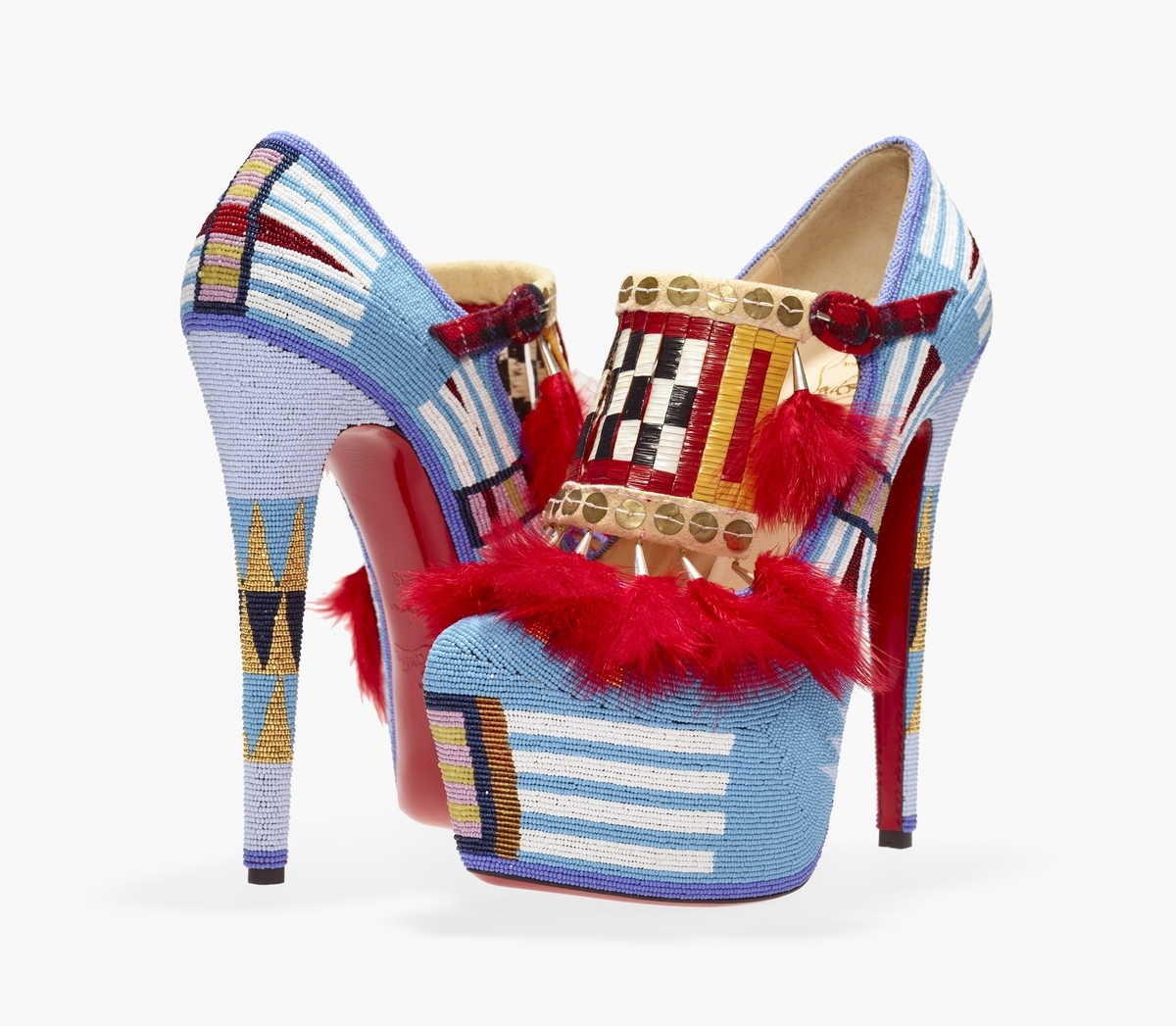 Of course, legendary Native women artists — such as Pueblo potter Maria Martinez — have been featured in solo exhibitions, including at the Renwick Gallery. And Native women's work has long been shown in major museums such as the Smithsonian. But that does not mean it was recognized as such.

"It wasn't being called Native women's art," points out Fields. "It was: The war shirt that was worn by the warrior, and so it was named for him."

Native women's art was usually anonymized and identified by tribal affiliation when exhibited in museums, says co-curator Jill Ahlberg Yohe. "This was a Nez Perce object, or an Apache dress," she explains by way of example. The names of the artists have been lost.

Yohe and co-curator Teri Greeves, who's Kiowa, assembled an advisory board in 2014 of Native women artists, curators and scholars who selected the work represented in "Hearts of Our People," along with some non-Native scholars. The exhibition's art ranges from an ancient pot from 1,000 CE — presumably made by a Hohokam woman in the part of the country that's now Arizona — to the colorful, contemporary tapestries, ruminative and reminiscent of watercolors, created by Hopi artist Ramona Sakiestewa called Nebula 22 & 23.

"I'm very interested in deep space," Sakiestewa explains in an exhibition video. "Like the cosmos, and stars, because that's a scientific vocabulary that indigenous people in the Americas have had. But I think everyone thinks we're just out collecting nuts and berries, and that's it — not that our cultures are based in really deep science."

Or science, art and environmentalism, in the case of mother-daughter Ottawa Pottawatomi artists Kelly Church and Cherish Parrish, whose work is also on display in the show. Their family has been weaving baskets in Western Michigan for generations. 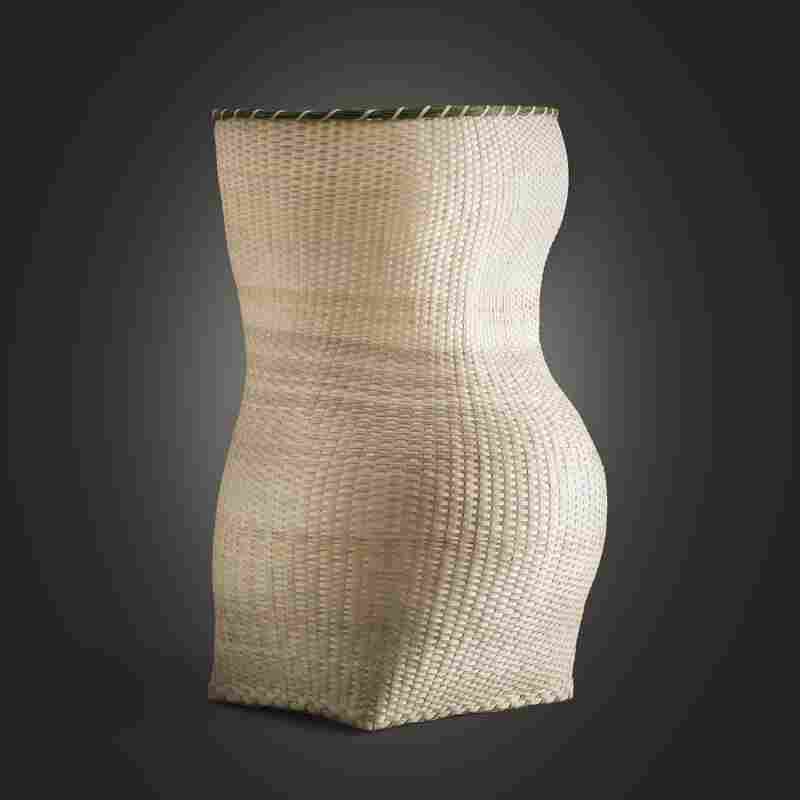 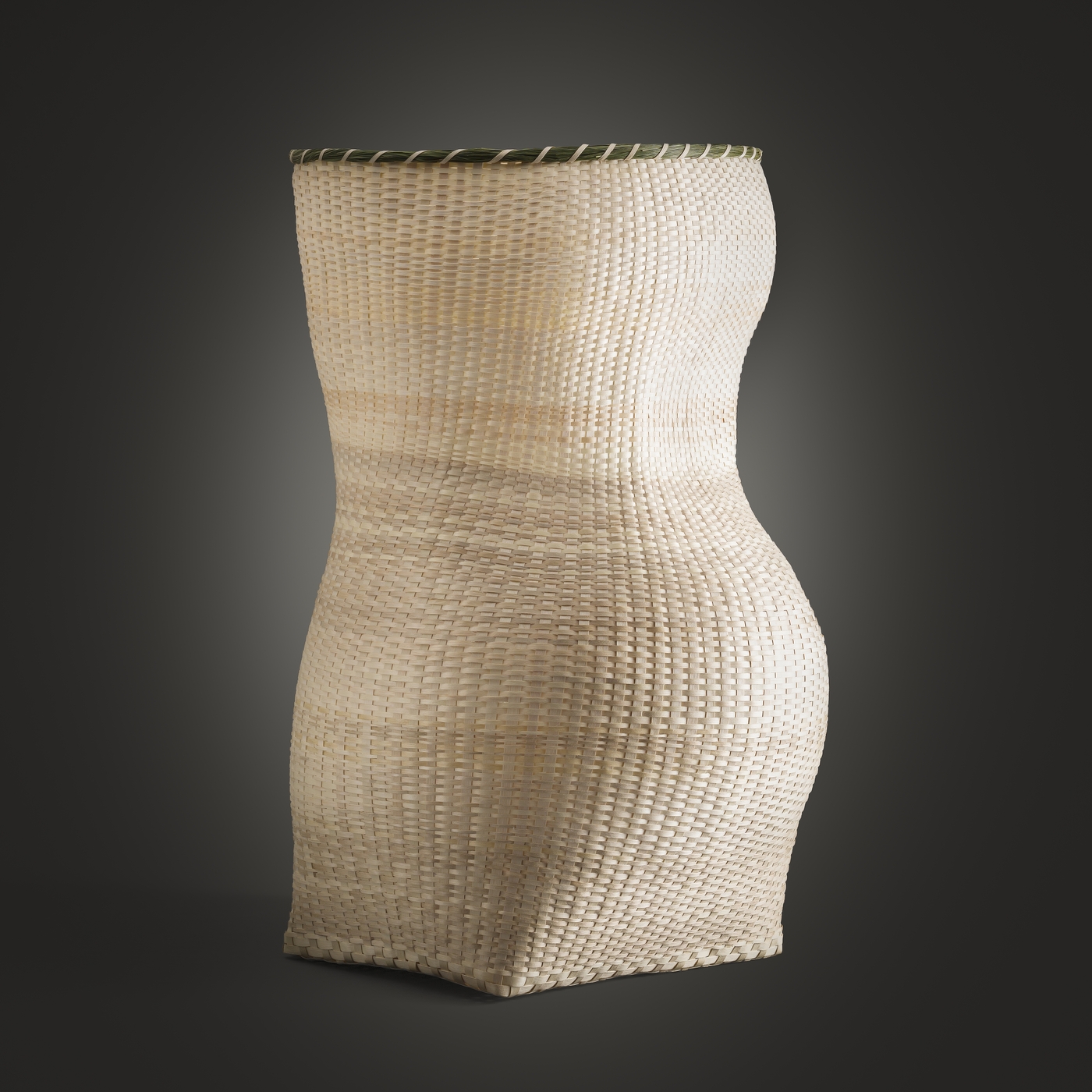 Cherish Parrish (Ottawa/Pottawatomi), The Next Generation — Carriers of Culture, 2018, black ash and sweetgrass

Parrish has a piece in the show that speaks directly to regeneration — the shape suggests a pregnant woman — and her mother recently won a major fellowship from the National Endowment of the Arts for her art and her activism. Kelly Church says the black ash trees her family has long harvested for their baskets have been largely destroyed by an invasive species called the emerald ash borer.

"It's a lot harder to find our trees," Church says, adding that her family may have to skip a generation in teaching how to weave. "I admit I go out there and I get tears in my eyes when I see all of those dead trees."

Devastation and trauma is inevitable in art that helped people survive genocide and cultural erasure. Co-curator Jill Ahlberg Yohe — who is not native, but curates Native art at the Minneapolis Institute of Art where this exhibition first opened — points to a disturbing work called "Fringe." It's a life-sized, lightbox image showing a woman curled up, facing away, unconscious, and nearly nude, with an ugly gash crossing her back.

"A wound that seems so deep that it is incapable of being healed," Ahlberg Yohe observes quietly. Anishinaabe artist Rebecca Belmore created the gash with special effects makeup and scarlet beads that look like blood. "It is stitched together through beads," Ahlberg Yohe continues. "It is stitched together through women's work."

Native women face a shockingly disproportionate amount of violence, and that is what this piece reminds the viewer. More than half of Native women have been sexually assaulted, according to a 2012 National Institute of Justice study. They face some of the highest rates of domestic abuse, and on some reservations, Native women are murdered at a rate more than 10 times the national average.

"This kind of making is about our survival. That's what I love about all these pieces here," says Church. "They speak to that strength and resilience that we've had for thousands of years right up until today — and thousands of years into future."

And this show puts Native women right where they belong, she says — credited, contextualized and celebrated in some of the most important museums in the country. 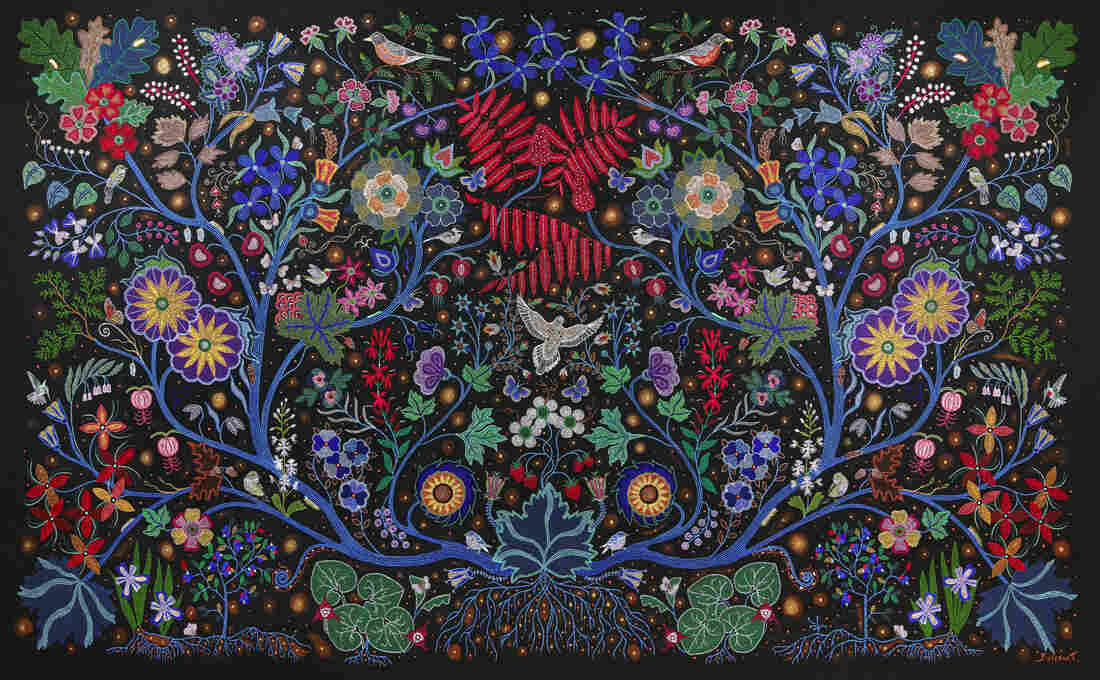