Accessibility links
With Music From Steve Earl, 'Coal Country' Retells West Virginia Mine Disaster A new play tells the story of the 2010 Upper Big Branch Mine disaster in West Virginia. Songwriter Steve Earle used it as a creative challenge to write his forthcoming album, Ghosts of West Virginia. 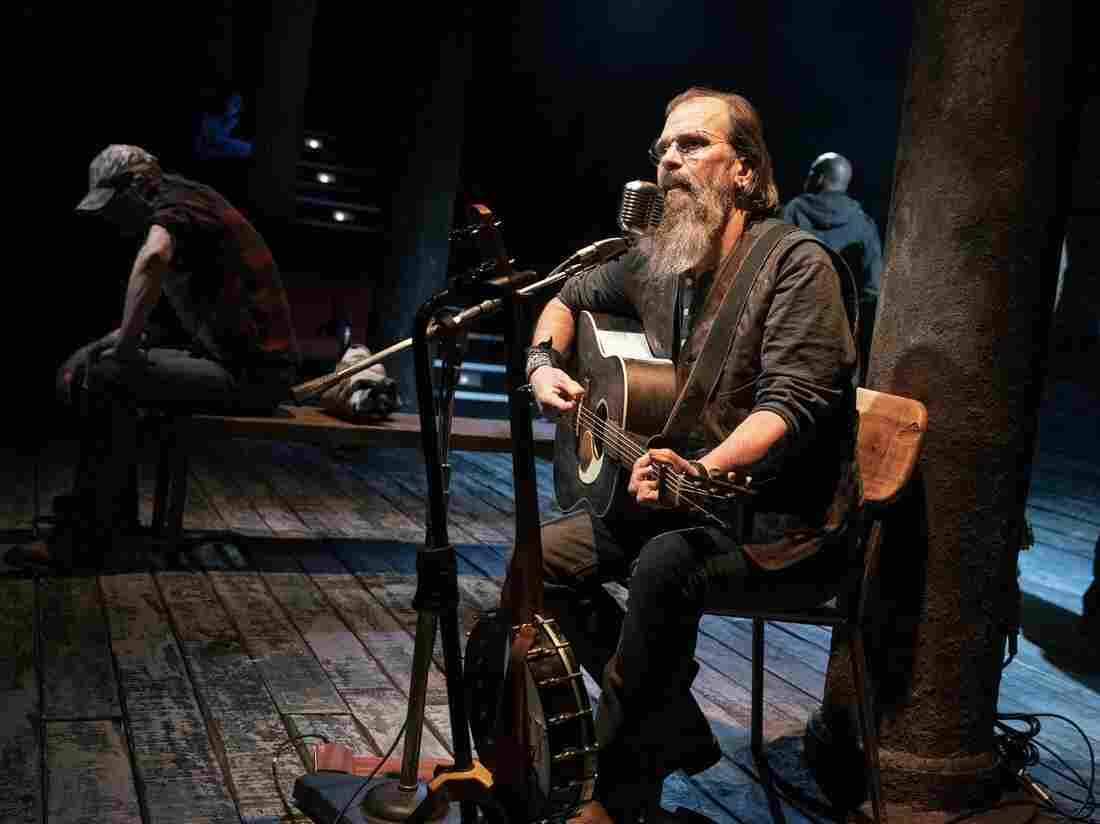 Working on Coal Country helped Steve Earle write his upcoming album, Ghosts of West Virginia. Seven songs from that record are featured in the play. Joan Marcus/Courtesy of the Public Theater hide caption 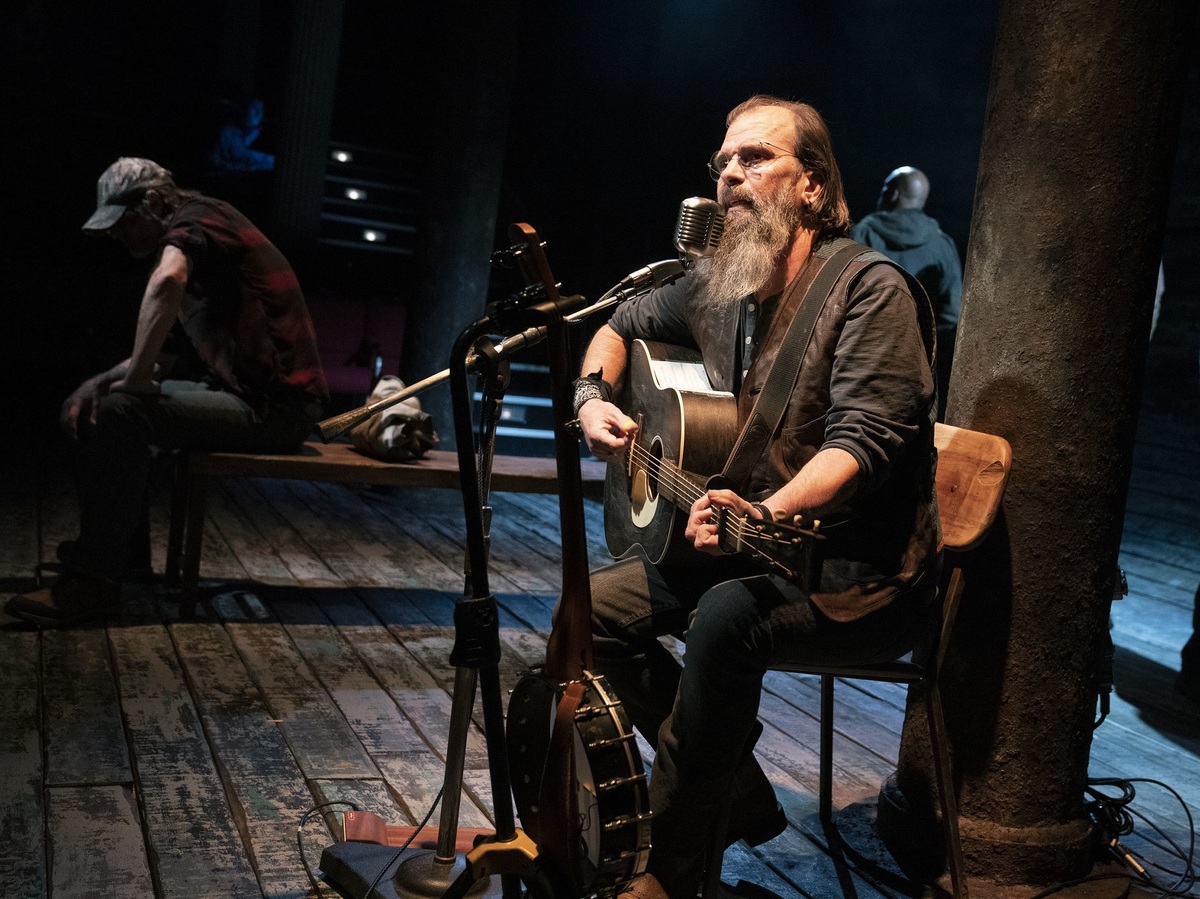 Working on Coal Country helped Steve Earle write his upcoming album, Ghosts of West Virginia. Seven songs from that record are featured in the play.

Joan Marcus/Courtesy of the Public Theater

Just about a decade ago — April 5, 2010 at about 3:30 in the afternoon — an explosion fueled by methane and coal dust ripped through the Upper Big Branch mine in West Virginia and killed 29 miners. A new play at New York's Public Theater called Coal Country tells the story of what happened at Upper Big Branch in the words of miners who survived the blast and family members of those who didn't.

The Upper Big Branch explosion was the deadliest US mining disaster in nearly 50 years. The youngest victim, Cory Davis, was just 20-years-old. The oldest, Benny Willingham, was 62. His daughter, Michelle McKinney, spoke to NPR the day after the blast.

The tragedy caught the attention of Jessica Blank and Erik Jensen, a married couple of playwrights who made their name in "documentary theater." Their 2000 play The Exonerated earned acclaim for telling the stories of six wrongfully-convicted death row inmates, using their own words and court records.

Similarly, 95% of the words in the script for Coal Country come straight from interviews, and Blank and Jensen say the rest are true to what their subjects intended. But those interview subjects don't have to tell the whole story on their own because throughout the play, singer-songwriter Steve Earle is on stage to help.

"A song is a pretty unique, effective way of saying things that are hard, because the music sort of helps you assimilate it in a way that almost nothing else does," Earle says.

Earle met Blank and Jensen when he performed in The Exonerated, and he joined the playwrights on their first interview trip when they decided to go to West Virginia. He thought working on the play would help him write his next album. Earle says he wanted to make "a political record that spoke to people who didn't vote the way that I did."

The record that came out of Earle's trip is called Ghosts of West Virginia, and is out May 22. Seven of its 10 songs appear in the play. The songs are also stripped down for the show: On the album, he's backed by his band The Dukes; on stage, Earle performs them solo.

Earle and Jessica Blank share a view about the power of both music and documentary theater to elicit empathy. He says the play's rural, working-class characters deserve it.

"The first thing [the interviewees] said to Jessica and Erik was, 'Those people' — talking about a theater audience in New York — 'are gonna think we're stupid,' " he says. "And they're not. They're just in West Virginia. And the thing I'm proudest of is I'm watching these audiences empathize with these people that otherwise I don't think they would ever be able to relate to."

Blank says that telling a true story through live theater has a special kind of effect on an audience.

"When you combine the emotional impact that storytelling in the theater can have with telling the real story and not putting a spin on it: that can reach people in a really unique and powerful way," she says. 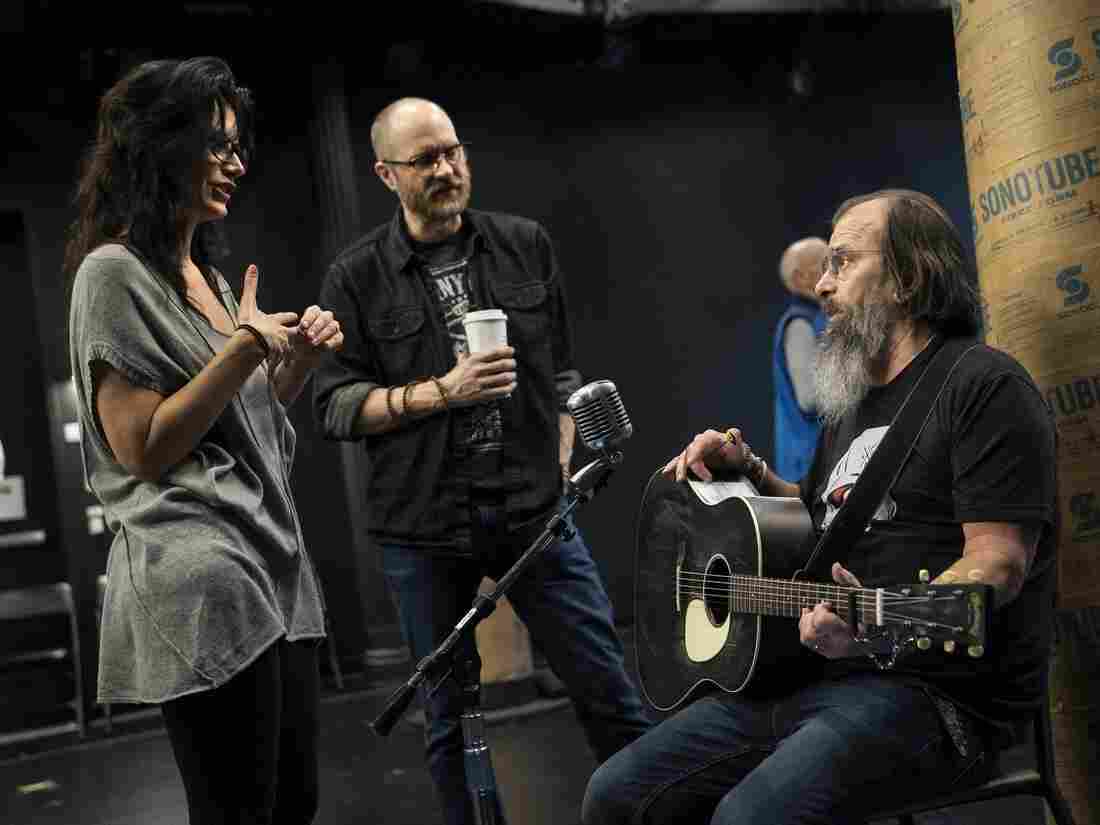 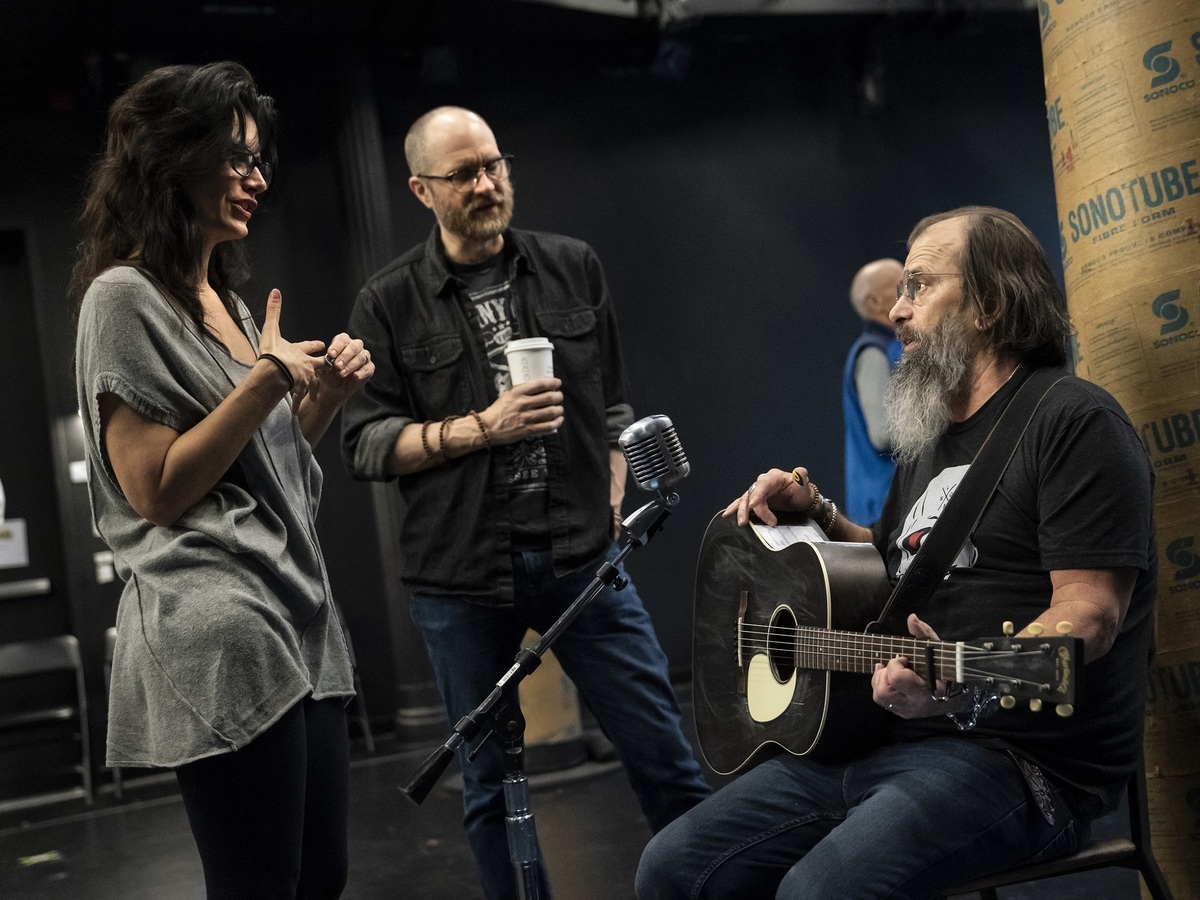 But getting that "real story" requires getting the real people, the miners and their families, to open up and share. Blank connected them by traveling to West Virginia for the sentencing of Don Blankenship, the CEO of the company that owned the Upper Big Branch mine. He was sentenced to a year in federal prison for conspiring to willfully violate mine safety and health standards.

After that, she and Jensen began setting up interviews and ended up recording more than 40 hours of conversations with more than a dozen people. Then came the hardest part of the process: winnowing those interviews down to a 90-minute play.

"Every single person we've interviewed is incredibly compelling — you could make a movie about each one of them individually, right?" Blank says. "So it's not just about what's interesting or what's compelling. It's about what woven together tells the larger story."

Back in New York, they workshopped that material over and over as they honed it down. They didn't want the actors to do impressions of the real people behind their characters, so they never let the performers hear the interview recordings. But Jensen says they didn't need to.

"It's astonishing because an actor will gesture or do something and both Jessica and I will grab each other and be like, 'That's the way Goose gestured in the interview,' " he says.

After getting audiences in New York to empathize, Jessica Blank and Erik Jensen say they would also love to see how the play's subjects react by taking Coal Country on tour to West Virginia and other mining regions of Appalachia.