Accessibility links
SpaceX Lands 50th Rocket in 5 Years The commercial rocket company sent its "Dragon" capsule from Cape Canaveral to the International Space Station on Friday for its 20th resupply mission. It's due to arrive at the space station Monday. 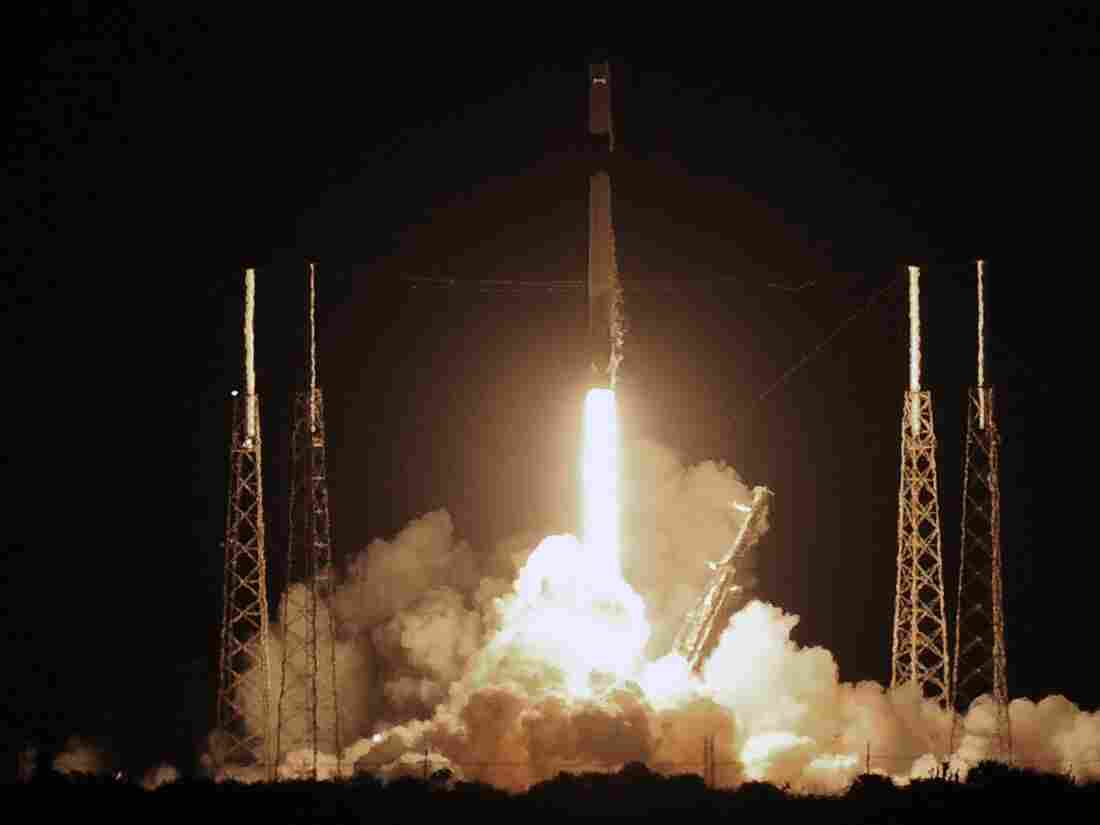 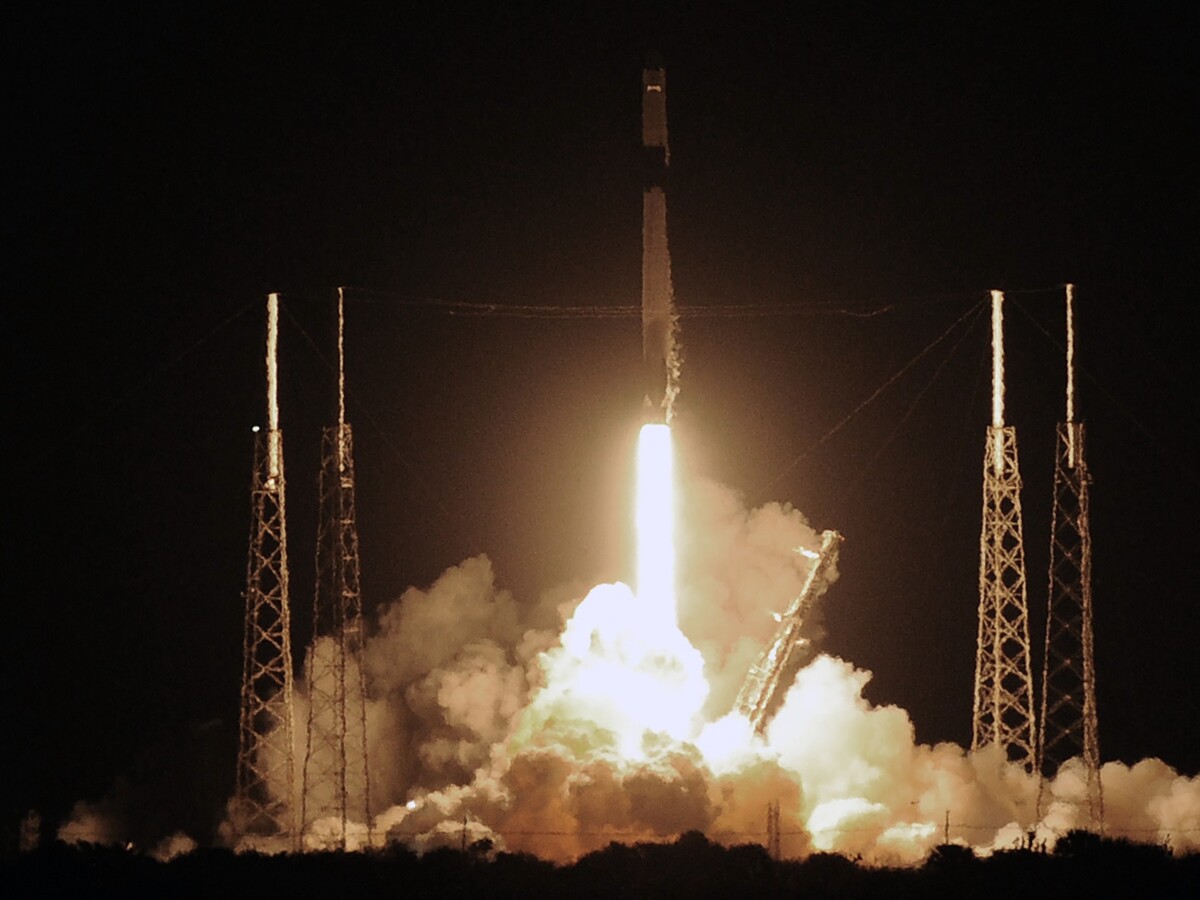 A SpaceX Falcon 9 rocket carrying more than 4,300 pounds of science and research, crew supplies and vehicle hardware to the International Space Station launches from pad 40 at Cape Canaveral Air Force Station in Florida. This is the final flight of SpaceX's first-generation Dragon cargo capsule.

SpaceX launched another cargo mission to the International Space Station Friday, successfully landing the flight's rocket booster for the 50th time in the last five years, the Associated Press reported.

The commercial rocket company sent its "Dragon" capsule from Cape Canaveral to the International Space Station for its 20th ISS resupply mission, according to a press release from SpaceX. The spacecraft is carrying more than two tons of equipment and experiments. It's expected to arrive at the space station Monday.

Falcon 9 launches the final mission of the first version of Dragon pic.twitter.com/qkwCxb49OA

The rocket lifted off to a countdown and cheers from an audience at SpaceX's headquarters in California, but the largest cheers came for the successful landing of the rocket's first-stage booster. After falling away from the Dragon capsule, the "Falcon 9" touched back down on the landing pad, amid flashes of bright light and smoke.

"And the Falcon has landed for the 50th time in SpaceX history!" announced lead engineer Jessica Anderson on a livestream from SpaceX HQ.

The night's windy conditions were a new challenge for the spacecraft. In a tweet, SpaceX co-founder and CEO Elon Musk said the launch was an "intentional envelope expansion."

Rocket will land in highest winds ever at Cape Canaveral tonight. This is intentional envelope expansion.

This was not the first launch for either part of the rocket. The Falcon 9 booster, which returned to land to be used again, was last flown in December 2019. The Dragon capsule has flown twice, once in 2017 and once in 2018, according to SpaceX.

This was the last mission for the first version of the Dragon spacecraft, which began space travel in 2012, said Anderson. SpaceX says the next version of the capsule will be capable of flying people in addition to cargo, and will fly with NASA astronauts later this year.

Since its first mission in 2012 – when it became the first private spacecraft to visit the @space_station – Dragon has spent over 520 days attached to the orbiting laboratory, delivered over 95,000 pounds of cargo, and returned over 76,000 pounds back to Earth pic.twitter.com/7wVBIlLhL6

The company puts an emphasis on creating rapidly reusable rockets. Its goal is to reduce the cost of space travel, and to eventually make the practice as accessible as modern air travel.

"To date, we've had 80 successful launches of Falcon 9, and 30 out of that 80 were on re-flown boosters," Anderson said.

In the 4,000-plus pounds of cargo headed to the space station are more than 20 experiments sponsored by the U.S. National Laboratory at the International Space Station, according to a press release.

Among them is an Adidas shoe material experiment, which will test the motion of its foam "Boost particles" in a low-gravity environment. The shoe company announced a partnership with the ISS U.S. National Laboratory in November of last year.

Another experiment is Delta Faucet's test of water droplet formation in micro-gravity conditions for the company's H2Okinetic shower head, which seeks to conserve water by controlling the size and speed of droplets.

From Procter and Gamble to Budweiser, many well-known companies leverage the unique conditions on the National Lab to improve consumer products people use daily. Now, Delta Faucet Company is going to space to improve your shower on Earth.
Learn more here: https://t.co/43Kbf02tNA pic.twitter.com/o9MVfxTYaP

Other experiments include tests to better 3-D printing in space and advance drug development.