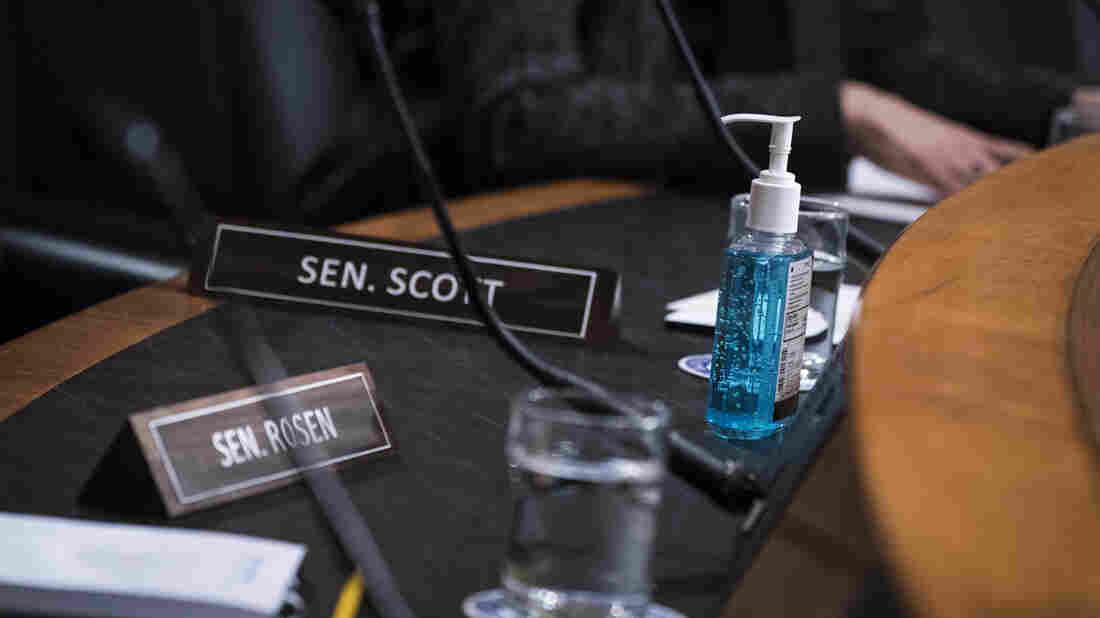 A bottle of hand sanitizer is seen during a Senate Homeland Security Committee hearing on Capitol Hill Thursday. Lawmakers are preparing to what to do if coronavirus hits the Capitol. Sarah Silbiger/Bloomberg via Getty Images hide caption 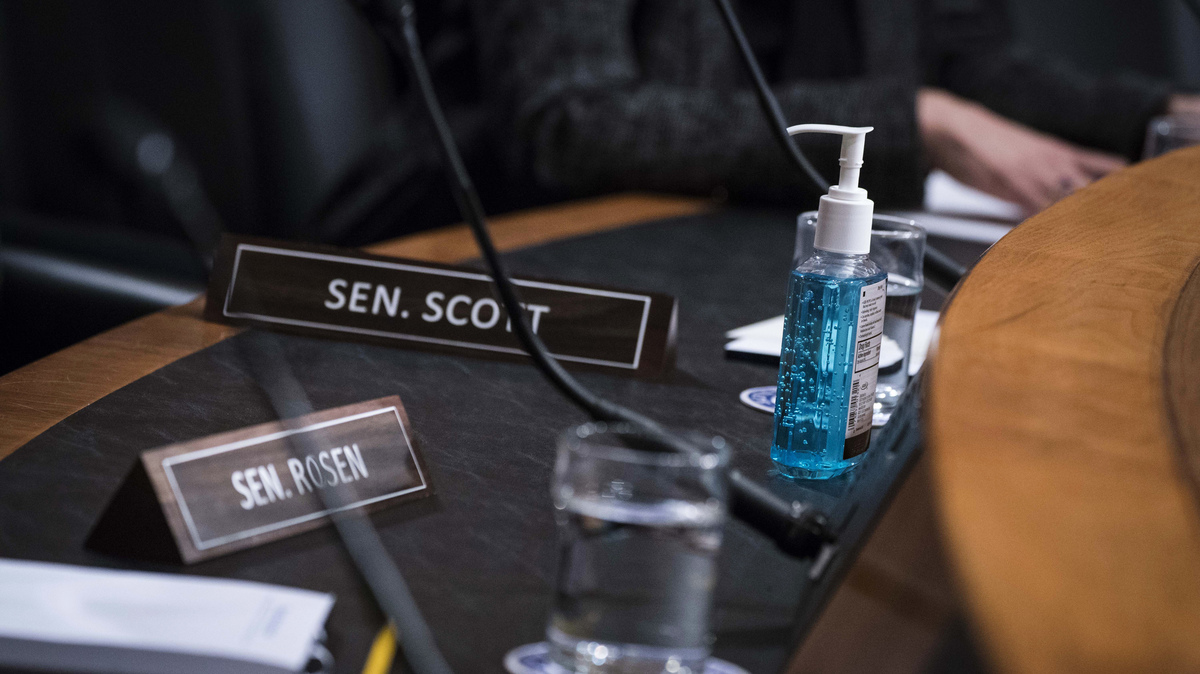 A bottle of hand sanitizer is seen during a Senate Homeland Security Committee hearing on Capitol Hill Thursday. Lawmakers are preparing to what to do if coronavirus hits the Capitol.

These are no ordinary times for Congress.

There are fewer handshakes. Purell hand sanitizer dispensers are posted outside the Senate and House chambers. Staffers are preparing plans to work remotely if there's a sudden closure.

Welcome to a post-coronavirus world for the U.S. Capitol as it weighs developments from the spreading outbreak against its daily operations.

"The leadership of the Capitol is always concerned about the security of the Capitol," House Speaker Nancy Pelosi told reporters Thursday. "And now it is coming down more in terms of ... health security."

On Sunday, Texas Sen. Ted Cruz became the first lawmaker to make the decision to self-quarantine, saying he may have been personally exposed to the virus. Cruz said he would remain at his Texas home for the next week after he briefly interacted with a person who later tested positive for COVID-19 at the Conservative Political Action Conference in February. But Cruz said he had no symptoms and said health officials believe his risk of contracting the virus was low.

Later Sunday, Rep. Paul Gosar said he and three of his senior staff members opted to self-quarantine as a "proactive and cautious" measure after recalling his own interactions with the CPAC attendee who had contracted the virus. Gosar said neither he nor his staff members showed symptoms.

Each year, 3 million or more people visit the U.S. Capitol Building, and of those, an estimated 60 percent visit between the months of March and July, according to the Architect of the Capitol, the federal agency that oversees its operations. And as is tradition on weekends and other recess periods, lawmakers regularly travel back and forth to their home districts, including areas now considered hot spots in the growing outbreak.

Among the topics, officials addressed personal hygiene and contingency plans for Capitol building staffers to work from home if there's a closure, said Pelosi, D-Calif.

For now, lawmakers and staff are say there aren't any disruptions to daily operations.

"We are reviewing policies to protect both the health of those who work here and those who visit here," McConnell, R-Ky., told reporters. "And if we have more announcements to make we'll let you know." 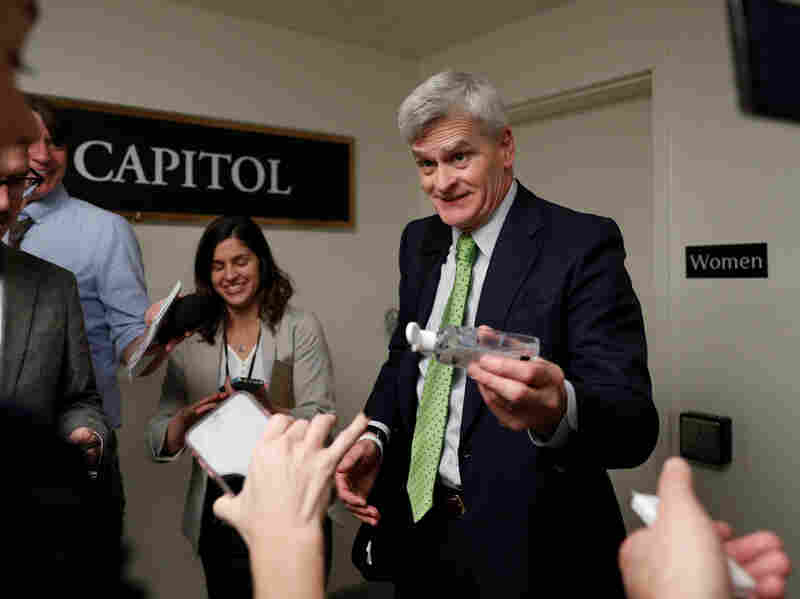 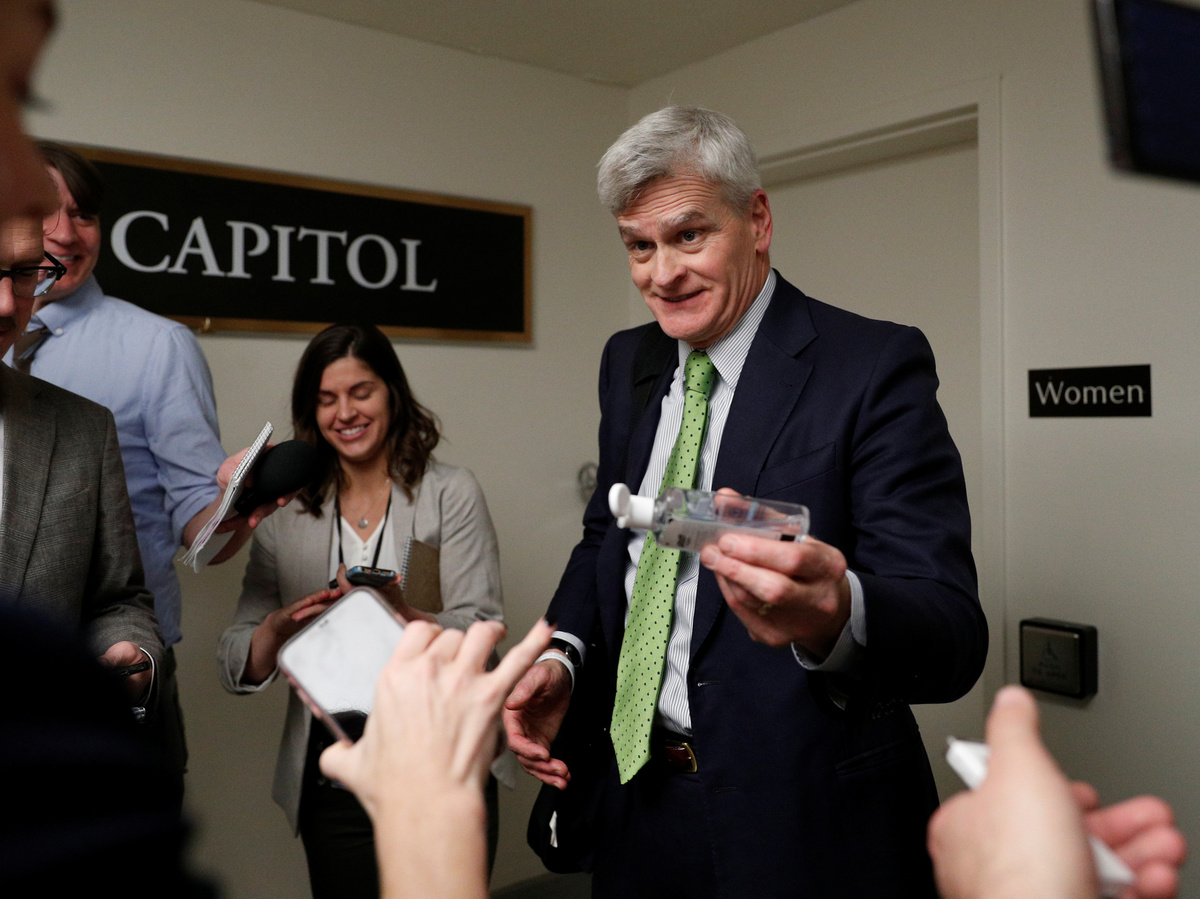 Louisiana Republican Sen. Bill Cassidy is a gastroenterologist and is known for always having hand sanitizer on hand. He's impressed with the supply available for U.S. Capitol visitors. For now, he can't see a closure happening.

"I would imagine if it ever comes to the nation's capital in a big way, they would do more. But again you have to have a state of graduated effects, right?" he said. "So there is going to be an appropriate escalation in response to scientific evidence."

Lawmakers and staffers said there haven't been any discussions of shutting down public galleries or limiting tours. The focus remains on precautions and keeping Congress open.

Missouri Republican Sen. Roy Blunt, who chairs the Senate Rules and Administration Committee, said he's been in touch with key Capitol officials to ensure that's the plan for now.

"Generally we do the same thing if there's a flu outbreak, which is encourage people to take care of themselves," he said. "If there is some kind of pandemic, we have a plan, but we have no thought that that plan is anywhere in the foreseeable future."

The advice to members and staff is a familiar tune now: ensure vigorous hand washing, stay home if you are ill, wipe down surfaces and cover coughs or sneezes. But they're also hearing extra emphasis on limiting physical contact with visitors.

Monahan suggested "we minimize contact with individuals as feasible. We are still working through the question of transmissibility. To the extent that there are some unknowns, we all have to proceed with caution," Jeffries said.

Pelosi said she hopes the message for boosting best health practices reaches visitors to the U.S. Capitol Building. She said screening all visitors' temperatures before they enter is not an option.

"We are a place where many people come, especially at this time of the year, in the spring," Pelosi said. "So what we want to do is to make sure that our visitors, our press, our staff and our members take the precautions necessary or in their own lives, wherever they do live, but especially when they come to a place like this, where many people come together."

But staff are also preparing for the potential of congressional closures. For example, they're ensuring that technology is up to date if they have to suddenly work from home.

"God forbid, but in case there is a need," Pelosi said. But, she noted, "we can't vote from home."

"I think we're going to be developing good habits as we go forward," Pelosi said, later adding, "but we'll be ready should something come along, but ... what we mostly do is pray."