Accessibility links
James McBride On The Kindness That Shaped Him: 'Emphasize The Positive' McBride's novel, Deacon King Kong, takes place in 1969, in a Brooklyn housing project similar to the one he grew up in. "In this book and in this community, people generally love each other," he says. 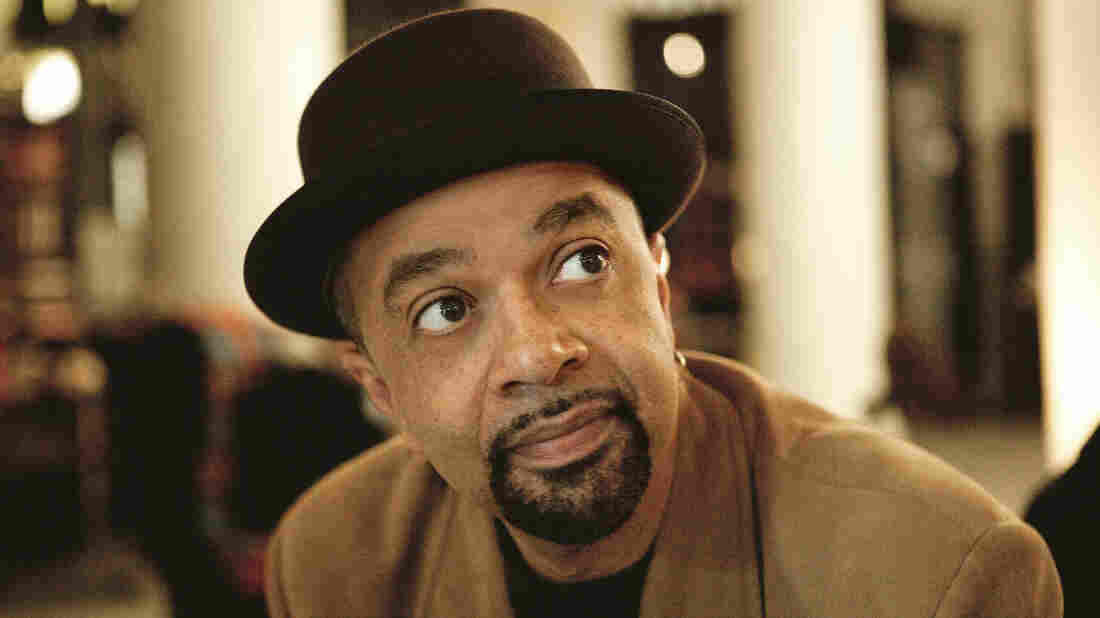 "You can't be a novelist, you can't be a creative person, if you are so cynical about the world that everything you say and write is negative," says novelist James McBride. He won the 2013 National Book Award for his novel The Good Lord Bird. Chia Messina/Courtesy of Riverhead hide caption 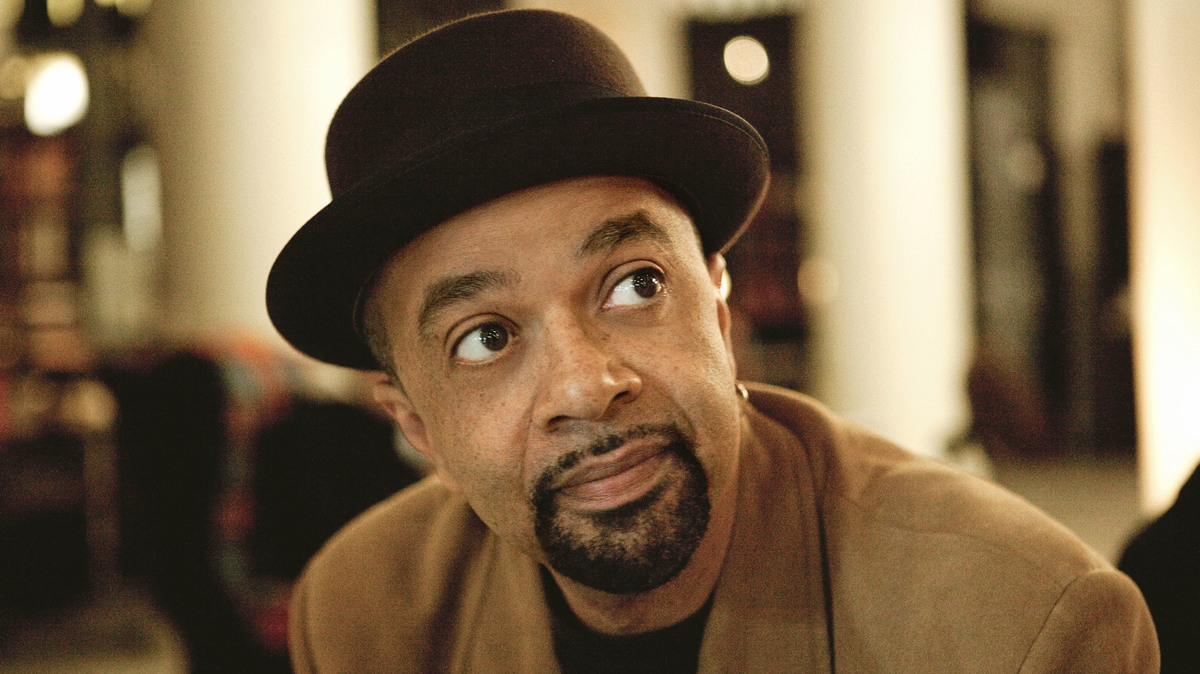 "You can't be a novelist, you can't be a creative person, if you are so cynical about the world that everything you say and write is negative," says novelist James McBride. He won the 2013 National Book Award for his novel The Good Lord Bird.

Growing up in a housing project in Red Hook, Brooklyn, writer James McBride felt a sense of community and freedom that was incomparable to anywhere else.

"It was the sense of being in a village, and a sense of us against the world," he says. "You know who everybody is, you know who not to mess with."

On the surface, McBride didn't quite fit in; his African American father died shortly before McBride was born, leaving him and his siblings to be raised by their white mother.

"My mother's story is unique because she was a white woman raising all these black kids," McBride says. But the neighborhood enveloped her: "The kindest people in her life were African American," he says.

McBride's new novel, Deacon King Kong, takes place in 1969, in a Brooklyn housing project similar to the one where he grew up. It's a character study of a community where hard drugs are starting to move in. The story centers on a 71-year-old church deacon, but a host of other neighborhood personalities get a turn in the spotlight, including church folk, bodega owners, small time crooks, mobsters and police officers. Ultimately, McBride says, his goal was to show the common humanity that exists among different people in a community.

"During the course of my career — and in the housing projects and outside of it — I've always felt I always defined my life, tried to dictate my life, by the fact that I believe we have more in common than we are different," he says. "At bottom, in this book and in this community, people generally love each other."

I remember ... those who graduated from weed to booze to heroin, I remember that transition and how the edges of the community became sort of sharp-knives. There was a lack of trust. The younger kids coming up seemed harder and more concerned with money and ... with quick influence. You have to remember, Martin Luther King had died and the civil rights movement was dying down. It was dying slowly. It was dying a long, slow death because Malcolm [X] was dead and Martin was dead, and the communities began to change. ...

There was an innocence to that period. And the reason why I use that word was because when white people talk about the '60s and the Beatles, they always talk about the innocence as if innocence didn't exist in black America. But you could walk down the street in Brooklyn and go see Sonny Stitt for free.

My mother loved Red Hook and she loved it in part because when my father died and she had seven kids and was pregnant with me, she came home from the hospital and ... the apartment was full of food and chickens and ham and people were so kind. She never forgot that. She made sure we never forgot it either. So that business of kindness in black American life was something that was stamped into my consciousness and into the consciousness of my siblings from the time we were little. 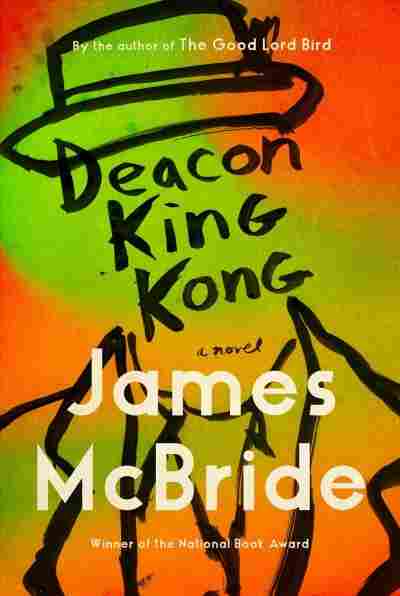 On being confused as a young child that his mother was white, and trying to ask about it

She didn't deal with that. It wasn't something that she liked to deal with. ... Probably because it was uncomfortable and probably because she didn't feel it was necessary. See, we were poor, and when you're poor, it's always about the next meal, the next pair of shoes ... So there wasn't any time to discuss these ... [feelings.] ... She'd say, "Look, you're a Negro. You're black. And that's what people see. So you better do good." She didn't want to hear that if you came home from school with bad grades, she did want to hear about the black or white thing.

On growing up with 11 siblings

You learn to fend for yourself. You learn to take care of the little bit that you have, your little shoes. You have your clothes in a little pile. You become self-sufficient very quickly and you learn how to be the center of attention if you need to be, because you know that if you're not, then someone else is. And so that factors into everything — food and clothing and who your allies are. ... We had a piano and we [had] various instruments, and so we play[ed] together, and music had a big influence in my family development.

On being educated in public schools

I watch what happens in these schools, especially when they take the arts away, take music and art away. I mean, that's just like robbing children of their futures.

I believe in public school and public school education. I think public school teachers are excellent. Many of the teachers I had, white teachers and black ones, were excellent teachers. I think it did change my life. I watch what happens in these schools, especially when they take the arts away, take music and art away. I mean, that's just like robbing children of their futures. They rob them of their creativity. When you do that, they become cell phone users and computer users their entire life without any bit of creativity.

I think the narrative that dehumanizes policemen is dangerous. And it puts them as people and us as a public in a bad place. I've had many experiences with police. Most ... [I've been] fortunate enough to walk away, not arrested. And it's just my nature to look to the good side of things. ...