Accessibility links
What States Are Voting On March 10? A Guide Tuesday's contests offer 352 delegates among six states. Michigan is the biggest prize, and it could be another pivot point in this Democratic primary. 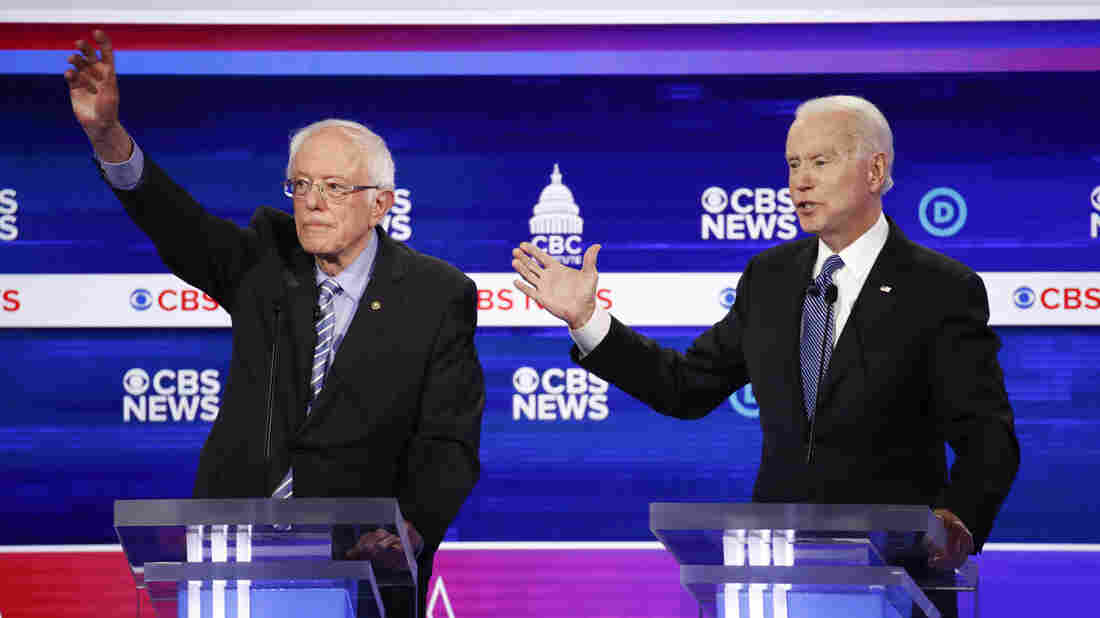 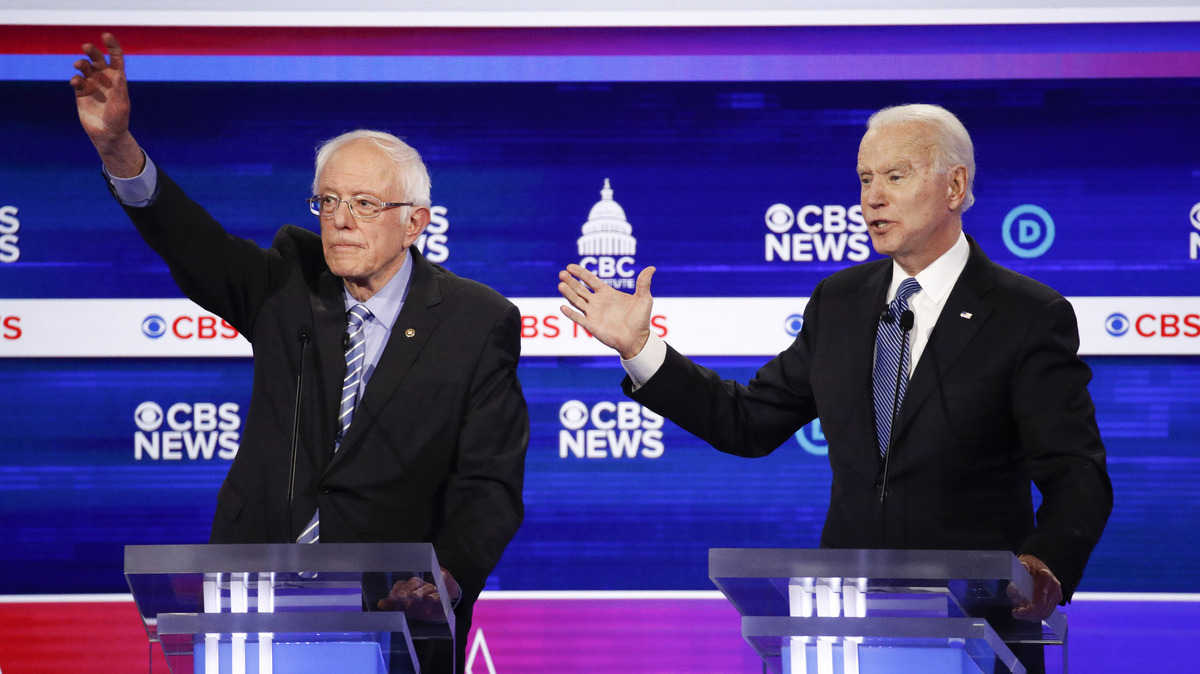 The results out of Super Tuesday were unexpected. Former Vice President Joe Biden rode a surge of momentum all the way to the delegate lead and is now in the driver's seat for the Democratic presidential nomination.

But it has taken lots of twists and turns to get here. The race is now a clear one-on-one contest between Biden and Vermont Sen. Bernie Sanders after Massachusetts Sen. Elizabeth Warren and former New York City Mayor Mike Bloomberg dropped out. (Hawaii Rep. Tulsi Gabbard is still in the race but has won only two delegates.)

For Sanders to reclaim the momentum, all eyes are on Michigan on Tuesday. It's a state Sanders narrowly won in 2016. If he wins it this time, it could reshape the race yet again. If he loses, there will be few opportunities for him to change the trajectory of this nominating contest, especially with states ahead that appear to favor Biden.

What we're calling "Big Tuesday" offers 352 delegates among six states. That's about a quarter of the delegates that were at stake on Super Tuesday. Michigan is the biggest prize, with 125 delegates, followed by Washington (89), Missouri (68), Mississippi (36), Idaho (20) and North Dakota (14). Michigan, Washington and Missouri — and their combined 282 delegates — make up 80% of the delegates at stake Tuesday.

So what are the keys to each state? Here's a state-by-state guide:

Michigan figures to be a narrative-setting election. Sanders pulled off the upset there in 2016. If he can do it again, it could, once again, change the momentum of this race.

To do that, he's going to have to run up the score with young voters and whites without college degrees. Young voters were about one-fifth of the electorate in the 2016 Democratic primary, according to exit polls. But so far in this primary campaign, young voters have been down as a share of the electorate. Does that change with Sanders' appeal to them this week?

A significant share of Michigan's Democratic primary electorate is made up of whites without college degrees — 36% in 2016. Sanders won 57% of them.

Black voters could be a significant factor as well. In 2016, they were 21% of the electorate, and Hillary Clinton won more than two-thirds of them. Black voters have buoyed Biden to this point, and he needs them to turn out for him again.

But perhaps the most important group that could swing the election is white women. They were 37% of the Michigan electorate in 2016, and Sanders won them narrowly. But on Super Tuesday overall, Biden won white women by double digits.

If that happens again in Michigan, it could be game over.

A poll conducted before Super Tuesday had Biden up by 6 points, but polls, as we've seen, can change quickly. Also signaling the state's importance, both campaigns have spent the most ad money there. As of Thursday, Sanders' campaign was slightly outspending Biden on air and online, $930,000 to $869,000.

The biggest change from 2016 to 2020 in Washington is state Democrats ditched precinct caucuses for a primary. Sanders ran up the score in 2016, winning almost three-quarters of the delegates and every county there, but a primary will make things more competitive. There hasn't been much public polling, but one poll from last week had the race neck and neck.

There were no exit or entrance polls in 2016, but Washington is about two-thirds white, has a slightly higher level of residents with bachelor's degrees than the nation as a whole and has a higher-than-average Asian American population. It's also 13% Latino and only 4% black.

The largest share of the state's vote comes from King County, where Seattle is located. But the Puget Sound area has been one of the hardest hit by the coronavirus. Washington state is a mail-in ballot state, so turnout might not be as affected as it might otherwise be. But the coronavirus is still a big X factor. Health officials are warning people not to lick their ballots as they turn them in.

As recommended by @WADeptHealth, please use alternative methods to seal your ballot return envelopes, such as a wet sponge or cloth.

Washington’s Presidential Primary is March 10. Use a ballot drop box to return your ballot by 8 p.m. Election Day. #waelex pic.twitter.com/UOk8Ld4Z3m

— Washington Office of the Secretary of State (@secstatewa) March 3, 2020

The Missouri primary was one of the closest of the 2016 Democratic nominating contest, as Sanders lost it by only about 1,500 votes.

The state's electorate trends older, and black voters (21%) and white women (40%) were significant shares of the electorate. They may very well be a deciding factor again.

Much of the vote comes from St. Louis, Kansas City and surrounding counties, with smaller patches from the southwestern and southeastern parts of the state. Clinton won the cities; Sanders won most of the rural areas and the college town of Columbia.

Missouri has seen the second-most advertising of the Big Tuesday states. As of Thursday, Sanders had spent $524,000 and Biden $484,000.

Biden is the favorite to scoop up a big share of the delegates, because the state's electorate is expected to be overwhelmingly black. In 2016, it was 71% African American.

This is the first year Idaho is holding a primary instead of caucuses. Sanders won the state with almost 80% of the vote in 2016 and is expected to win the lion's share of delegates again. In 2016, he netted 13 delegates there.

Sanders won with 64% here in 2016. That result, though, netted him only eight delegates.

This story originally stated incorrectly that polls close in Washington at 10 p.m. ET. The correct time is 11 p.m. ET.