Accessibility links
Coachella Delays 2020 Edition Due To Coronavirus Concerns The influential annual music festival in Indio, Calif. announced Tuesday that it has to move its dates from April to October. 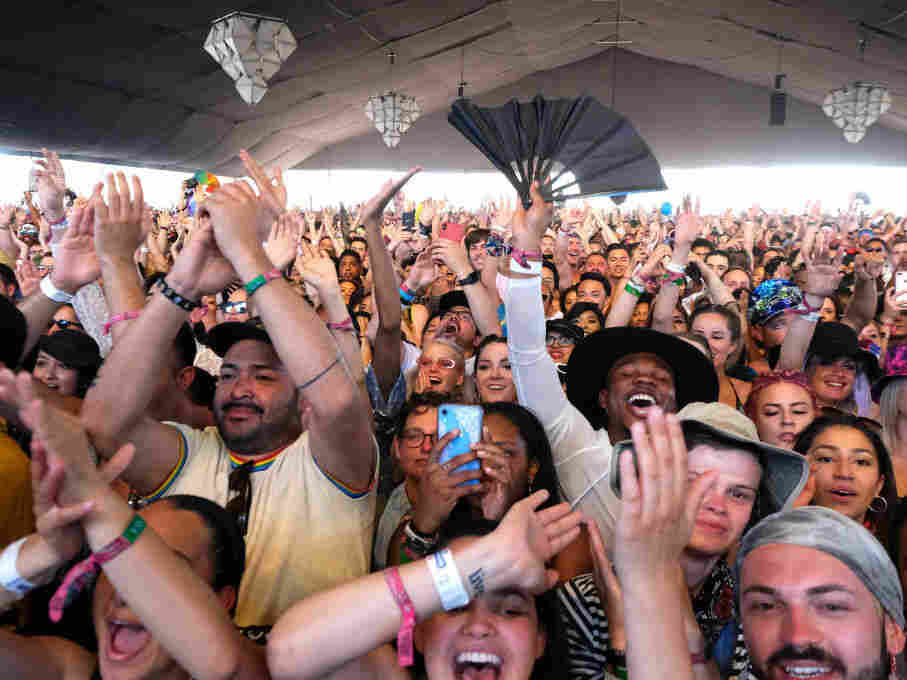 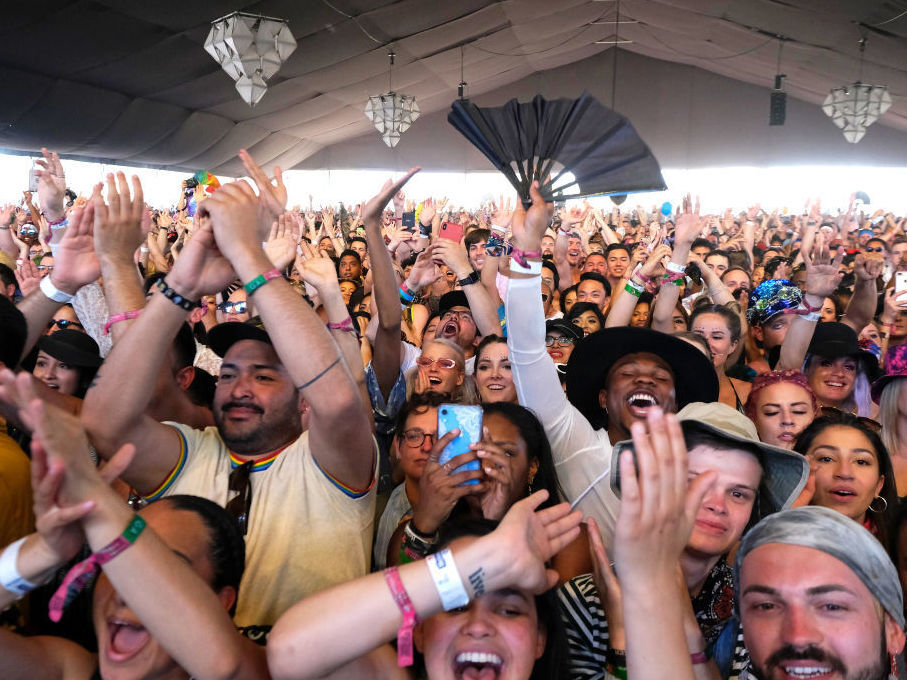 Another major American music festival and influencer hangout has been felled by coronavirus concerns. Coachella, which is held over two consecutive weekends, is being postponed. The dates are moving from Apr. 10 - 12 and Apr. 17 - 19 to the weekends of Oct. 9 and 16.

In total, nearly 600,000 people attended the 2019 edition of Coachella (formally known as the Coachella Valley Music and Arts Festival). It also attracts high-profile sponsors and brands — from McDonald's to Yves Saint Laurent — that are eager to reach its Instagramming audiences.

On Monday, officials in Riverside County, Calif., which includes the city of Indio where Coachella is staged, announced that three people in the Coachella Valley had tested positive for the COVID-19 virus.

Goldenvoice said that it was making the move at the directive of Riverside County and local health officials. "While this decision comes at a time of universal uncertainty," the company said as part of a statement, "we take the safety and health of our guests, staff and community very seriously. We urge everyone to follow the guidelines and protocols put forth by public health officials."

The organizers did not say on Tuesday whether or not they had secured performances by the headlining acts that the festival had advertised for the April weekends: Rage Against the Machine, Travis Scott and Frank Ocean for Coachella and Thomas Rhett, Carrie Underwood and Eric Church for Stagecoach.

The company says it will offer refunds to current ticketgoers who are unable to attend in October.

The Coachella and Stagecoach news is part of ongoing tumult in the live events business worldwide due to coronavirus worries. On Friday afternoon, SXSW announced it had canceled its 2020 edition; on Monday, the organization laid off about one-third of its full-time employees. A spokesperson told member station KUT in Austin as part of a statement: "Those of us in the business of live events know the level of trust required to execute an event of SXSW's scale, and we are deeply sad to let people go this soon. We are planning for the future, and this was a necessary, but heartbreaking step."