Accessibility links
Trump, Pence Discuss Coronavirus With Lawmakers; No Deal Yet "As a nation, we can't be doing the kinds of things we were doing a few months ago," NIH official Anthony Fauci said. President Trump and Vice President Pence are discussing options with lawmakers. 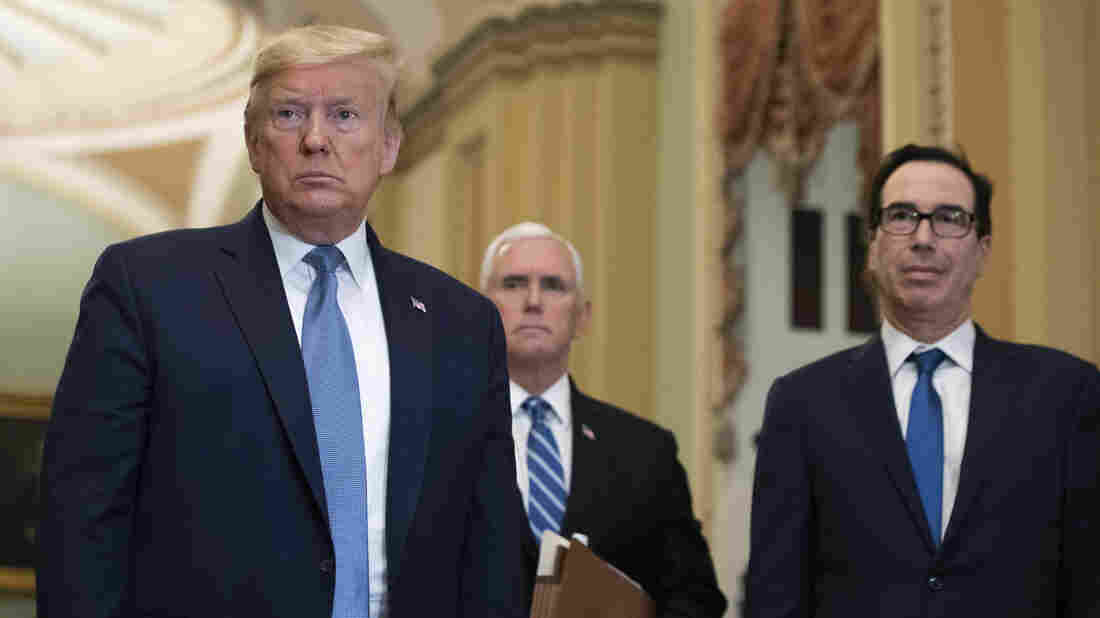 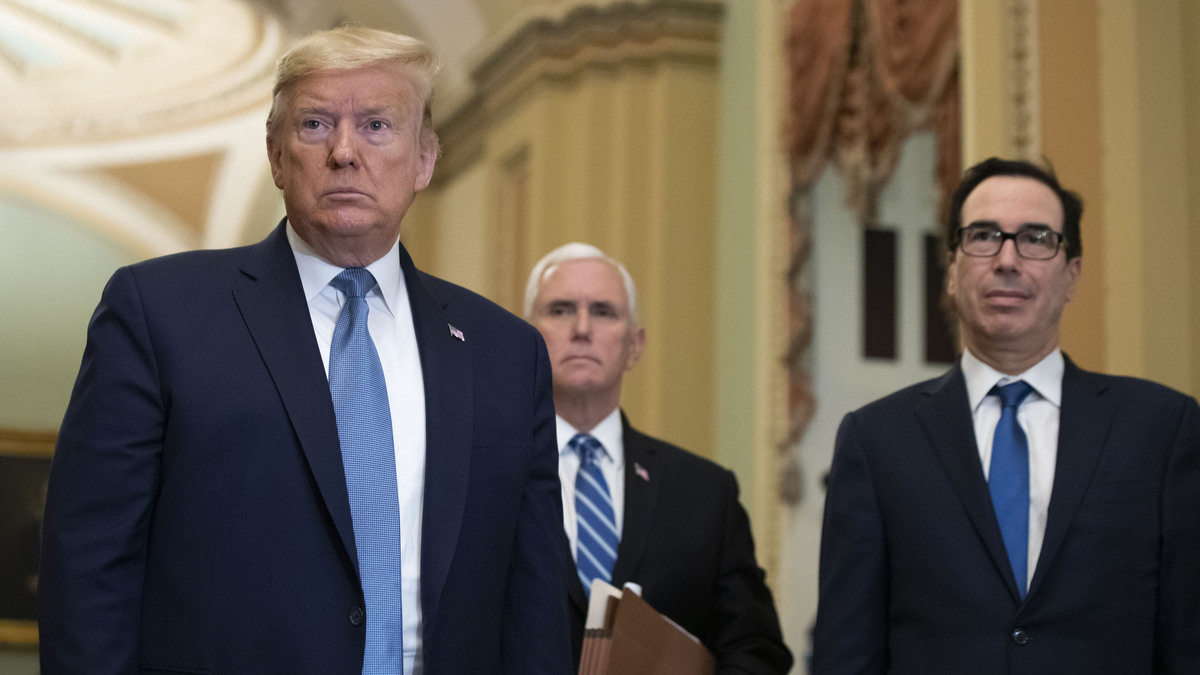 One of the nation's leading infectious disease experts issued a stern warning on Tuesday: If you think you have escaped the spread of the coronavirus, do not become complacent.

"As a nation, we can't be doing the kinds of things we were doing a few months ago," said Dr. Anthony Fauci, the head of infectious diseases at the National Institutes of Health. "It doesn't matter if you're in a state that has no cases or one case, you have to start taking seriously what you can do now."

The briefing on Tuesday comes as the White House is beginning outreach to lawmakers about possible measures to protect workers and small businesses affected by the virus. While President Trump has promised action, officials have not yet announced any specific agreements.

The U.S. has counted at least 712 cases and 27 deaths from the novel coronavirus so far. Fauci told reporters Tuesday that both the number of new cases and fatalities from the virus in the U.S. are expected to rise.

Fauci said as the nation grapples with the spread of the respiratory disease, "everything is on the table for consideration," but he noted that the Trump administration is searching for the right balance between preventing future outbreaks while also not taking steps that are too extreme.

"For the country right now to say, 'We're going to close all the schools in the country,' I don't think would be appropriate," Fauci said, adding that the country should, however, "do real mitigation some time before you think you really need it."

Exactly what those measures might look like were not disclosed. Fauci said federal officials are working to get ahead of the virus as its spread continues, saying, "If and when the infections will come, sorry to say, sad to say, they will."

At the same Tuesday briefing, Vice President Pence said Trump had talked to Senate Republicans and asked for payroll tax relief and measures for hourly workers and small businesses who may not have sick leave plans.

Life During Coronavirus: What Different Countries Are Doing To Stop The Spread

The yet-to-be-unveiled fiscal stimulus package, including any kind of payroll tax cut, would need the support of House Democrats, who have their own proposals to combat economic problems caused by coronavirus.

Pence said White House officials would "fan out" and talk to lawmakers to move the economic relief package forward.

Other questions continue to swirl on Capitol Hill about how exactly the administration plans to pay for expensive measures like a suspension of payroll taxes.

The Centers for Disease Control and Prevention is working with Washington state, California, New York and Florida to develop community-specific recommendations to address the spread of coronavirus in those states and will publish recommendations in the next 24 hours, Pence said.

"The risk to the average American of contracting the coronavirus remains low," Pence said. "The risk to senior citizens with serious underlying chronic health conditions is very significant."

White House economic adviser Larry Kudlow said it may be possible to work around Congress by using administrative authority to fund unpaid sick leave, but he declined to elaborate on any specifics, saying a deal is still being hammered out.

"We're checking with the leaders of both parties and both houses to see what is doable and where the tough nuts are going to be," Kudlow said. "In the near future we will outline a more detailed package for you."

Trump said earlier Tuesday his administration was working with the cruise and airline industries that have been battered by the coronavirus outbreak as he traveled to Capitol Hill.

Trump did not announce any economic proposals after his meetings, but said "a lot of good things are going to happen."

"We're hoping that he [Mnuchin] and the speaker can pull this together so that we end up not playing partisan games at a time, which seems to me to cry out for bipartisan, bicameral agreement," McConnell said shortly after the meeting with Trump.

Responding to a question about whether the president would be amenable to steps backed by Pelosi, including an extension of unemployment insurance, McConnell said: "I think the package needs to be negotiated. I think the speaker is obviously the most prominent Democrat here on Capitol Hill, and anything to get on the president's desk has to be agreed to between the administration and the speaker of the House."

Travel stocks have been hit hard by the uncertainty over the coronavirus, which has led conferences to be canceled, universities to close and travel to some nations restricted or barred.

On Monday, the president said he'd unveil unspecified "dramatic" policies to counter the economic effects of the outbreak that has sent shivers through the global economy as entire national regions and nations have enforced lockdowns to stem the spread of the disease.

"We are going to take care of and have been taking care of the American public and the American economy," Trump said Monday.

The action on both ends of Pennsylvania Avenue comes a day after the stock market dropped precipitously. The S&P 500 was down nearly 8%. Markets bounced back somewhat on Tuesday as the prospect of a payroll tax cut rose.