Accessibility links
Russian Presidential Term Limits Could Be Reset Under New Proposal A proposed constitutional amendment would reset term limits, giving the Russian president the ability to run again when his current term expires in 2024. 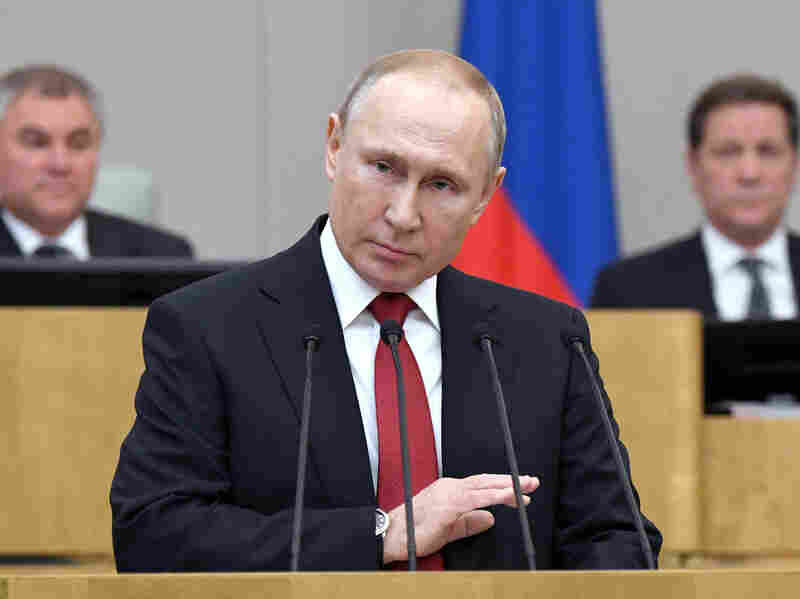 Russian President Vladimir Putin told lawmakers on Tuesday that he supports a proposed constitutional amendment that would allow him to seek two more terms and remain in power. Alexei Nikolsky/AP hide caption 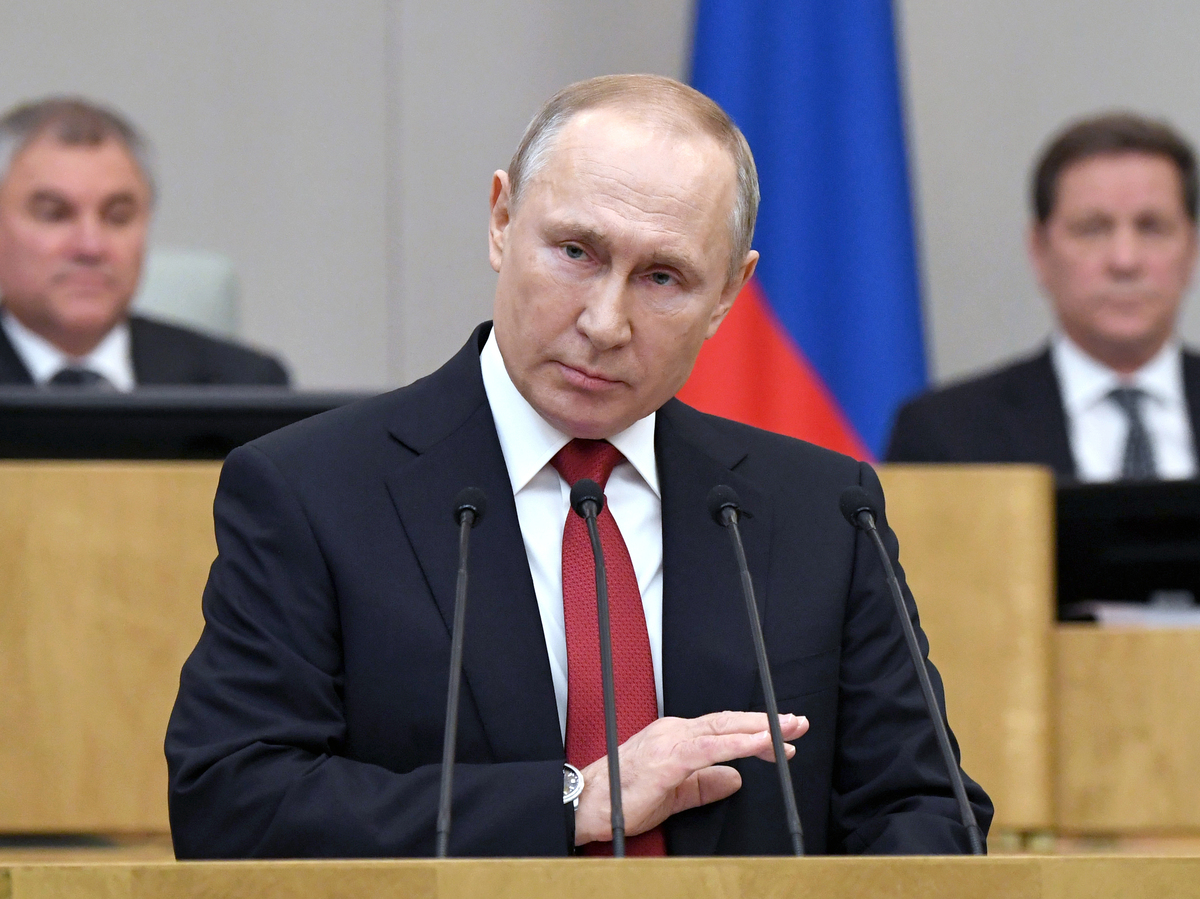 Russian President Vladimir Putin told lawmakers on Tuesday that he supports a proposed constitutional amendment that would allow him to seek two more terms and remain in power.

Russia's lower house of parliament on Wednesday approved a constitutional amendment to allow President Vladimir Putin — already the country's longest-serving leader since Josef Stalin — to extend his rule until 2036.

Lawmakers in the State Duma voted 383 to 0 in favor of the amendment, with 43 abstentions. Putin said on Tuesday that Russia's Constitutional Court would have to rule on whether the move would contradict Russian law. Putin's critics have said approval by the court is all-but certain.

The constitutional amendment proposed by lawmaker and former cosmonaut Valentina Tereshkova — who gained fame in 1963 as the first woman in space — resets the current term limits, which limit Russian presidents to two consecutive six-year terms. Russians are scheduled to vote on the proposed amendment on April 22 in a nationwide constitutional referendum.

Putin spoke to lawmakers at the State Duma on Tuesday about what such a change would mean for the future of presidential power in Russia.

It's important, he said, for a president to ensure the country's "evolutionary development." Now, he said, is not the time to move too quickly to change how Russian state power operates: "We have had enough revolutions."

"I have no doubt that the day will come when the supreme, presidential power in Russia will not be so personified, if I may say so, that it will not be connected to a certain individual," Putin added. "But this is exactly how it was in our previous history, and we must take this into account."

Putin told lawmakers on Tuesday that he did not endorse completely eliminating presidential term limits, one element of the proposal by Tereshkova. But he strongly backed the idea of resetting the number of terms for which he could run.

In his appeal to parliament, Putin also pointed to other countries that have no restrictions on presidential terms. Even in the United States, he said, the two-term limit has only been in place since the 22nd Amendment was ratified in 1951.

The Great Depression, economic uncertainty, unemployment and World War II all called for persistent leadership in the U.S., Putin said, referring to President Franklin Roosevelt's four terms. As Russia is also undergoing upheaval and difficulty, "stability may be more important and must be given priority," he said, especially "when a country still has many problems."

Russia watchers, who have long assumed Putin would seek to retain power after his current term expires in 2024, were not surprised.

"The Russian system has been existing under this perpetual question mark of 'what is Putin going to do?' " Fiona Hill, President Trump's former top Russia adviser, told NPR's Mary Louise Kelly.

Many observers thought Putin might take on a different role that would let him maintain influence – like Iranian Supreme Leader Ayatollah Ali Khamenei or Kazakhstan's first president, Nursultan Nazarbayev, who now chairs the country's security council and holds the title "leader of the nation." There was talk of having Putin lead the country's State Council, which would be strengthened, with the presidency becoming more of a symbolic position.

"The Kremlin is searching for ways to keep Putin in power," Khodarkovsky said. "Putin and his inner circle seem to have decided that the way to do it is to eliminate term limits and allow Putin to run again. It would be inconceivable for Putin to lose."

The 67-year-old Putin has ruled Russia for more than 20 years, serving as both president and prime minister. His current presidential term is set to expire in 2024; should he run again, Putin would be 83 when the next term limit runs out in 2036. "My own feeling," said Khodarkovsky, "is that Putin wants to beat Stalin, who ruled for almost 30 years."

"Putin will stay in power and in his present position for life," said Dmitri Trenin, director of the Carnegie Moscow Center. "As for the future of Russian democracy, we will need to wait till after Putin passes from the stage."

"Putin has become the wild card in his own system," Hill said. "If he goes, it seems destabilizing. And this seems like an effort to kind of put off the inevitable. He surely won't live forever."

A previous version of this story misspelled the name of Michael Khodarkovsky as Dhorokovsky.