Accessibility links
Technology, Race And Friendship Play Out In First-Time Author's 'New Waves' In journalist Kevin Nguyen's first novel, characters build relationships with each other online that translate to the real world — with mixed results. 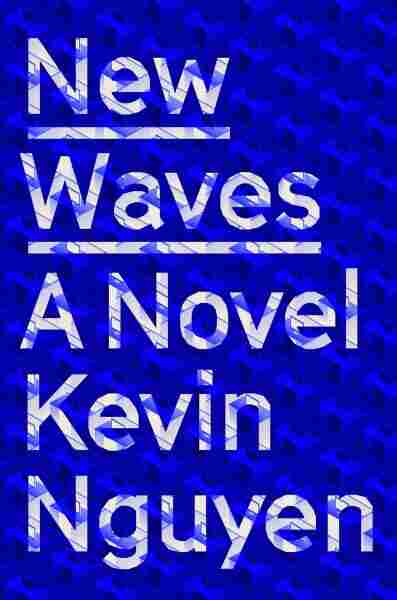 Is a friendship with someone you've never met more authentic or less?

On the one hand, you can't look them in the eyes, read their nonverbal cues. On the other hand, you don't jump to conclusions based on stereotypes about their race, their size, their age.

In journalist Kevin Nguyen's first novel, the characters build relationships with each other online that translate to the real world — with mixed results.

On his writing process

It was a haphazard process. I tend to write a lot on my phone when I'm, like, really anxious on the subway. So one time, there was just a really crowded subway, and I just started hammering a bunch of ideas into a note — really loose stuff, like ideas for sci-fi stories, just imagining dialogue. And I kept adding things to this note over the course of several weeks. And then the note got so big that the app crashed. And then, you know, just for kicks, I copy-pasted the note into a Google doc, and it turns out I had written, like, close to 20,000 words.

Suddenly, I was like, wow, that's a lot of garbage! That's 20,000 useless words. And I actually — I gave it a read through, and I found a kind of strange through line in it. And I was like, oh, maybe this is something.

On wanting to write about grief

I'd always wanted to write a novel about grief and how funny it is. You know, a lot of books about grief obviously are very bleak, and then they're hard to read. And they're kind of a bummer, which is certainly part of the experience — but there's something about grief that is actually very funny and makes people do funny, selfish things.

My best friend died when we were both 20, and I just had this really distinct memory. Obviously, you know, it was devastating. But me and our closest friends, after we learned the news, we showed up to the old Quiznos that we all used to hang out in, and we just started laughing. And I just, like, tried to take that energy and — that weird, like, unexplainable energy — and put that into a work of fiction.

On what happens after a death in the book

The Asian man, sort of in his grief, just starts making a lot of interesting immoral decisions that have consequences that he doesn't realize until later.

...One thing I wanted to parallel was it's really easy to feel a distance when you work at a tech company where you make decisions about how a service works or an app looks. And a lot of those decisions are made quickly because the point is to do things as quickly as possible and not as thoughtfully as possible. So all the characters in this novel are making quick decisions like that. And that kind of thinking bleeds into their personal lives.

On writing about race

But if you're different people, that might manifest in different ways. And the characters in this book, they're young. And they know how to talk about themselves, but they don't really know how to listen to others. So it's sort of about internalizing experiences and characters who sympathize but haven't figured out how to empathize yet.

On building relationships online versus face-to-face

I think it's really easy to talk about relationships on the Internet and how we don't interact as much face-to-face anymore as just a pure negative. And I don't really see it that way. There was an era of the Internet, really before Facebook and certainly before Twitter, where we were just skittish about putting our real names online. So we were completely anonymous. We had screen names. And you would meet strangers, and they would always be strangers. But it'd be sort of a disembodied kind of friendship.

And you know, I just sort of took that to the inevitable conclusion of like — well, you know, if someone is disembodied, then, like, the main character — he's online, and no one sees him as an Asian man. And for the character of Margo, no one sees her as a black woman. And you know, how would they react to that in ways good and bad?

Read an excerpt of New Waves