Accessibility links
Harvey Weinstein Sentenced To 23 Years In Prison For Rape And Sexual Abuse The 67-year-old former producer received nearly the maximum sentence for the counts he was convicted of last month. At the hearing, he compared the effects of the #MeToo movement to the Red Scare. 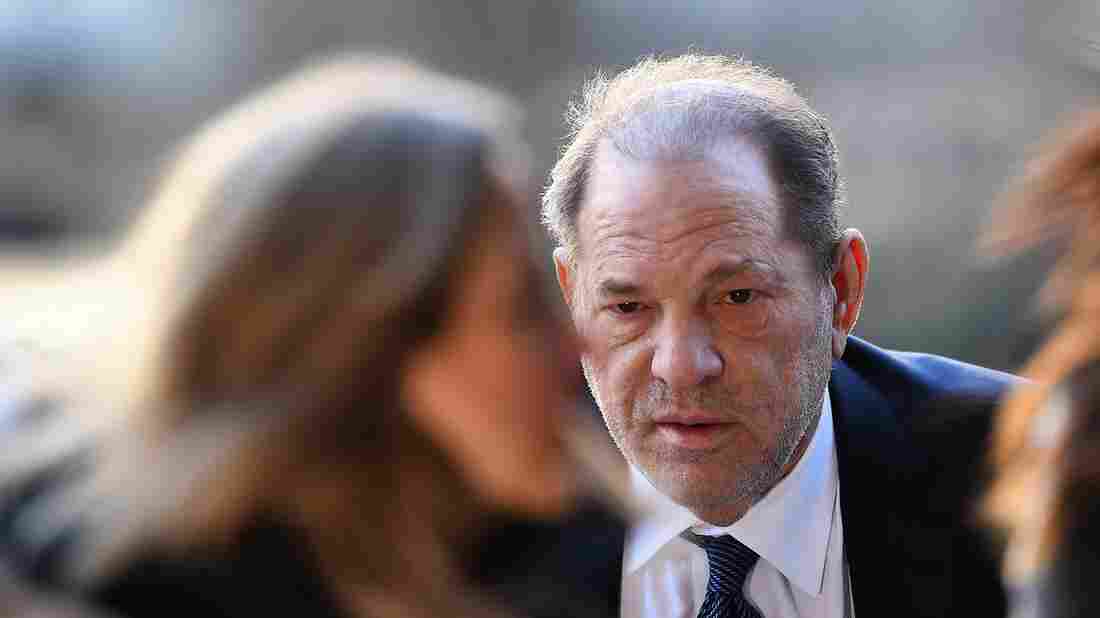 Harvey Weinstein arrives at the courthouse in Manhattan for a hearing last month. The jury convicted the disgraced Hollywood mogul of rape and sexual abuse after six women testified that he sexually assaulted them. Johannes Eisele/AFP via Getty Images hide caption 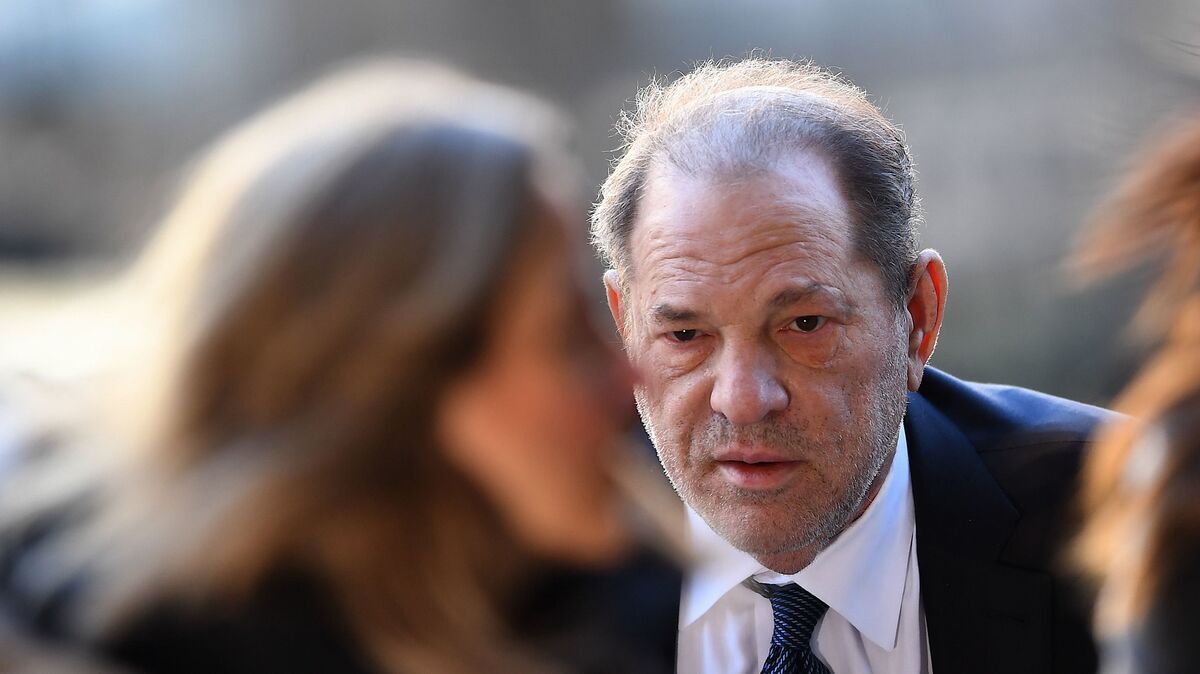 Harvey Weinstein arrives at the courthouse in Manhattan for a hearing last month. The jury convicted the disgraced Hollywood mogul of rape and sexual abuse after six women testified that he sexually assaulted them.

Harvey Weinstein has been sentenced to 23 years in prison. Judge James Burke handed down the decision in a Manhattan courtroom on Wednesday as the disgraced movie mogul watched, flanked by his legal team.

His 20-year sentence for a criminal sexual act, the more serious of the two counts he was convicted of last month, is on the higher end of New York state's guidelines. For the other count, rape in the third degree, Weinstein was sentenced to three years in prison.

"We thank the survivors for their remarkable statements today and indescribable courage over the last two years," Manhattan District Attorney Cyrus Vance Jr. said in a statement released Wednesday.

"Harvey Weinstein deployed nothing less than an army of spies to keep them silent," he added. "But they refused to be silent, and they were heard. Their words took down a predator and put him behind bars and gave hope to survivors of sexual violence all across the world."

The sentencing Wednesday caps Weinstein's precipitous fall from the heights of Hollywood, where, for decades, he brandished his power and influence like a blunt instrument — and allegedly sexually assaulted dozens of young women, intimidating them and others into silence.

Those allegations, which gathered momentum with the release of a pair of exposés in October 2017, landed him in court earlier this year to face his first criminal trial. The charges, including two counts of predatory sexual assault, could have led to his spending the rest of his life in prison — but jurors, after hearing weeks of arguments and deliberating another five days, acquitted him of the most serious charges.

Weinstein's legal team cited this mixed verdict in a letter to the court, arguing that anything above the mandatory minimum of five years "is likely to constitute a de facto life sentence." And after the 23-year sentence was handed down Wednesday, his lawyers labeled it "obscene."

Weinstein displayed signs of poor health throughout the court hearings, which he attended with the aid of a walker. After his verdict was read — and before heading to the Rikers Island jail complex, where he had been awaiting sentencing — authorities took him to a hospital, where doctors placed a stent in his heart.

When he returned for his sentencing hearing Wednesday, he did so in a wheelchair.

Weinstein, who did not take the stand during the trial, did speak to the court during the hearing. He compared himself to Dalton Trumbo, an American screenwriter who was notoriously blacklisted in the 1940s for being a member of the Communist Party. And Weinstein, whose alleged assaults help spur the #MeToo movement, which boosts the voices of survivors, compared the environment it has created to the Red Scare.

"I'm worried about this country," he said.

The lead prosecutor, Manhattan Assistant District Attorney Joan Illuzzi-Orbon, argued against leniency by relating a list of deeply detailed allegations of sexual assault, harassment and other abuse dating back to the 1970s. In her letter to the judge, she said the examples bolstered the accounts offered by Mann, Haley and the four other women who told their stories on the witness stand.

"Rape is not that one moment of penetration," Mann said in her statement to the court Wednesday. "It is forever."

She and the five other women who testified that Weinstein assaulted them sat together during the sentencing hearing as a gesture of solidarity. Among the group was Tarale Wulff, whose allegation of rape in 2005 was not included in the charges but who nevertheless took the stand during the trial to support the prosecutors' case.

In a statement to reporters after the sentencing Wednesday, she said it made her "joyous" to hear the lengthy prison term handed down in court.

Wednesday certainly does not represent the last of Weinstein's legal woes. Los Angeles prosecutors have also filed criminal charges against the former producer, alleging two incidents over a two-night period.

Just hours after his sentence was announced, Los Angeles District Attorney Jackie Lacey said her office had already begun the process of extraditing Weinstein to face charges on the other side of the country.