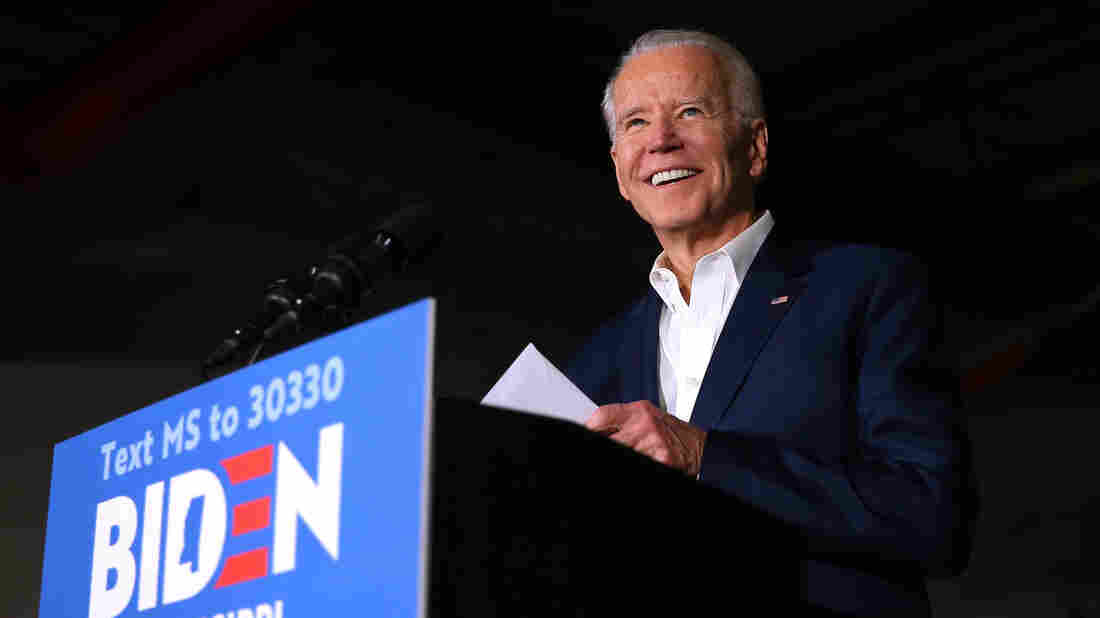 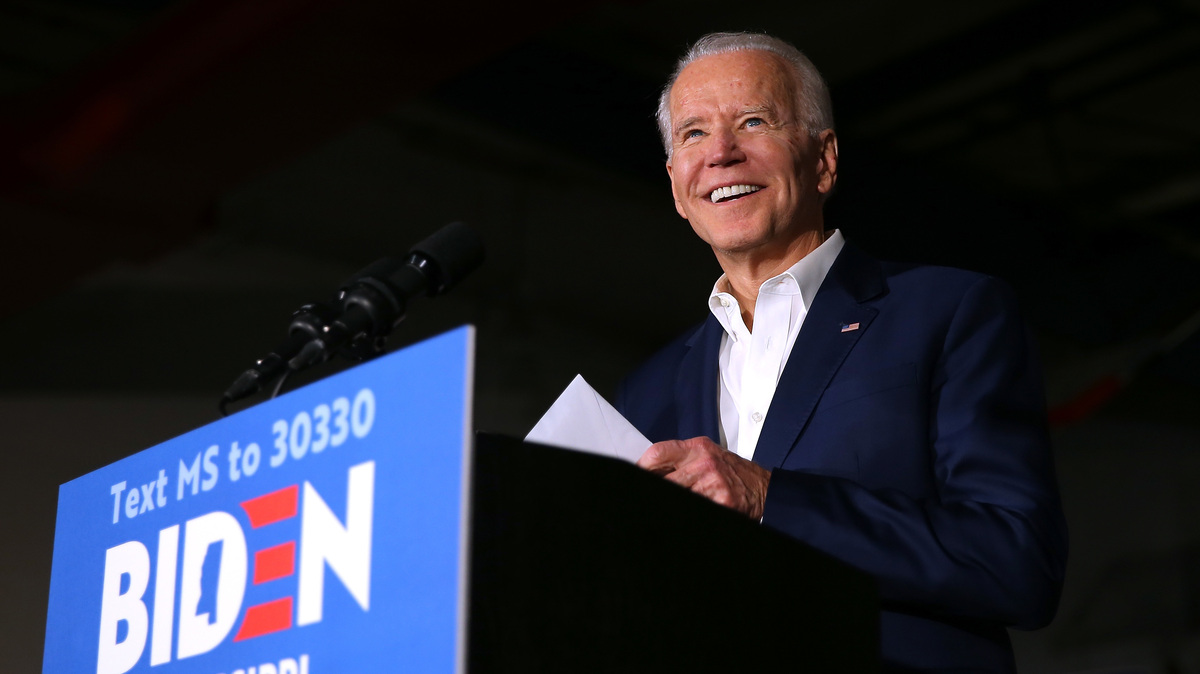 Joe Biden speaks at a campaign event at Tougaloo College on Sunday in Tougaloo, Miss.

Former Vice President Joe Biden won the most delegates in Tuesday night's voting, widening his lead over Vermont Sen. Bernie Sanders in the race for the Democratic presidential nomination.

Biden won four out of the six states that voted in the "Big Tuesday" primaries — Idaho, Mississippi, Missouri and the delegate rich state of Michigan. Sanders was the projected winner in North Dakota. Votes are still being counted in Washington.

According to NPR's delegate tracker, Biden had 847 delegates as of Wednesday morning and Sanders had 685. These numbers are expected to grow as results continue to trickle in over the coming days. To secure the nomination, a candidate needs to win a majority of delegates, meaning at least 1,991.

Tuesday's voting came just one week after Super Tuesday, where Biden won 10 of the 14 states in play, including Texas, North Carolina and Virginia.

Sanders' next major opportunity to make up ground will come on Tuesday, when 577 delegates will be up for grabs in Arizona, Florida, Illinois and Ohio. Florida, with its 219 delegates, will be the top prize of the night, but it's a state that Sanders lost soundly to Hillary Clinton in the 2016 primary.

As states continue to vote, Biden and Sanders will be awarded delegates based proportionally on the number of ballots that are cast in their favor. For a complete breakdown of delegates, visit NPR's delegate tracker.