Accessibility links
Coronavirus Cancellations: Ditching A Dream Cruise Is A Painful Decision Thousands of people who booked vacation cruises are considering canceling. The federal government has taken the unusual step of advising people not to take a cruise given the coronavirus outbreak. 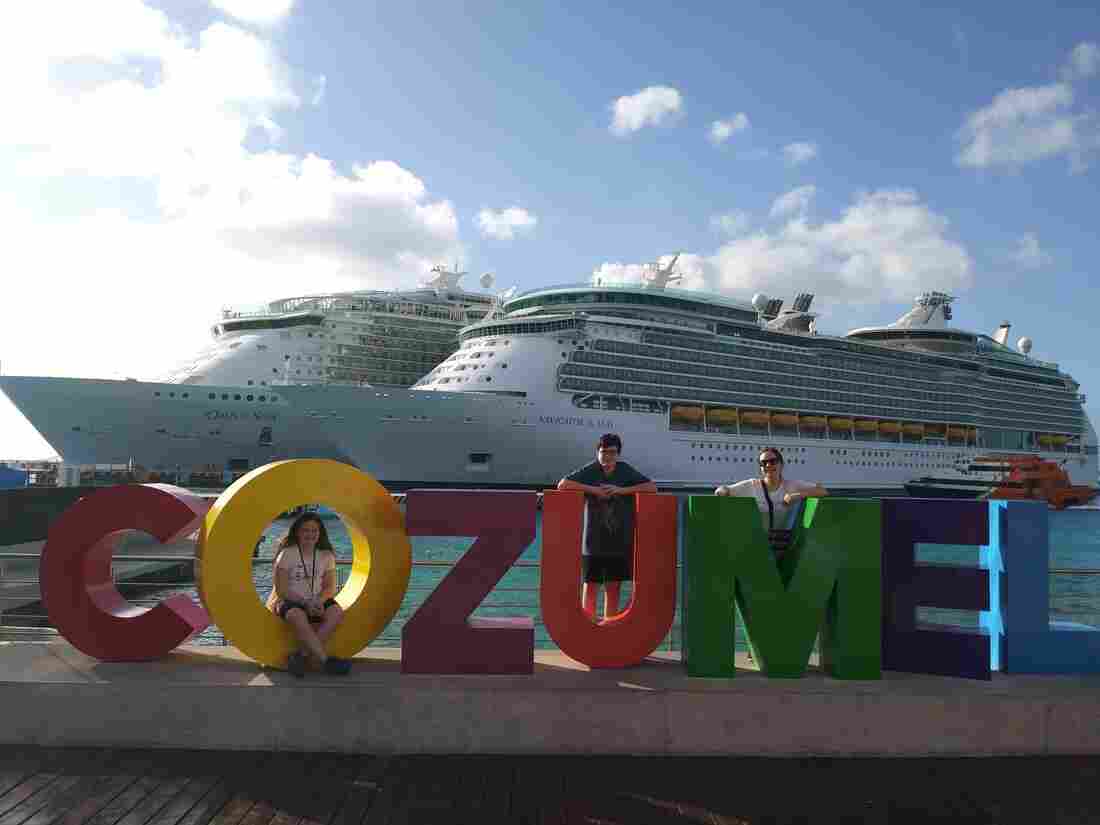 Linda Nalbandian and her children on a previous cruise. The family has struggled to decide whether to cancel an upcoming vacation in April. Courtesy of Linda Nalbandian hide caption 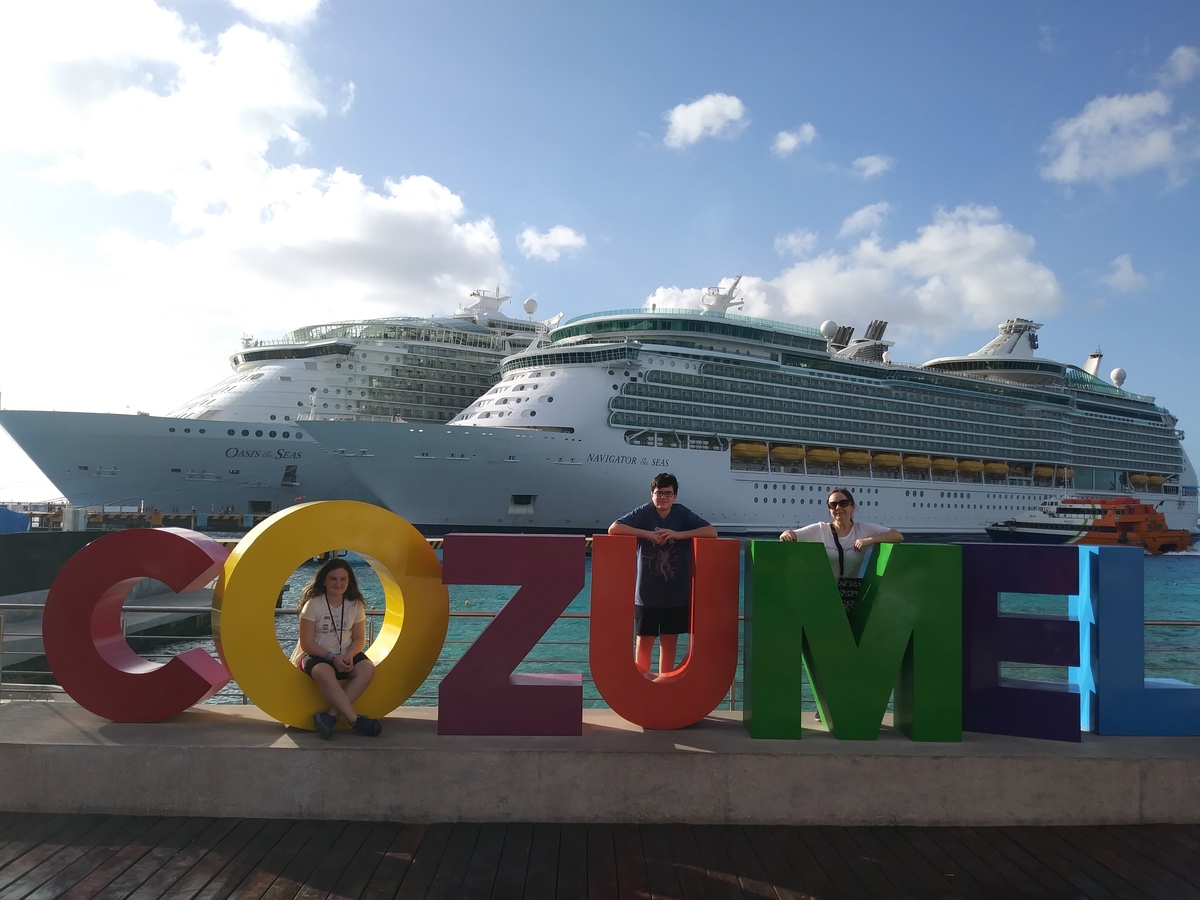 Linda Nalbandian and her children on a previous cruise. The family has struggled to decide whether to cancel an upcoming vacation in April.

Linda Nalbandian is set to go on a cruise to Bermuda in April. Recently married, she and her husband are planning to take their five teenagers on their combined family's first big trip together.

The kids were "super excited," she says. "It was a lot of buildup over the last couple of months, talking about it, planning it, and then coronavirus."

The $6,000 trip was a big expense. So as the coronavirus outbreak spreads around the world, the family's been grappling with what to do. They didn't want to wreck a great vacation if the odds were really small that there'd actually be a problem on their cruise.

But now many cruise ship companies are trying to reassure customers that they don't need to panic and cancel now. Customers can wait and see what happens with the outbreak and can even cancel just a few days before their cruise and get credit for another trip later.

Nalbandian got an email from Norwegian Cruise Line this past weekend explaining she can cancel up to 48 hours before her trip and get a full refund in the form of a credit toward a future trip.

"It was a relief ," she says, "and it definitely left us with a warm and fuzzy feeling toward the cruise line." 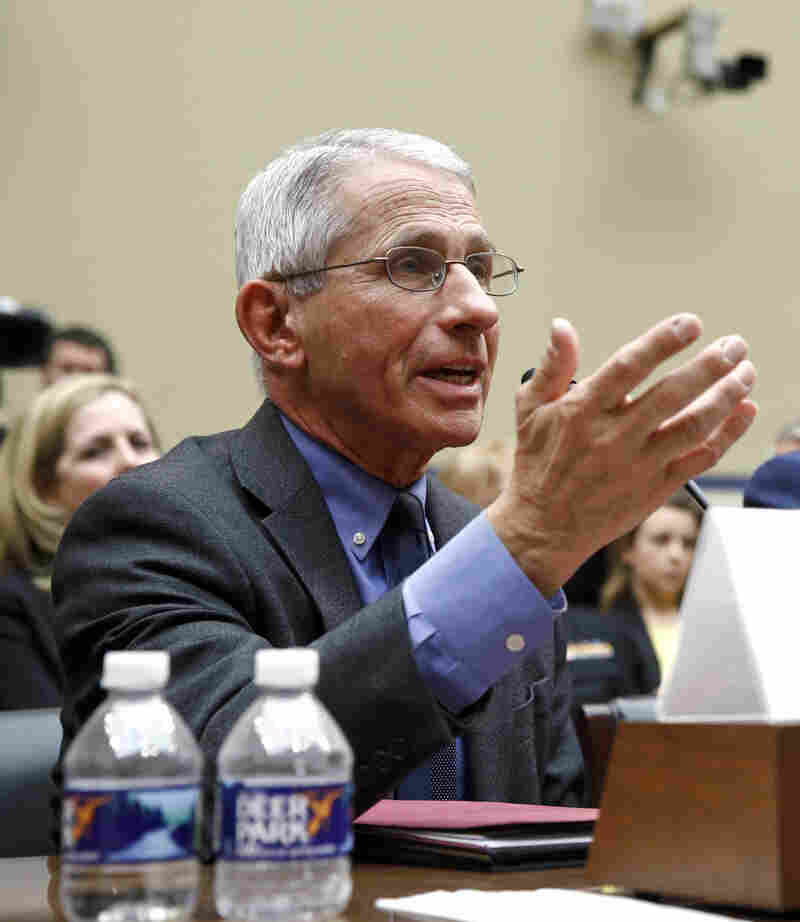 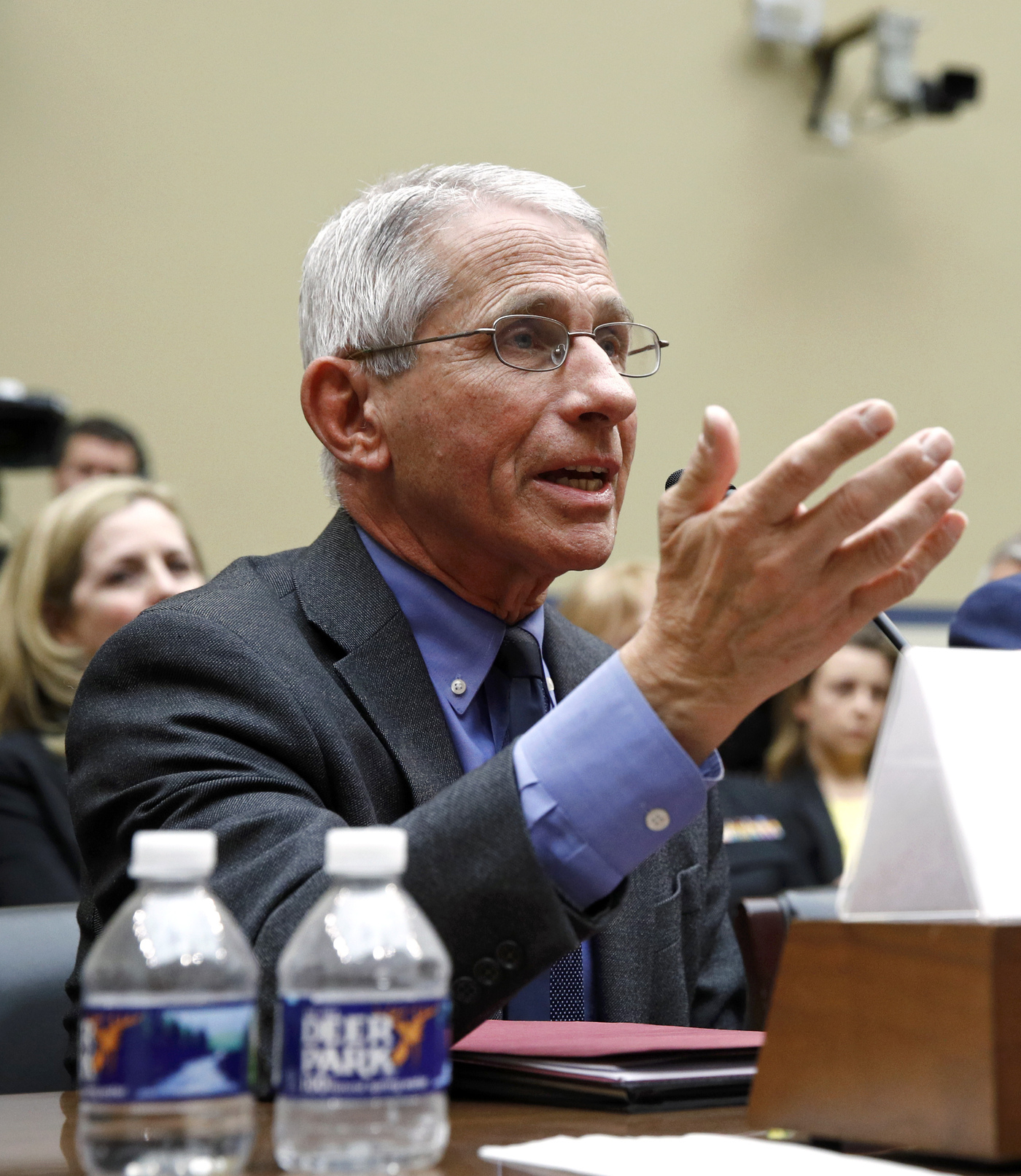 Dr. Anthony Fauci, director of the National Institute of Allergy and Infectious Diseases, said elderly people and people with underlying health problems should take special precautions and not travel on cruise ships.

She says their plan now is to wait until a couple of weeks before the cruise and decide then. Each cruise line company's policies can be different, so anyone who has booked a trip should call or go to the company's website to find out the details.

Dr. Anthony Fauci, the director of the National Institute of Allergy and Infectious Diseases, told NPR this week that since elderly people and people with underlying health problems are particularly vulnerable to this coronavirus, they should take special precautions.

What's happened so far is several ships have had outbreaks and had to quarantine passengers. Some stricken passengers died after contracting the virus.

"U.S. citizens, particularly travelers with underlying health conditions, should not travel by cruise ship. CDC notes increased risk of infection of COVID-19 in a cruise ship environment. In order to curb the spread of COVID-19, many countries have implemented strict screening procedures that have denied port entry rights to ships and prevented passengers from disembarking. In some cases, local authorities have permitted disembarkation but subjected passengers to local quarantine procedures. While the U.S. government has evacuated some cruise ship passengers in recent weeks, repatriation flights should not be relied upon as an option for U.S. citizens under the potential risk of quarantine by local authorities."

Stewart Chiron, who has worked in the cruising travel industry for 30 years, says he was "very shocked and disappointed" by the government's warning.

"It's too far extreme," says Chiron, who books cruises for people through his cruiseguy.com website.

He says to warn elderly people and those with medical conditions seems reasonable. But, Chiron says, to tell everybody to stay off cruise ships goes too far. He says he'd go on a cruise today.

"Right now, there are hundreds of ships sailing around the world that are not having any issues," he says.

Cruise Lines International Association, the industry's trade group, says in a statement that the ships are taking special precautions — including screening people for a fever before allowing them to start a cruise, and denying boarding to anyone who has visited or traveled through airports in South Korea, Iran, China and parts of Italy.

Some people are deciding the risk is worth taking. Others are canceling, or trying to.

Coronavirus Travel Tips: To Fly Or Not To Fly? What Happens If You Cancel?

Ashley Manning, a nurse practitioner in Knoxville, Tenn., decided to cancel her cruise coming up in nine days to the Mexican Riviera on Carnival Cruise Line. "I've called Delta, I've canceled our flights," she says. "They were nonrefundable tickets. They automatically refunded everything without even a question."

But she says getting through to Carnival was a different story. "I was on the phone for about three hours yesterday, kept calling, and it just never goes to anybody, just is a voice recording, and then it'll disconnect you when you think you're still on the line."

Carnival says it's ramping up staffing. But as any seasoned traveler knows, when everyone calls at once it's hard to get through. So if you're going to cancel your cruise, it's probably a good idea not to leave it until the very last minute.