Accessibility links
Dow Dives As Stocks Near A Bear Market On Coronavirus Economic Fears Major stock indexes were down around 20% from their peaks in February, signaling an end to the 11-year bull market as investors fear the worst about the coronavirus pandemic. 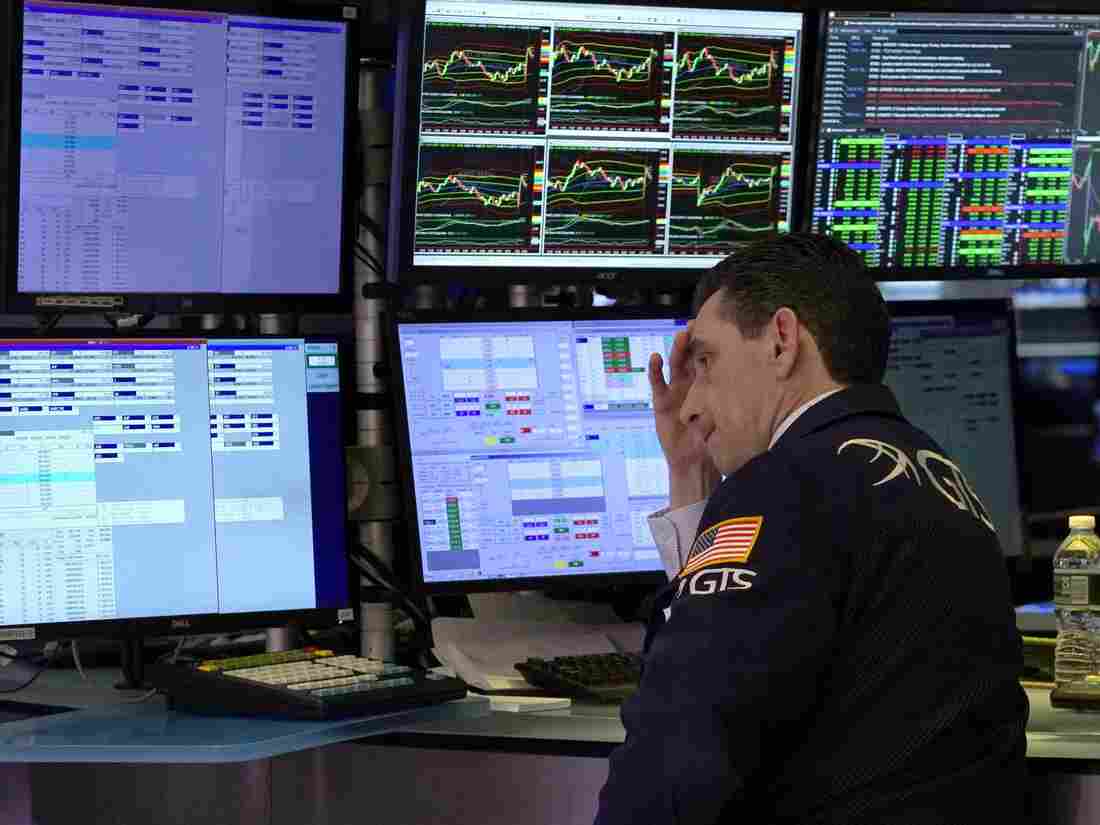 The stock market has continued to be volatile in recent weeks over growing fears that the spread of coronavirus will push the world economy into recession. Timothy A. Clary/AFP via Getty Images hide caption 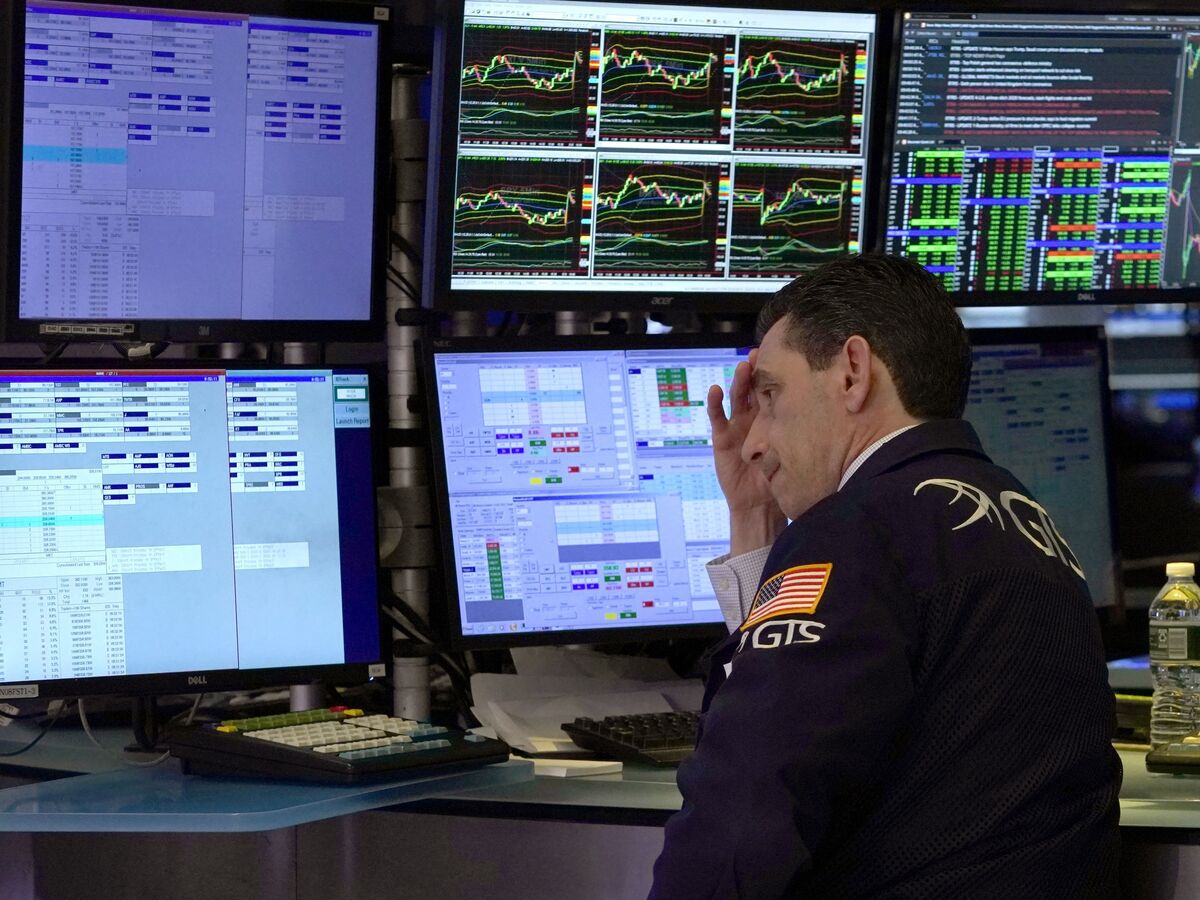 The stock market has continued to be volatile in recent weeks over growing fears that the spread of coronavirus will push the world economy into recession.

Major stock indexes plunged again on Wednesday, and the Dow Jones Industrial Average was down more than 20% from its peak in February. The meant that the blue chip index entered bear market territory, ending its 11-year winning streak.

Just on Monday, the stock market had its worst drop since 2008 amid fears that the growing spread of coronavirus would push the global economy into recession.

Early Wednesday afternoon, the World Health Organization declared that the disease COVID-19, caused by coronavirus, is a pandemic. As of Tuesday, the WHO was reporting about 120,000 cases in 114 countries on six continents.

President Trump told reporters he will be making a statement about coronavirus Wednesday night. He made the comments as he met with the chief executives of major banks.

"There are a large number of workers that are going to be required to self-quarantine or be at home to take care of family members who are self-quarantined," he said. "For small and medium-sized businesses, we think it's appropriate for the government to pick up those costs."

Mnuchin said officials are also considering extending deadlines for tax payments for individuals and small businesses. And he said the administration is considering giving federal loan guarantees to some industries that are "highly impacted by travel."

The airline industry has been one of the hardest hit by the coronavirus, as people and businesses cancel travel plans. In an interview with NPR's Peter O'Dowd on Wednesday, JetBlue CEO Robin Hayes compared the impact to the aftermath of the Sept. 11, 2001, attacks.

"I would say we're in the middle of a very significant impact, some would say devastating impact, to the airline industry," Hayes said. "There were lots of concerns just after 9/11 about flying. And we're really seeing the same now with the coronavirus."

But, he said, the industry is better able to withstand the economic shock than it was during the 2008 financial crisis. "It's pretty healthy. We've all built stronger balance sheets. We've all got good liquidity. And so I think the economic backdrop for airlines is very different," Hayes said.

The Federal Reserve and other central banks have been cutting interest rates, and the U.S. and other governments have been rolling out aid and stimulus proposals to help cushion the economic blow of the outbreak.

The Bank of England was the latest central bank to lower rates, announcing an emergency 0.5-percentage-point cut on Wednesday. It said the cut "will help to support business and consumer confidence at a difficult time, to bolster the cash flows of businesses and households, and to reduce the cost, and to improve the availability, of finance."

Oil prices, which can reflect economic demand, have also been volatile after Saudi Arabia unexpectedly decided to slash its prices for crude last weekend. The price of oil fell 3.6% Wednesday. It has dropped 29% over the past five trading days.