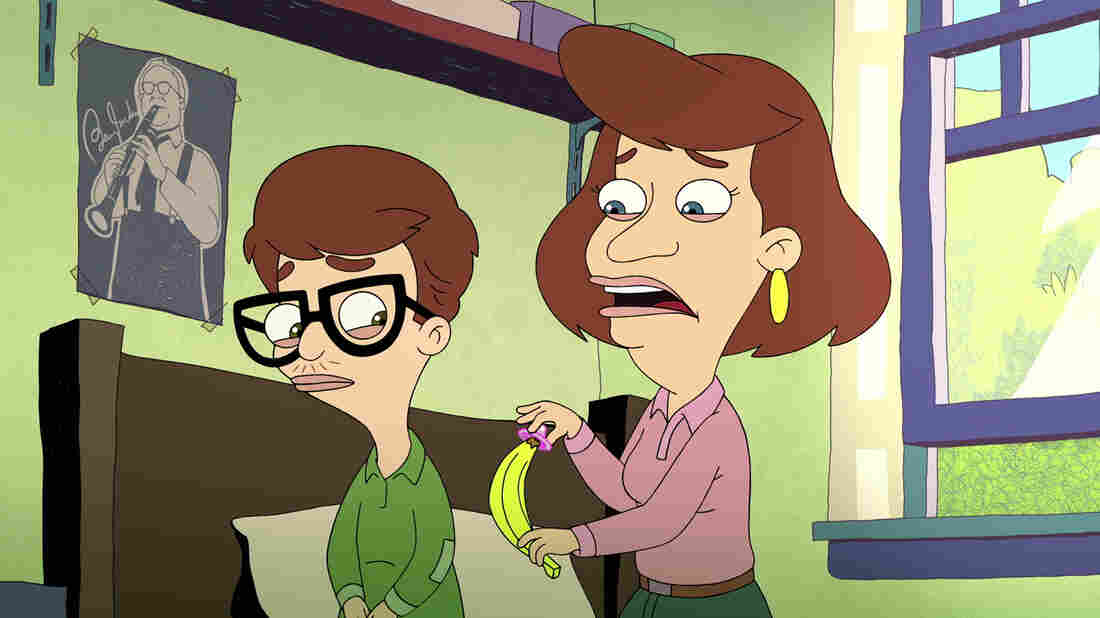 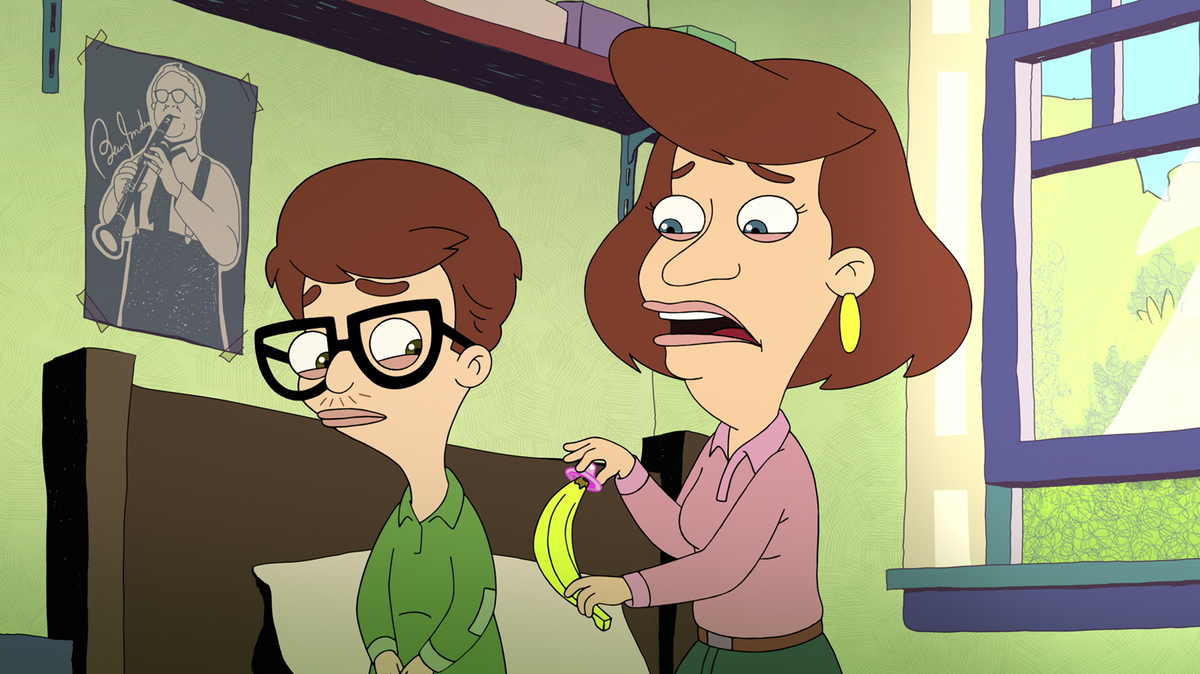 Life Kit hosts Anya Kamenetz and Cory Turner talked to the creators of Big Mouth, life-long friends Andrew Goldberg and Nick Kroll about surviving puberty and shedding light on the "shameful" moments many of us keep to ourselves.

(Life Kit parenting has done a couple of stories on sex education for a new generation. One for parents of younger children, and another on talking to tweens and teens about sex.) 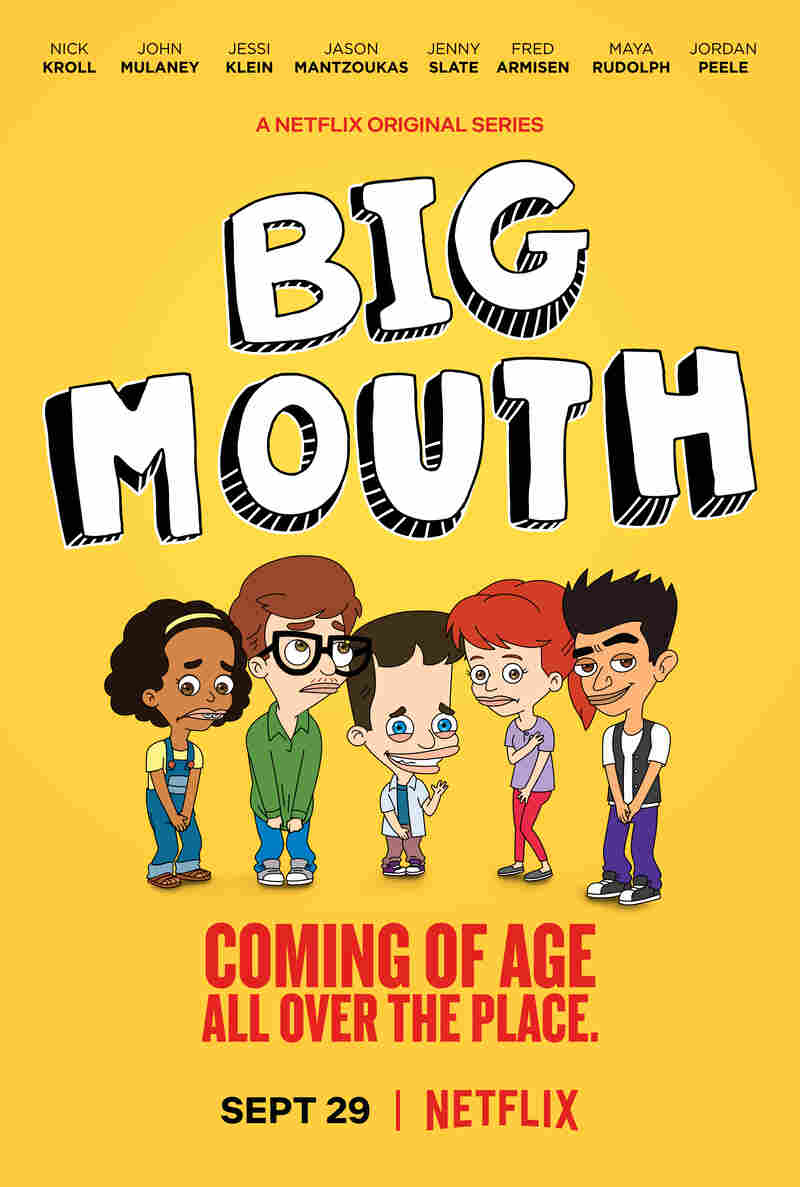 Enlarge this image
Courtesy of Netflix 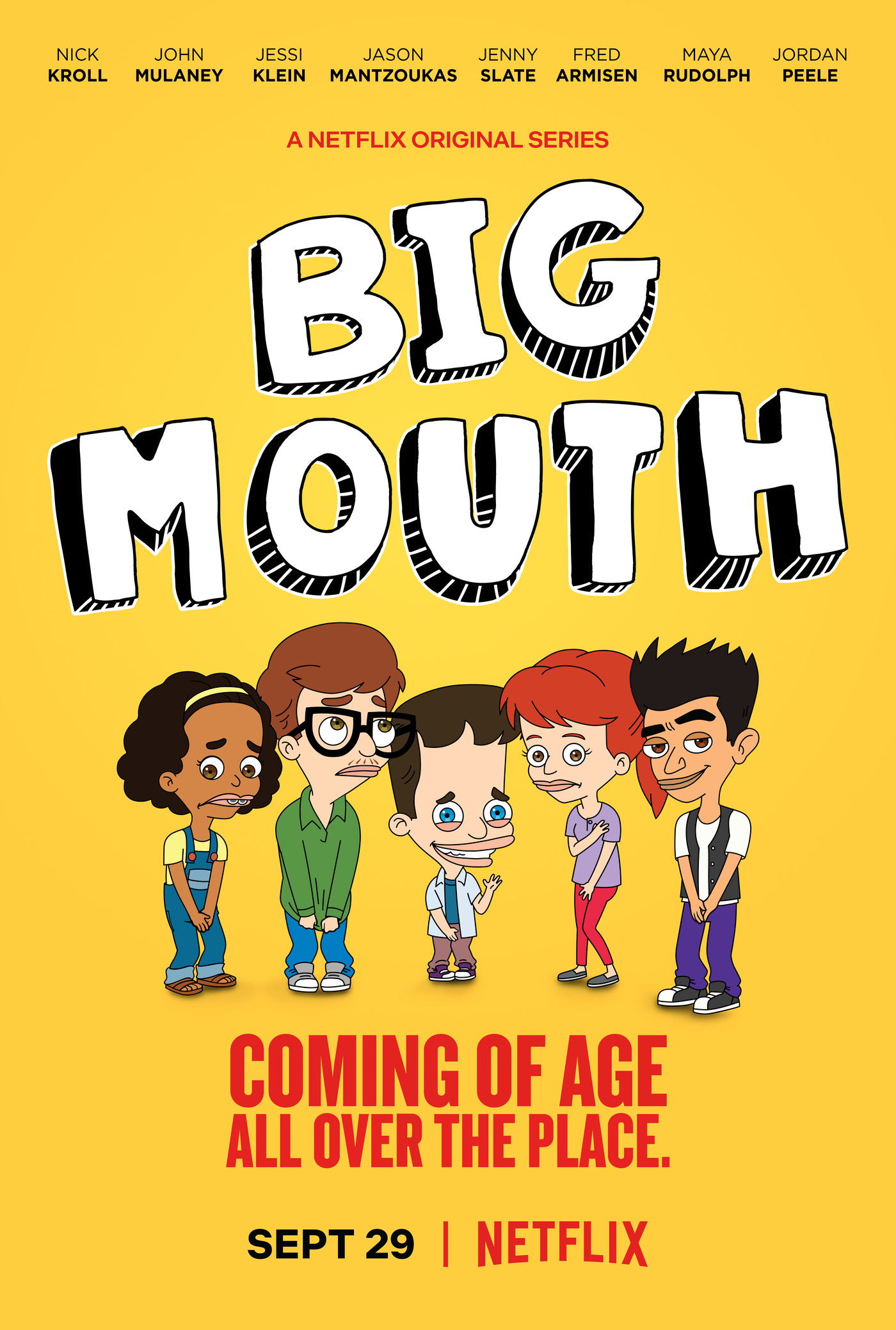 Nick Kroll: Andrew and I have been friends for 35 years. We met in first grade. We were best friends, but we had gone through puberty at very different times. Andrew had facial hair when he was in seventh grade. I was a very late bloomer. I didn't really grow any, like, pubic hair or anything until really high school.

The idea of a show about these two boys who were best friends, who were in very, very, very different places physically in puberty, felt like rich territory. And then we built the show from there.

Are the stories in the show based on your experience?

Kroll: Yes, absolutely. The character of Jessi is based on a friend of ours who we were very close to at that age. And when we told her we were doing the show, she was like, "Do you guys remember how I got my period for the first time on our class trip to the Statue of Liberty?" And we were like, "Oh, man. Oh, my God. We did not know that." We started to realize that, even though this girl was our very, very close friend — we shared a lot — we had no idea that that's what happened to her on that day.

And so many of the stories of puberty are these secrets that we hold inside of us for our whole lives, and this show was an opportunity and a platform to begin to share those secrets and demystify a lot of those largely shameful, embarrassing elements of our lives at that age. 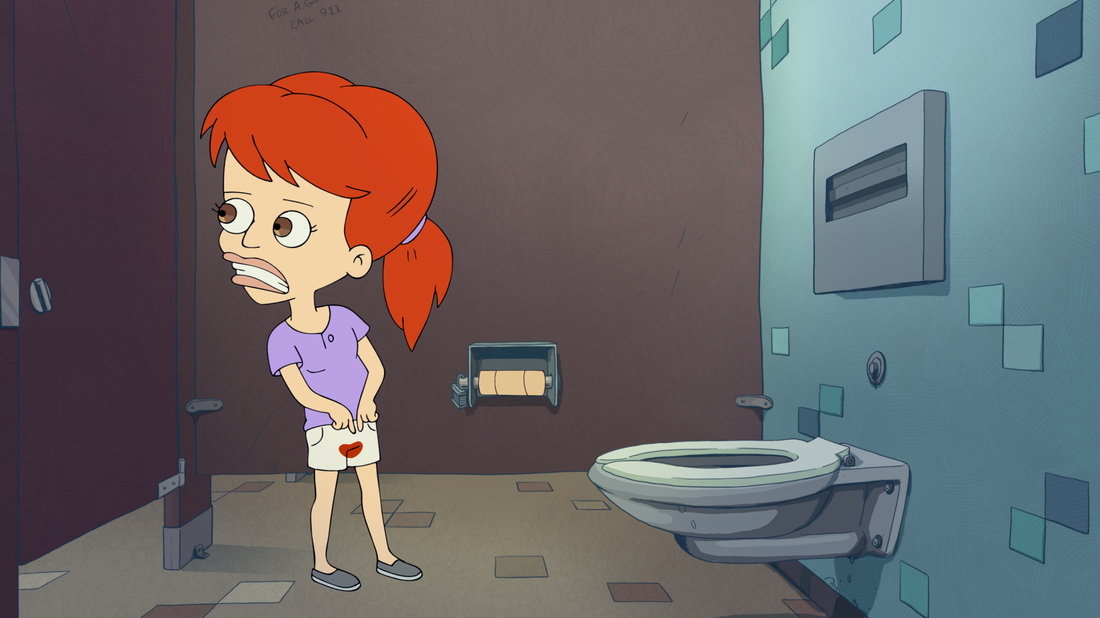 A still from Netflix's Big Mouth, where the character Jessi starts her period for the first time on a field trip to the statue of liberty. Courtesy of Netflix hide caption 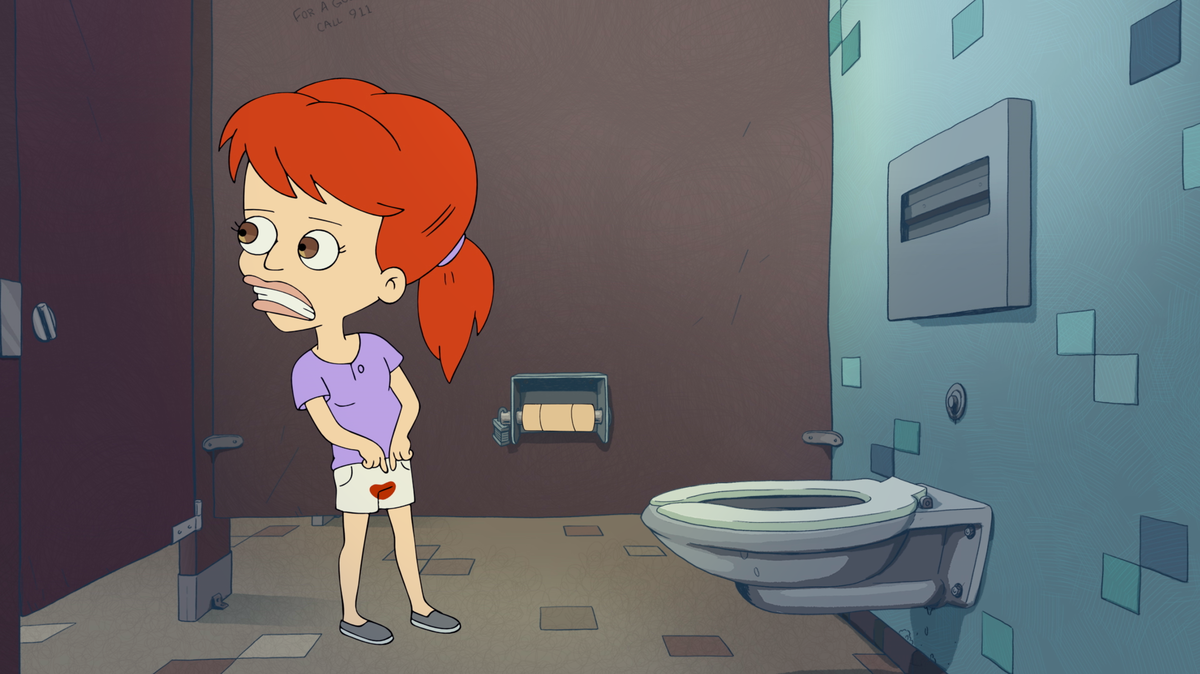 A still from Netflix's Big Mouth, where the character Jessi starts her period for the first time on a field trip to the statue of liberty.

Big Mouth covers so many topics that are mortifying and confusing for adolescents — things that feel difficult to talk about and are often kept private.

Andrew Goldberg: When something is a secret and when something is silent, whether it's intended or not, the implication is that it's shameful. And like with the Shame Wizard in Season 2, you know, one of our real inspirations there was Brené Brown and her books and her talks about how one of the main ingredients of shame is silence.

Because puberty can be awkward or uncomfortable to talk about — it's easier not to talk about — the unspoken implication for kids is that what's happening is gross or wrong or shameful, and it shouldn't be.

What feedback have you gotten from young people and maybe even from parents?

Goldberg: One of my favorite things is when I hear that parents and kids will watch the show, not necessarily together because they don't want to sit next to each other, but that they'll watch it and then have real conversations.

We spoke to a writer recently who is in her 20s and was watching it with her mother, who's in her 60s. They're watching season three, and through Jay's story about being bisexual, she was able to speak with her mother in a more frank way than she ever had before about her own sexual fluidity.

We we get a lot of stories about that — that it's not really teaching people about sex education, but that it's bringing up these discussions about sexuality that might have otherwise been unspoken.

What did you learn about how young women experience or even learn about puberty? How are they different from what you went through and what you knew?

Goldberg: Oh, my God, so much.

Kroll: Last year we were working on a story about tampons and pads, and one of the women brought a tampon into the room and just showed us how it all works. I've seen tampons obviously — in packaging and I've seen them even out of packaging — but I had no real sense of the mechanics, like how an applicator works and what's actually happening. So there's stuff like that.

But then there's also just like periods, how do they feel when they got their first period? What happened? Who did they talk to? Who did they not talk to?

Goldberg: On a story level, it's super educational too. I remember when we were breaking that story about the first period, really feeling like, 'well, once she gets the tampon in, isn't that the end of the story?' And the women on our writing staff being like 'No, that is not the end of the story. She's got to take it out and put another one in. Like she's only half way there.' That kind of change of perspective, where like from my point of view, that's the end. But to women, it was so obvious that that was not the end of the story. 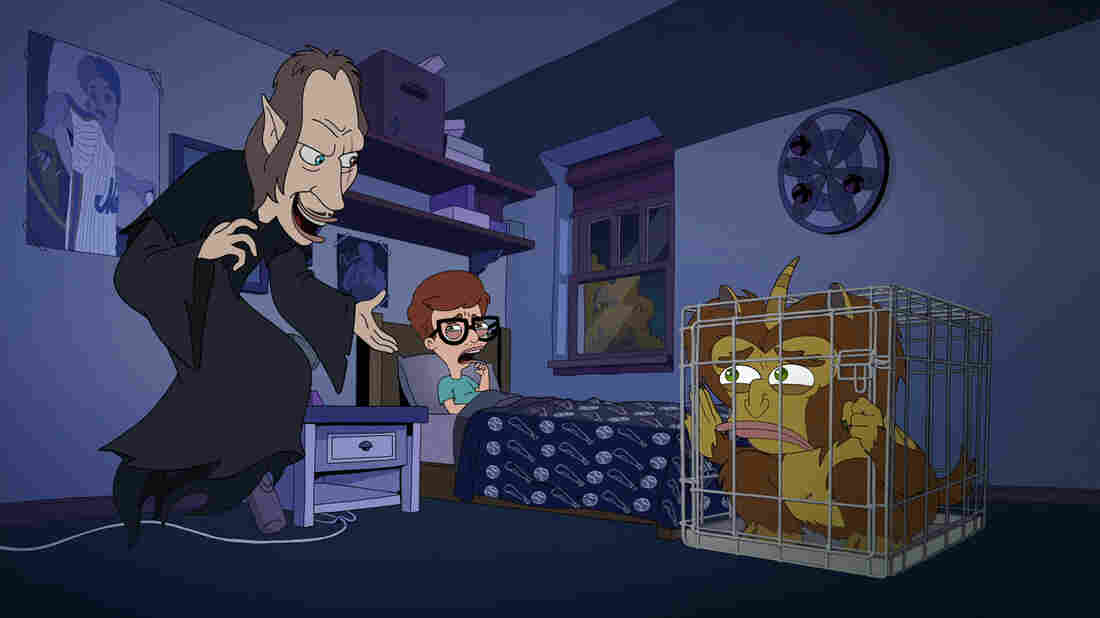 Andrew Glouberman receives a visit from the Shame Wizard, while Maury the hormone monster is locked in a cage at the foot of his bed in a still from an episode of Netflix's Big Mouth. Courtesy of Netflix hide caption 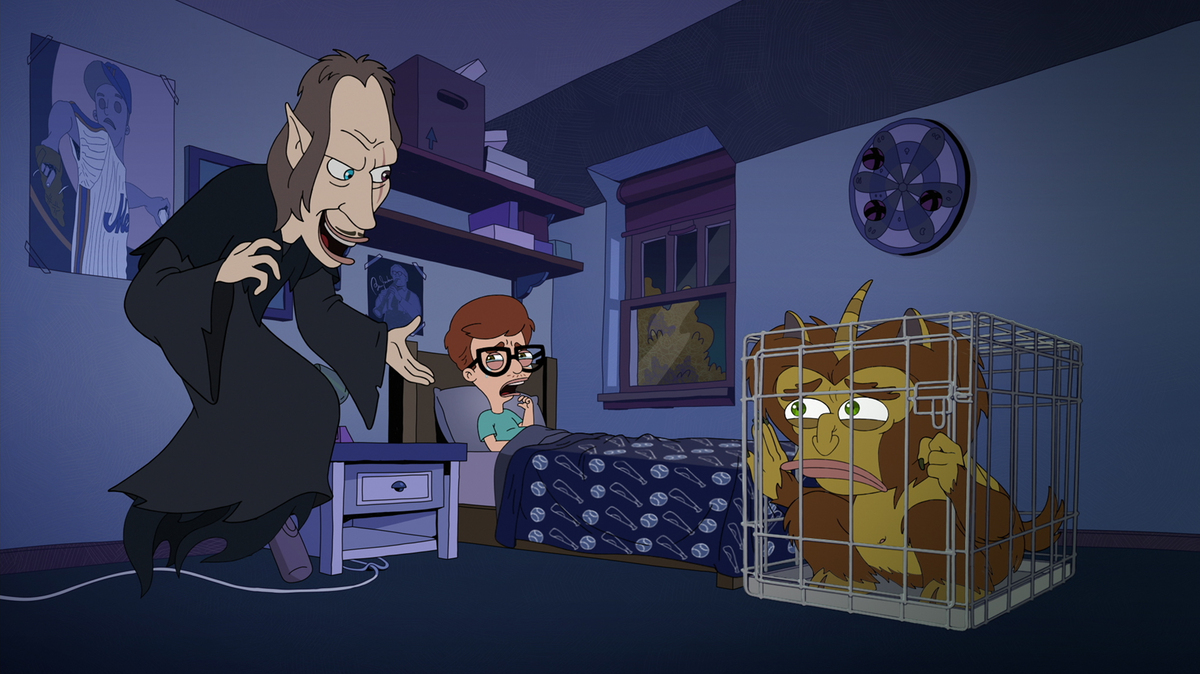 Andrew Glouberman receives a visit from the Shame Wizard, while Maury the hormone monster is locked in a cage at the foot of his bed in a still from an episode of Netflix's Big Mouth.

There's so much empathy in the way that you're talking about this. Do you think it would be good for boys and girls to have this information about each other and not just about themselves?

Goldberg: 100 percent. I think we even touch on it early in the show about the kind of bias about how sex ed is taught. For men, it's about sex, it's about erections and ejaculations. And for women, it's about their menstrual cycle and getting pregnant. And that pleasure element of sex is kind of removed for the female side of sex ed in most cases.

It's a disservice to boys and girls not to create a dialogue about all of this spectrum of feelings, emotions and physical reactions that they're having. We're not looking deep enough into both of these groups to understand that the panoply of things happening to them.

The audio portion of this story was produced by Sylvie Douglis.