Accessibility links
U.S. Supreme Court Allows 'Remain In Mexico' Program To Continue The high court will allow the Trump administration's "Remain in Mexico" policy to stand across the entire southern border. The decision marks another immigration victory for the White House. 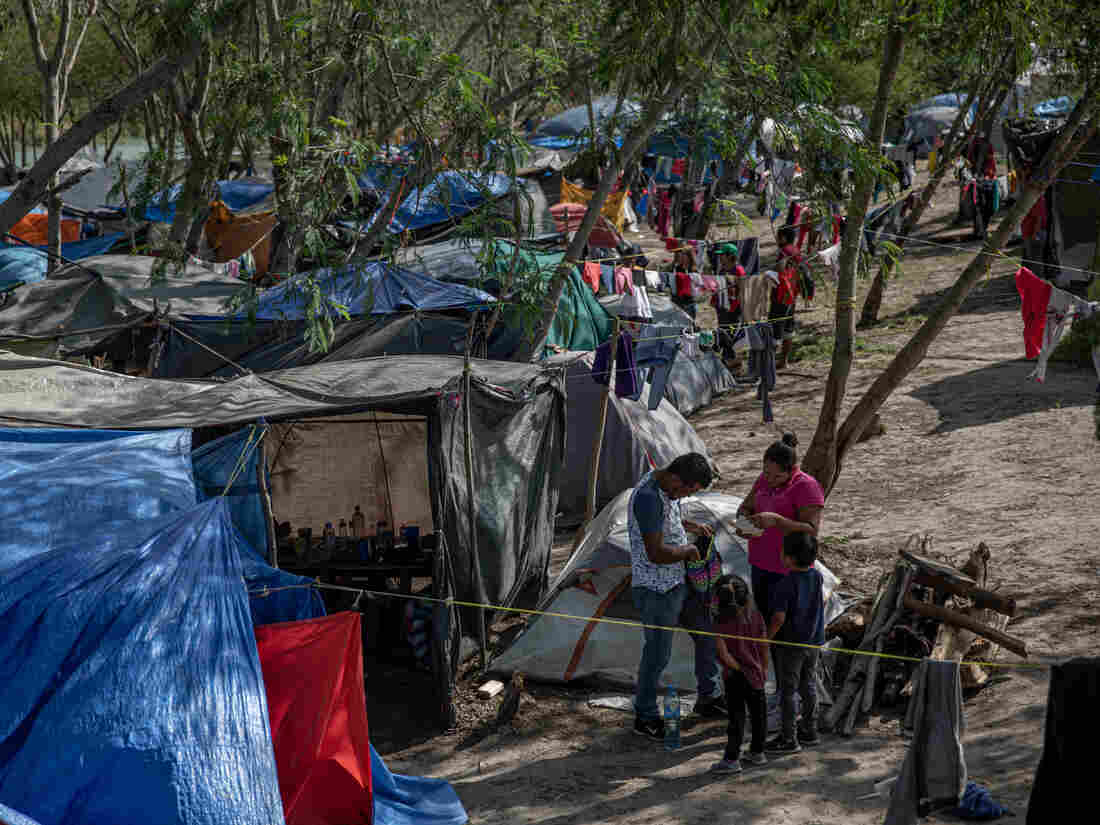 Clothing hangs to dry at a makeshift migrant camp for asylum seekers in Matamoros, Tamaulipas state, Mexico, on earlier this month. About 60,000 migrants live in filthy and dangerous conditions as they await their day in U.S. immigration court. Alejandro Cegarra/Bloomberg via Getty Images hide caption 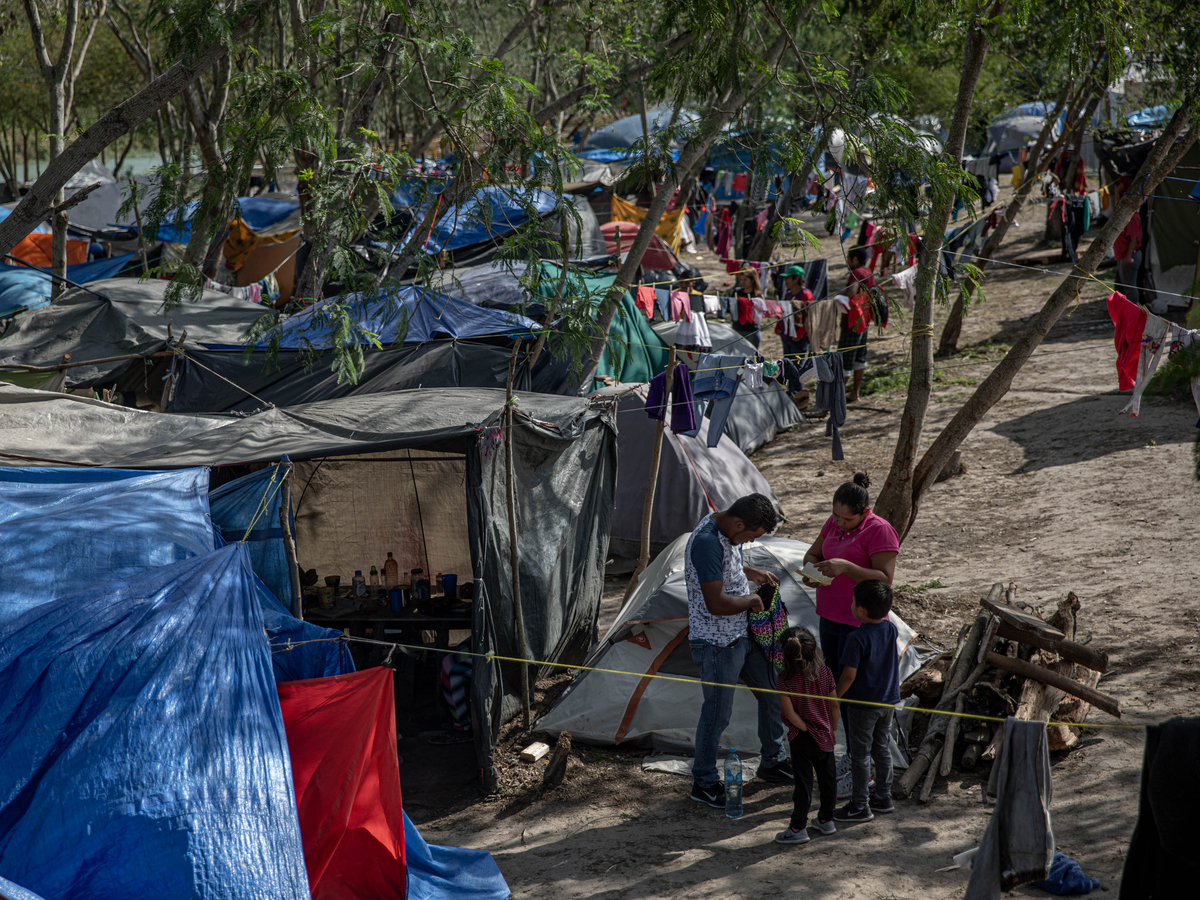 Clothing hangs to dry at a makeshift migrant camp for asylum seekers in Matamoros, Tamaulipas state, Mexico, on earlier this month. About 60,000 migrants live in filthy and dangerous conditions as they await their day in U.S. immigration court.

The U.S. Supreme Court delivered the Trump administration another win on one of its signature immigration policies on Wednesday, allowing it to continue the controversial "Remain in Mexico" policy across the entire southern border.

The policy, officially called the Migrant Protection Protocols, requires asylum seekers to wait in Mexico for their day in U.S. immigration court. That has led to roughly 60,000 migrants getting sent back across the border since MPP was first implemented in January 2019. As of now, tens of thousands are still stuck in that country, often living in filthy and dangerous conditions.

The Supreme Court has yet to make a final ruling on the legality of the MPP program itself.

The Ninth Circuit Court of Appeals in California briefly had blocked the policy last month, finding that it violates federal law, before staying its own ruling.

But the appeals court later issued a new order, blocking the policy in just two border states — California and Arizona. That was supposed to go into effect on Thursday. But the Supreme Court's decision puts an end to that while lawsuits make their way through the federal court system.

Officials credit MPP as a "game-changer" in alleviating what they called a "mass migration crisis."

In court, the Justice Department argued an injunction on the policy would create chaos along the southern border, prompting a rush by migrants into the country that would put American citizens at risk.

The White House press secretary released a statement calling the order "a major victory for the Trump Administration" and "has prevented dangerous chaos at the southern border, avoided a significant escalation in public health threats, and mitigated damage to foreign relations."

"Open borders do not serve the American public, and we will always strongly enforce the laws at our borders and airports," the statement said.

Meanwhile, immigrant advocates say it puts migrants in unnecessary danger by forcing them to wait in dangerous conditions on the Mexican border, in cities such as Tijuana, Juárez, Nuevo Laredo and Matamoros.

"The Court of Appeals unequivocally declared this policy to be illegal. The Supreme Court should as well," said Judy Rabinovitz, special counsel in the American Civil Liberties Union's Immigrants' Rights Project.

Judges from the Ninth Circuit Court agreed that MPP likely violated federal "non-refoulement" obligations under international and domestic laws, which prohibits the government from returning people to a country where they would face persecution or torture.