Accessibility links
U.S. Soccer Suffers Backlash After Comparing Skill Of Men, Women Players The original statements were filed this week in a lawsuit brought by members of the U.S. Women's National Team demanding pay equal to that of their counterparts on the men's national soccer team. 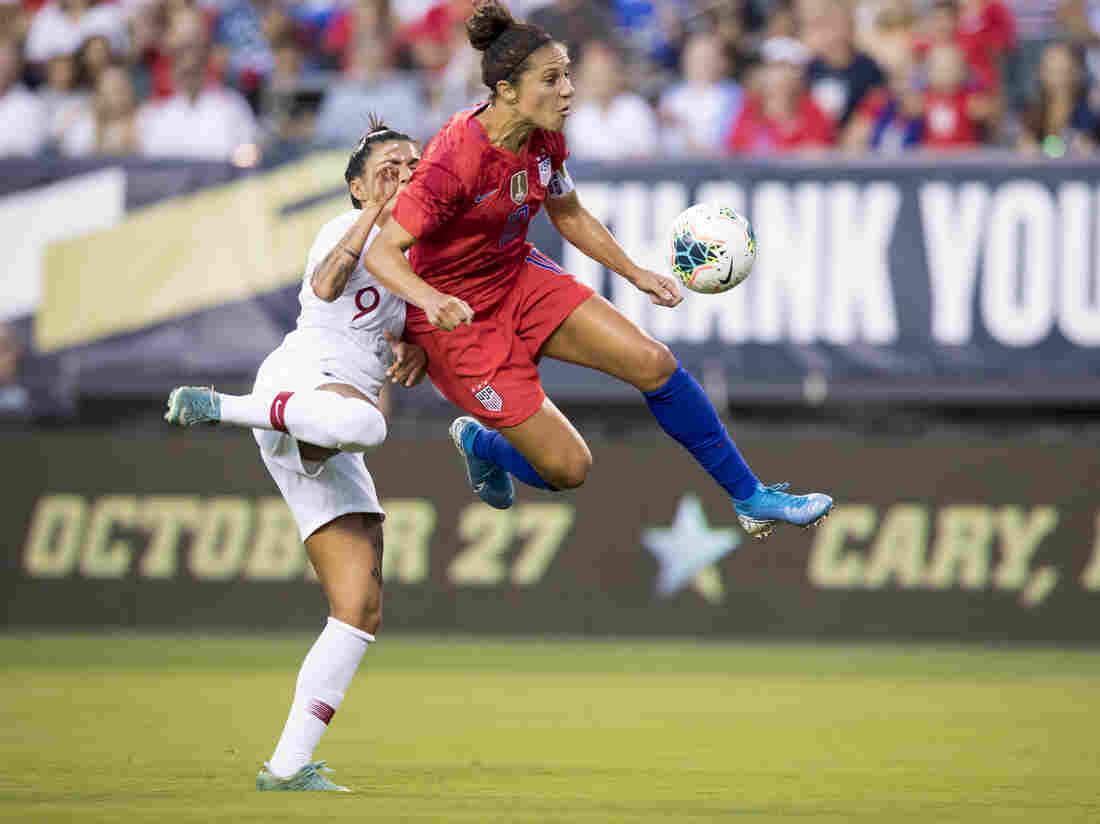 Carli Lloyd (right) of United States looks for the shot on goal during a match between the U.S. and Portugal in Philadelphia in August. Ira L. Black /Corbis via Getty Images hide caption 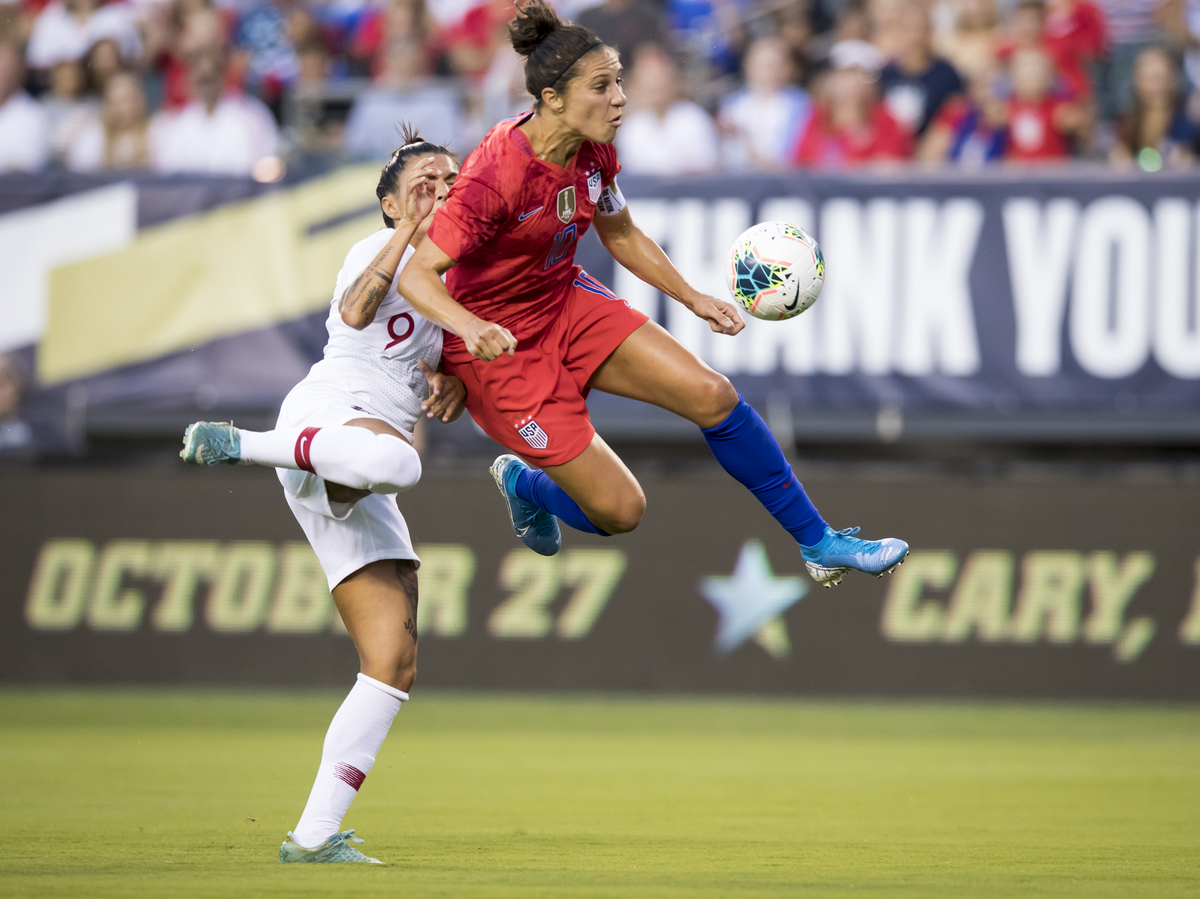 Carli Lloyd (right) of United States looks for the shot on goal during a match between the U.S. and Portugal in Philadelphia in August.

The U.S. Soccer Federation apologized Wednesday after a backlash against statements in court documents this week that players on the men's national team possess greater skill and have more demanding jobs than their female counterparts.

The soccer federation made the claims in hopes of convincing a federal court in California to dismiss a discrimination lawsuit filed by members of the 2019 World Cup championship team.

Later U.S. Soccer President Carlos Cordeiro apologized for "the offense and pain caused by language in this week's court filing, which did not reflect the values of our Federation or our tremendous admiration of our Women's National Team. Our WNT players are incredibly talented and work tirelessly, as they have demonstrated time and again from their Olympic Gold medals to their World Cup titles."

He said the federation would defend against the lawsuit "with the utmost respect not only for our Women's National Team players but for all female athletes around the world. As we do, we will continue to work to resolve this suit in the best interest of everyone involved."

One of the team's stars Megan Rapinoe brushed off the statement. "We don't buy it. That wasn't for us at all. That was for everybody else." She said the court filing sounded "pretty similar to what we've heard before. ... Every negotiation we have, those undertones are there, that we're lesser."

The women's team is suing its employer U.S. Soccer, alleging pay discrimination and violations of both the Equal Pay Act and Title VII of the Civil Rights Act. Team members are seeking $67 million. U.S. Soccer is asking the court to dismiss the case.

Coca-Cola, one of the sport's largest sponsors, blasted U.S. Soccer calling the comments "unacceptable and offensive" and is calling for a meeting on the matter.

"We are extremely disappointed with the unacceptable and offensive comments made by US Soccer," said Kate Hartman, Coca-Cola group director for global brand public relations in a statement.

"We have asked to meet with them immediately to express our concerns. The Coca-Cola Company is firm in its commitment to gender equality, fairness and women's empowerment in the United States and around the world and we expect the same from our partners."

Another argument U.S. Soccer made in disputing the lawsuit is that in recent years the men have attracted higher TV ratings than the women's matches.

The next hearing in the case is scheduled for March 30 in the U.S. District Court for the Central District of California. The case is set to go to trial in early May.

The team played Wednesday evening in Frisco, Texas, as part of the SheBelieves Cup invitational tournament, facing off against Japan.

The team was 2-0 after defeating England and Spain in earlier group stage rounds.

The U.S. Women's National Team has already qualified for the 2020 Olympics this summer.

Should the women win in Japan later this year, it will make four out of the last five Olympics where the U.S. Women's team has won gold.