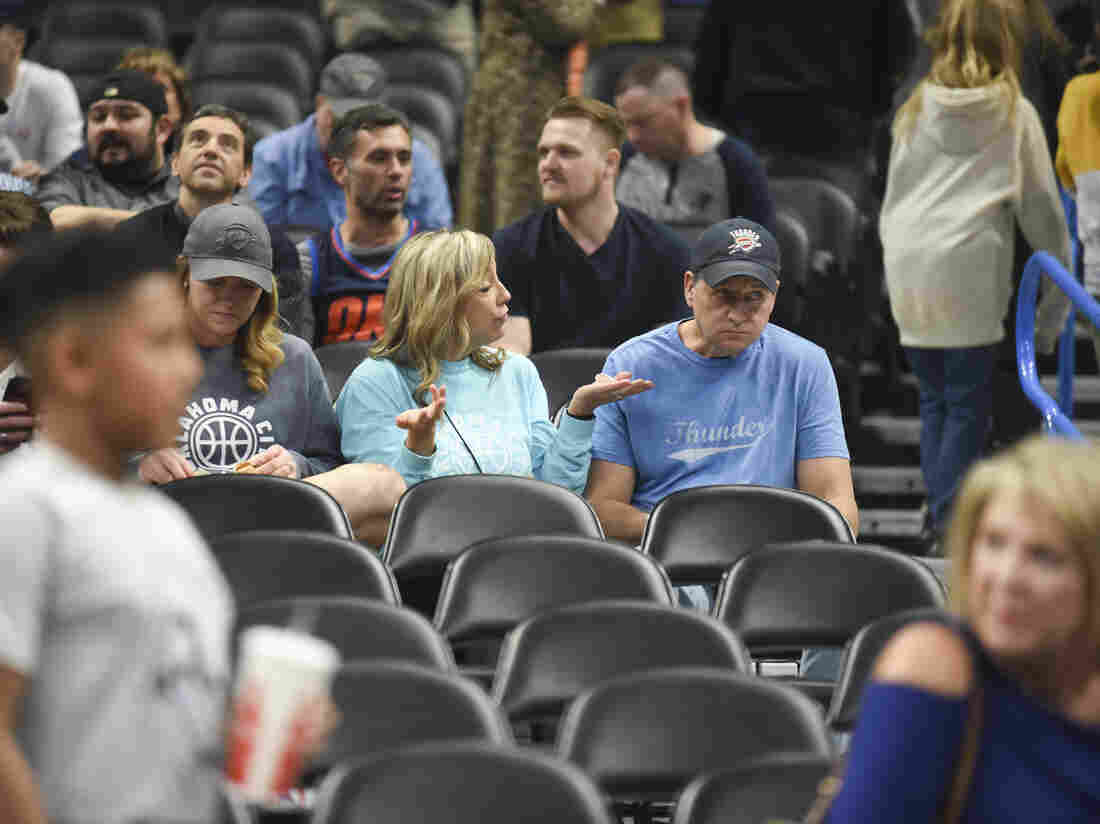 Basketball fans react after it is announced that an NBA basketball game between Oklahoma City Thunder and Utah Jazz in Oklahoma City has been postponed on Wednesday, March 11. Kyle Phillips/AP hide caption 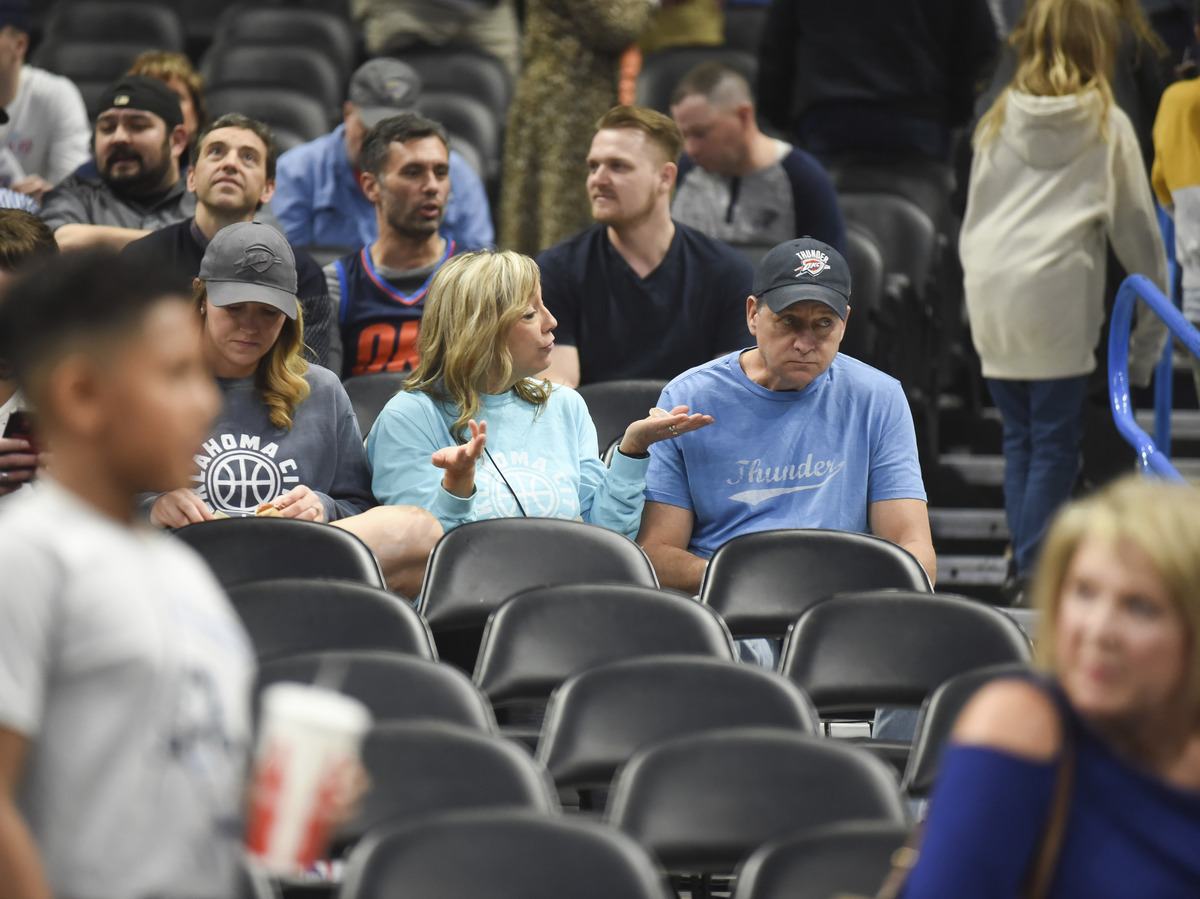 Basketball fans react after it is announced that an NBA basketball game between Oklahoma City Thunder and Utah Jazz in Oklahoma City has been postponed on Wednesday, March 11.

The NBA suspended its season Wednesday after a player on the Utah Jazz preliminarily tested positive for the coronavirus. The team announced Thursday that after testing the entire traveling team in follow-up, a second player has tested positive.

In a statement, the NBA said the initial positive test result came just before the tip-off of Wednesday's game between the Jazz and the Oklahoma City Thunder. The league says the player was not in the arena and the game was then canceled.

The Utah Jazz says the player (identified by multiple media outlets as Rudy Gobert) tested negative for the flu, strep throat and an upper respiratory infection. "The individual's symptoms diminished over the course of today, however, in a precautionary measure, and in consultation and cooperation with NBA medical staff and Oklahoma health officials, the decision was made to test for COVID-19."

The NBA suspended all play at the conclusion of the game between the Dallas Mavericks and Denver Nuggets. Mavericks owner Mark Cuban was at the game and visibly shocked when he learned the news.

Speaking with ESPN, Cuban said when he learned that the season was being called off, he thought, "This is crazy. This can't be true."

"I mean, it's not within the realm of possibilities. This seems more like out of [a] movie than reality," he told the network.

"It's really not about basketball or money," he said. "[If] this thing is just exploding to the point where all of a sudden players and others have had it, you think about your family," he said, adding, "Now, it's just more personal."

Mavericks fan Jason Kilgore told member station KERA in Dallas that he's disappointed. "I think it's a sad, sad day in the NBA. You know, we've been here for the last five hours – I hadn't seen anybody with coronavirus," he said.

But another fan, Vincent Domenech, echoed Cuban's sentiment: "Step up your life skills because you gotta prepare for whatever. Basketball's honestly not even really in the picture. I mean, let's be real."

Another game, between the New Orleans Pelicans and the Sacramento Kings, was also postponed just before tip-off. Some fans booed as it was announced.

The league says it will use the hiatus to determine "next steps" for moving forward in regard to the coronavirus pandemic.

The news came the same day as the NCAA announced an unprecedented move to bar college basketball fans from attending the upcoming men's and women's Division I tournaments. "This decision is in the best interest of public health, including that of coaches, administrators, fans and, most importantly, our student-athletes," said NCAA president Mark Emmert.

Sports leagues are under increasing pressure to ban spectators or cancel games altogether. Health experts say one way coronavirus moves is from person to person and particularly when people are close together for extended periods of time. This "community spreading" has ratcheted up the number of cases in the U.S.