Accessibility links
Review: A Sobering Choice In 'Never Rarely Sometimes Always' Writer-director Eliza Hittman's tale of a traumatized teen (Sidney Flanigan), who travels to New York for an abortion is best when it hews closest to her point-of-view. 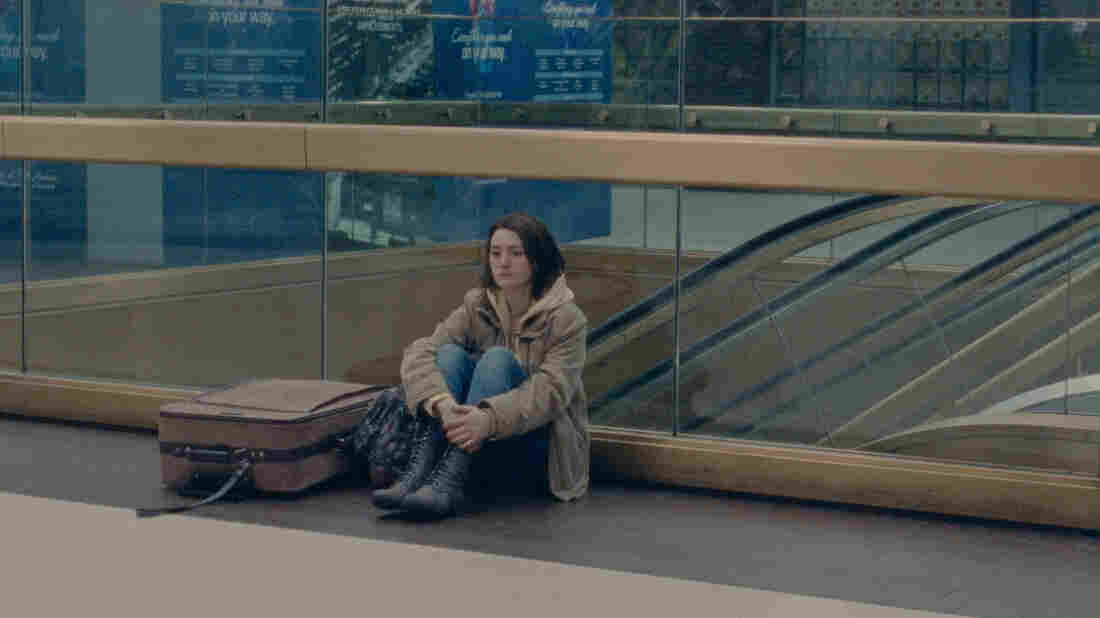 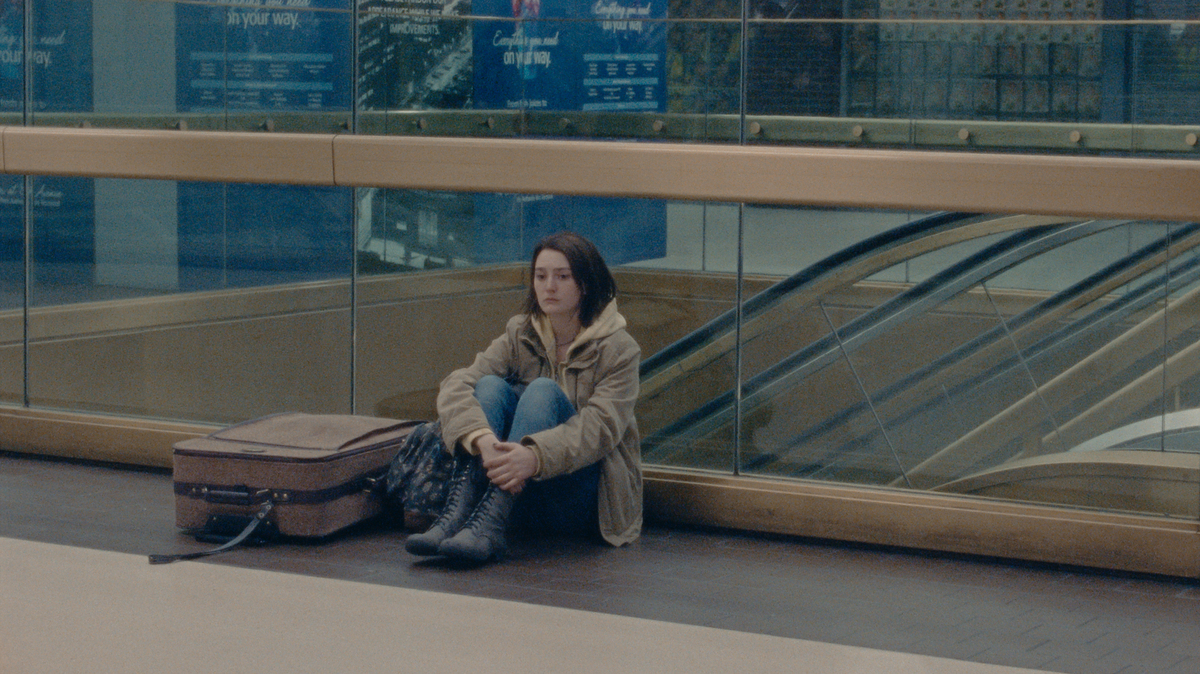 Late in Eliza Hittman's Never Rarely Sometimes Always, 17-year-old Autumn (Sidney Flanigan), who is pregnant and in all kinds of trouble, calls her mother from a public bathroom far from her Pennsylvania coal-town home. Her mother asks where she is in a quavering child's voice. After a pause Autumn hangs up, inspects herself in the bathroom mirror, and squares her shoulders.

If you saw Hittman's It Felt Like Love (2013) or her Beach Rats (2017), you'll know that the writer-director has little use for exposition. Her scripts are as spare as her soundtracks, so we can't be sure whether this is a coming-of-age moment for Autumn. To the extent that Never Rarely Sometimes Always (the title is drawn from a standard questionnaire administered by abortion providers) is a social issue movie, it's "about" reproductive rights in the same way that the formally similar recent film The Assistant is "about" sexual assault. Meaning that Hittman attends with near-reverent care to the subjective experience of a traumatized soul who's struggling to take charge of her own destiny. An exacting but artfully suggestive realist, the director offers many mirror shots of Autumn to let us into the interior life of a proud, obstinate young woman confronting a neglectful or hostile adult world.

Flanigan, a Buffalo musician in her first acting role, serves up a held-in Autumn whose dull eyes and sullen glower barely conceal the tumult seething inside her. Certain that she wants to terminate her pregnancy but lacking support and money, she turns to a testing clinic that turns out to be an anti-abortion center where, through ineptitude or ulterior motive, she is fed inaccurate information about how far along she is.

Tagging along behind her devoted cousin Skylar (Talia Ryder), Autumn heads for New York City, where the camera holds tight on the two girls as they stumble through numerous obstacles in search of safety and self-definition.

Where Skylar is practical and fun-loving, Autumn is introverted, intense, socially unskilled. Hittman is powerfully attuned to the unquestioning solidarity and indomitable moxie of teenaged girls, the wordless ways in which they fight and make up — quite literally in fact, when, after a quarrel, Skylar applies concealer under her cousin's eyes. Without a word of apology or defensive self-justification, the two are good to go even though they have nowhere to spend the night.

Yet Never Rarely also made me wonder how neo-realism can tip over into partisan over-determinism, distortion, or plain miserabilism? Riveting when it stays within Autumn's point of view, the film wields a heavy hand with the bigger picture of family, authority and most of all, men-in-general. The pro-lifers are soft-spoken liars, the abortion clinic staff uniformly kind and sensitive. Autumn's mother, played with hauntingly ineffectual anxiety by singer-songwriter Sharon Van Etten, is a cipher, pathetically dependent on her boor of a husband (Ryan Eggold), who is not Autumn's father in any sense and is one of several suspects in her pregnancy.

Hittman's films are littered with hopelessly checked-out parents, crudely drawn figures of authority who are either all friend or all enemy, savagely predatory men. While Autumn might be forgiven for viewing the outside world through this jaundiced prism, I'm not sure Hittman can. Her legitimate subject is the hair-raising vulnerability — and robust fortitude — of young women today. But she tends to put the entire male species on trial and have them come up wanting.

As a parent and teacher as well as a critic, it worries me when a young woman filmmaker paints a landscape peopled (unless you count the beleaguered gay teen in Beach Rats) by woman-hating men. The closest to a decent male in Autumn's orbit is the harmlessly horny young doofus (a very good Théodore Pellerin) who has his eye on pretty Skylar. Watching Never, Rarely, Sometimes, Always, I was reminded of a young stranger who, when my own daughter had had too much to drink at a bar, put her and her best friend in his car and dropped them safely off at our home.

So, you know: sometimes.