Accessibility links
Bernie Sanders Offers Joe Biden A Path To Party Unity Joe Biden invited his opponent's supporters to join him. Bernie Sanders responded with a road map and challenge for the front-runner to meet at the next debate. 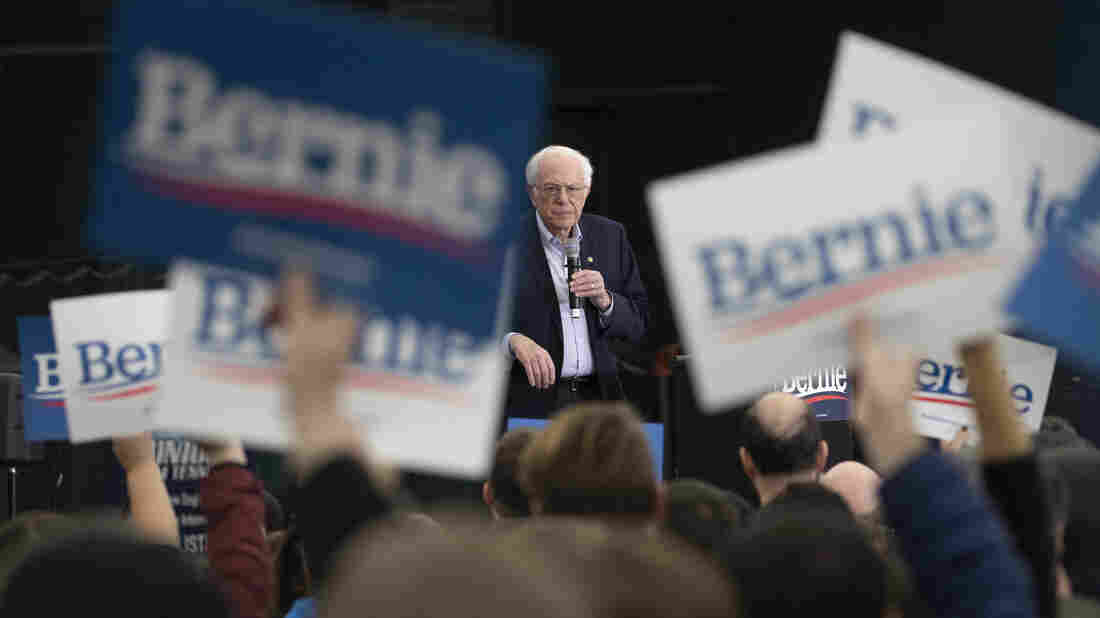 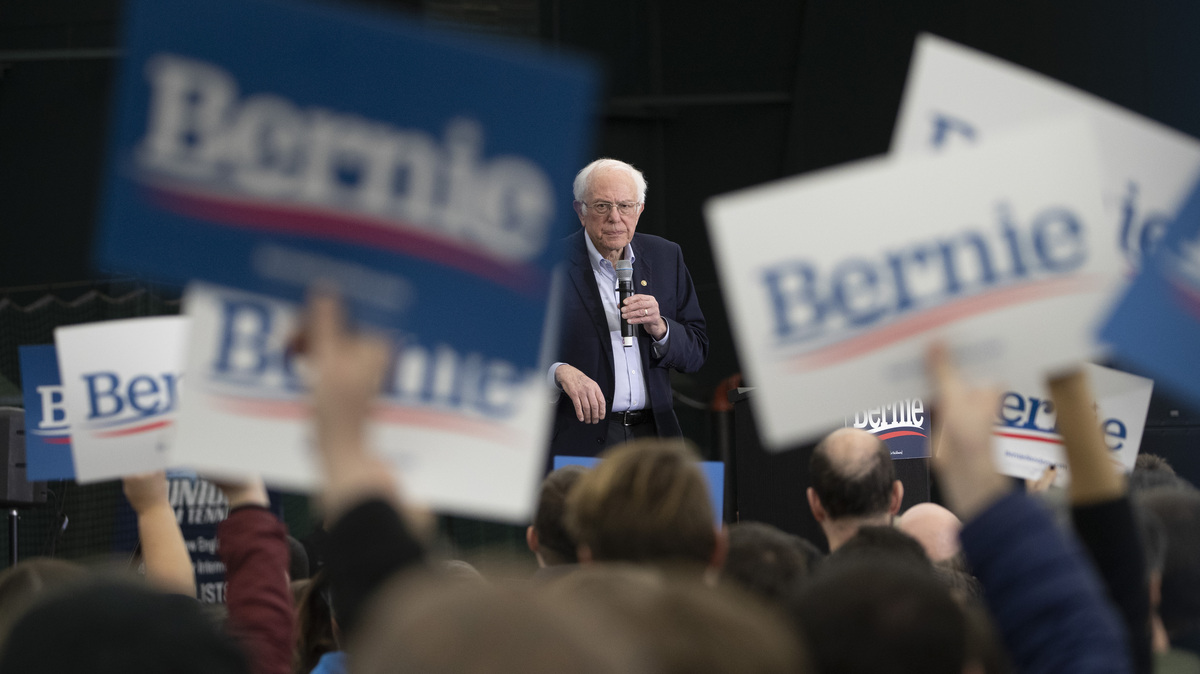 Bernie Sanders is staying in the race for president, but he made it obvious on Wednesday that he sees Joe Biden's clear path to the nomination.

"While our campaign has won the ideological debate, we are losing the debate over electability," Sanders said. The recent underdog added that he disagrees that Biden is the stronger candidate to take on President Trump, "but that is what millions of Democrats and independents today believe."

To date, the former vice president has won 15 states, while the Vermont senator has won or led the popular vote in eight. Biden currently has a delegate lead of around 150, with a favorable map of states ahead.

Sanders has acknowledged that the movement he promised to deliver him the nomination is not showing up in big enough numbers. But he's warning Democrats not to write off the strongest parts of his coalition — young voters and Latinos, particularly emphasizing the former on Wednesday: "We are winning the generational debate."

"Today, I say to the Democratic establishment, in order to win in the future, you need to win the voters who represent the future of our country," Sanders said. "And you must speak to the issues of concern to them."

Sanders promised to show up at the debate on Sunday in Arizona to face Biden one-on-one, and basically offered him a cheat sheet: "Let me be very frank as to the questions that I will be asking Joe."

So why tip Biden off to how you're going to challenge him on Sunday? Maybe Bernie Sanders wants Joe Biden to succeed.

Sanders continues to say that he likes Biden and that defeating Trump is the most important thing this year. Sanders has pledged unequivocally to support his opponent if he himself loses the nomination, something he has done more vigorously and more often than he did in 2016. Despite disparaging the party, and though some of his supporters often get into vitriolic arguments, particularly online, Sanders is clear that he does not want to hand the election to Republicans.

Given the strong numbers Biden put up with African American voters and white, non-college men in Michigan — much stronger than Hillary Clinton four years ago — he would perhaps not need Sanders' movement to overcome the small margins Trump won by in the Midwest.

But Biden opened the door in his own speech on Tuesday night.

"I want to thank Bernie Sanders and his supporters for their tireless energy and their passion. We share a common goal," Biden said. "And together, we'll defeat Donald Trump." He then reiterated, "We'll defeat him together."

And on Wednesday, it seemed as though Sanders was at least in part responding to that call, essentially laying down for Biden a challenge and a road map to secure his support and extend a winning coalition to the left.

Some of what Sanders dared Biden on wasn't too challenging. He asked Biden, "Are you really going to veto a 'Medicare for All' bill, if it is passed in Congress?"

The qualifier is an easy out for Biden. If Sanders' single-payer, "Medicare for All" system passed Congress, that would mean the political winds had shifted dramatically — that at least some Republicans and moderate Democrats who opposed that plan came on board, because their constituents were also on board. That's an unlikely reality in 2021 if Biden were the new president.

But on the other issues, Sanders is asking Biden to show at the debate on Sunday that he simply gets the message. And it was telling that Sanders was offering this detailed warning to the Democratic establishment for the future, beyond 2020.

The Vermont senator — who remains a registered independent, and who is often accused of wanting to burn the Democratic Party down — was instead offering advice. Sanders seemed to indicate that as he sees the presidential nomination slipping away, he wants the party to thrive by addressing the issues he cares about the most.

Sanders is not conceding. He'll be at the next debate and in the next contests. His allies say a good debate and a Biden gaffe could turn the tide, and Biden doesn't yet have even half the delegates he needs to secure the Democratic nomination.

But given the big losses this week, the question for Sanders had been: What is he going to do? Now he may have put the ball back in Biden's court: If he's running away with the nomination, what is the front-runner going to do if he wants to bring Sanders along and unify the party more quickly?