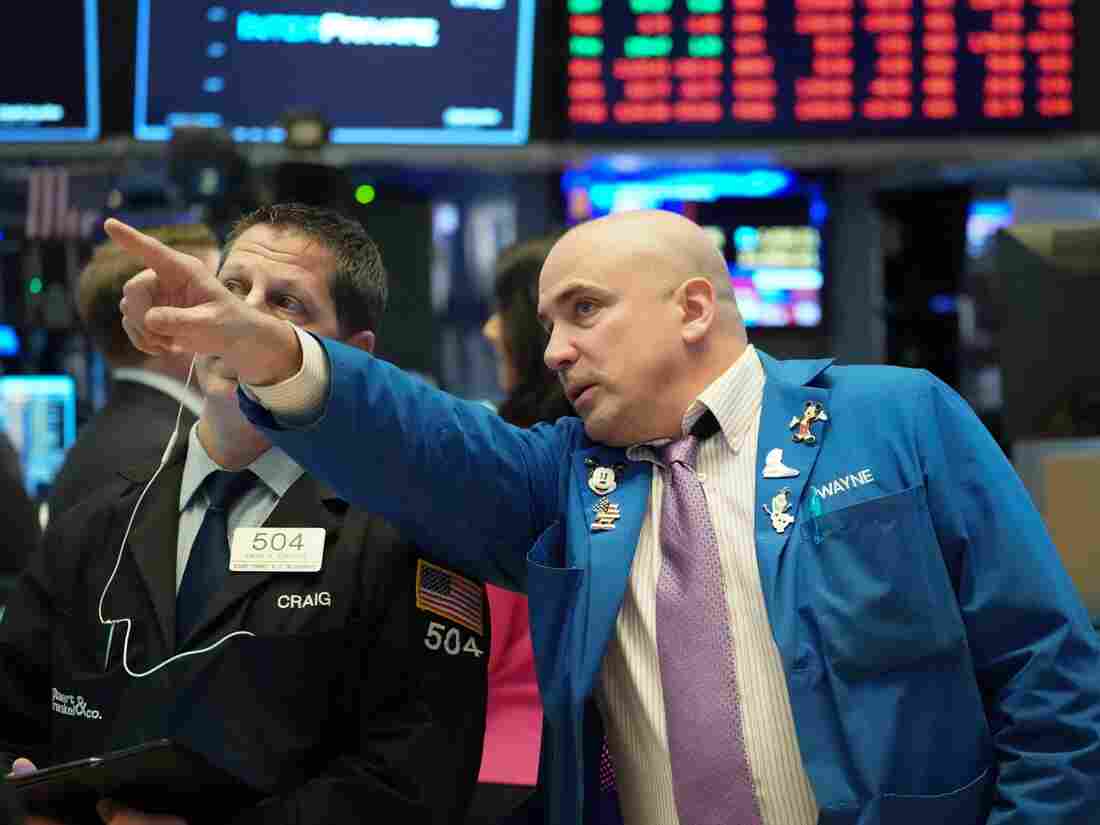 After weeks of turmoil over the economic toll of the coronavirus, U.S. stock indexes entered a bear market, signaling an end to their 11-year winning streak. Bryan R. Smith/AFP via Getty Images hide caption 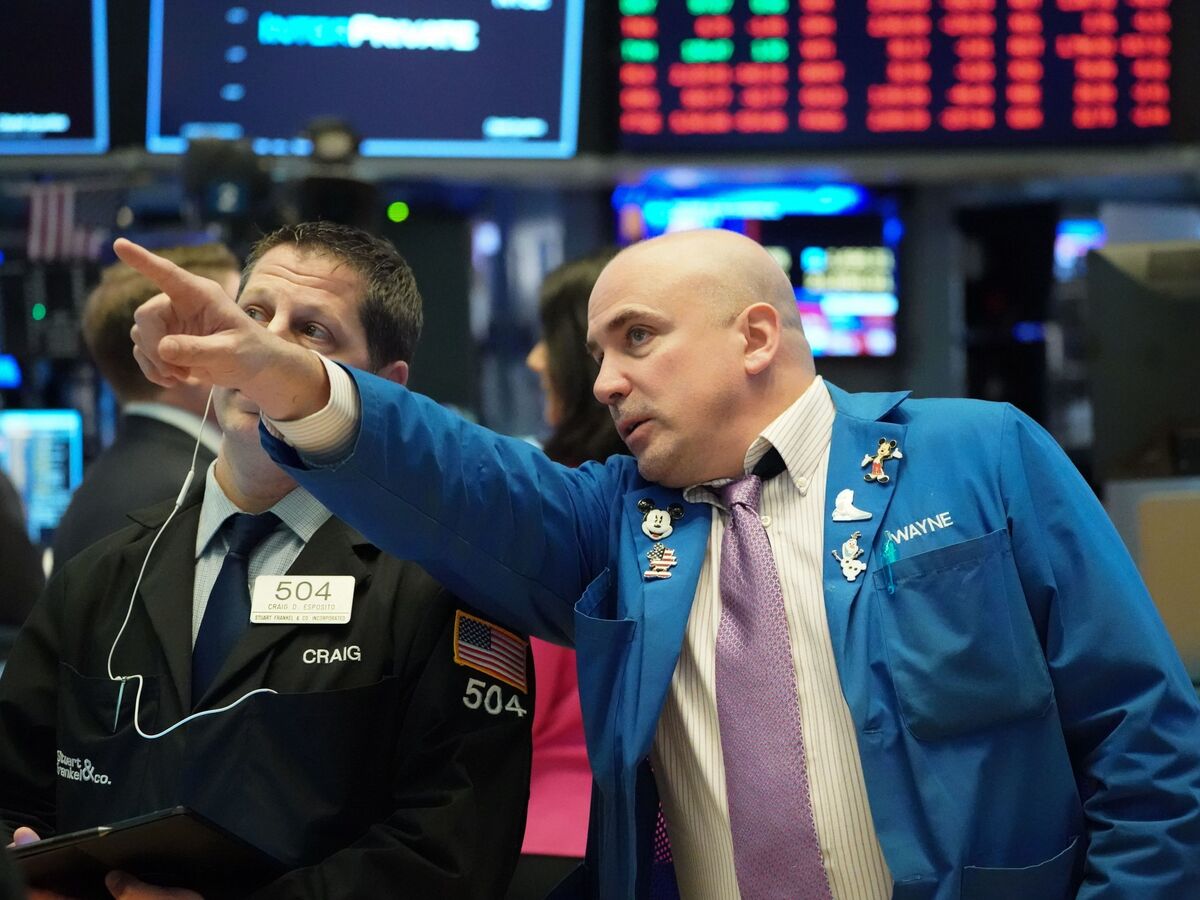 After weeks of turmoil over the economic toll of the coronavirus, U.S. stock indexes entered a bear market, signaling an end to their 11-year winning streak.

The stock market has suffered a relentless, breathtaking drop — moving deeper into bear territory. Stocks fell so fast Thursday morning that it triggered a 15-minute halt in trading for the second time this week.

Those indexes are now down at least 27% from record highs set just last month. The Dow is now down nearly 8,400 points from its peak on Feb. 12.

Thursday's stock market drop followed a nearly 6% plunge in the Dow on Wednesday, when the blue chip index entered a bear market, defined as falling 20% from its peak. The S&P 500 is now also in a bear market, ending an 11-year winning streak.

The market tumble came after President Trump announced a 30-day travel ban on visitors from European countries (not including the United Kingdom) to the United States.

Trump said it was an effort to stem the spread of the coronavirus, but the move caused confusion on both sides of the Atlantic and drew skepticism from several health experts. And it was also another blow to airlines, hotels and tourist attractions that have already taken a beating.

In remarks to reporters, Trump tried to calm markets, predicting stocks would eventually bounce back.

The Federal Reserve moved aggressively to try to calm investors rattled by the global coronavirus pandemic, but then the market slide continued. The New York Fed said it would pump $1.5 trillion into short-term funding markets over the next two days.

"These changes are being made to address highly unusual disruptions in Treasury financing markets associated with the coronavirus outbreak," the New York Fed said.

Last week, the Fed cut interest rates by half a percentage point in an emergency move. Some analysts expect the central bank to cut rates again at its March 18 meeting, if not sooner. Those rates affect the cost of borrowing on everything from credit cards to auto loans.

In addition to the travel ban, Trump also announced measures to overcome "temporary economic disruptions" caused by the COVID-19 disease. The proposals include a $50 billion program to provide low-interest loans to small businesses affected by the coronavirus.

The coronavirus pandemic has had far-reaching and quickly developing economic impacts.

Thursday morning, Princess Cruises, which has had several ships hit by coronavirus outbreaks, announced that it will pause operations of its 18 cruise ships globally for 60 days. The move is in response "to the unpredictable circumstances evolving from the global spread of COVID-19," the company said.

The airline industry has also been hard hit by travel cancellations and travel restrictions. "I would say we're in the middle of a very significant impact, some would say devastating impact, to the airline industry," JetBlue CEO Robin Hayes told NPR.

The NBA suspended the rest of its season after a player on the Utah Jazz preliminarily tested positive for the coronavirus. Major League Baseball canceled the remainder of spring training and said it would delay the start of the regular season by at least two weeks. The National Hockey League also announced a "pause" in its season. And the NCAA canceled its Division I men's and women's college basketball tournaments, known as March Madness.

In New York, Broadway theaters were shut down after Gov. Andrew Cuomo announced restrictions on gatherings of more than 500 people.

The European Central Bank announced a series of stimulus measures to help banks and other businesses. But unlike the Federal Reserve and the Bank of England, the ECB failed to cut interest rates.

"The spread of the coronavirus has been a major shock to the growth prospects of the global economy and the euro area economy, and it has heightened market volatility," ECB President Christine Lagarde told a news conference, according to Reuters.