Accessibility links
Trump Ban On Travel Over Coronavirus: What You Need To Know President Trump announced a ban on foreign nationals entering the United States. American citizens and permanent residents returning from a select list of countries are exempt from the restrictions.

Coronavirus FAQ: The U.S. Ban On Travel From Europe, Explained

Coronavirus FAQ: The U.S. Ban On Travel From Europe, Explained 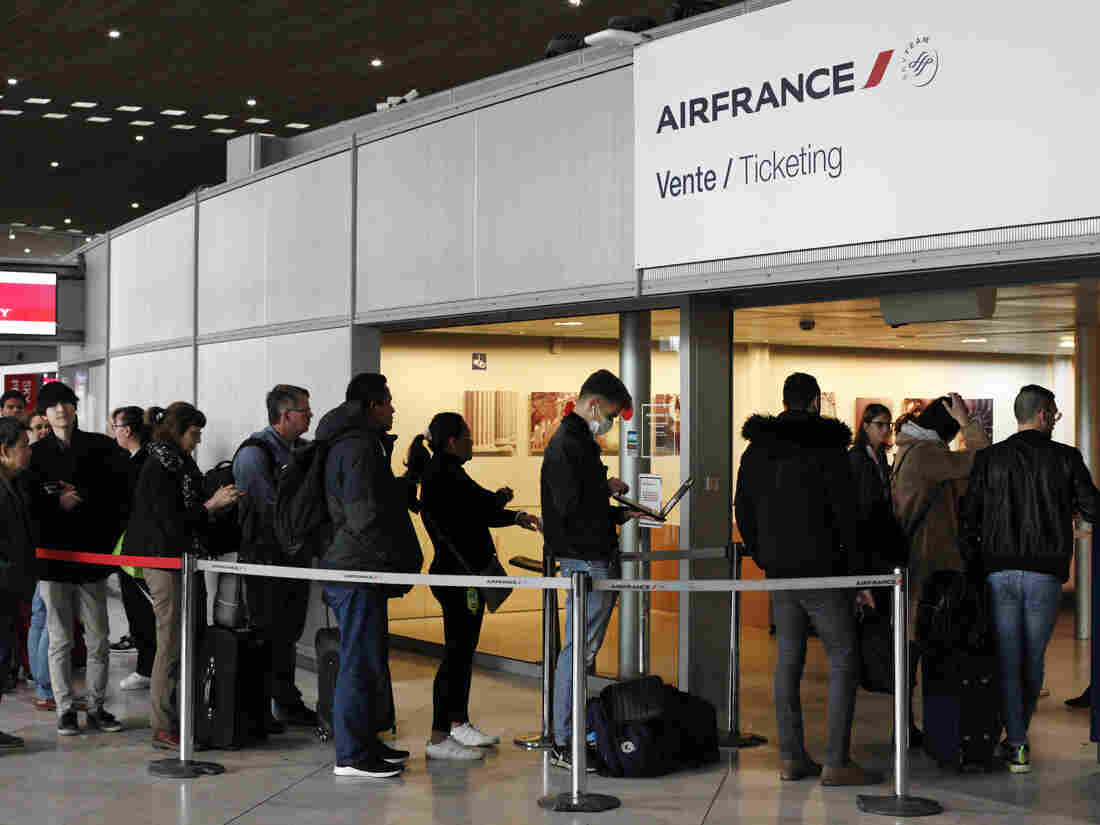 Passengers wait in front of the Air France desk at an airport near Paris on Thursday, a day after President Trump announced a 30-day ban on travel from most of Europe to the United States. Thibault Camus/AP hide caption 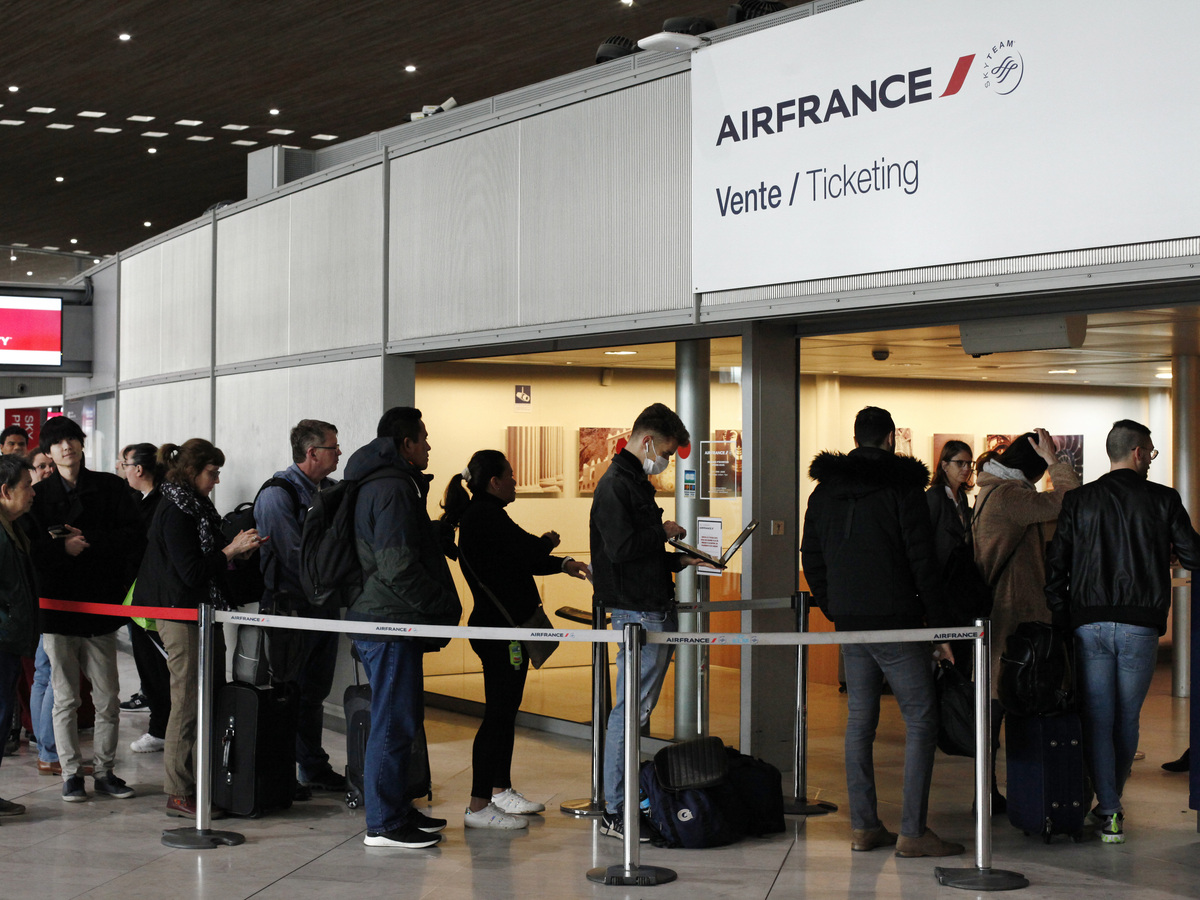 Passengers wait in front of the Air France desk at an airport near Paris on Thursday, a day after President Trump announced a 30-day ban on travel from most of Europe to the United States.

President Trump announced a 30-day ban on travel from several European nations starting at midnight Friday in a bid to rein in the spread of the coronavirus. Here's a look at what that means and who will be affected:

According to a statement released by Chad Wolf, the acting Homeland Security secretary, the restrictions apply to "foreign nationals" who have been in any of the Schengen nations, 26 European countries with open-border agreements, in the past 14 days prior to their scheduled arrival in the U.S.

Foreign citizens who have traveled to those nations will not be allowed into the U.S.

I am an American citizen, but I traveled to Europe in the past two weeks. Can I return to the United States?

In remarks Thursday, Trump said Americans returning from Europe would be tested for the virus — and would not be allowed into the country if they have the virus.

"We're not putting them on planes if it shows positive," he said. Americans will be quarantined upon arrival, he said.

"You have to have separation, or this thing takes longer to go away," he said.

According to Wolf's statement, U.S. passengers who have been in the affected European nations will be required to travel through "select airports where the U.S. has implemented enhanced screening procedures." Vice President Pence said Thursday there are 13 such airports and added that those travelers who return to the U.S. from the EU will be asked to self-quarantine for 14 days.

Pence did not list the airports, but Wolf, in his statement late Wednesday, said DHS will list them in the next 48 hours.

I am from one of these countries but have a green card. Can I return to the U.S.?

Yes, according to the DHS: Legal permanent residents, along with (generally) immediate family members of U.S. citizens are exempt from the restrictions announced Wednesday.

What about citizens of the United Kingdom?
Citizens from the U.K., which includes England, Scotland, Wales and Northern Ireland, are exempt from this order.

I am an American citizen and have travel planned to Europe. Can I still go?

That depends. Many airlines have canceled flights, and the U.S. State Department issued a Global Travel Advisory that says in part, "The Department of State advises U.S. citizens to reconsider travel abroad due to the global impact of COVID-19."

How long will the ban be in effect?