Listen · 2:20 2:20
Performing Arts And Cultural Organizations Close Their Doors Due To Coronavirus 2:20 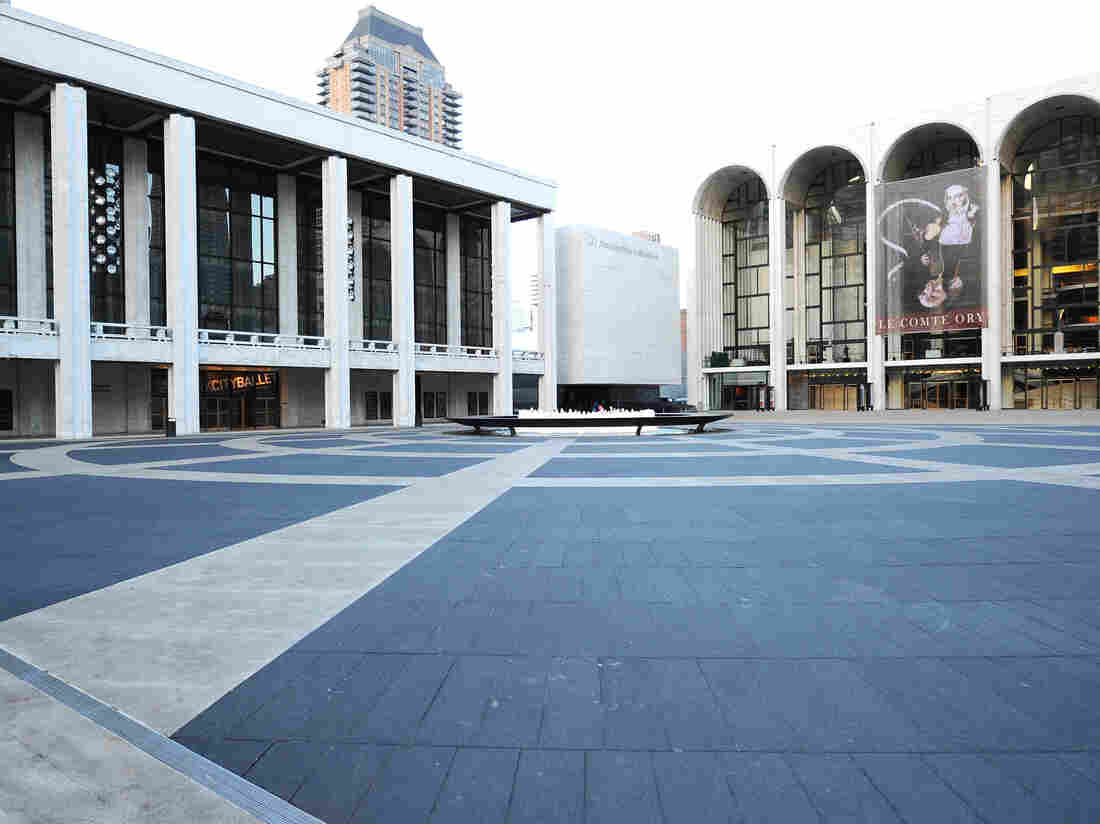 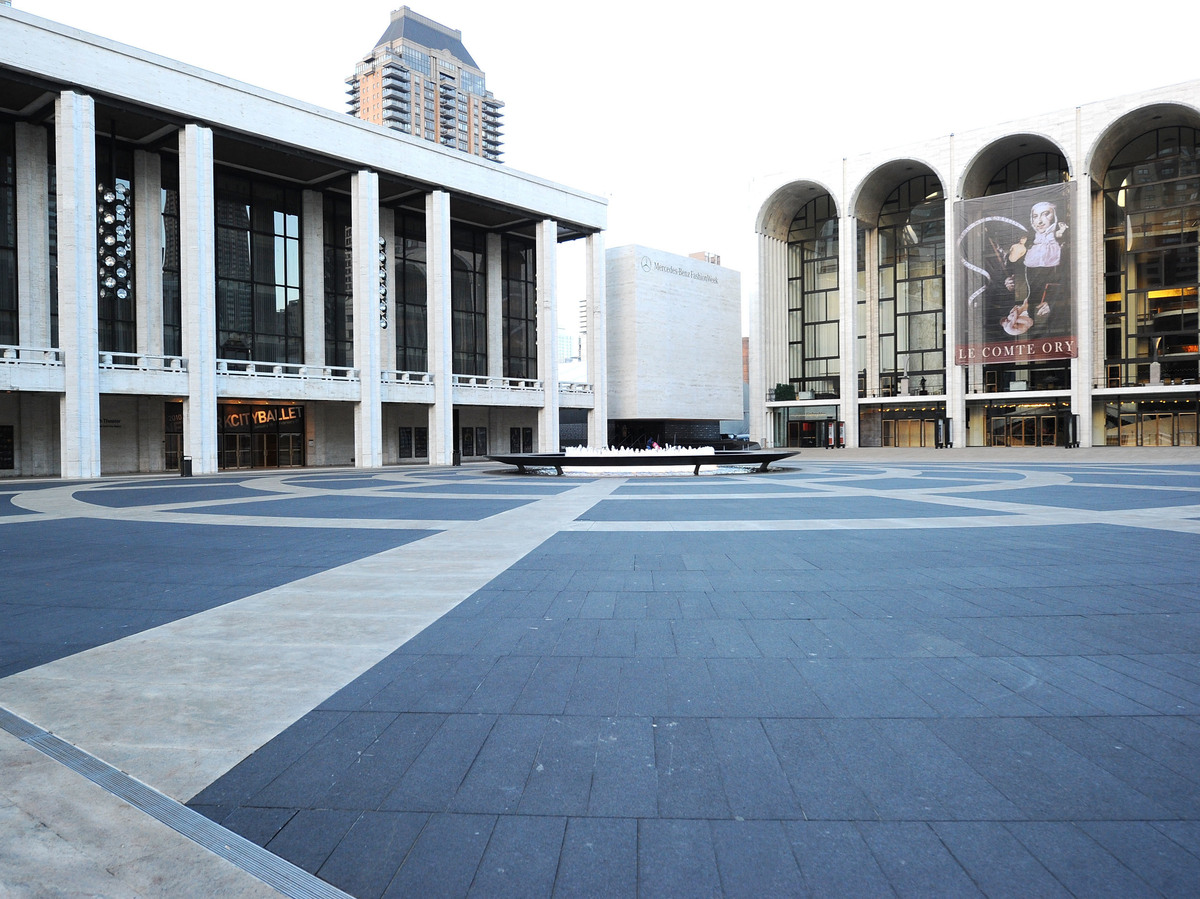 An empty Lincoln Center will be a much more common sight over the coming weeks; all its constituent organizations have all closed temporarily due to coronavirus worries.

Concerns over coronavirus are having a deep impact on performing arts and cultural institutions across the United States.

This afternoon, New York governor Andrew Cuomo banned all gatherings of more than 500 people, cutting off much of New York City's cultural life. Along with all Broadway theaters and the Metropolitan Museum of Art, Carnegie Hall, the Metropolitan Opera and Lincoln Center announced today that they are locking their doors.

But clubs, theaters and concert halls in cities across the country were already feeling the impact of coronavirus concerns. For example, performances by the Los Angeles Philharmonic and the Philadelphia Orchestra have been cancelled. Yesterday, San Francisco's mayor banned all large-scale gatherings, which includes everything from performances by the San Francisco Symphony to the 150th anniversary celebrations of Golden Gate Park. In Seattle, gatherings of more than 250 people have been prohibited, which is affecting big venues and small rock clubs alike. Meanwhile, performances at colleges and universities across the US have been canceled or postponed, too, as campuses shut down.

All of that is having an enormous effect, says Robert Lynch, the president and CEO of Americans for the Arts, an advocacy group.

"The good news is that the economic impact of just the nonprofit arts in America is $166 billion annually," he says. "But the bad news is the loss of that is equally significant on the American economy."

He says that the potential economic impact to all of these cancellations and postponements is real and potentially devastating, especially to nonprofit presenters and to artists who aren't megastars.

"The individual artist is highly at risk here and probably in many, if not most, cases has the slimmest of economic safety net set up in order for them to survive," he says

The coronavirus effect won't just be felt by performers, venues and audiences, Lynch says. When live performances and other events don't happen, all kinds of other companies lose money, too, like bars, restaurants and hotels.