Accessibility links
Brazilian Official Who Met Trump Last Weekend Tests Positive For Coronavirus During a trip to Florida, Fábio Wajngarten posted a photo of himself on social media standing directly next to President Trump and wearing a hat that says "Make Brazil Great Again." 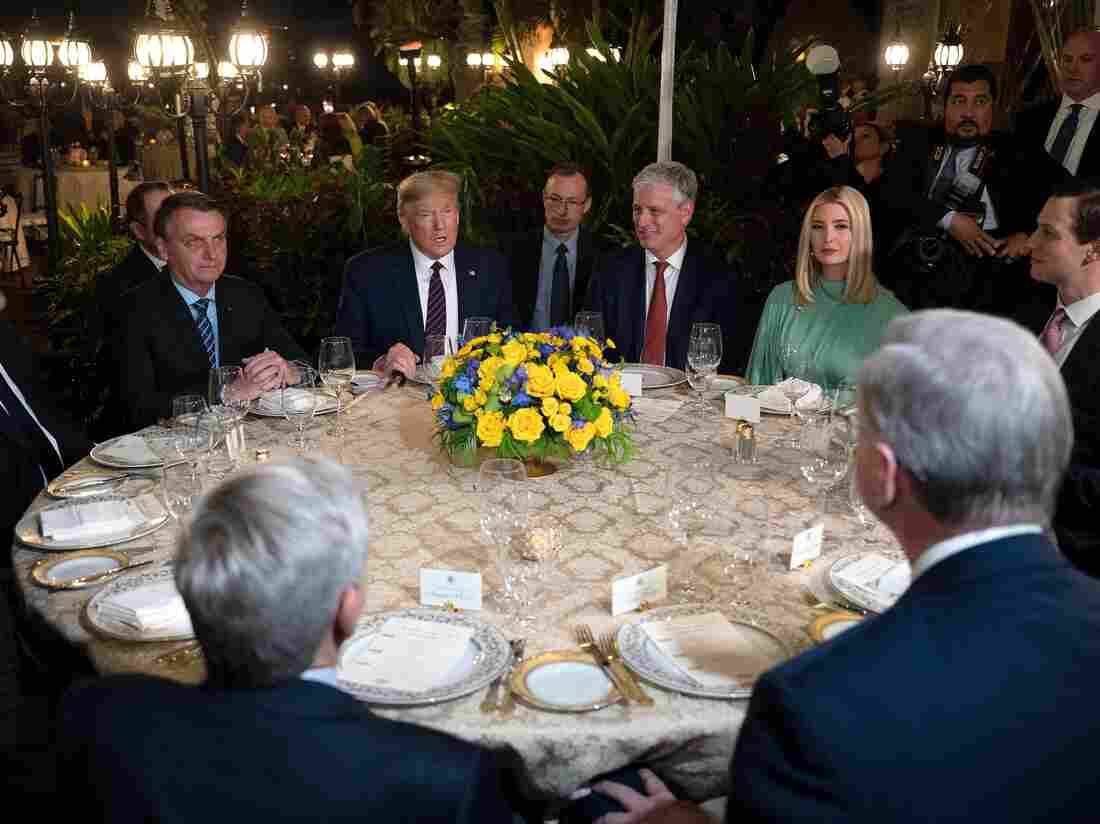 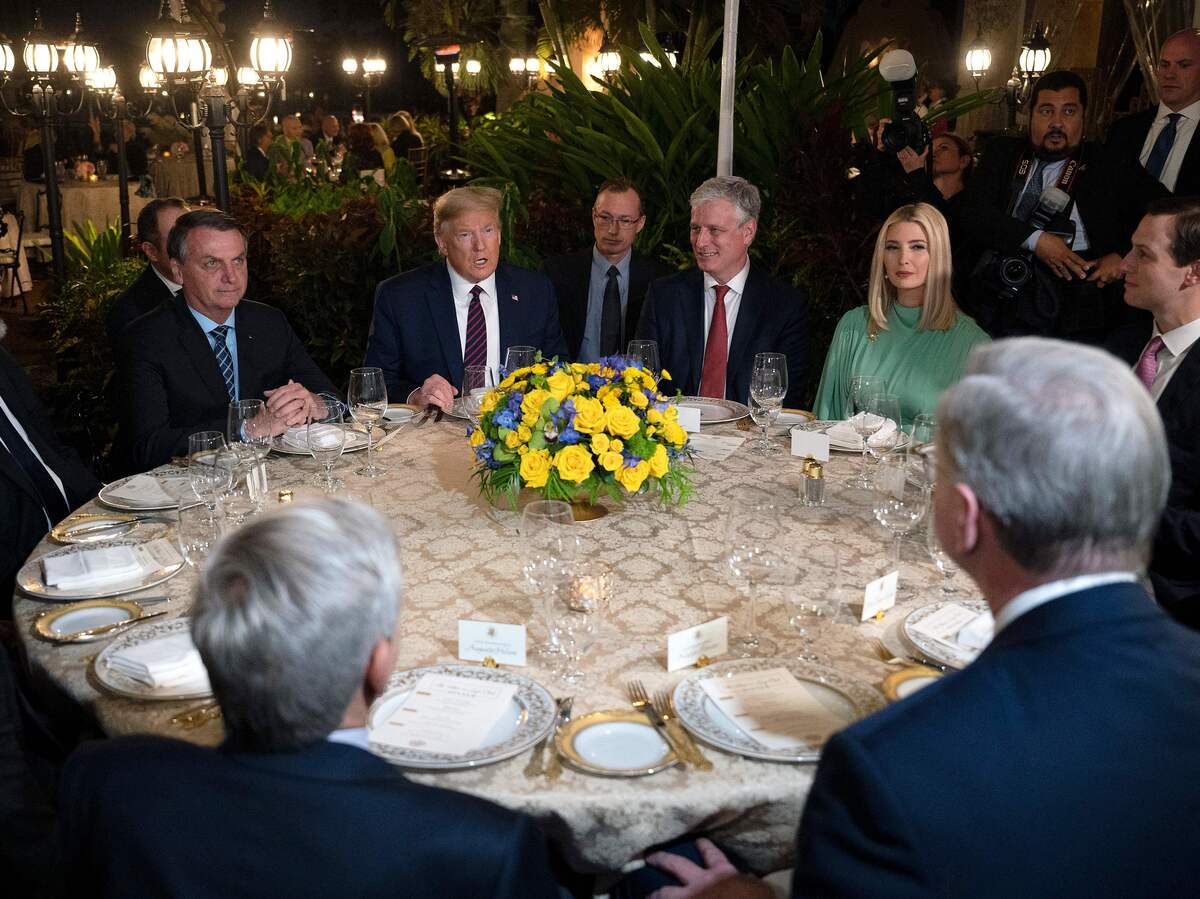 President Trump and other U.S. officials met with Brazilian President Jair Bolsonaro and his delegation last weekend at Mar-a-Lago in Palm Beach, Fla.

The Brazilian government says an official who met President Trump at the Mar-a-Lago resort last weekend has tested positive for the coronavirus.

Fábio Wajngarten, the communications director for Brazilian President Jair Bolsonaro, was part of a delegation that traveled to the U.S. During that trip, Wajngarten posted a photo of himself on Instagram standing directly next to Trump and wearing a hat that says "Make Brazil Great Again."

On Thursday, Trump said that he was aware the aide was being tested. "Let's put it this way: I'm not concerned," he told reporters.

Later in the day, White House press secretary Stephanie Grisham stated that "both the President and Vice President had almost no interactions with the individual who tested positive and do not require being tested at this time." She added the exposures from the case are "being assessed, which will dictate next steps."

"There is currently no indication to test patients without symptoms, and only people with prolonged close exposure to confirmed positive cases should self-quarantine," Grisham said.

Florida Sen. Rick Scott said Thursday that he has decided to self-quarantine because of possible contact with Wajngarten. He said, "While I do not believe I interacted with the infected person, that individual was in the same room as me." Scott added that he is "feeling healthy and not experiencing any symptoms at this time."

South Carolina Sen. Lindsey Graham, who was at Mar-a-Lago last weekend, also said Thursday that he plans to self-quarantine as he waits for the results of a coronavirus test.

Bolsonaro's office said Thursday that its medical services are "taking all necessary preventative measures" to keep the president and his staff healthy. It said that Wajngarten is under home quarantine.

Two days ago, Bolsonaro questioned whether the danger posed by coronavirus is being overblown, saying it "is not all the mainstream media makes it out to be."

According to the World Health Organization, there are nearly 1,000 confirmed cases in the U.S. and 52 in Brazil.

To prevent the coronavirus from spreading, the Centers for Disease Control and Prevention recommends washing hands with soap and water for at least 20 seconds or using a hand sanitizer if a sink isn't available. The World Health Organization says people should wear face masks only if they're sick or caring for someone who is.