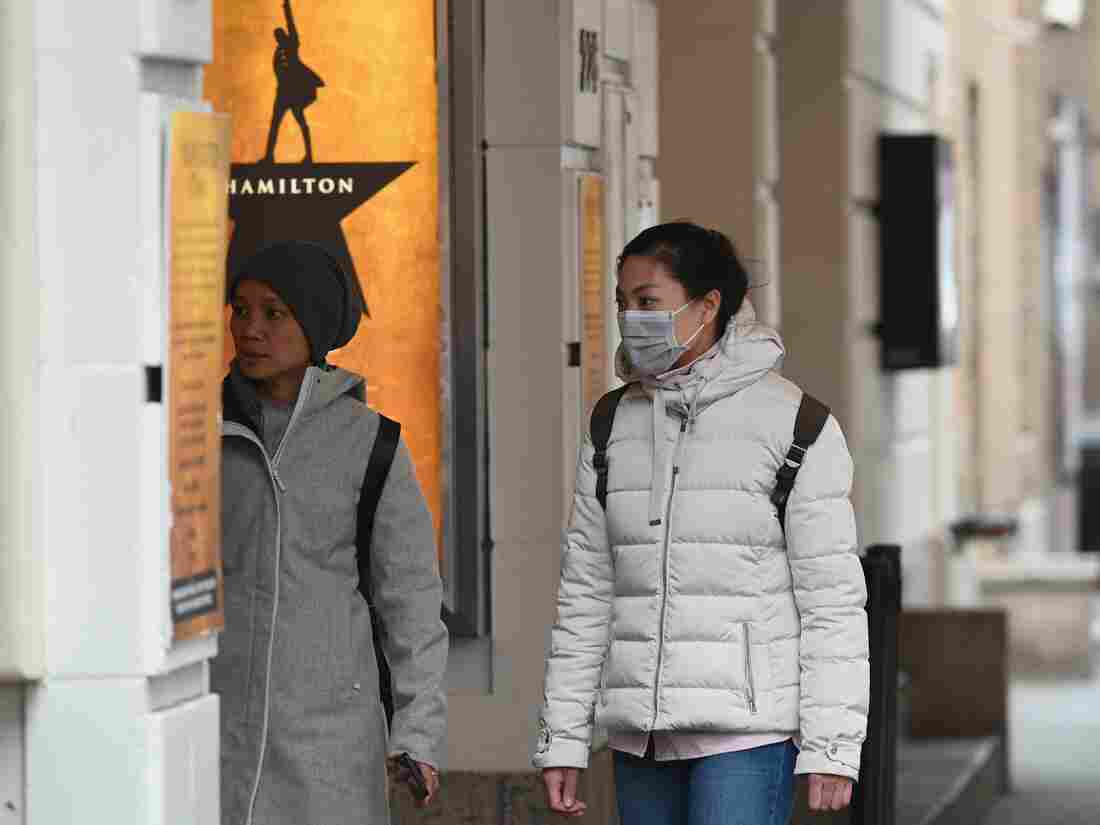 A woman walks past the theater showing Hamilton on Broadway on Thursday in New York City. Audiences won't be seeing the award-winning play for at least a month. Angela Weiss/AFP via Getty Images hide caption 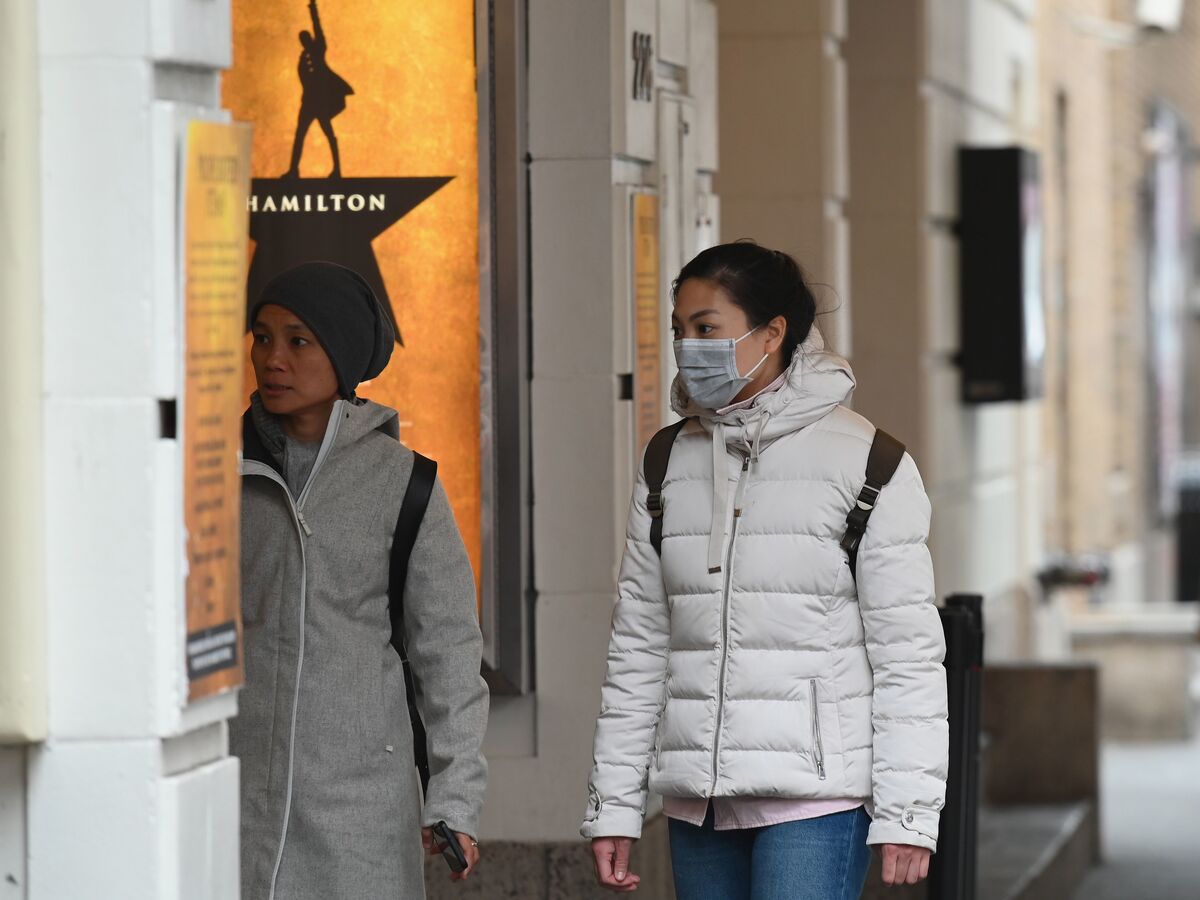 A woman walks past the theater showing Hamilton on Broadway on Thursday in New York City. Audiences won't be seeing the award-winning play for at least a month.

To stem the spread of coronavirus, New York's major cultural institutions announced they would be suspending performances or closing their doors, beginning Thursday.

Citing the need for "drastic measures," Gov. Andrew Cuomo ordered an end to all gatherings of 500 or more people, effectively shutting down Broadway and all of the major nonprofit performing arts venues, including Carnegie Hall, the New York Philharmonic and the Metropolitan Opera. The Metropolitan Museum of Art announced it would be closing on Friday.

Peter Gelb, the Metropolitan Opera's general manager, wrote, "With health authorities urging social distancing with greater emphasis, it is simply untenable for us to continue to perform, as it puts our artists, staff, and audiences at risk."

Most of the nonprofits announced they would be closed until March 31, but Broadway's theaters don't plan to reopen until April 12.

The economic impact will be widespread: In addition to ticket receipts of $1.8 billion last season, Broadway is the largest tourist attraction in New York, with thousands of businesses relying on it – from restaurants to hotels to taxicabs.

And the closing couldn't come at a busier time of the year. Six shows were to open before the end of March, while nine others were scheduled to open before April 23, the deadline to qualify for Tony Awards. Some shows, which have been struggling at the box office, may not reopen. According to Deadline, a monthlong shutdown could see Broadway losing more than $100 million.

Theaters and concert halls are offering ticket exchanges or refunds or accepting donations.

A previous version of this story incorrectly referred to N.Y. Gov. Andrew Cuomo as Mario Cuomo.